Well, we are in a Winter Storm Warning….again.  It is Sunday evening and they have issued a warning for Monday evening through Wednesday noon.  I really don’t mind the snow (when I’m in the mountains and can ski on it), but most of the time it’s a pain out here on the farm.  We live on top of a hill so we get the nice north wind blowing right at us.  It is also very hilly in our area, so our roads blow shut easily.  Last year (Winter 2009-2010) we got snowed in four different times!

I guess I should be thankful that we at least have our crops out this year!  Below are some pictures of fields in our area that weren’t able to be harvested until the spring due to all the snow that we got last year.  We’re getting quite a bit of snow again this year, but it didn’t start on October 10th like it did in 2009! 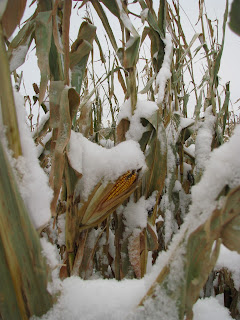 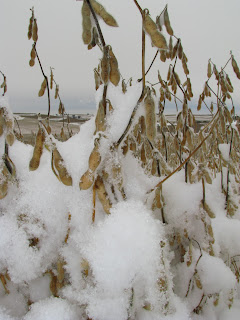 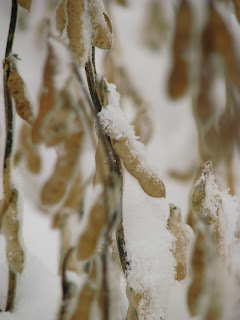 These were taken on January 5, 2010 after an ice storm came through. 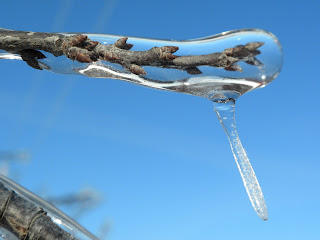 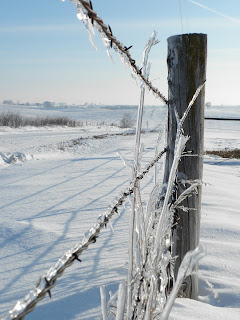 January 9, 2010.  It snowed so much that our cattle lots filled up and we weren’t able to get them cleaned out.  One day we found the bulls in a different pen; they were able to walk right over the corral fences because the snow was so high and frozen solid! 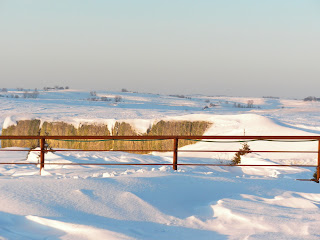 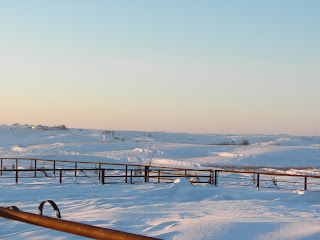 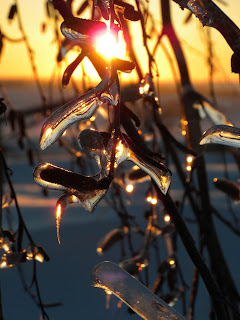 These pictures were taken on January 10, 2010.  Our corn fields weren’t harvested until the end of March/beginning of April!  Considering they stood in snow all winter long, the corn was drier in the spring than it was when we began harvest the previous fall.  So we didn’t have to run the grain bin dryers on it! 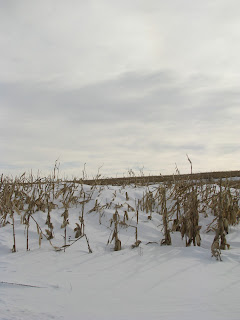 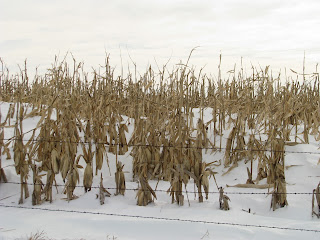 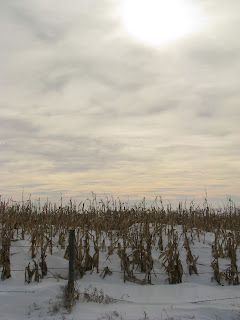 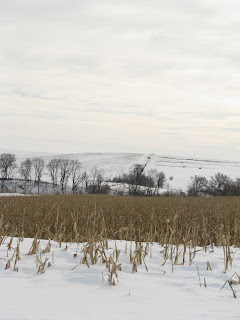