HD and I are out in south central Nebraska for work for a couple of days.  When we come out here we stay at my parents house on the lake.  Grandpa likes to take HD fishing now that the weather is warmer.  Last year HD was only about three months old when he “caught” his first fish with Grandpa.  As you can see from the pictures below Grandpa “wore” HD so he had two free hands to fish with.  He didn’t seem to mind just “hanging” out there.  It was so cute! 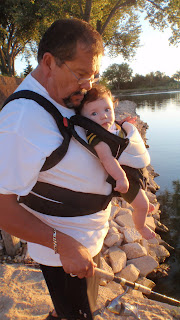 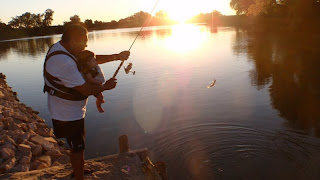 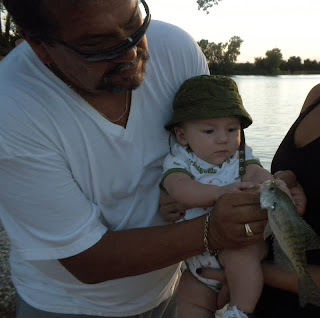 This year HD can’t be “worn” so he had to wear his lifejacket.  The little stinker would have walked right into the water had I not had ahold of the little handle/strap on the top of the life jacket the entire time! 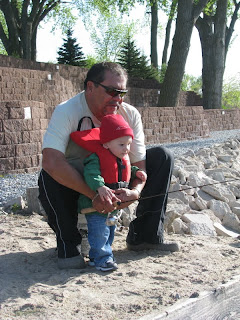 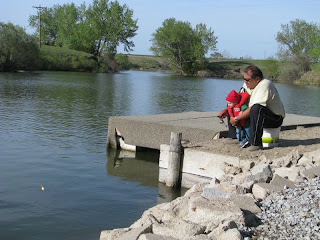 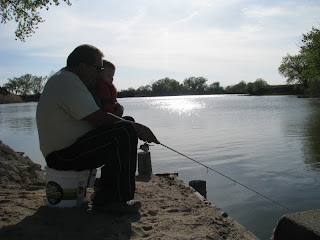 HD didn’t really like his lifejacket.  He couldn’t move very well in it and if he fell over he couldn’t get back up! 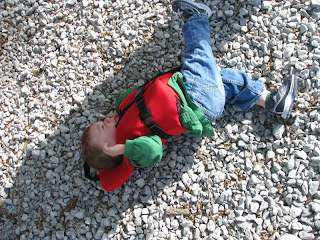 I think he liked to play in the minnow bucket more than helping Grandpa catch big fish. 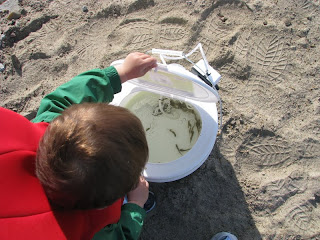 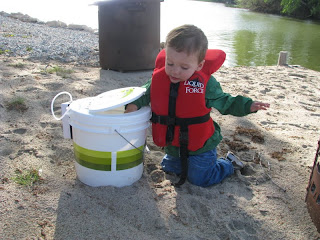 They caught five crappie and then released them.  HD wasn’t sure what to think when Grandpa let him hold it.  We’ll see if Grandpa turns him into as good of a fisherman as his momma was when she was little.  I caught my first master angler when I was three years old (it was a a 6.9 pound drum) and my second master angler when I was eight (it was a 12.8 pound northern pike)! 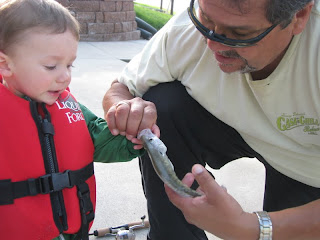 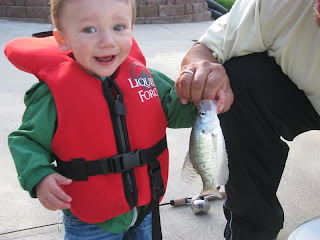