This past weekend we celebrated our nephew’s 5th birthday with Kevin’s immediate family.  With Jon, I can actually say, “I remember when you were born!”  It was the summer that Kevin and I were first dating.  His sister and her family were packing up and moving to a different town and Janet (Kevin’s sister) was nine months pregnant.  Crazy!  Anyways, Jon wanted a chocolate cake with chocolate frosting (and I wanted ice cream) so I made him this very chocolaty ice cream cake.  It’s very easy to make, but you need to allow yourself about an hour per step (total of at least 4 hours) to make it since each layer needs to be frozen before the next layer gets added.
Here’s the recipe:
Chocolate Ice Cream Cake
1 pkg. (14.2 oz) Keebler Chips Deluxe Cookies-Original
1/2 cup of margarine, melted
1.75 quarts chocolate ice cream
8 oz. Cool Whip
16 oz. fudge
M&M’s to decorate 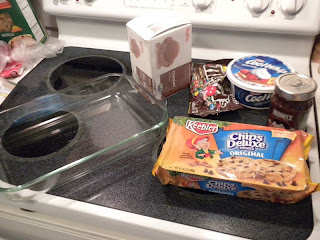 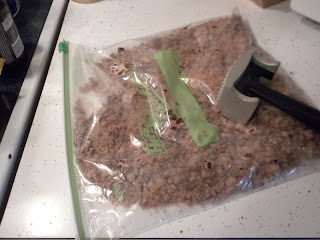 Place all of the cookies into a large baggie and crush them (I used the flat side of a meat tenderizer). 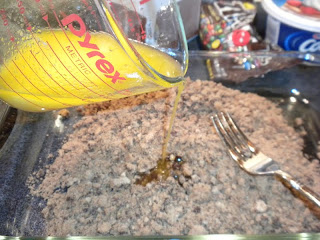 Place the crush cookies in a 9×13 inch pan.  Add the 1/2 cup of melted margarine and toss with a fork until mixed well. 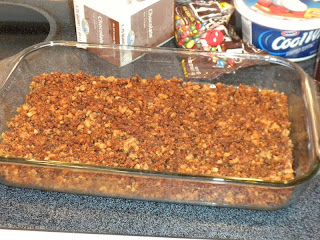 Spread out the cookie mixture in the bottom of the pan and place in freezer until frozen solid (about 1 hour).  While the cookie crust is freezing, set the chocolate ice cream out to start thawing so it is easy to spread over the cookie crust. 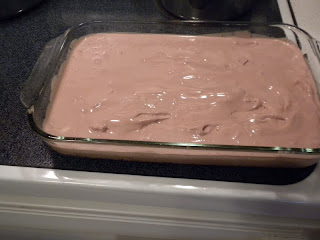 Spread the entire carton of chocolate ice cream over cookie crust and place in the freezer until frozen (about one hour). 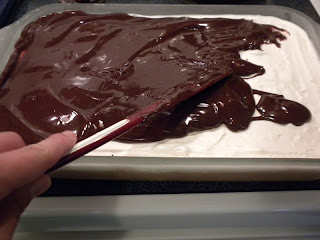 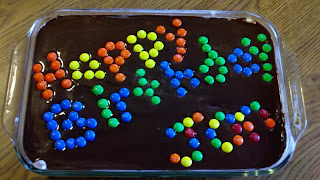 Decorate with M&M’s if you would like to.  Then place in freezer to set top layer. 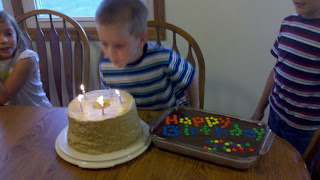