Well, this has been a very productive day.  Not sure how I got all this done today and how it differs from other days, but I just thought I would share!
My day started out by dropping HD off at daycare and heading to the office.  Ran home to switch laundry and eat lunch then went back to the office.  After work, I got a 3 mile run in and it felt great!  Then right before I headed over to pick up HD from daycare, Rhonda (Kevin’s mom) stopped by and told me that she saw, what she thought was a calf outside the fence at Jim’s (Kevin’s brother).  She thought we’d better go take a look, since Jim wasn’t home yet and Kevin (they are Kevin’s cows) was out of town at meetings.  So she ran home to change and I ran to get HD and then brought him home and left him with Marian (Kevin’s grandma) and Cheri (Kevin’s aunt) who live next door.
Rhonda and I headed over to Jim’s, which is about 5 miles away.  Sure enough, there was a calf on the wrong side of the fence.  So wevdecided on our game plan and set off.  Luckily there was a gate at the top corner of the pasture, so I ducked under the fence to go get the calf and Rhonda headed up to open the gate.  This calf wasn’t the brightest calf ever, but we did manage to get him back inside the fence where he belongs. 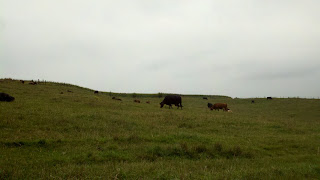 Then we proceeded to fix the fence.  It is in pretty good shape, but there were just a couple of loose spots that we took some extra wire to and fixed them right up! 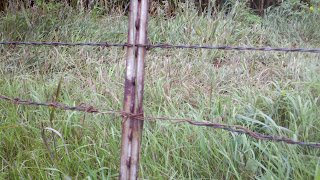 One hour and 15 minutes later, we were headed home.  When we arrived home I had a hungry boy on my hands and luckily we had some left over pasta and homemade apple sauce to satisfy both of us.
As soon as we were done eating, I wanted to get the green beans that I picked last night canned, so that was next on our agenda.  (More about that in a later blog this week!)  While I was getting everything ready, I found HD playing with my running shoes that I had left sitting out.  He has a thing for our shoes.  He’s always trying to put on our flip flops that are sitting by the front door.  What a funny little guy! 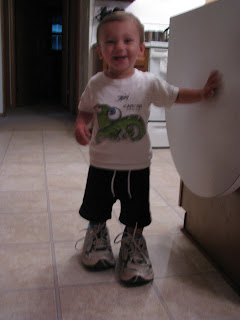 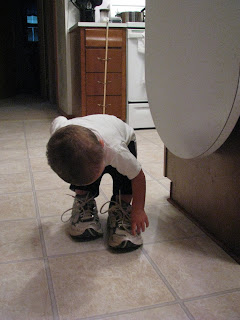 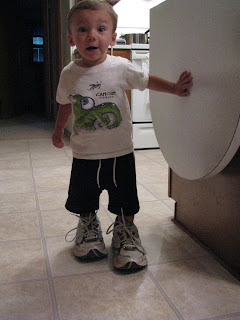 While the green beans were pressure canning, HD and I went downstairs to switch laundry, make the guest bed with clean sheets and fold and put away towels.  Then we did a little straightening up down there. 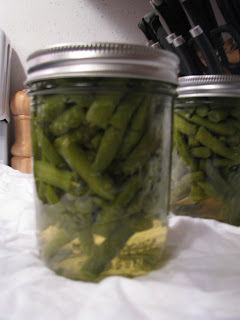 After all of that, it was 8:40 and time for HD to go to bed.  Every night we have to read a few a lot of books before bed.  He has about 12 books that we keep in a basket by the chair and we pretty much have to read all of them before he is ready for bed.  But after that, he goes to sleep easily!  Plus I don’t mind since he actually sits on my lap and snuggles a little! 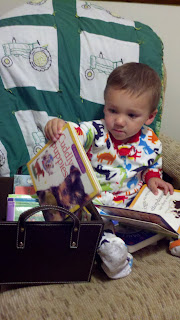 I had him in bed and then got myself ready for bed by 9pm!  I did a little stretching since I didn’t get to do that early due to the calf being out and then worked on this blog post and played around on Pinterest for awhile.  If you have never used Pinterest before, check it out!  It’s awesome!  And addictive!
Well, that was my fun/productive/tiring day.  How was your day today?  Did you get a lot done too?  Have a great week!