Deer hunting this year came and went and I only got to go out for one afternoon!  Boo!  We always go during the second season of shotgun in Iowa with some really good friends of ours.  The afternoon that I got to go we were getting set for our last push of the day.  Kevin and I were in our spots and our friend Arnie was going to walk through the timber and push the deer towards us.  I was posted at the top of a hill so I could see on both sides and Kevin was down at the bottom of the hill further away.  I had a better view of the timber than he did and I saw the deer first.
The first few were does and then there was a buck. And then there was a bigger buck!  I shot twice and missed.  Boo again!  I was shooting downhill at about 180 yards with a 20 gauge and the deer was running.  (That’s my excuse!)  Since I missed I thought to myself, “Kevin you better get him!”  Luckily my shooting at it didn’t scare it in a different direction.  It kept running straight and ran right by Kevin.  One shot and he was done!  It was fun, but it would have been even better had I got him first!  🙂  Oh, well.  Maybe next year! 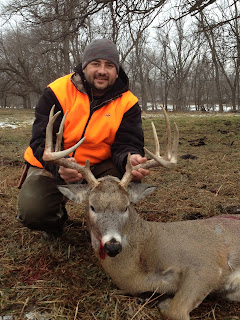 A few nights later, Kevin, HD and I went over to our friends Arnie and Peggy’s house.  The guys had just got done hunting and Kevin had gotten a doe.  They brought Peggy (from over at Emergency Food Question Network) the heart and she cooked it right up!  I’ve never had deer heart before, but it was really tasty!
Here’s how she made the deer heart:
First rinse it off really well and then slice it in half. 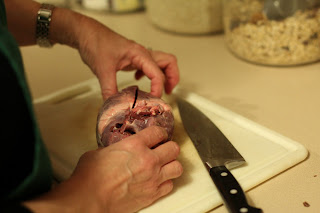 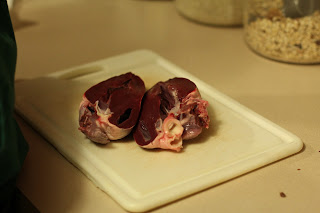 Then cut off all of the tough fibers and valves. 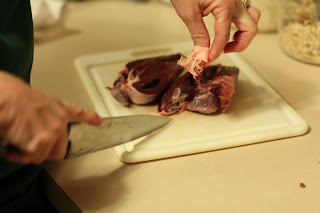 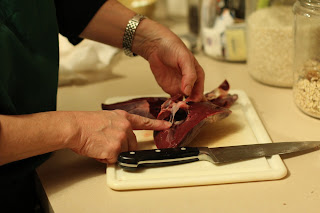 Meanwhile, melt a few tablespoons of butter in a frying pan. 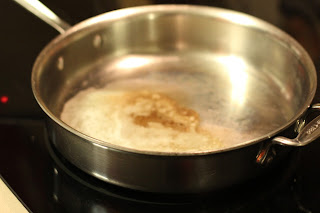 Then slice the heart into thin strips. 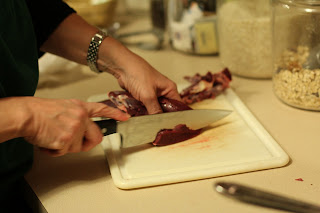 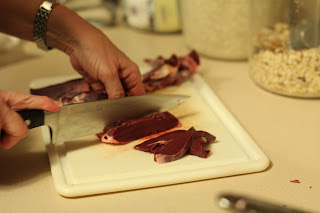 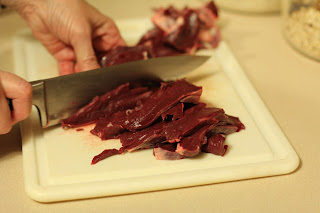 Next up, place some flour, salt and pepper into a mixing bowl.  Give it a good stir.  Then place each strip into the flour mixture and coat it evenly. 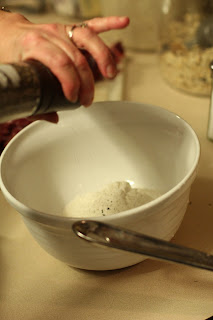 Lay each strip in the frying pan when the butter has melted. 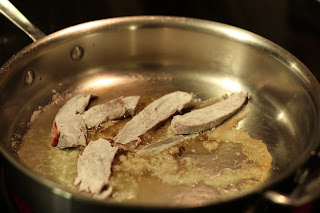 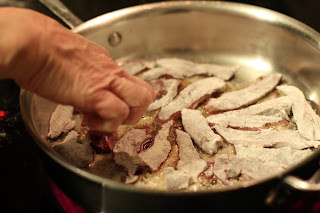 Let the strips cook a few minutes and then turn them over. 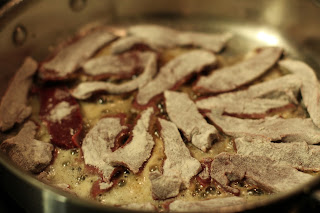 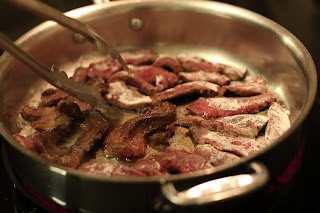 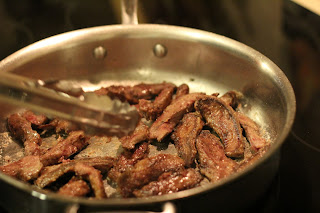 As soon as they are cooked all the way through, eat them!  We just ate them plain that night and they were scrumptious!