Here is the final part of our 10 day vacation to Florida that we took a few weeks ago.
On Friday, January 6th we woke up early on the cruise ship because we wanted to be one of the first one’s off so we could hit the road for Orlando.  We chose the earliest departure time of 9am, but we were ready by 8:30 and were actually heading down to get in line when someone came over the sound system saying that there is no line if there were people who were ready to depart right then.  Yeah!  We went through immigration and customs fairly quickly and then got our car from the valet and hit the road all by 9am, which is when we were suppose to just be getting off the ship!
We hadn’t eaten breakfast yet, so we drove a little ways down the interstate when Kevin pulled off at the Jupiter exit.  We came across Jim’s Place Restaurant and had a great breakfast.  Afterwards, we headed back down the road to Orlando.  We got to our hotel around noon and were able to check in early.  Yeah!
Next we called Kevin’s aunt and uncle who happen to be staying in Kissimmee, FL for the winter months in their motor home.  We made plans to meet up with them the following afternoon and then took off to Universal Studios.  Since we didn’t’ have much time there in Orlando we decided to spend the afternoon and evening there.  We got there about 2pm and spent the next six hours riding rides at Island of Adventures (minus the one hour conference call that Kevin had to be on).  My favorite area was the Harry Potter world.  It’s like you literally stopped into that place.  Kevin didn’t even mind it too much!  When the park closed at 8 pm, we headed over to Hard Rock Cafe for a sandwich and then decided to catch a movie there at the movie theater. 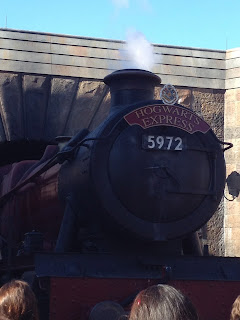 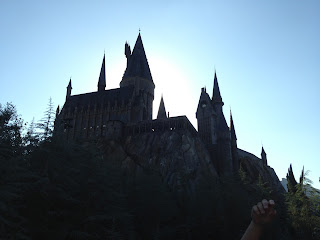 The next morning we got up bright and early to go play a few rounds of miniature golf.  I started out so well, and then Kevin came back and won the first round.  Then he just kicked my butt the second round.  🙁 When we were done there, we still had a few hours before we were meeting his aunt and uncle, so we stopped by the outlet stores! 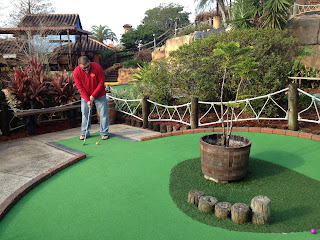 Kevin’s Aunt Marlene and Uncle Glen picked us up around 12:30 and we headed over to Clermont, FL to the Lakeridge Winery and Vineyards.  It is Florida’s largest winery and it was packed on that Saturday afternoon.  They were giving tours, tastings and had outdoor entertainment.  We had a great time and tried some very tasty wines mostly made from the Florida Muscadine grape. 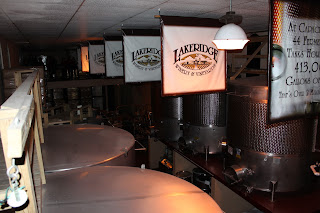 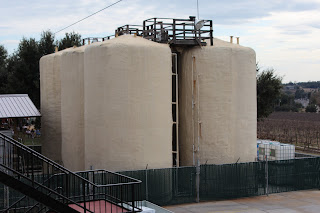 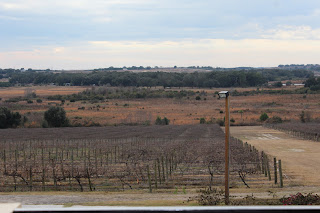 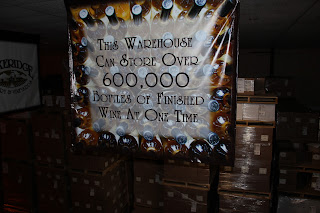 On our way back we stopped at The Showcase of Citrus which is an organic grove and market where you can pick your own oranges.  We didn’t have time to do that, but we did grab a couple to try and then hit the road.  We grabbed a quick late lunch/early dinner and then headed down to see where Monte and Glen are parked.  We had a nice time talking to them and also Skyping HD back home. 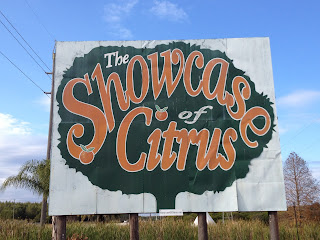 By the time we got back to our hotel that night, it was time to pack and hit the sack since we had to leave for the airport around 4am the next morning.
The next morning didn’t go quite like it was suppose to.  We should have been back to Omaha before 11 am, but as we were sitting on our flight out of Orlando, Kevin leaned over and said, “Something’s wrong.  It’s taking them too long to back away from the gate.”  About two minutes later, the pilot come over the sound system and said that there was a broken strap that needed fixed.  And since it was 6am on a Sunday morning, they were waking people up trying to get it figured out.  Finally about 45 minutes later, they let us off the airplane and our flight was canceled.  Since the line was so long to rebook, I got on my phone and called Delta directly.  The earliest flight that that lady could get us on left Orlando at 4 that afternoon getting us into Omaha after 11pm that night.  Ugh!  All I wanted to do is get home to see my baby at that point.
Kevin ended up talking to an agent at another gate and we were able to get on an earlier flight going through Atlanta that would put us home at 4pm instead!  Yeah!
When we got home that night, Kevin’s parents brought HD to us and we all ate dinner together.  He was so happy to see us as we were him!  I don’t think I want to leave him for that long again, even though I know that he was well taken care of while we were gone.  So I guess he’ll just have to go next time!
So, that was our ten day adventure to southern Florida, the Bahamas and Orlando.  Did any of you go anywhere over the holidays?  Was it warmer there than at home?