I love ice cream all year long, but homemade ice cream tastes especially good on hot summer days.  I had two peaches leftover the other day and decided that I would use them to make homemade peach ice cream.
I also decided to try a new recipe while I was at it.  This vanilla ice cream recipe is from a little recipe book of my mom’s from The Rival Company.  I believe it came with her ice cream maker awhile ago.
This recipe makes two quarts of ice cream.  If you didn’t want the peaches in there, just leave them out and you have just plain vanilla.
Peach Ice Cream
1 c. milk
1 c. sugar
dash salt
1 c. Half & Half
1 1/2 teaspoons vanilla extract
2 c. whipping cream
2 medium sized peaches
1-2 additional teaspoons of sugar

Start by scalding the milk until bubbles form around the edge. 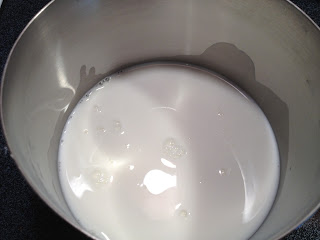 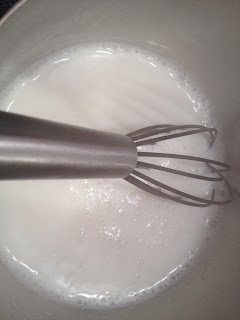 Remove from heat.  Add sugar and salt.  Stir until dissolved. 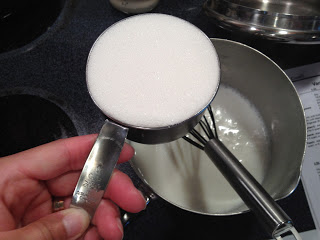 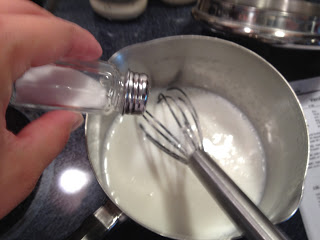 Stir in the half and half, vanilla and whipping cream. 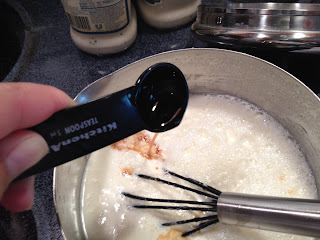 Cover and refrigerate for 30 minutes.  While the mixture is in the refrigerator, peel and dice two medium sized peaches. 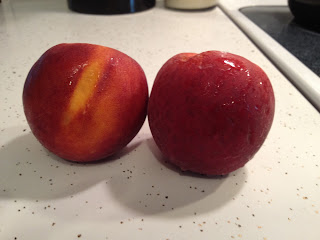 Place them in a bowl with a teaspoon or so of sugar and toss.  Then let them sit and become juicy while  until it’s time to freeze the ice cream. 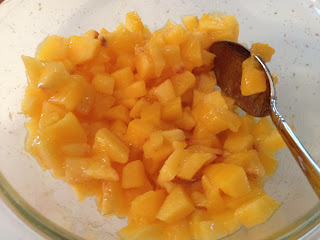 After the 30 minutes is up, freeze the ice cream mixture as directed by your ice cream machine.  Add the diced peaches for the last five minutes. 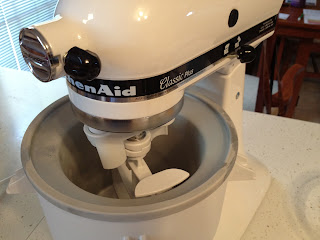 Once the ice cream is churned, you can either eat it immediately or put it in the freezer to harden and eat at a later time!  Enjoy! 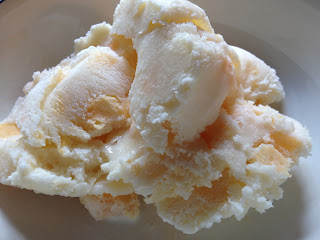