Well we hit two milestones this past week, I’m 20 weeks along (yeah, halfway there!) and HD started the terrible twos!

For starters, I’ve been feeling really good lately.  There’s been a lot of gardening to do and I’ve also been walking some.  I did a 5K with my sister Megan on the 4th of July…well, she ran it and I walked it, but it felt good to get some miles in.  I have another 5K coming up this Saturday-the Color Run in Omaha!  Sounds like a good time!

I’ve been feeling the “flutter” kicks from the baby for the past few weeks, but last night when I crawled into bed, I really felt a lot of movement.  I think I could even feel it on the outside when I put my hand on my stomach!  And today I’ve felt a lot of movement too.  I think that the baby is practicing his or her kickboxing moves already!  I absolutely love that feeling and didn’t realize how much I missed it!

As for the “terrible twos”, they started about a week ago.  All of a sudden “NO” was HD’s favorite word.  He hasn’t really been throwing temper tantrums, but he’s got quite the stubborn streak in him.  If he doesn’t want to do something he’ll just stand there and not move.  The other day we were in a gas station and he wouldn’t follow me out, he put his hands on his hips and wouldn’t not budge.  I know that it could be a lot worse, but this is a 180 degrees from how he normally acts!  He was even giving his Grandpa and Grandma troubles when he stayed with them the other day!  That’s so unlike him!  Hopefully this stage will pass fast!

We’ve had a busy week last week with taking a family trip out to my parent’s the weekend before the 4th and then having our annual 4th of July party in the middle of the week (along with the 5K and parade on the 4th too!).  So the week flew by and we had a great time!  Here are a few pictures from the past week!  Hope you all had a great 4th of July and here’s to the start of the the last half of the year! 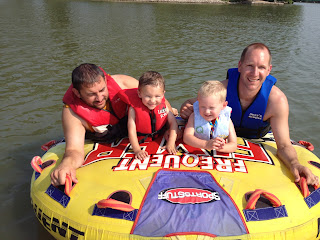 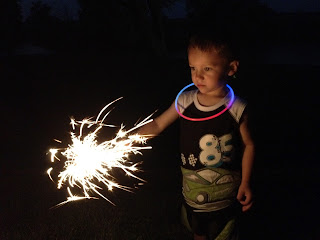 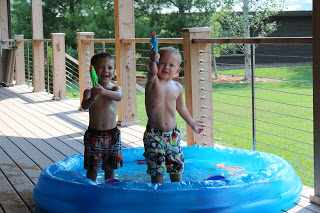 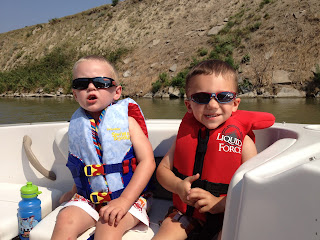 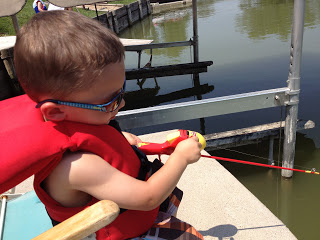 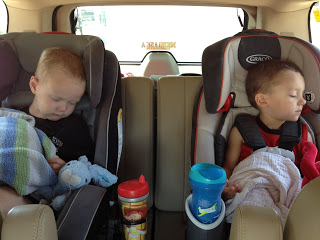 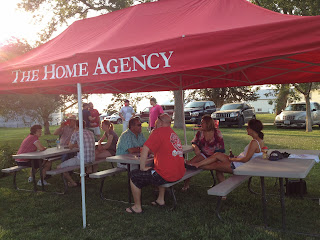 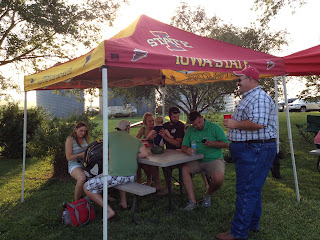 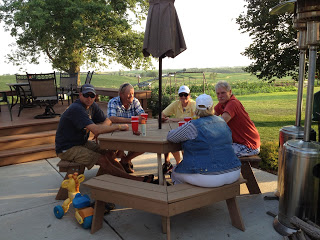 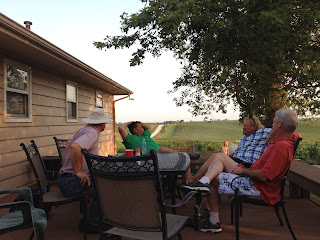