It finally cooled off yesterday which made me want to make some soup finally!  I love soup, but it’s just been to darn hot all summer long to even think about making it.
I decided on potato soup because I knew that I should have everything to make it.  Well, I did except for the potatoes!  Kind of important when making potato soup!  Luckily Kevin’s grandma, who lives right next door, always has a bag of potatoes on hand.  This isn’t the first time I’ve had to borrow a few!
This is very easy to make and took me about an hour from start to finish, but that was because I had to run outside twice to check on how the unloading process was going.  Kevin was trying to hurry and get done with a field before the rain came, so I was put in charge of turning off the auger and tractor when the gravity wagon was empty.  So, you could probably make this in about 45 minutes if you wanted too!  (By the way, we got 2.2″ of rain during the night, so that will keep the farmers out of the field for a day or two.)
Kevin found this recipe a few years ago in one of our cookbooks from a local church.  I have modified it a little bit and it’s one of my favorites!  Here’s the recipe!
Creamy Potato Bacon Soup
Serves 4-6 at least, more if you are eating it with a meal and not as your meal
Ingredients
8 large potatoes, cubed
carrots, sliced
celery, diced
1 small onion, diced
4 tablespoons of butter
1 can of cream of chicken soup
2 cups of milk
8 ounces of cream cheese
1 package of bacon
Directions
First start by dicing up the carrots, celery and onion.  I didn’t put any amounts for the carrots and celery.  It all depends on your preferences.  I probably put in about a half of a cup of both carrots and celery.  Place them in a large pot. 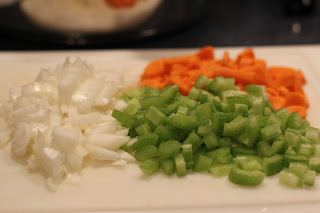 Next, peel and dice the potatoes.  I dice my pretty small so they cook faster. 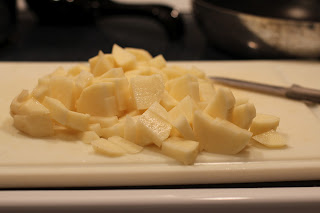 Throw the potatoes in the pot with the other veggies and cover them with water.  Bring it to a boil and cook until all the vegetables are tender.

Meanwhile, cut up a package of bacon into small pieces and cook them in a skillet.  You don’t want them to be crispy, just cooked all the way through.  When they are done, dump them on a plate with a paper towel on it to drain the grease off.  Set aside. 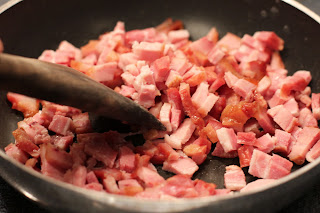 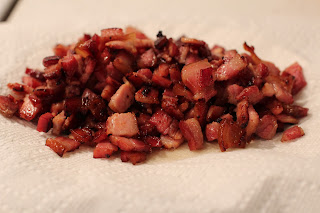 When the vegetables are tender, drain the water off of them and return them to the same pan. 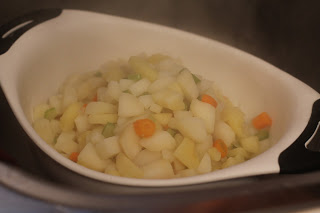 Add the 2 cups of milk, butter, cream of chicken soup and cream cheese. 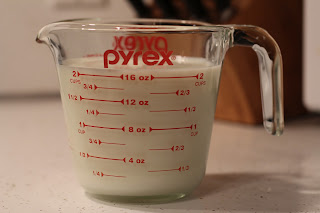 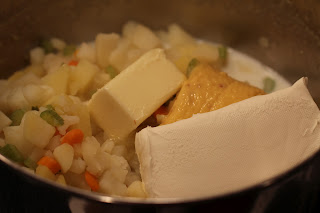 Heat over medium-low heat until the butter and cheese has melted. 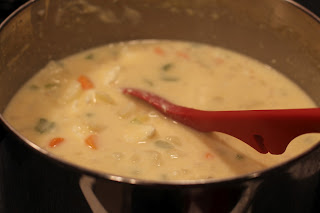 At this time, you can either eat it as is, or take a potato masher to it.  I like to use the potato masher because it makes a creamier and thicker soup.  So mash away until you reach your desired consistency. 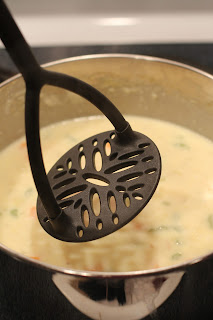 Next add the bacon and mix well.  Then sample the soup.  Up until this point I have not added any salt or pepper.  Sometimes the bacon adds enough “salt” to the soup that you may not need to add any more. 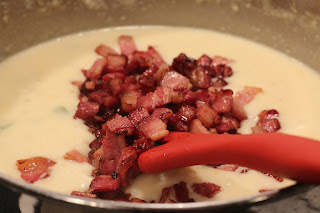 If not, add salt and pepper to taste. 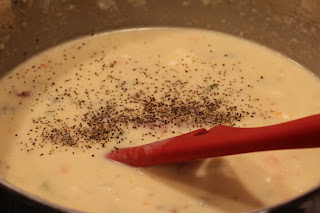 Mix well.  At this time it should be nice and hot and ready to serve! 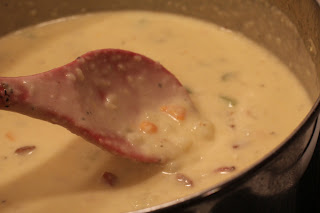 Add a little shredded cheese to the top of the soup and enjoy!!! 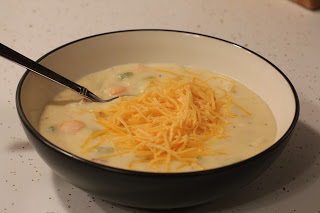 My little man really enjoyed it! 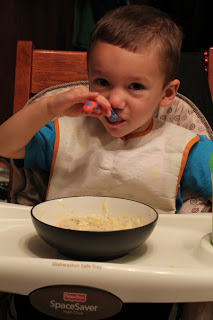 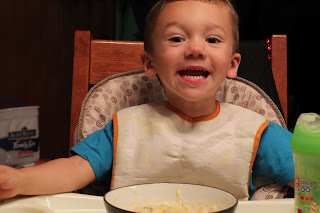 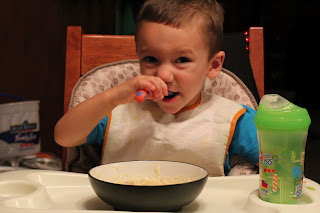 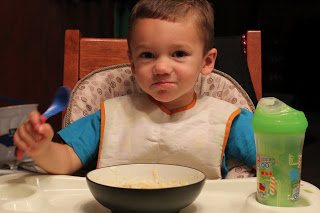