On behalf of National Dairy Month (I know, I know, it’s almost over!) I want to share this recipe for homemade strawberry vanilla bean ice cream that I made last week.  It’s so yummy!  I think what makes it so good is that I used a real vanilla bean instead of just vanilla extract like I have done in the past. 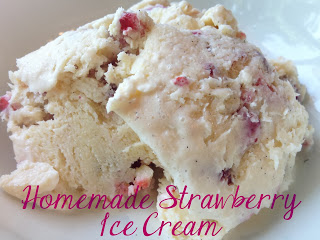 (My strawberries have been going crazy in my garden, so I’ve been trying to find different ways to use them.  I’ll be posting some different ideas soon!  I’ve already come up with at least eight ways to use them so far!)
This recipe was very easy to make, but you need to make sure you chill it for at LEAST eight hours like the directions say.  I found out the hard way that it doesn’t set up very well when making it in the ice cream freezer unless it chills for those eight hours (or longer).  So just plan ahead and cook this up the day before you need it.  Then when it’s time to put it in the ice cream freezer you just have to pour it in!  Hope you enjoy!
Homemade Strawberry Vanilla Bean Ice Cream
(Makes about 2 quarts.  Adapted from KitchenAid’s Ice Cream Maker Recipe Book)
Ingredients
2 1/2 cups half and half
8 egg yolks
1 cup plus 2-3 teaspoons  of sugar, divided
1 whole vanilla bean pod
2 1/2 cups heavy whipping cream
1/8 teaspoon salt
2 cups of fresh strawberries, diced
Directions

In a medium saucepan over medium heat, heat the half and half until very hot, but not boiling.  Stir often.  Remove from heat and set aside. 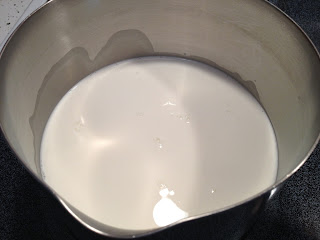 Place egg yolks and 1 cup of sugar in mixing bowl. 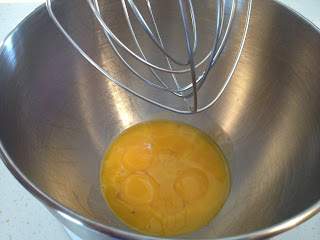 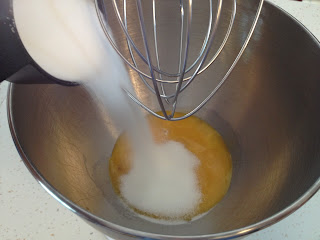 Mix with a wire whisk on low speed for about 30 seconds or until well blended and slightly thickened.  (I used my KitchenAid Mixer for this.) 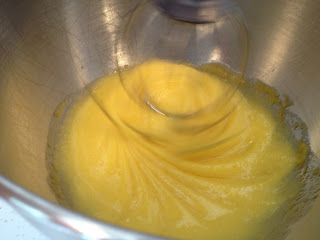 Continuing on low speed, very gradually add the hot half and half. 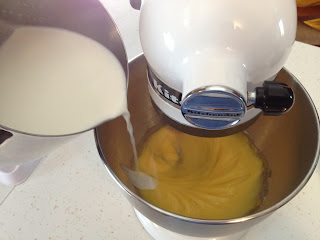 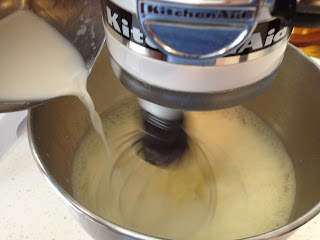 Return half and half mixture to the medium saucepan.  Skim off any foam that is on the top of the mixture. 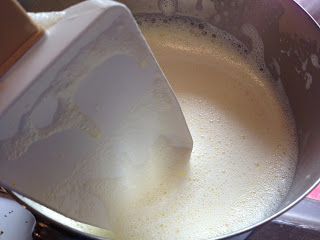 Slice the vanilla bean pod in half. 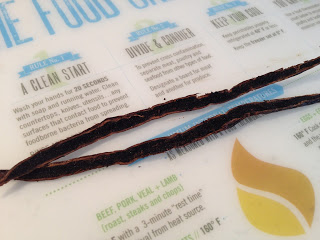 Scrap out the vanilla beans from the inside. 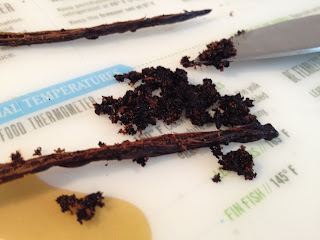 Add it all to the saucepan, including the pod. 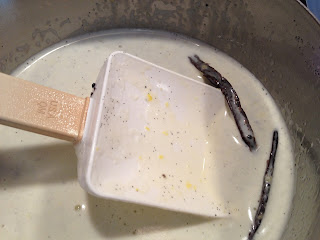 Cook over medium heat until small bubbles form around the edge and mixture is steamy, stirring constantly.  Do not boil.  Transfer half and half mixture to a large bowl.  Stir in heavy whipping cream and salt. 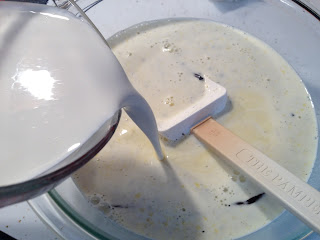 Cover and chill at LEAST 8 hours.  (This is very important otherwise it will not set up when put into the ice cream maker!)
At least eight hours later, right before you start to freeze the ice cream, clean and dice the fresh strawberries.  Toss with about 2-3 teaspoons of sugar.  Set aside while the ice cream freezes. 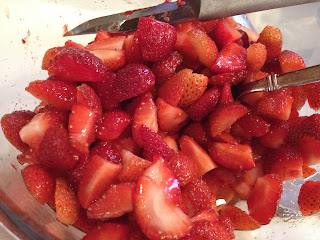 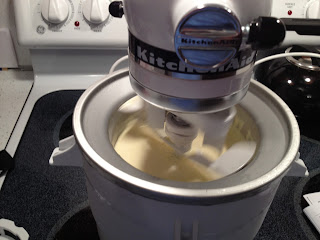 Mash the strawberries slightly.  Add during the last 5 minutes of freeze time. 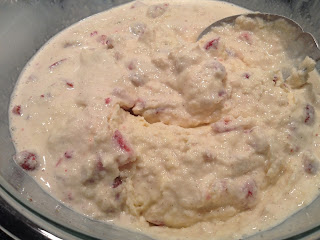 Once the ice cream is done, transfer to serving dishes or freeze in an airtight container.  Enjoy!
Note:  You can easily leave the strawberries out of this recipe and make plain vanilla bean ice cream too!