﻿Oh, August, where did you go???  Looking back through all the pictures that I took this month, I realized that we had a lot going on!
The month started out with Vacation Bible School.  HD was in the Pre-K class along with 27 other 3-5 year olds!  I stayed to help out the entire week.  HD did a really good job, considering he was one of the youngest in his class! 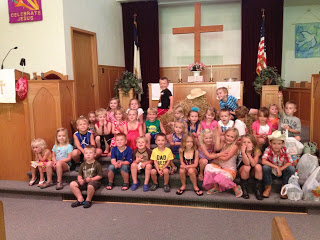 That weekend Kevin went fishing with a few friends and the wives and kids got together one of the nights.  It was such a nice night for everyone to play outside.  The kids decided it would be fun to roll down this big hill numerous times.  I think HD slept really well that night! 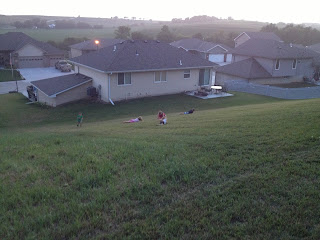 The next day we went to the State Fair in Des Moines with Kevin’s parents and my sister and had a great time!

Next on our agenda was HD’s surgery to get tubes put in his ears.  He’s had numerous ear infections and there’s been fluid behind his ears that just wouldn’t go away, so it was time to try tubes. 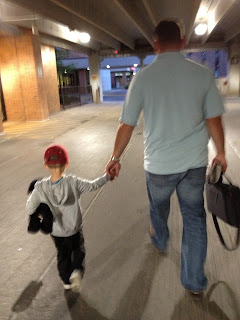 The surgery went really well and HD was a champ.  He had just had a hernia repair done in December, so he kind of remembered the drill. 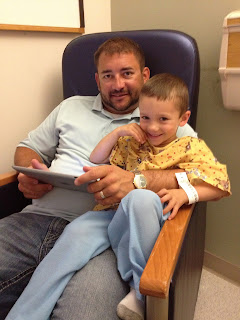 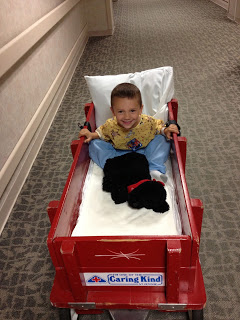 AJ is all over the place!  This is kid is why baby gates and cupboard locks were invented!  He sure keeps us on our toes!  He’s not quite walking by himself yet, but any day he will be. 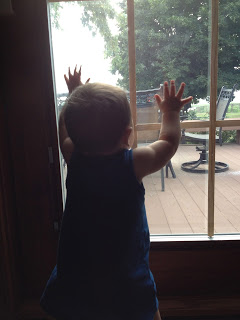 Every morning AJ wakes up so happy.  If we have to wake HD up, he’s not quite so happy. 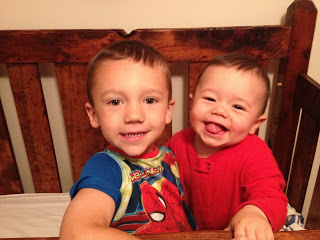 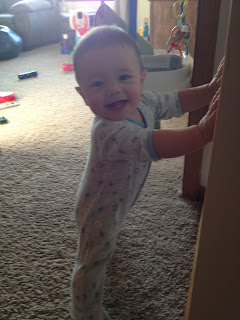 The third weekend in August some good friends of ours came down to Omaha with their two girls and we all went to the Henry Doorly Zoo for the day.  They kids had so much fun and we lucked out with perfect weather! 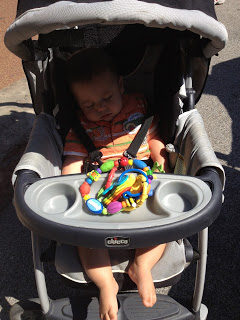 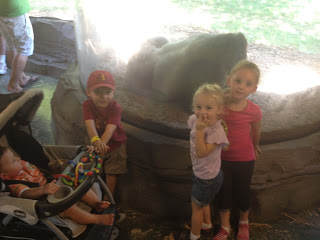 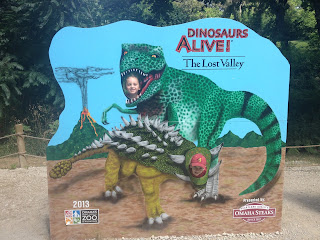 The famous Rosenblatt stadium was torn down a few years ago, but the zoo has a nice set-up with the original home plate and some of the seats in one of the parking lots.  The kids weren’t tired enough from a day at the zoo, so they decided to run around the bases a lot of times!  Crazy kids! 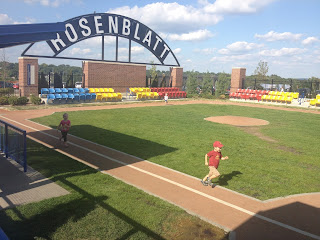 That next week we went out to my parent’s for work for a few days.  They boys got to hand out with Grandma Sharri during the day.  She had a new surprise for HD when he got there.  He hardly took it off the entire time we were there!

Now that AJ is extremely mobile, he likes to crawl over and “play” with Tank.  Tank just lays there and takes it. 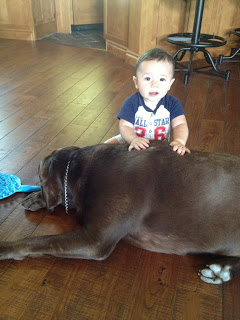 On our way home from my parent’s we stopped at my sister, Megan’s for supper.  Oreo wasn’t sure what to think of AJ. 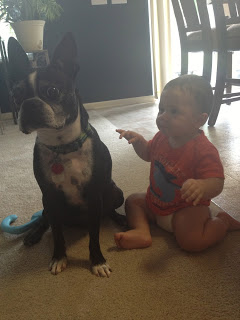 Last weekend we had the Iowa Corn Grower Association’s annual meeting.  Kevin and I were both delegates for the meeting this year.  We took HD along and he hung out with some friends while we were in the meeting.  Then he got to go to the PAC auction and the iCubs game with us.  He had a great time other than when the bee stung his knee! 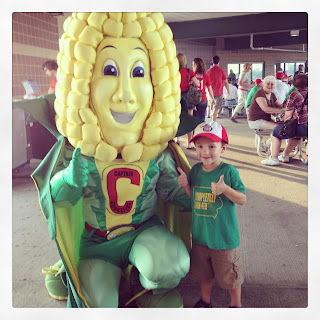 This week we’ve all been home.  I’ve been doing a lot of canning and we’ve had family over for dinner a few different nights.
Looking forward, I don’t think September is quite as busy!  Go Huskers!