In a lot of marriages, I’m sure there are certain ways that you did things before you were married that are different than what your spouse did.  One of those things is how to make apple sauce.  I love adding the cinnamon, sugar, nutmeg, etc to it and Kevin just likes lots of sugar!  That’s how his family makes it and I admit that it’s good, but I like mine doctored up a little more.

We got home yesterday from being at the Iowa State football game and I had every intention to deal with my large amounts of jalapeños, but I was missing one ingredient to make Candied Jalapeños, so I changed courses and decided to make apple sauce while the boys napped instead.

Before they laid down for their naps, we went outside to pick up apples from under the trees.  They are starting to fall off like crazy, but most of them are still OK if you use them right way.  So HD and I sorted through them and then gave the bruised ones to the cows to munch on.  AJ just hung out in their “new-to-us” John Deere Gator.  Luckily it has a seatbelt so we can strap AJ in.  He absolutely loves riding around with his brother! 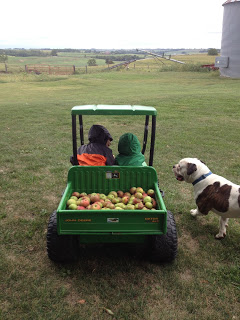 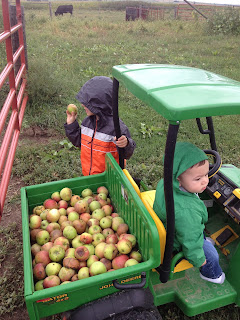 It was the most perfect fall day yesterday.  A little overcast and cool.  I loved it!  After I got the boys down for their naps, I opened all the windows (and realized that they desperately needed cleaning) and cranked up the stove. I had three large pots of apples going at one point.

My way takes the longest to make since I have to peel and core the apples.  Kevin’s ways is much faster as you just chunk them up and throw everything in the pot.  Below are the two different “recipes” that you can adjust according to your own taste.  Both ways work great to freeze.  Just keep all those sour cream containers, etc throughout the year and then you’ll be ready to freeze a lot of apple sauce in the fall! 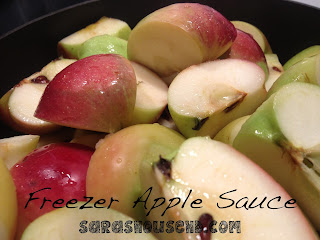 First is my way: 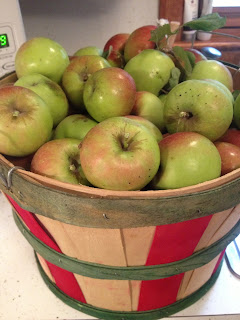 2.  Add all of the other ingredients and mix well. 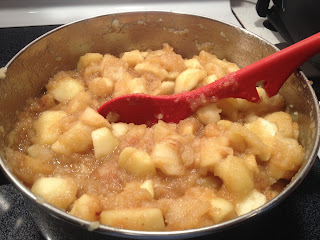 3.  Cook until the apples are soft enough to mash into a chunky apple sauce.  You can mash as much as you want (a potato masher works great for mashing the apples).  You may need to add more apple cider if the mixture is getting too thick.
4.  Also, at this time (if you haven’t already) taste the apple sauce and add more brown sugar, cinnamon, nutmeg, cloves or salt to taste. 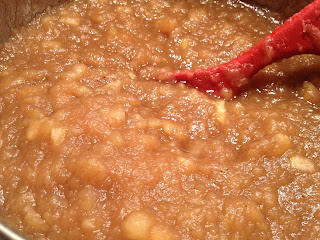 5.  When the apple sauce is done, spoon it into plastic freezer containers and let cool completely.  Then place in the freezer to enjoy at a later time.
Next is Kevin’s way:
Freezer Apple Sauce #2
Ingredients
Lots of apples
Lots of sugar, to taste
Directions
1.  Wash the apples and then quarter them.  I pulled the stems off at this time, but that’s it.  Fill up a large pot.  It can be heaping because it will cook down. 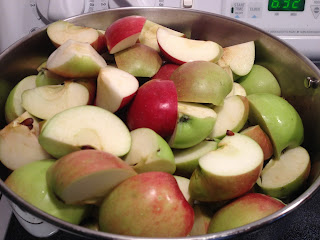 2.  Add a cup of water to the pot and cook the apples over medium heat until they are really soft.  You may need to add more water if the mixture is getting too thick.
3.  When the apples have cooked long enough, remove them from the heat. 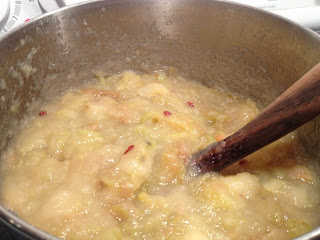 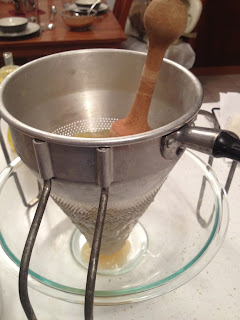 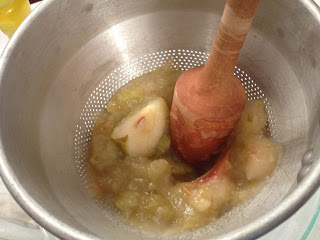 5.  Place the apple sauce back into the large pot.  Over low to medium low heat, add sugar to taste and mix it in well, stirring continuously.  After all your hard work, you don’t want it to scorch now, so keep stirring!  Everyone’s amount of sugar is going to be different with the recipe because it all depends on the type of apples that you are using and your sweetness preference. 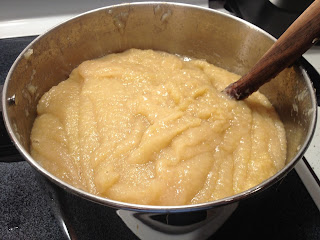 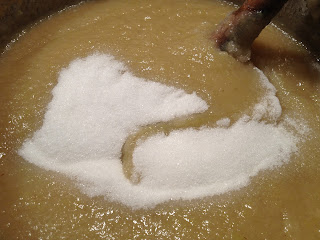 6.  When the sugar is all mixed in, place the apple sauce in plastic containers and let cool completely.  Place in the freezer to enjoy at a later time! 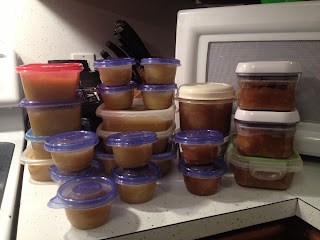 « A Day To Remember….
Chipotle’s Cartoon is NOT Reality! »