Hello!  I just realized that I haven’t blogged since Thanksgiving and that means that I haven’t shared pictures from AJ’s 1st birthday party!
His birthday was actually on November 19th, but we waited until the following Wednesday (aka Thanksgiving Eve) so all of our family could come and celebrate with us.  It was a pretty simple get together.  It ended up being only family this year.  We actually invited some close friends of ours, who’s kids are the same age as HD and AJ, but HD came down with pink eye the morning of the birthday party so after warning them about it, they choose to stay home.  I think that was a good call since AJ woke up the next morning (Thanksgiving) with pink eye also.  Luckily I had gotten an eye drop prescription the day before!  Both boys were cleared up in no time and no one else got it!  Yeah!
So back to the birthday party.  I was going for easy this year.  That seems to be my theme lately.  With two kids and being in the middle of the week with work and everything, I wanted something simple to make and since the next day was Thanksgiving, I was looking for something the complete opposite.  So I decided on a nacho/taco bar and cupcakes.  Pretty much the exact opposite of turkey, mashed potatoes, stuffing, green bean casserole and pies right? 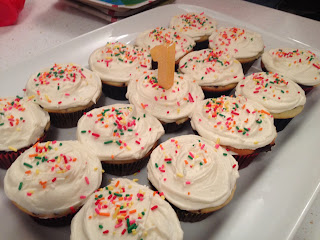 The cupcakes are called Black Bottom Cupcakes and the recipe is from a friend of ours, Peggy.  I’m not sure where she got the recipe, but here is a similar one (although I didn’t put mini chips in mine).  HD wanted me to make sure there were sprinkles on them.  He’s all about sprinkles!

I didn’t get any pictures of the food (not sure why!) and when it was time for cake, AJ wasn’t interested in sitting in his high chair any more.  He wanted Uncle Jim, so he got to hold him while he ate his first cake.  Lucky him! 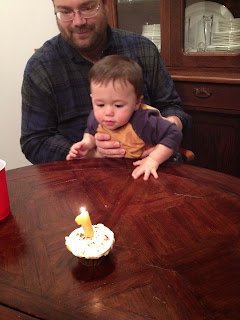 We all sang Happy Birthday and AJ wasn’t sure what to think. 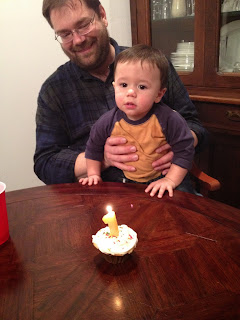 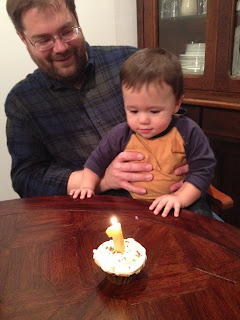 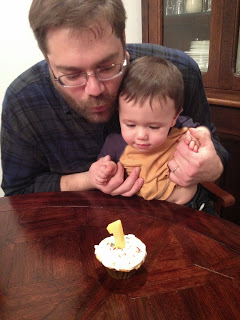 He dove right in, but since the cupcakes had been refrigerated, they were a little more firm, so they didn’t make a big mess. 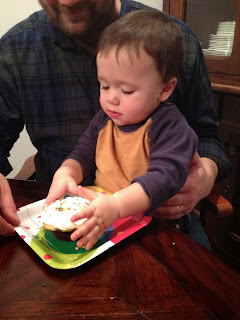 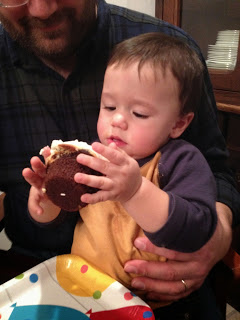 He pretty much just licked the frosting and ate a few bites and then he was done. 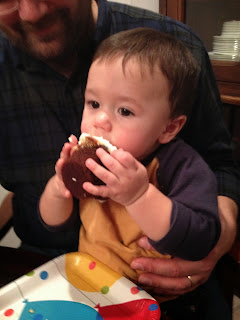 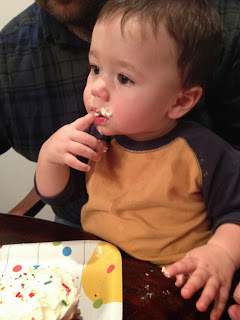 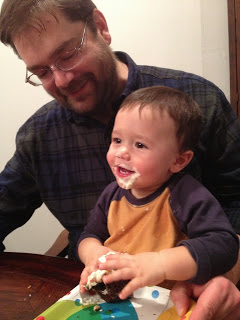 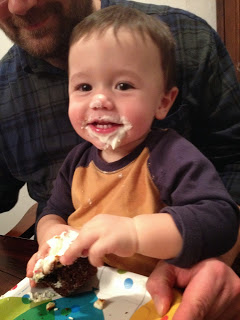 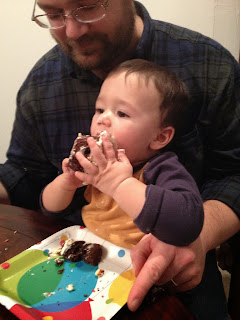 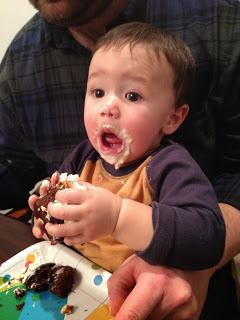 Then it was time for presents!  He was more interested in the bows and ribbons than the actual gifts this year!  Lucky for him he had a brother and four cousins that were more than willing to help him open his presents. 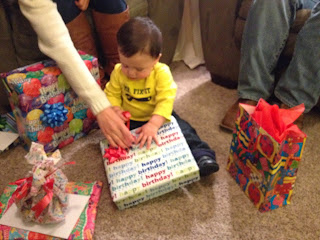 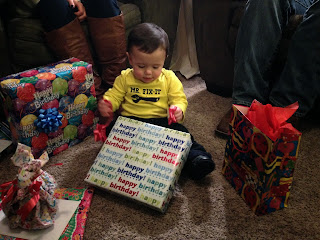 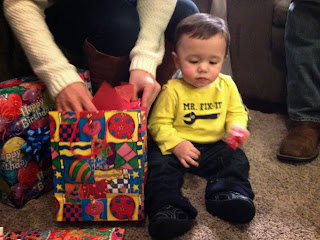 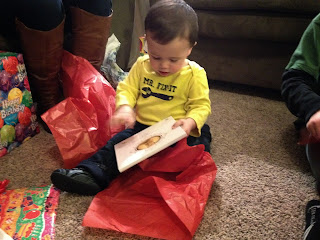 Obviously Uncle Jim was his favorite person that night!  I know that he didn’t mind one bit though! 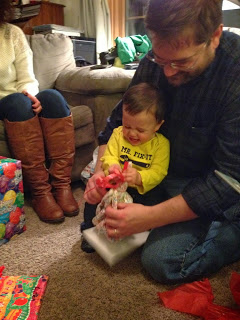 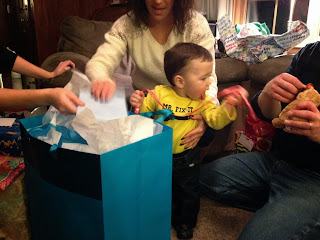 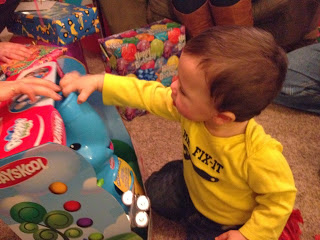 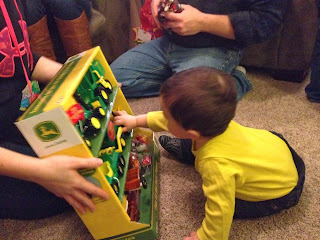 HD liked all of AJ’s presents and couldn’t wait to get them all out of the boxes! 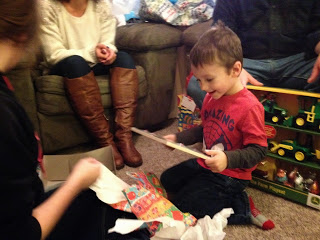 By the time they were done opening presents, AJ decided it was time for a bottle. 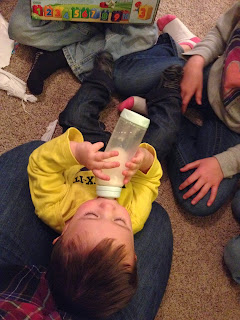 Then they had to try out all the new toys!  We all had a great time and were glad that all of our family could be together to celebrate his first birthday!  Looking forward to so many more!  Love you AJ! 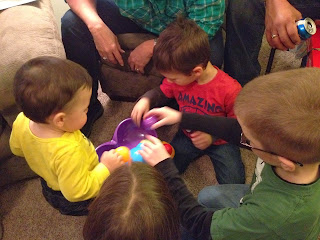