Oh what a week it’s been….Last Wednesday evening, AJ crawled up on my lap and wanted to snuggle.  I knew right away that he must not feel well since he never wants to snuggle.  When I took his temp it was somewhere around 102.  Ugh!  He seemed just fine all day! 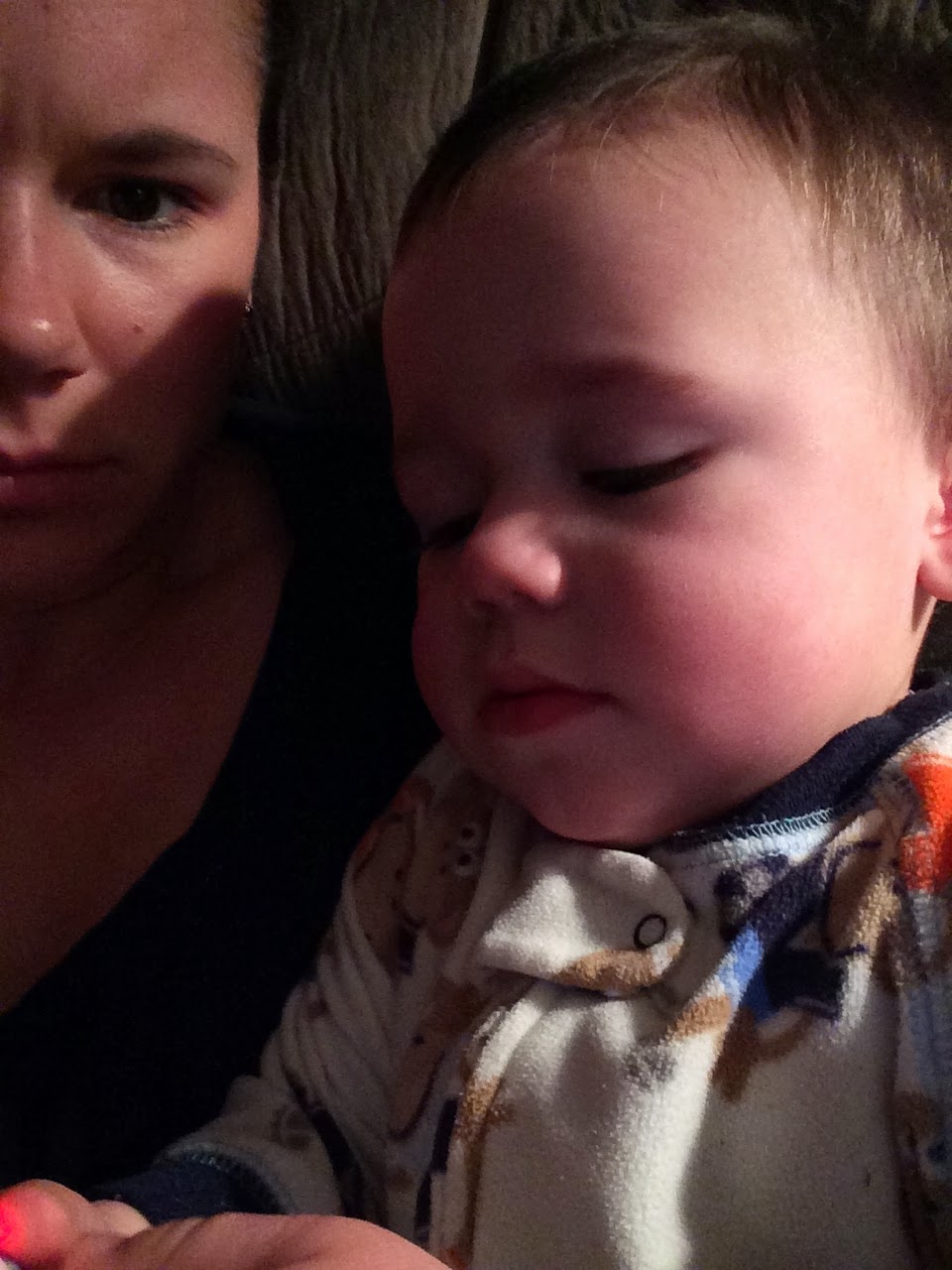 I was suppose to be in Des Moines the next two days for a leadership conference and I had the boys going to daycare during the day and home with Kevin at night.  Well, the next morning AJ woke up with a 102 temp still and Kevin said he could “work” from home that day so I could head to my conference.  I hated to leave them, but I figured Kevin could do everything I could, so I headed to Des Moines.

I got this picture at one point during my conference.  Poor little guy just couldn’t catch a break. 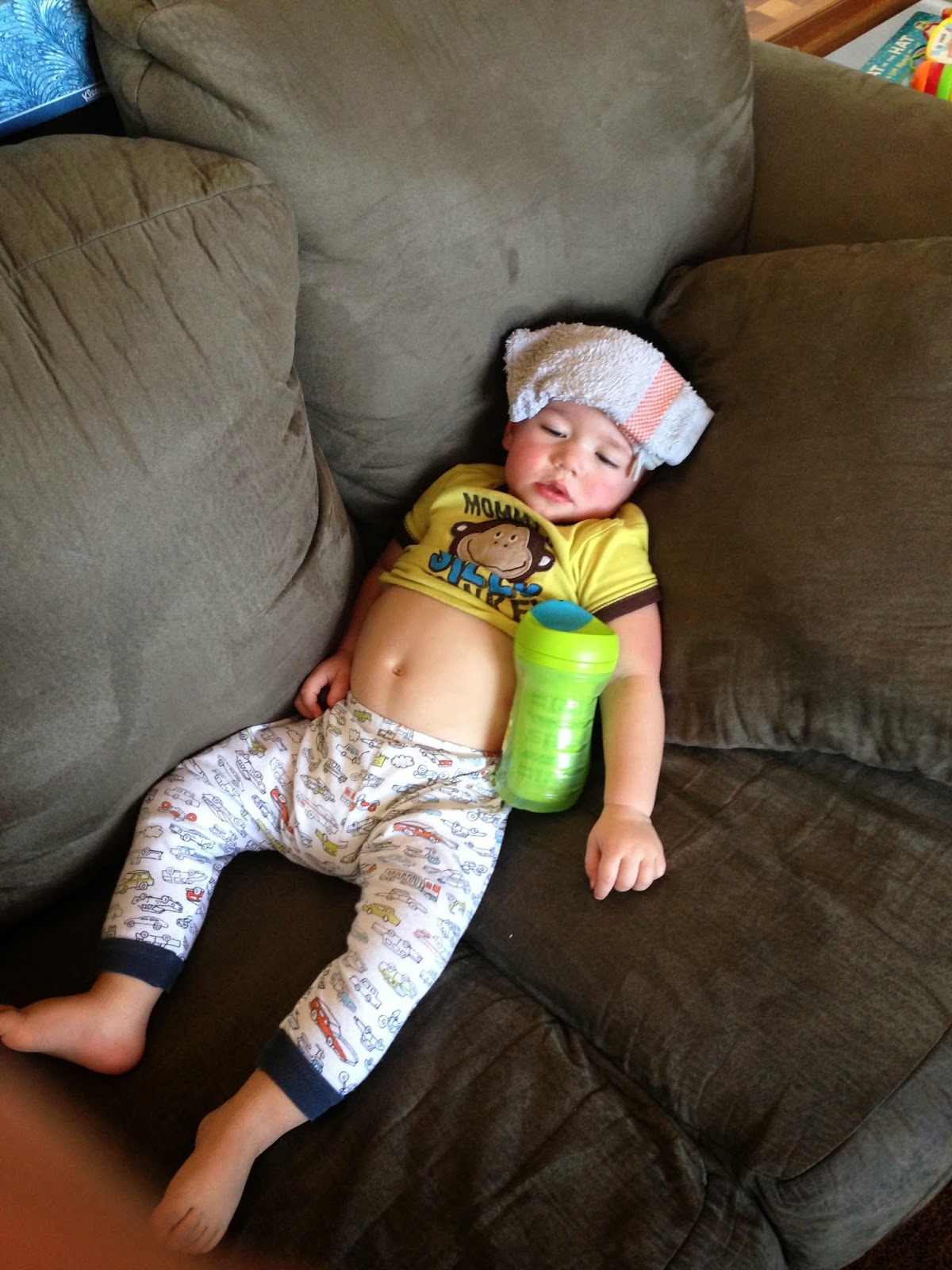 Well, by that evening (Thursday) HD was running a temperature.  Then by Friday Kevin was too.  Happy Valentine’s Day!  🙁  I was feeling pretty good until my drive home that afternoon.  By the time I got home Friday night I was exhausted.  I think I had both boys in bed by 9 and Kevin was sleeping on the couch by then too.  So off to bed I went.
Saturday I woke up with a 100+ temp.  I kept it all weekend long.  I pretty much was glued to the couch.  I don’t remember feeling that bad in a very long time.  Thank god Kevin was feeling somewhat better by then otherwise I don’t know what we would have done!
Then Monday I felt a little better.  My temp broke (finally!) and the boys seemed to be feeling pretty good too.  Then Tuesday came and I felt horrible again.  No temp, just exhausted.  I was home with the boys both days and napped when they did.  Luckily they both still nap well!
During all these “sick days”, the cattle still needed to be tended too.  Kevin was out there doing chores every morning and evening even though he felt bad.  He was also still keeping an eye on a few heifers that we were waiting to calve, so he had to go out and check on them throughout the day.  Just because you get sick doesn’t mean you can call in and take a sick day when you are a farmer (or a parent)! 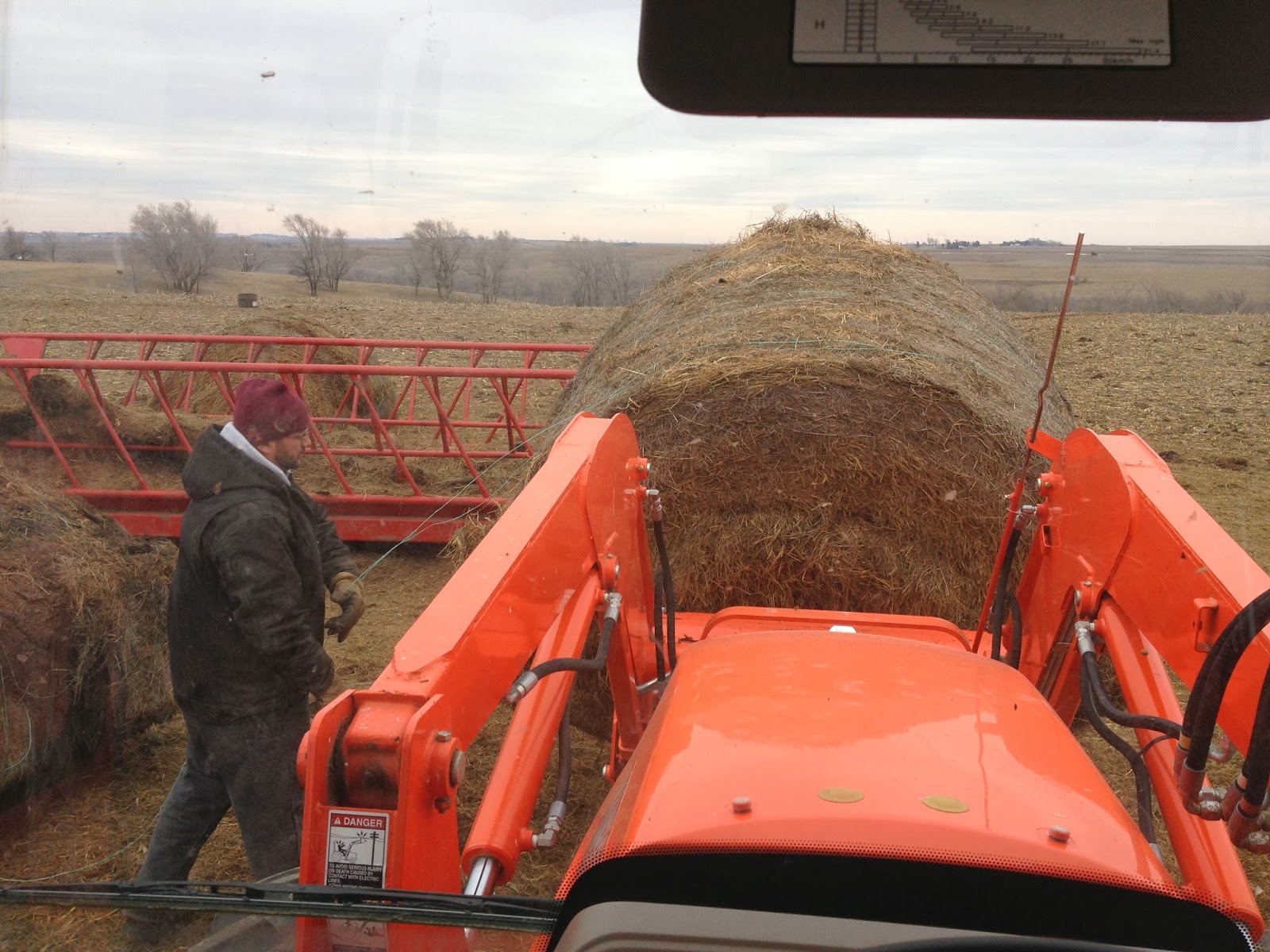 Today I woke up feeling better.  Not 100%, but at least well enough to go to the office.  Some fresh air helped too I think!  It was pretty nice outside today, but looks like snow is in the forecast for tomorrow again.  I’m ready for spring to get here so we can open the windows and get some fresh air!  Plus both boys have WAY too much energy to be cooped up inside all the time!
How’s everyone else faring this winter?  Ready for spring too?  What do you do with your kids to wear off some of their energy?