It was so warm outside today!  I think it was at least 80 around here.  Unfortunately I was stuck inside all day, but this evening while the pork ribs were on the smoker and the scalloped potatoes were in the oven, the boys and I ran around outside and started picking up sticks. 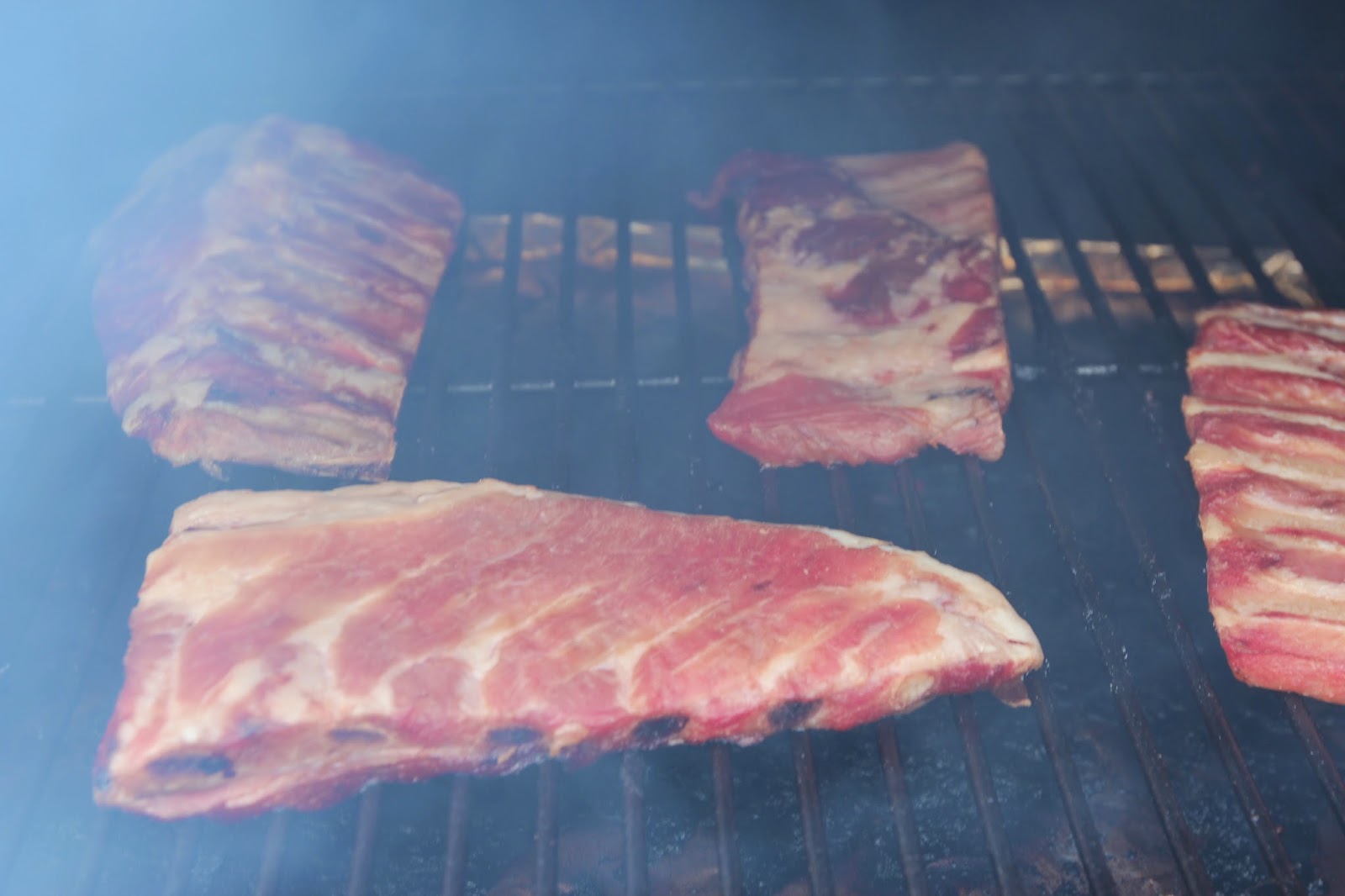 I think (knock on wood) that they should sleep really well tonight!  Fresh air and running off some energy does these two good! 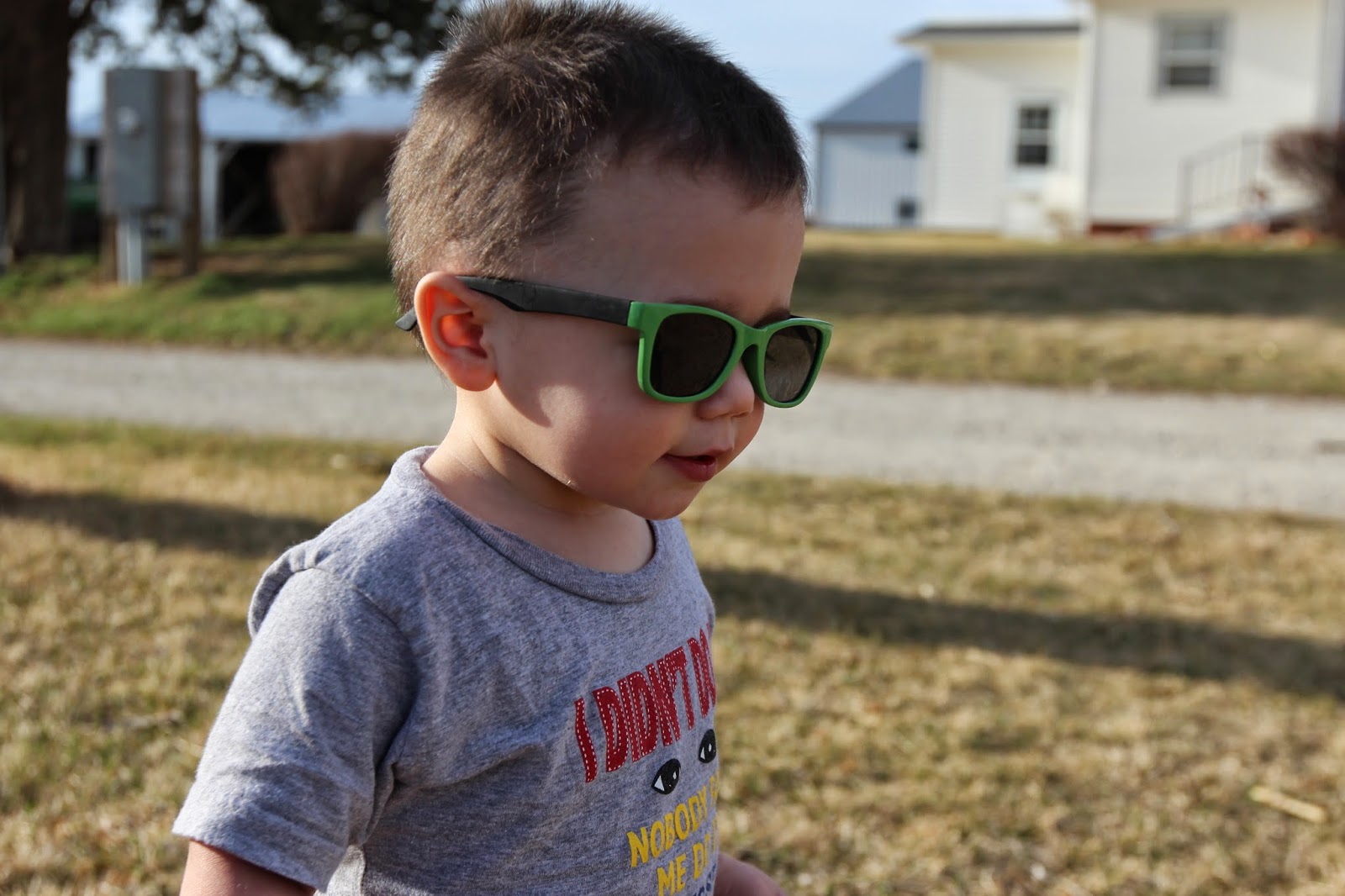 HD seriously loves to run.  He’ll run from one end of the yard to the other and back again, 20 times!  He ran a mile or so with his Aunt Megan last weekend.  Crazy kid! 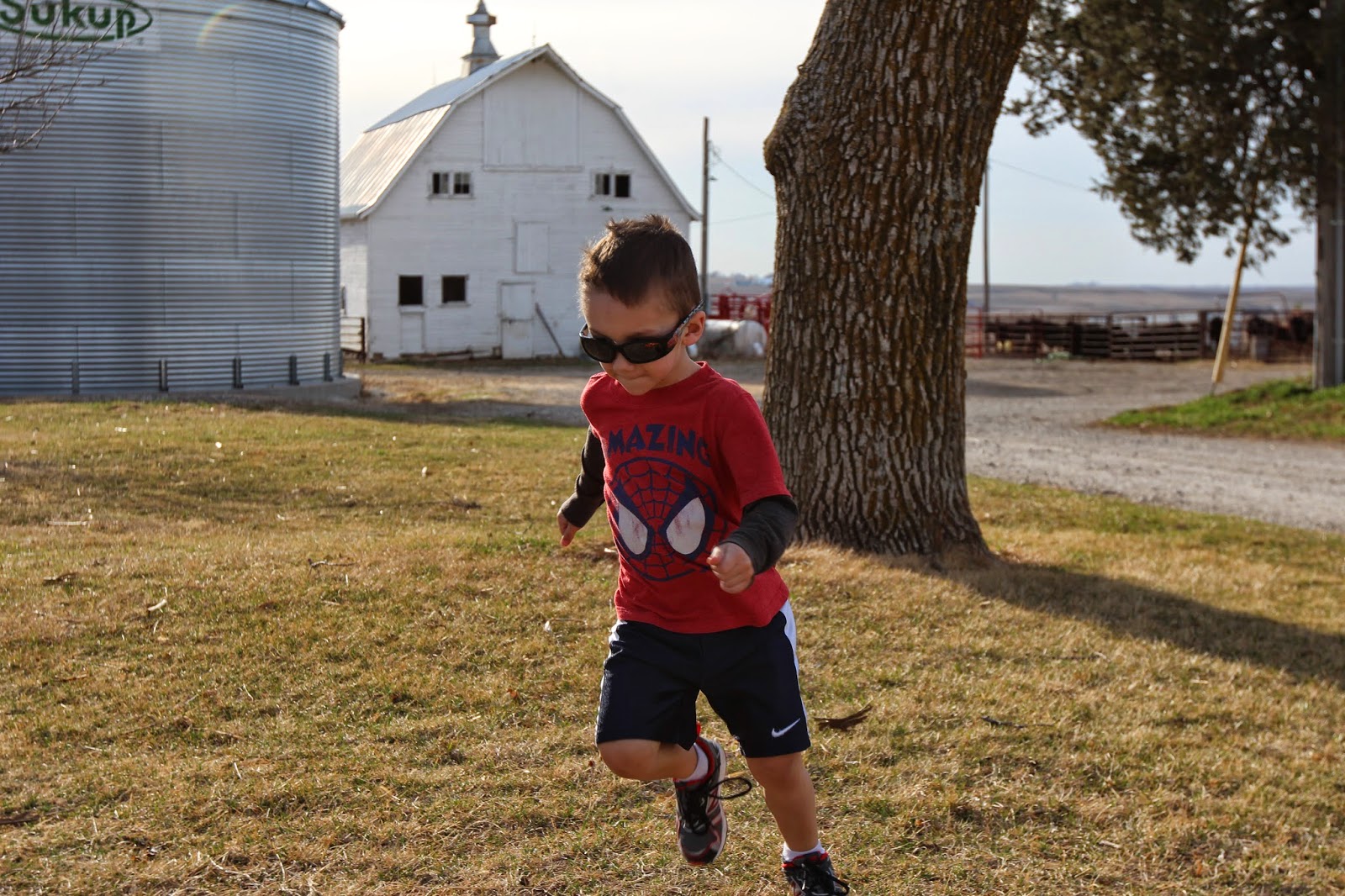 AJ and Diesel are pretty much attached at the hip when we are outside.  Diesel is always following him around. 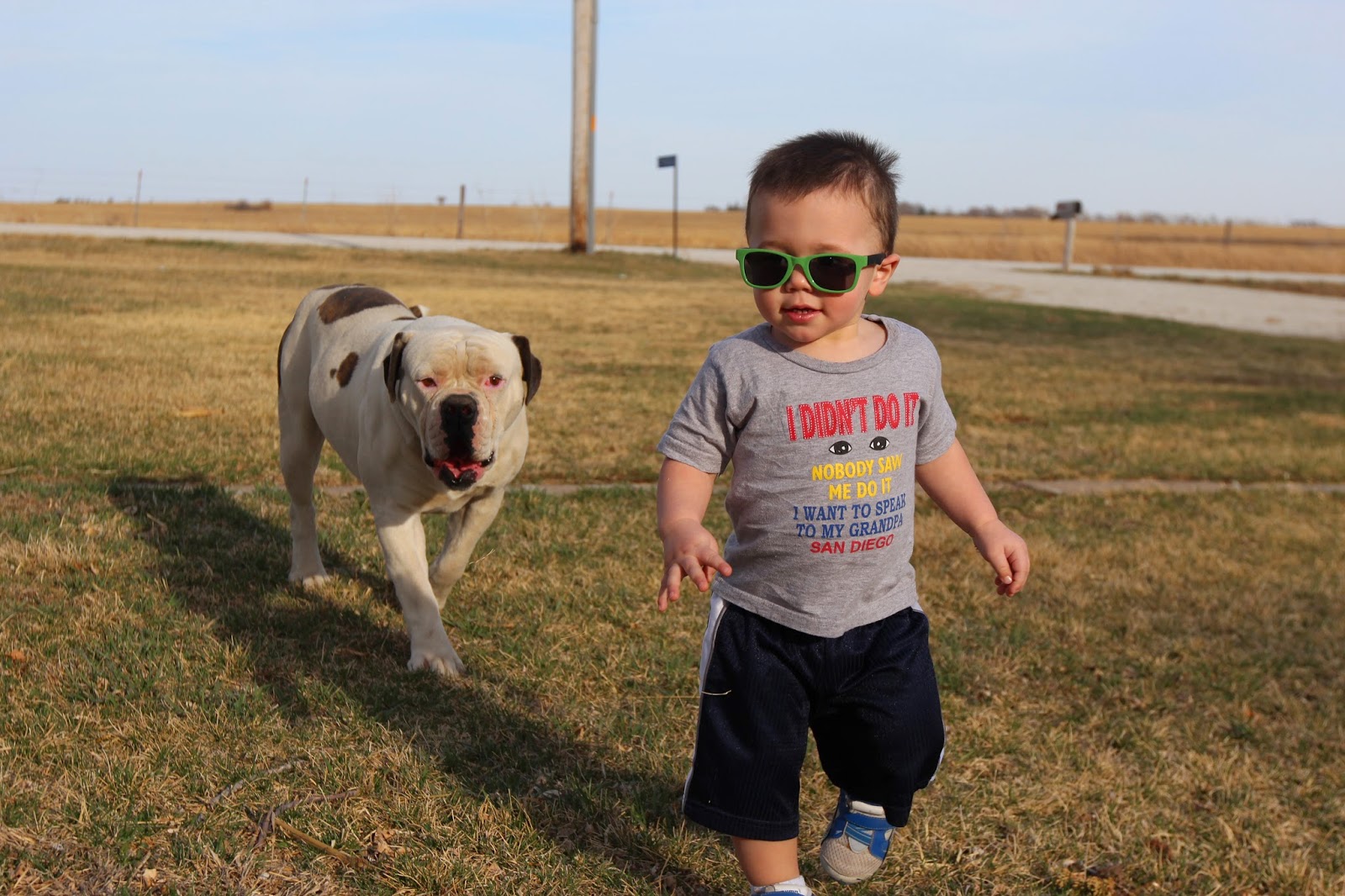 There are so many sticks and cornstalks all over our yard.  I’m not sure why it seems like it’s the worst it’s ever been, but I figured we better get started since the grass is really greening up already.  I had to make it a competition in order for HD to think picking up sticks was fun!

I actually took my good camera outside with us tonight.  I’m making myself use the Manual setting so I can learn how to take better pictures….the jury is still out, but all of the pictures are SOOC (straight out of camera), so it’s a good start! 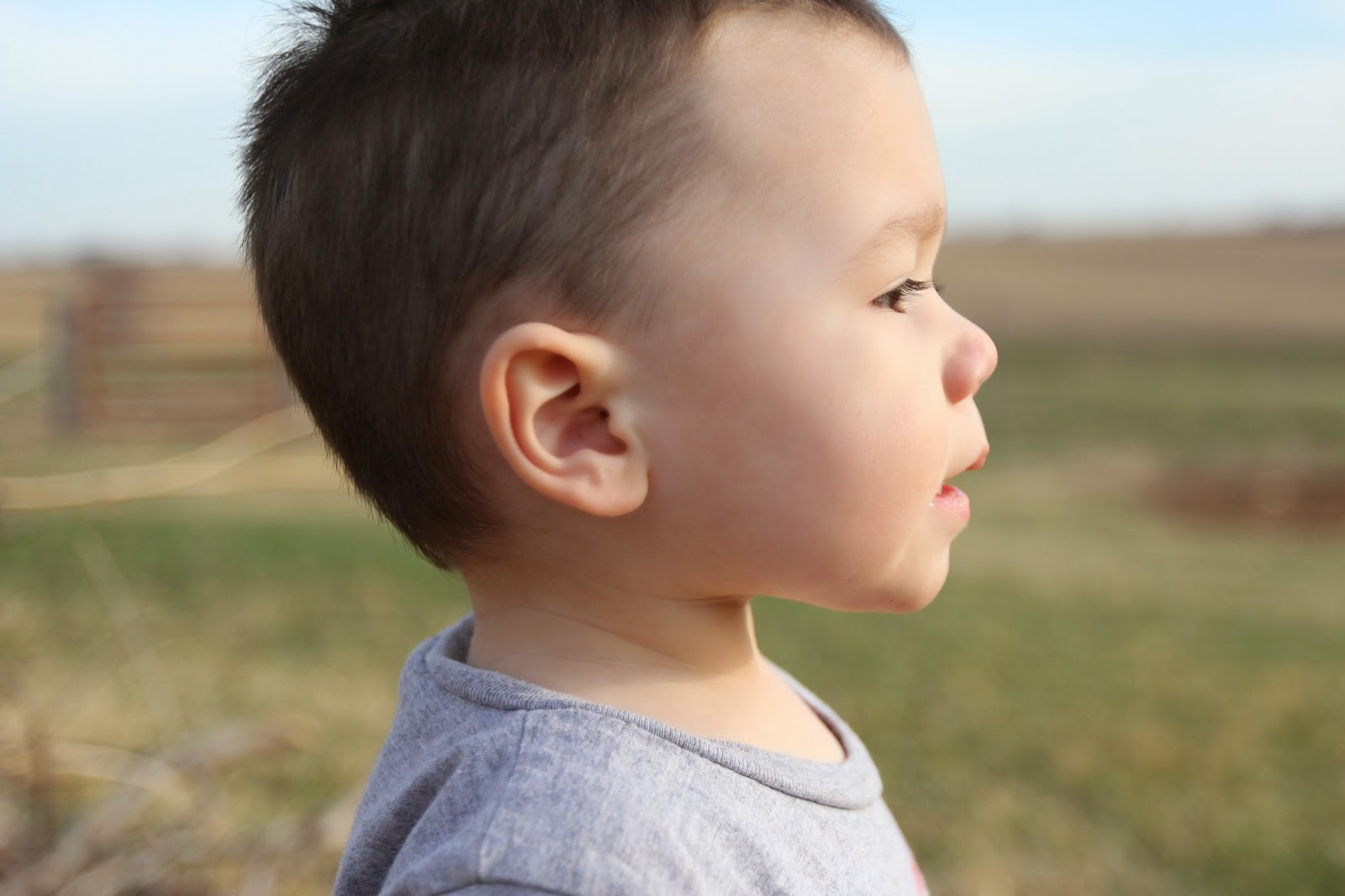 Trying to get two energetic boys to stand still long enough for a picture is next to impossible.  This was the best one! 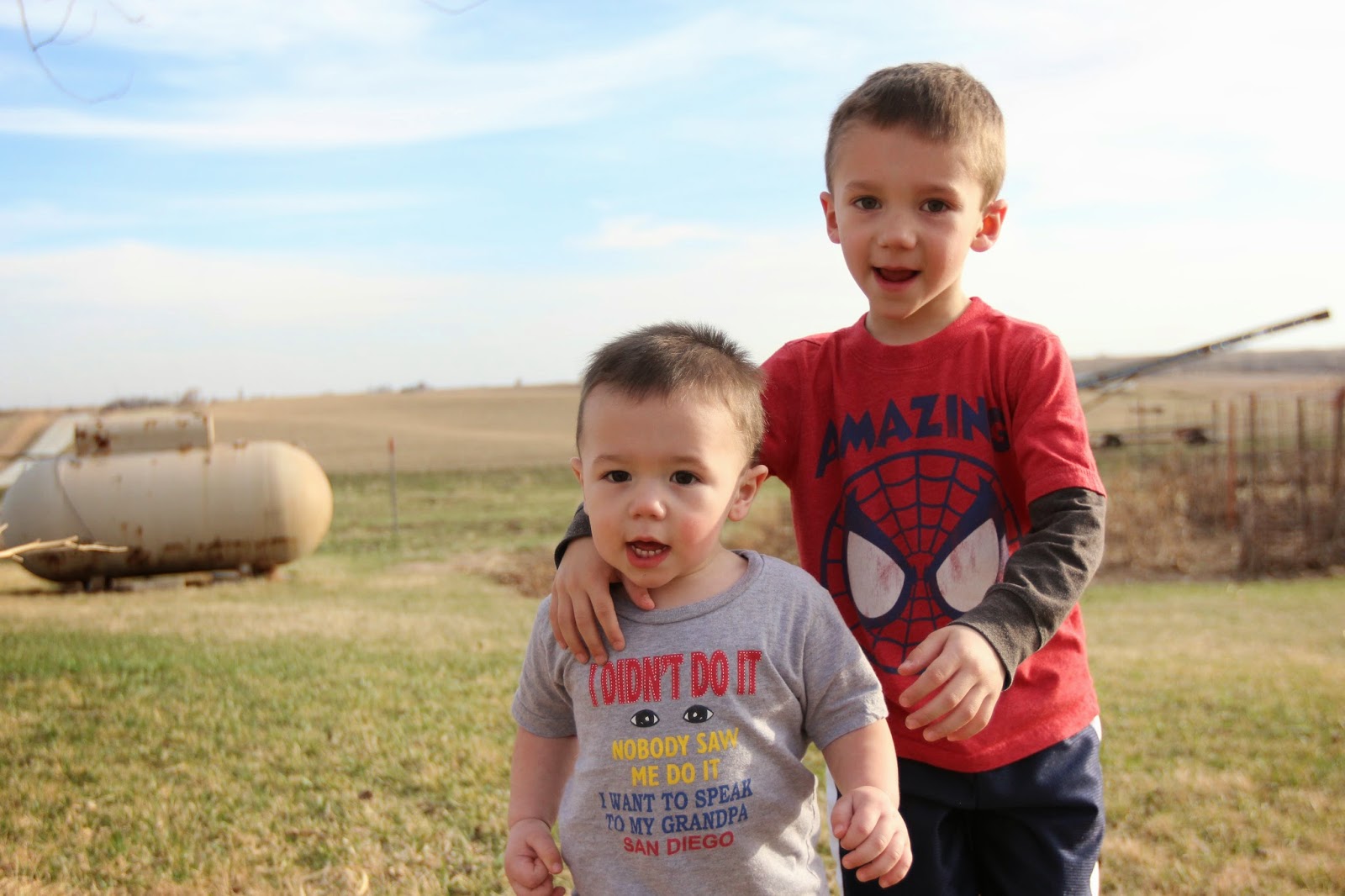 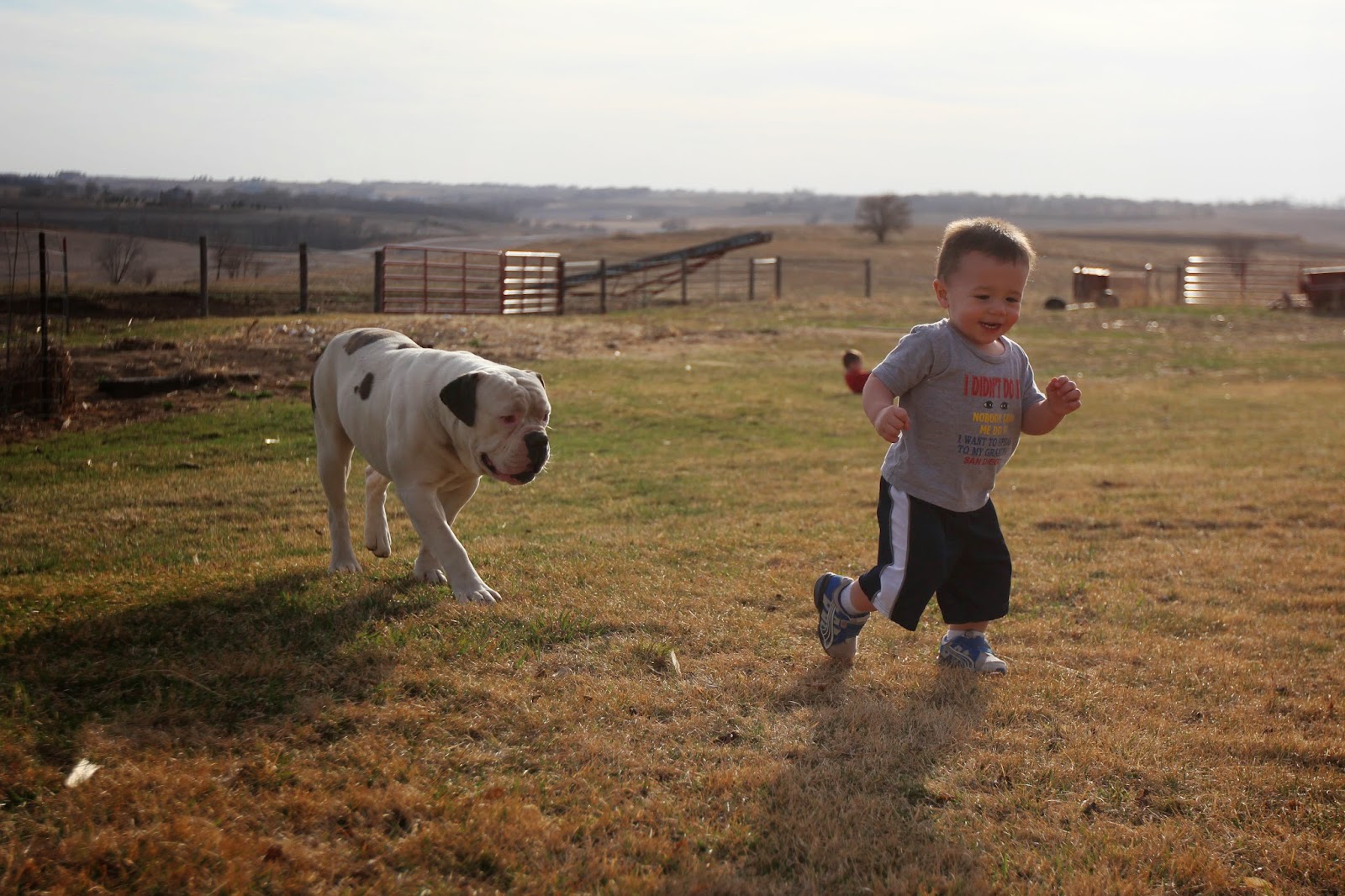 The boys got this tractor from their Grandpa Jim and Grandma Sharri for Christmas.  It’s been parked in the shed until recently.  Kevin showed HD how to put it in second gear when he was driving it, but he had to move it to first gear if AJ was going to drive it! 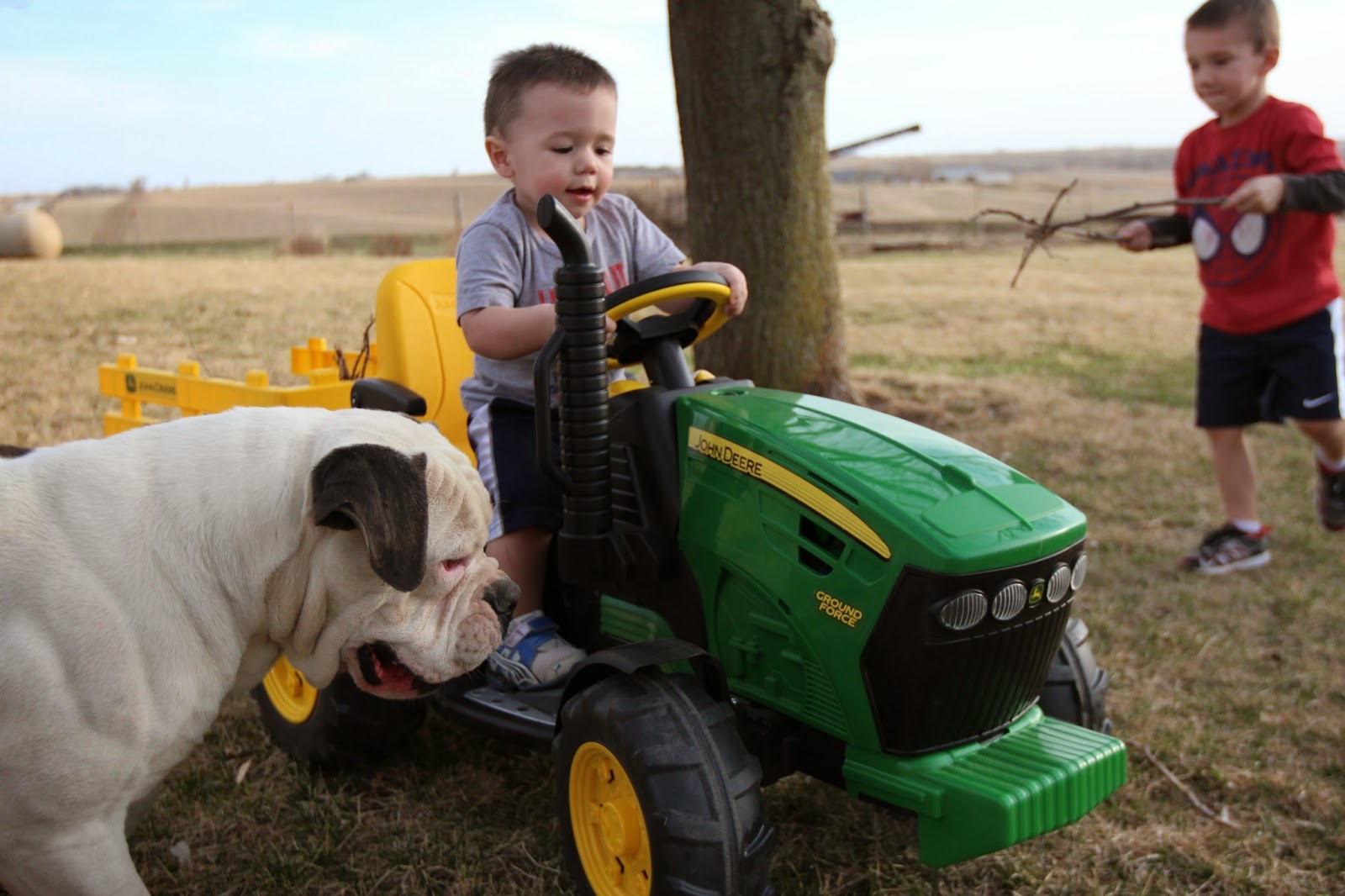 The trailer was useful tonight when picking up sticks!  Thanks grandpa and grandma! 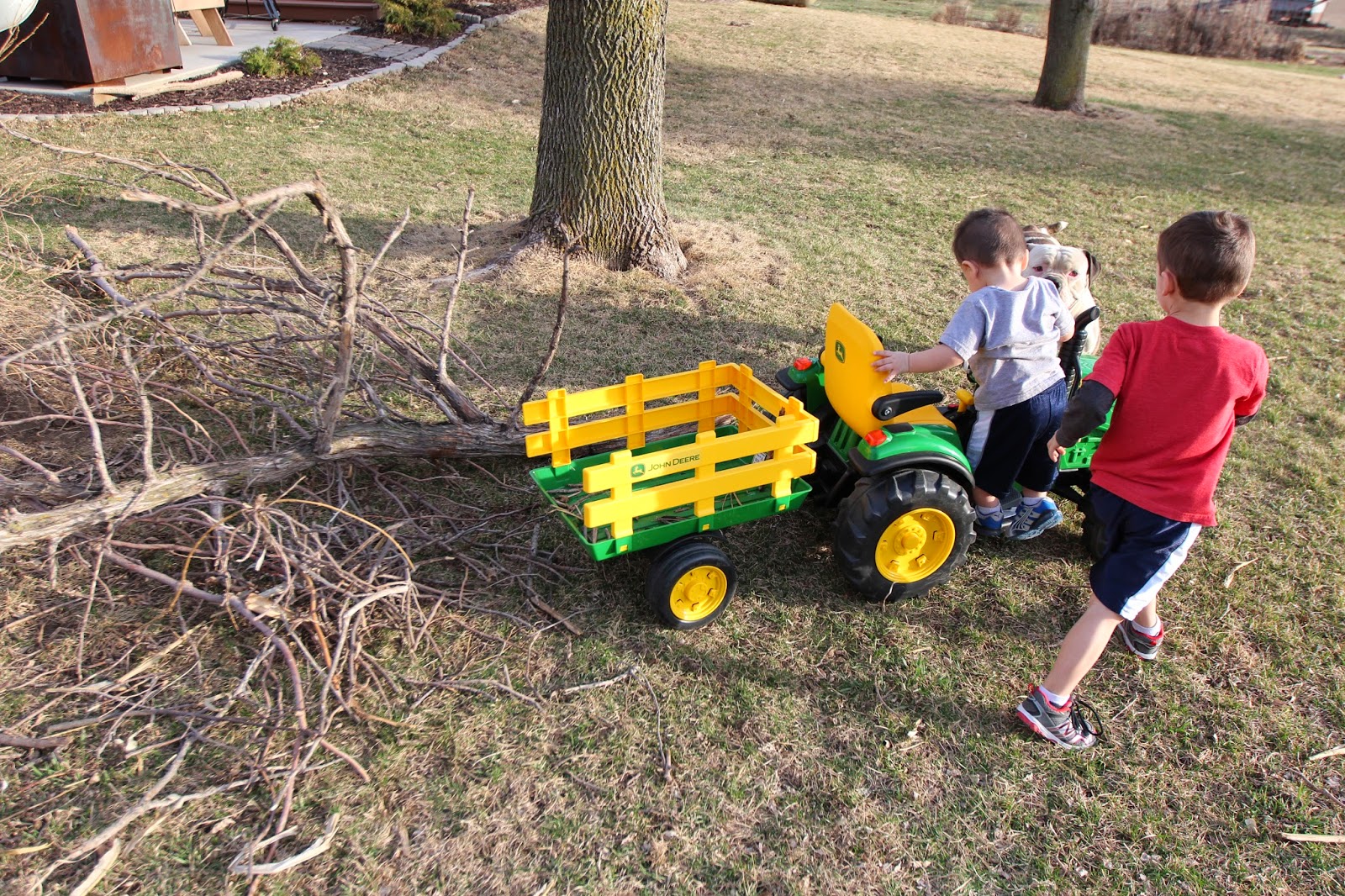 After supper it was still really nice out, so we went back outside to watch the sun set.  (These pictures were taken with my iPhone.) 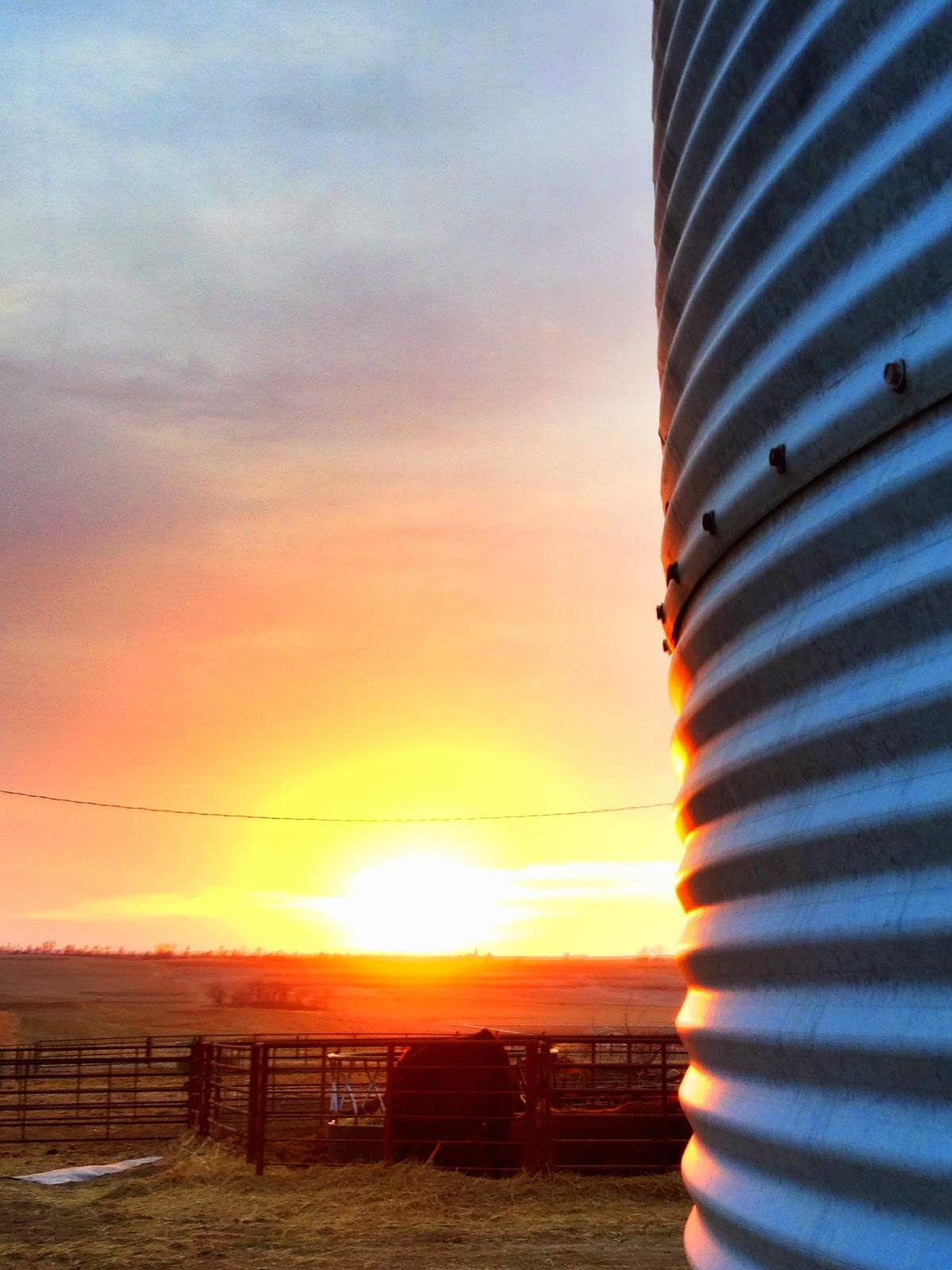 AJ wanted to say hi to the bulls.  He seems so little when he’s close to them! 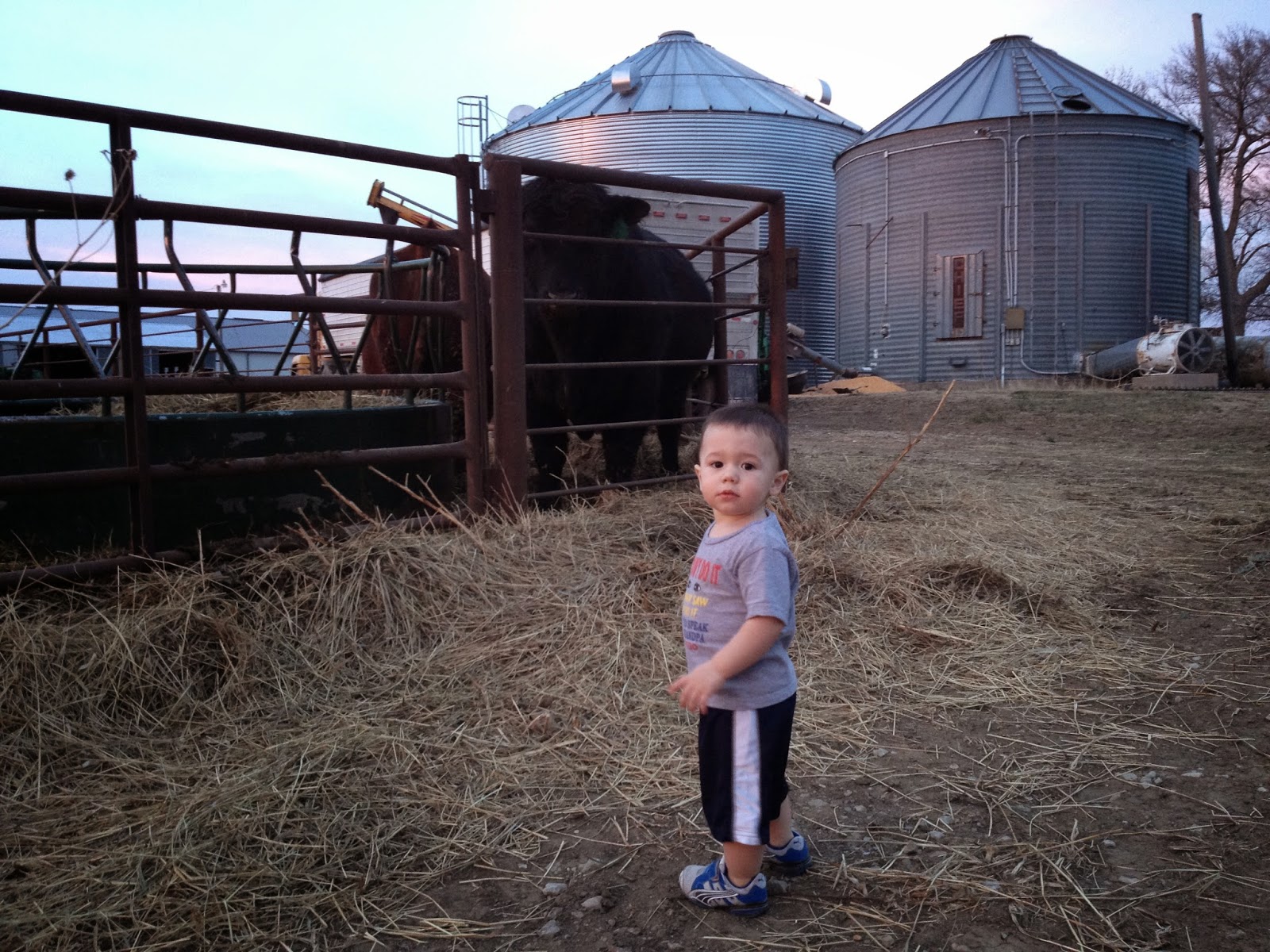 It was a good evening!  I hope this weather decides to stick around!  Have a great rest of the week! 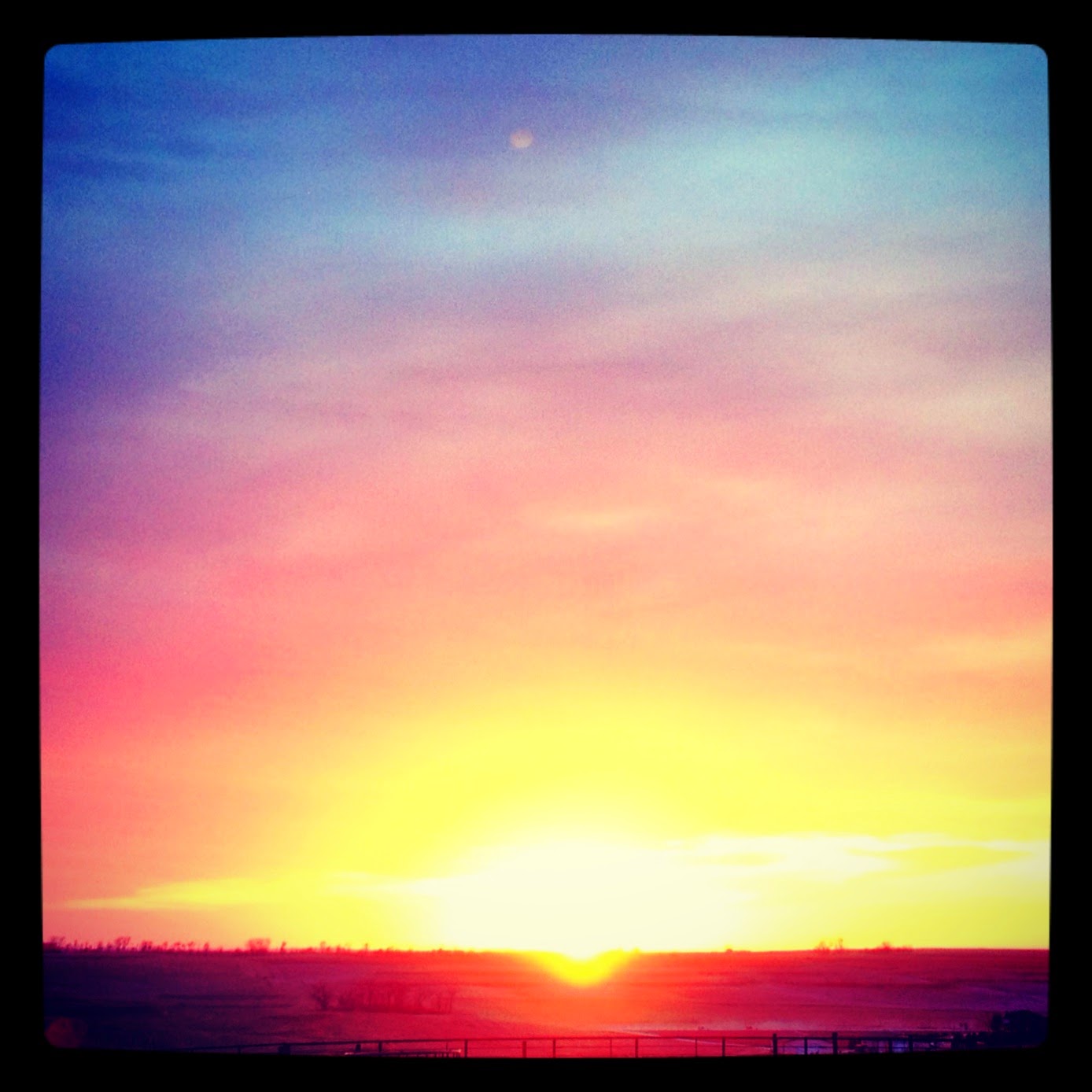 « Planning and Planting My Garden
Is it Spring or Winter? »