Meet Doug the Bull.  Isn’t he cute?  Doug’s been around our farm about as long as I have been.  I think he was born the year that I met Kevin, which would make him about eight years old. 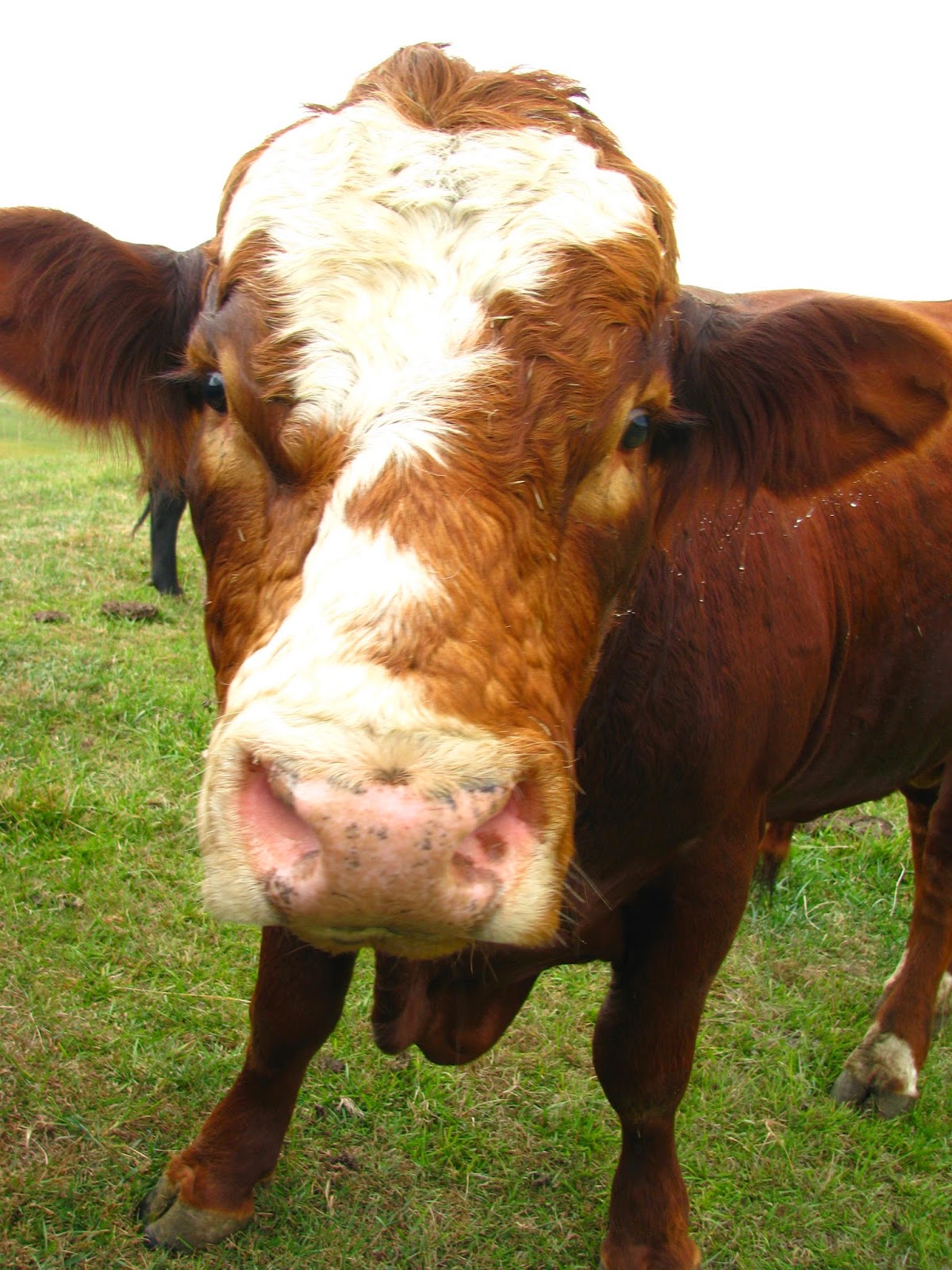 Doug’s got a pretty easy life.  He gets to chill with his buddy’s (the other bulls) for most of the year and only has to “work” about 2-3 months in the spring/summer. 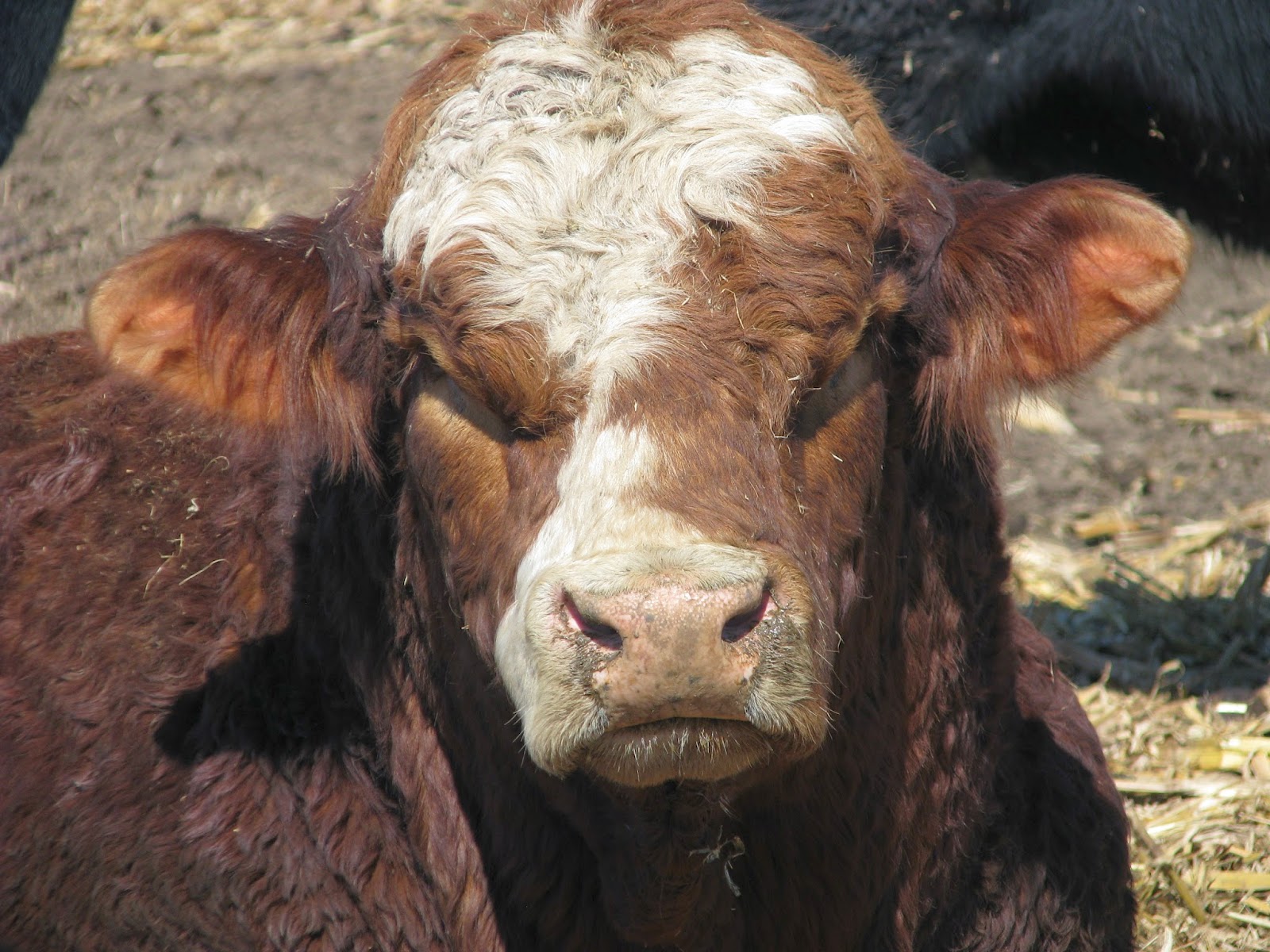 And by “work”, I mean hanging with these ladies out in the pasture. 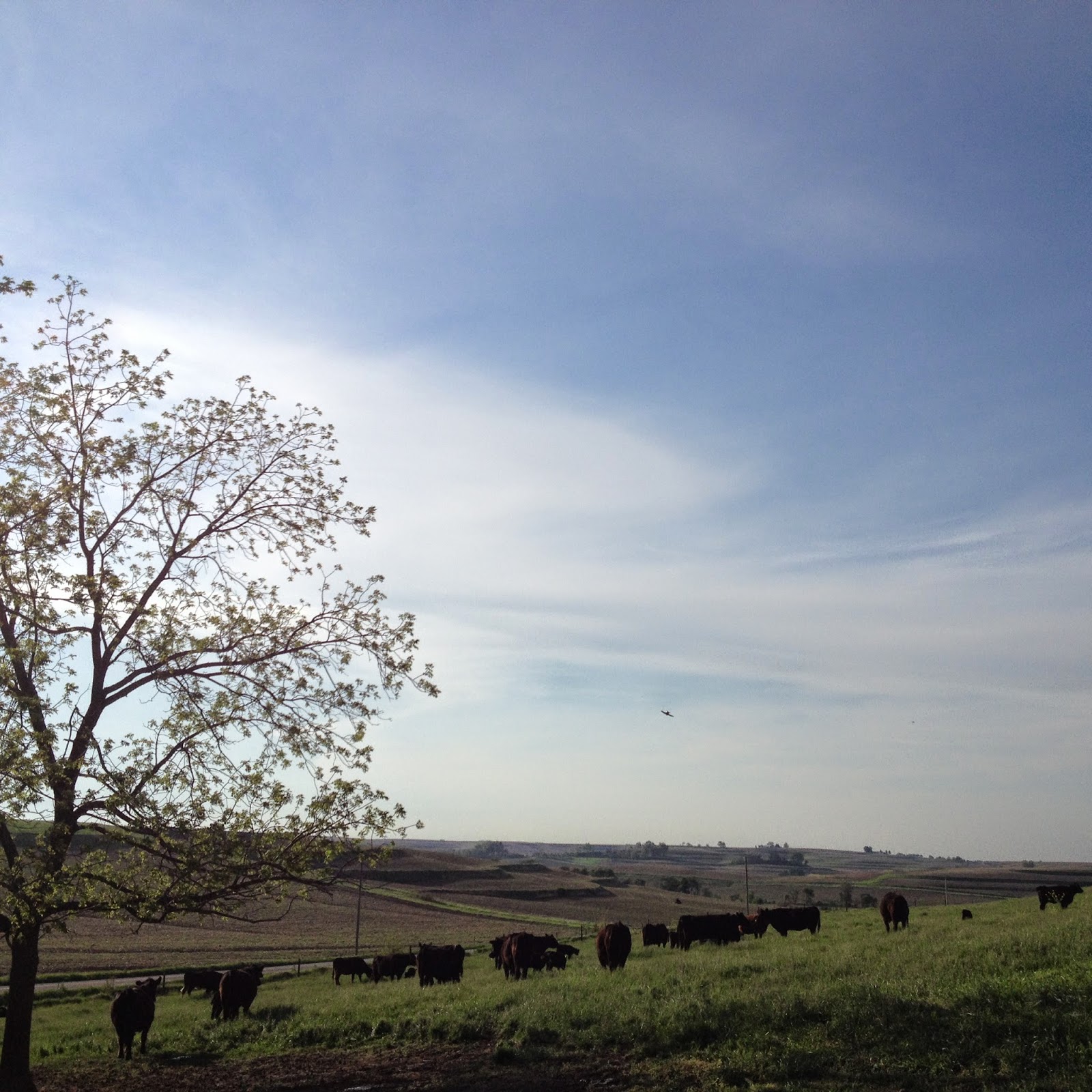 We took Doug to meet his new lady friends this weekend.  It’s always funny watching the bulls show off for the cows when they first arrive.  He was down hill from them and was kicking up dirt and butting his head against the ground, real manly like. 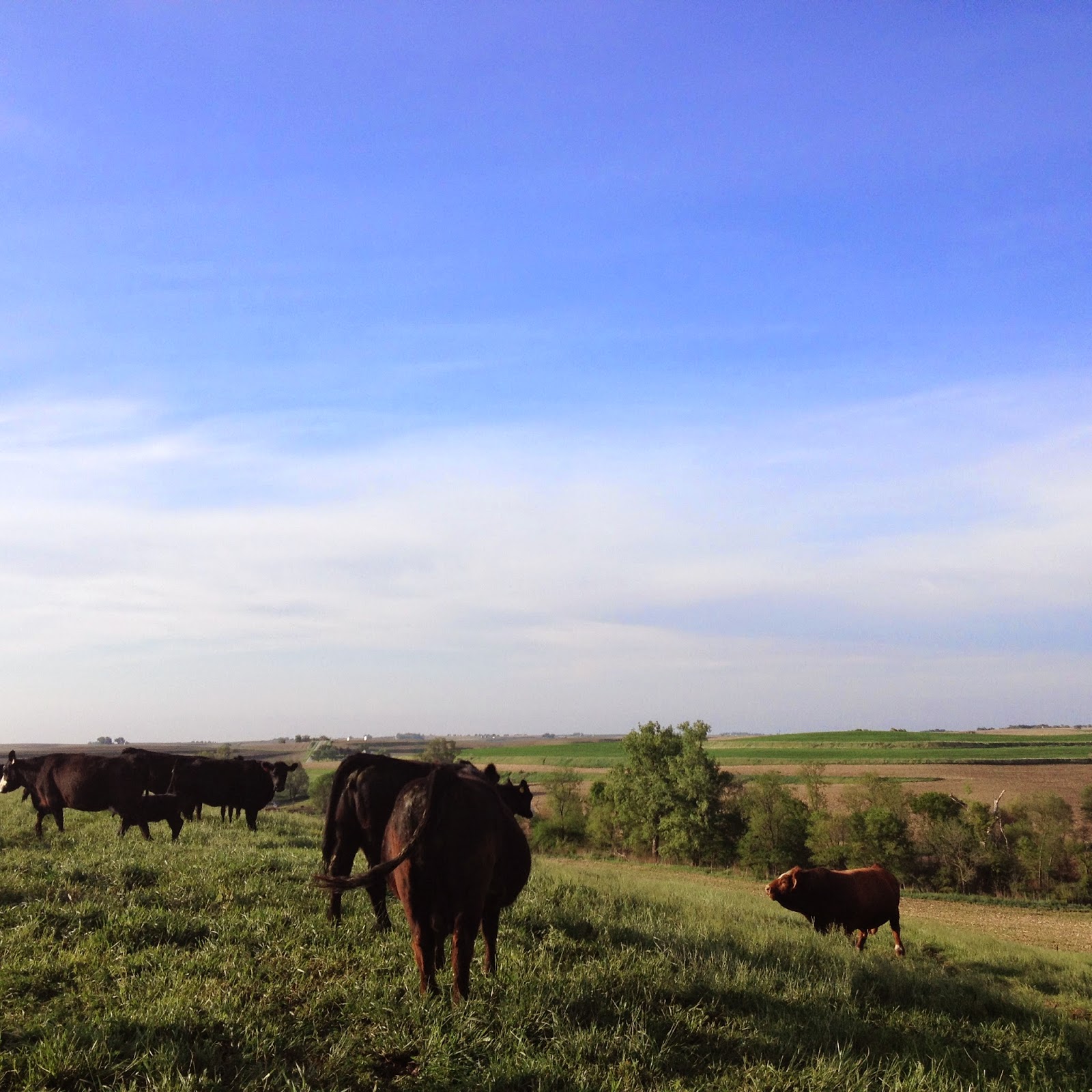 It got their attention and they came over to meet their new mate.  Doug made the rounds to say hi and meet everyone. 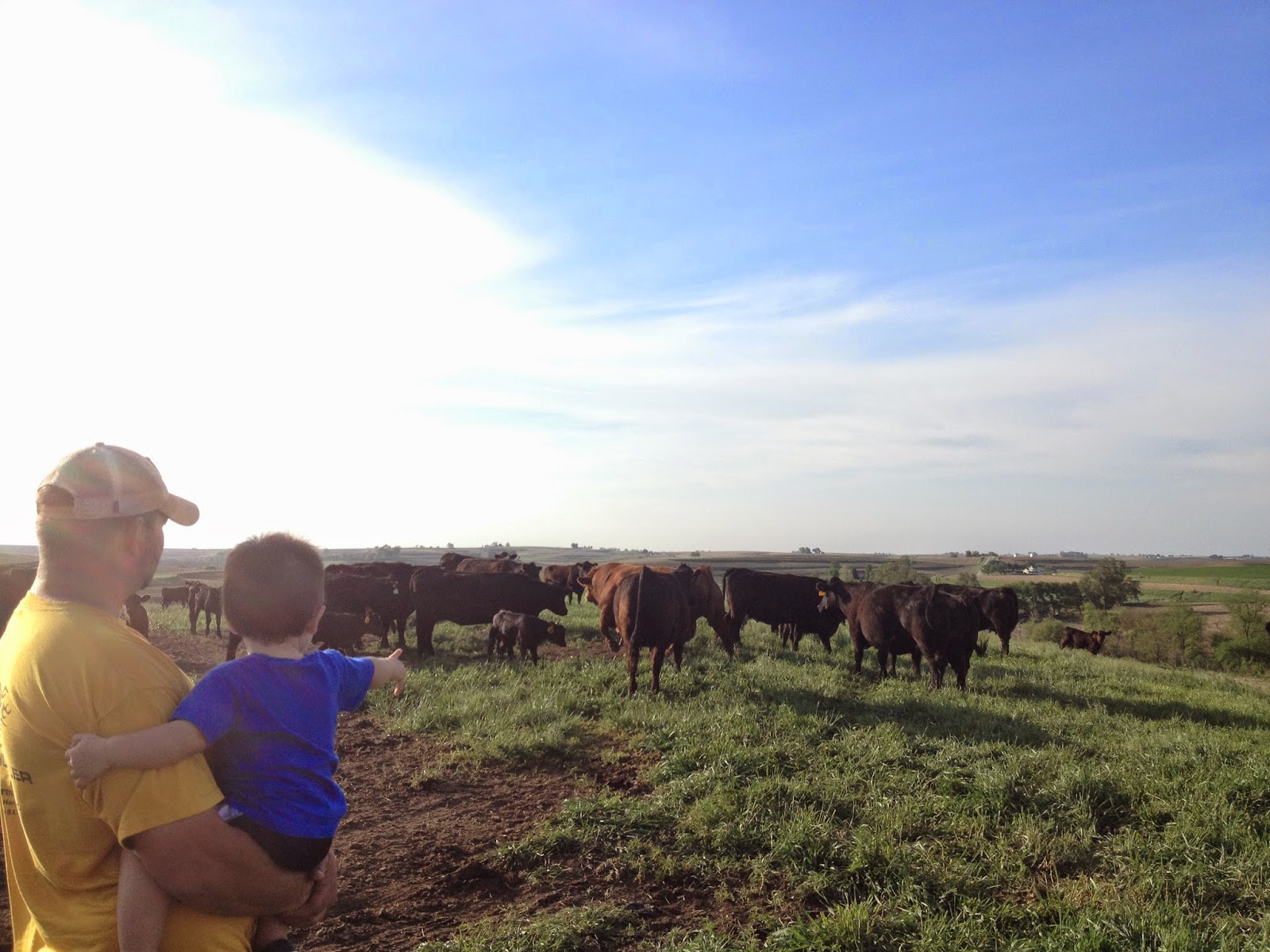 Even a little calf wanted to say hi to Doug. 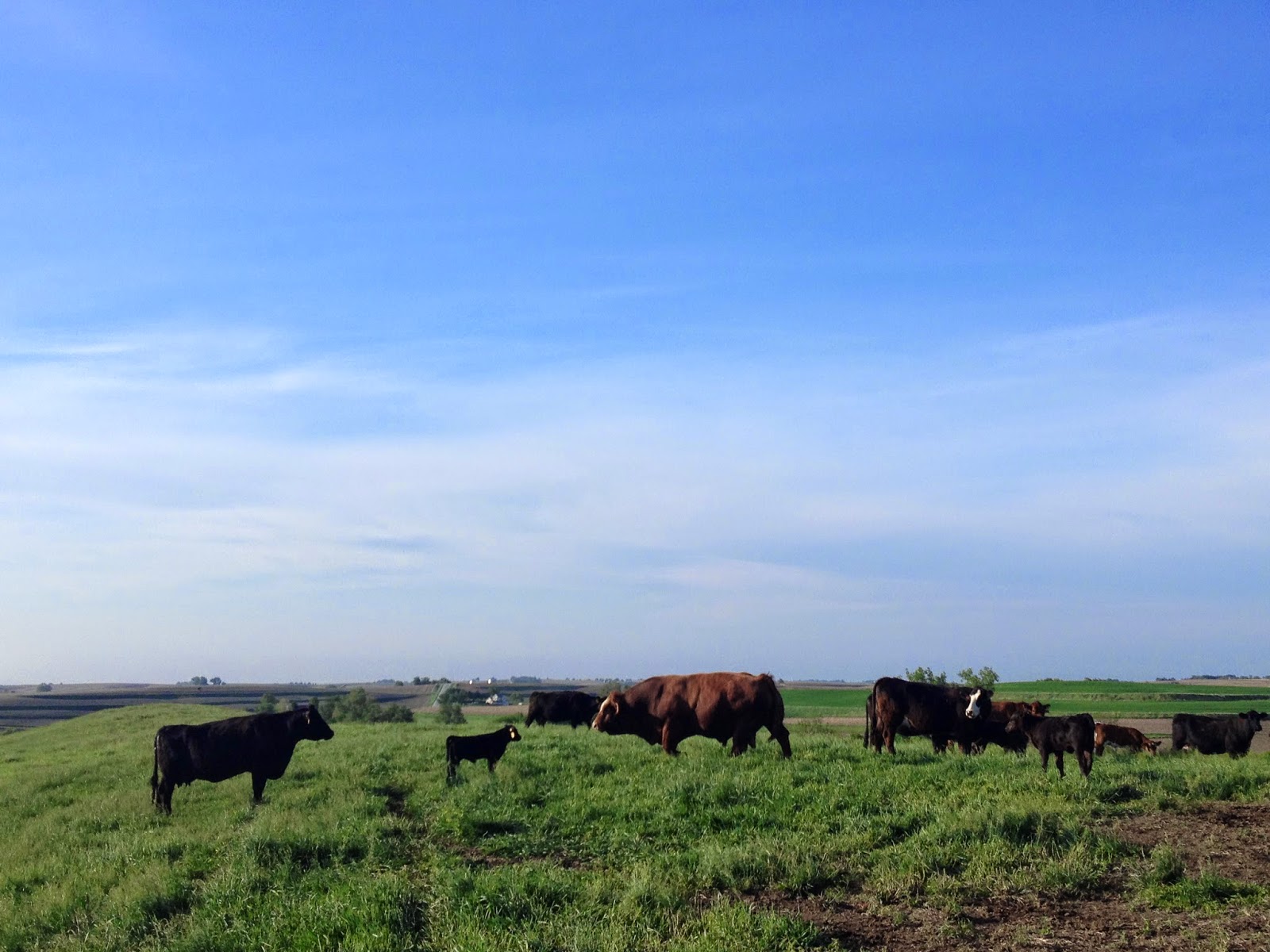 Basically Doug’s job is to breed any of the cows that come in to heat over the next few weeks.  We are going to AI (artificially inseminate) some of our cows, but this group Kevin decided to put Doug with first this year.  So hopefully he does his job and in about 9-10 months we will have some new baby calves on the ground.

« Replanting My Garden
May in Review »