A few weeks ago, my family had the amazing opportunity to be the Title Sponsors for a very special event in Lincoln, NE.  It was the “Git-R-Done for Team Jack Foundation with Larry the Cable Guy.”

We were honored to be a part of this fundraiser for pediatric brain cancer research.  There are too many kids (of all ages) diagnosed with brain tumors each year.  (I personally know three kids under eight that are fighting it right now and another family friend that is in her thirties.)
The Team Jack Foundation was started by the Hoffman family that we have recently had the pleasure of meeting and what they are doing for the advancement of pediatric brain cancer research is incredible.
Their son, Jack, was diagnosed in 2011 with a brain tumor.  He underwent two brain surgeries within five months in 2011 to remove 95% of the tumor.  After that he had to start with chemotherapy to attack that remaining 5% of the tumor that was aggressively growing.
Before Jack’s second life-threatening brain surgery, he was able to meet with his favorite Husker football player, Rex Burkhead.  They became very close and Rex’s support has helped place pediatric brain cancer on the national agenda.  You may remember Jack’s famous touchdown run at the 2013 Nebraska Cornhuskers Spring Game.
After Jack was diagnosed with the brain tumor, his parents wanted to help find a cure for pediatric brain cancer.  Soon after the Team Jack Foundation was founded to help raise money to support brain cancer research.
At the Larry the Cable Guy event, my family had the privilege of meeting Jack and his parents, Andy and Bri Hoffman, and also presenting a donation to the Team Jack Foundation. 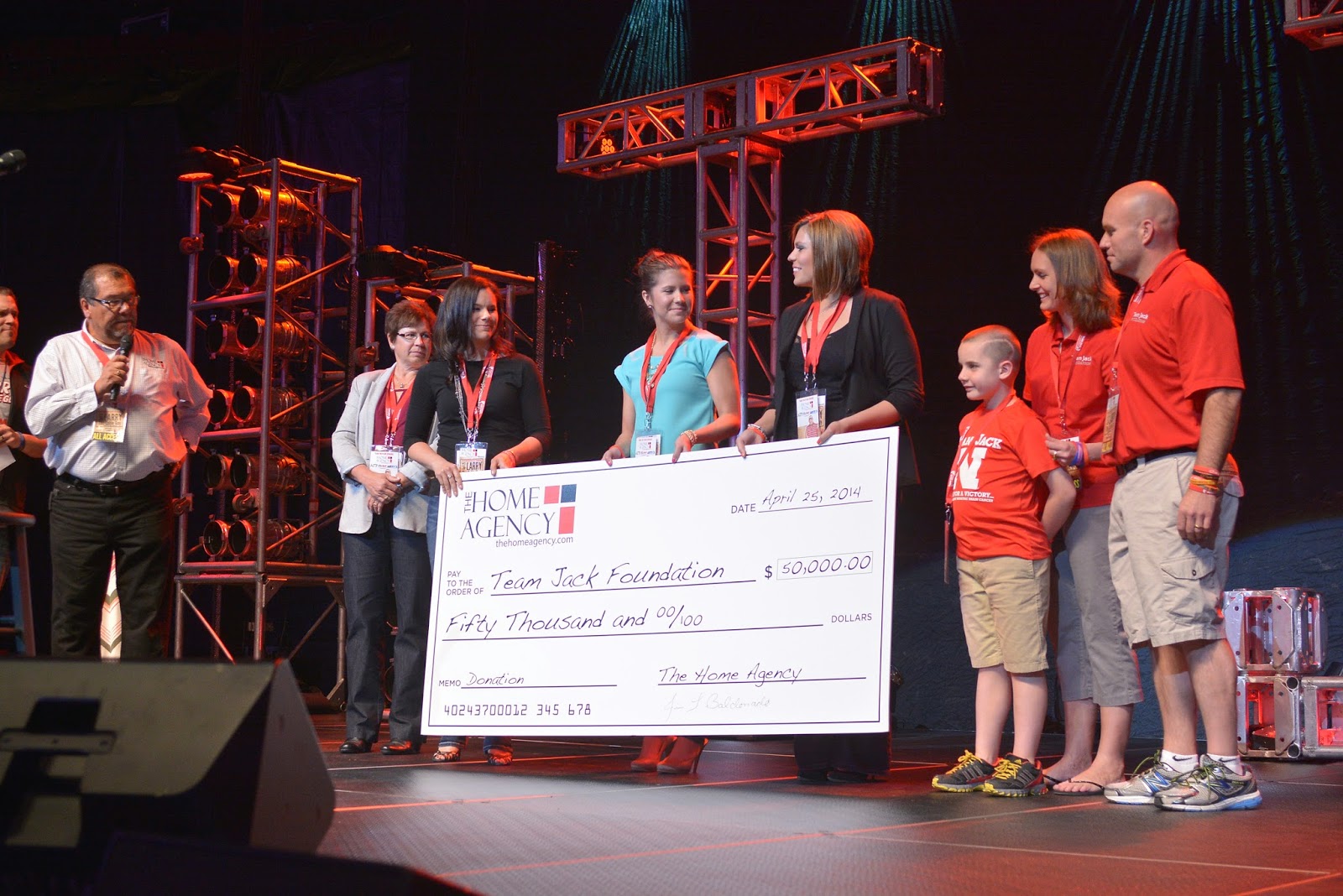 I loved Jack.  He was just like any normal seven year old.  He is full of energy, so happy, a little shy (until you get to know him!), loves to tell jokes and try to trick you (we all fell for them!), and of course a little ornery!  He was the best!  His parents were great too!  Listening to Andy talk about their family and all that they have accomplished so far is just amazing….
After we presented them with the check, my dad got to announce Larry the Cable Guy!  Little did we know that Larry had a surprise up his sleeve.  When he decided to be a part of this great event, he called up his good friend, Jeff Foxworthy, and asked him if he wanted to come out to Lincoln that night.  Of course he said yes!  So not only did we get to see Larry the Cable Guy perform, but we got to listen to Jeff Foxworthy entertain us too!  It was great!  And both of these guys donated their time that night, so all of the proceeds went straight to the Team Jack Foundation.  The last I heard they raised almost $200,000 in that one evening!  All of which will help fund pediatric brain cancer research!
Since May is National Brain Tumor Awareness Month, I wanted to share this experience with you all and leave you with a few significant statistics:

Brain Tumors do not discriminate. Primary brain tumors – those that begin in the brain and tend to stay in the brain – occur in people of all ages, but they are statistically more frequent in children and older adults. Metastatic brain tumors – those that begin as a cancer elsewhere in the body and spread to the brain – are more common in adults than children.
Brain tumors are the:
The facts and statistics here include brain and central nervous system tumors (including spinal cord, pituitary and pineal gland tumors).
*This information is from the American Brain Tumor Awareness website.