Last Friday Kevin was going full speed ahead planting corn.  The weatherman was no longer calling for a chance of rain on Sunday, he was just flat saying that it was going to rain, all day long.  So all the farmers in the area were trying to get as much in the ground as they could that night.  Kevin would have gone all night, but he had a piece break that put a stop to the planting around midnight. 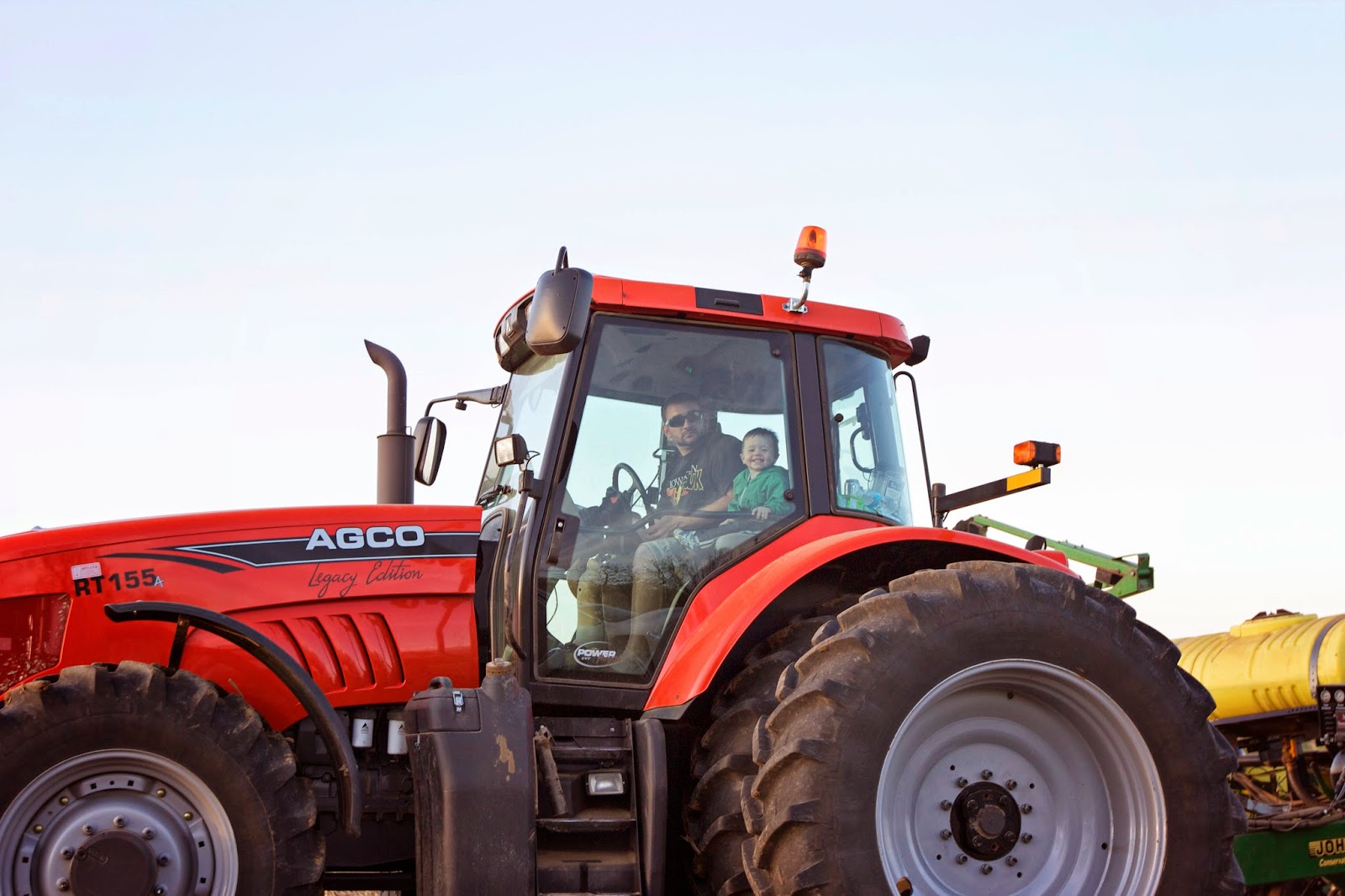 Hudson had actually been riding with Kevin since about 1pm that afternoon.  Axten and I ran some supper over to them and he got to ride with daddy for a little bit while Hudson ate and I took some pictures.  I tried to get HD to go home with me then, but he wanted to keep riding with daddy.  Seriously, this kid had already been sitting in a tractor for the last six hours!  How much longer could he last? 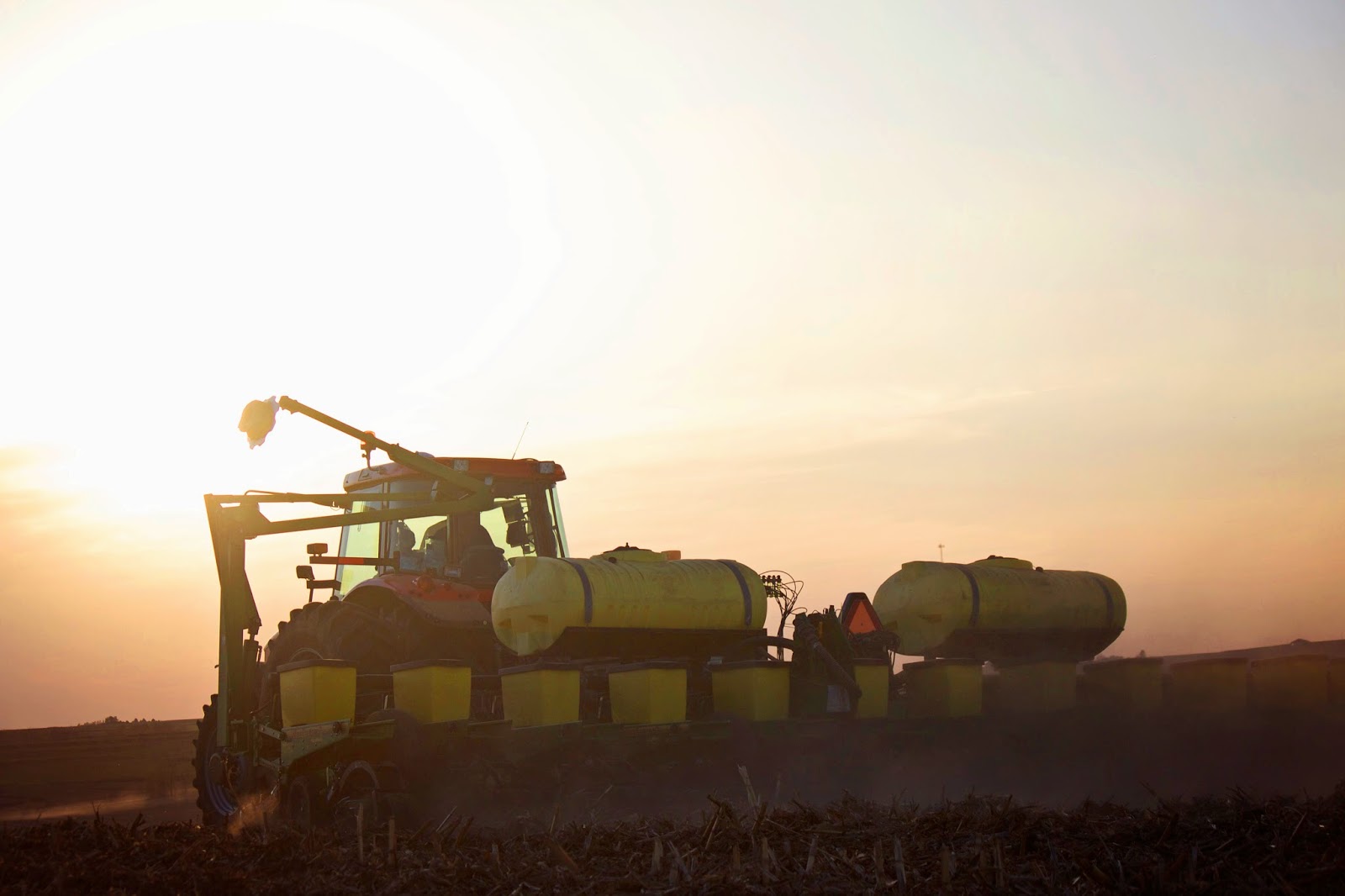 At ten o’clock Kevin texted me and said that Hudson had fallen asleep.  Ax was already in bed, so I couldn’t go get him.  Kevin ended up coming home two hours later when he broke that piece.  So Hudson had ridden with Kevin for 11 hours that day!  Crazy! 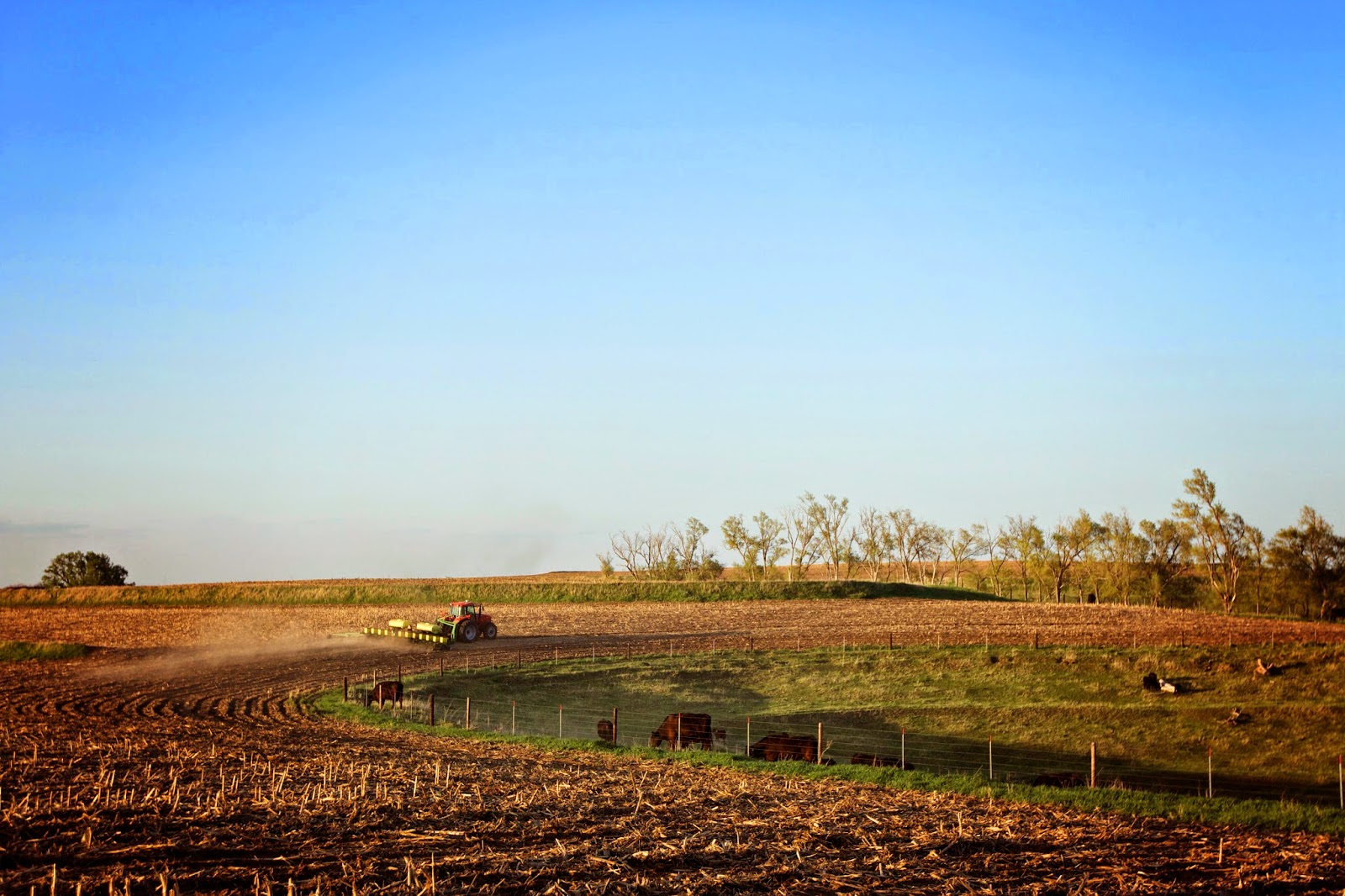 The next morning at breakfast, Hudson grabbed my phone, opened the weather app, and said “I have to check the weather.”  Can you say farmer-in-training???

By Saturday night we were able to get done at that farm.  Just in time for 3.8″ of rain on Sunday.  It was quite the Mother’s Day.  It poured that morning, we had 1.1″ of rain while we were at church.  Then storms rolled through that evening.  All that rain is welcomed, but I know that most of the farmers in the area wish they could have finished planting first!

Kevin might be able to plant some tomorrow later in the day.  The weather hasn’t been very ideal for drying the ground.  It’s been cool and cloudy most of the time since Sunday when we got all that rain, but it’s getting there.  All the corn and beans will get planted eventually!

How’s the weather been in your area this spring?