Yeah for the end of the week!  Kevin started planting corn on Wednesday afternoon and then we received .3″ of rain later that night, so he was out of the field until this afternoon.  So last night after supper, we all headed down to the creek and went looking for morel mushrooms. 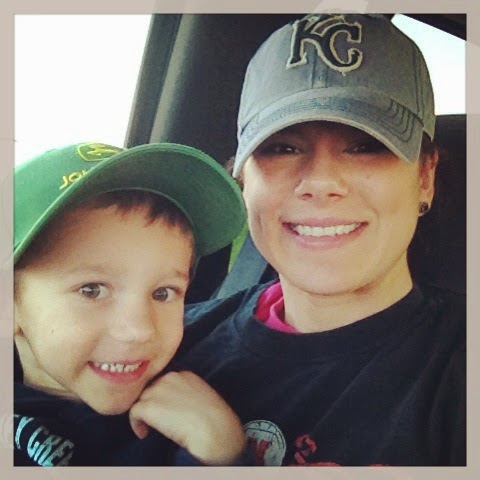 Both of the boys were excited to be out doors.  Unfortunately since it was so muddy, Kevin and I had to take turns carrying Axten.  He’s only 27 pounds or so right now, so that was fun! 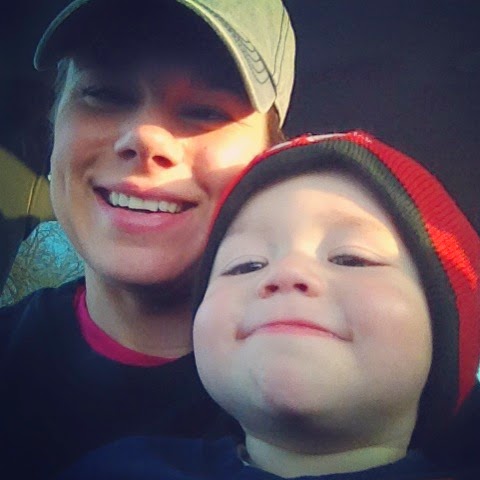 We didn’t end up finding any mushrooms, but I took some neat pictures with my iPhone. 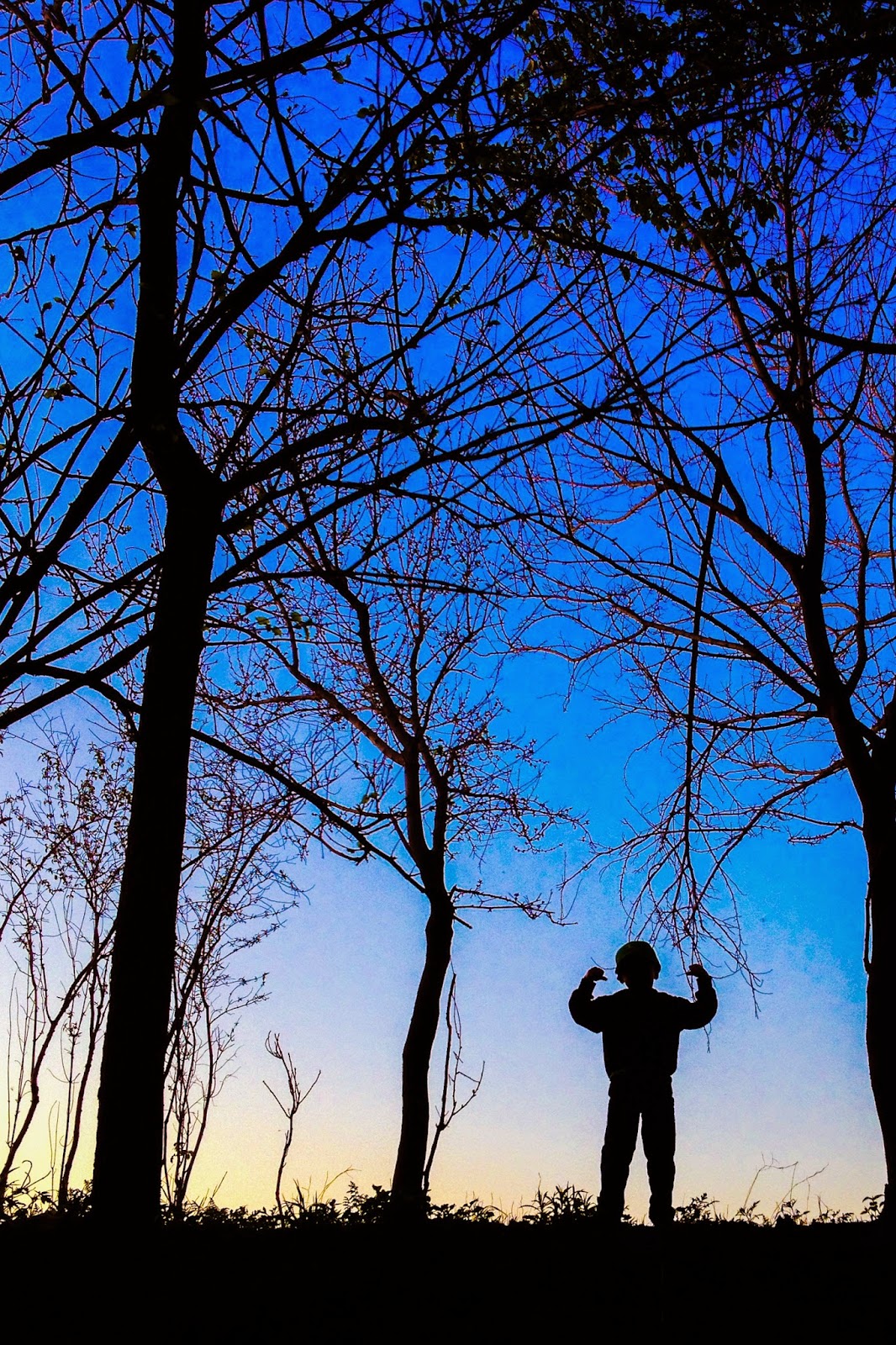 Hudson was climbing up the bank and I told him to turn around and show me his muscles.  He looks so tall in that picture! 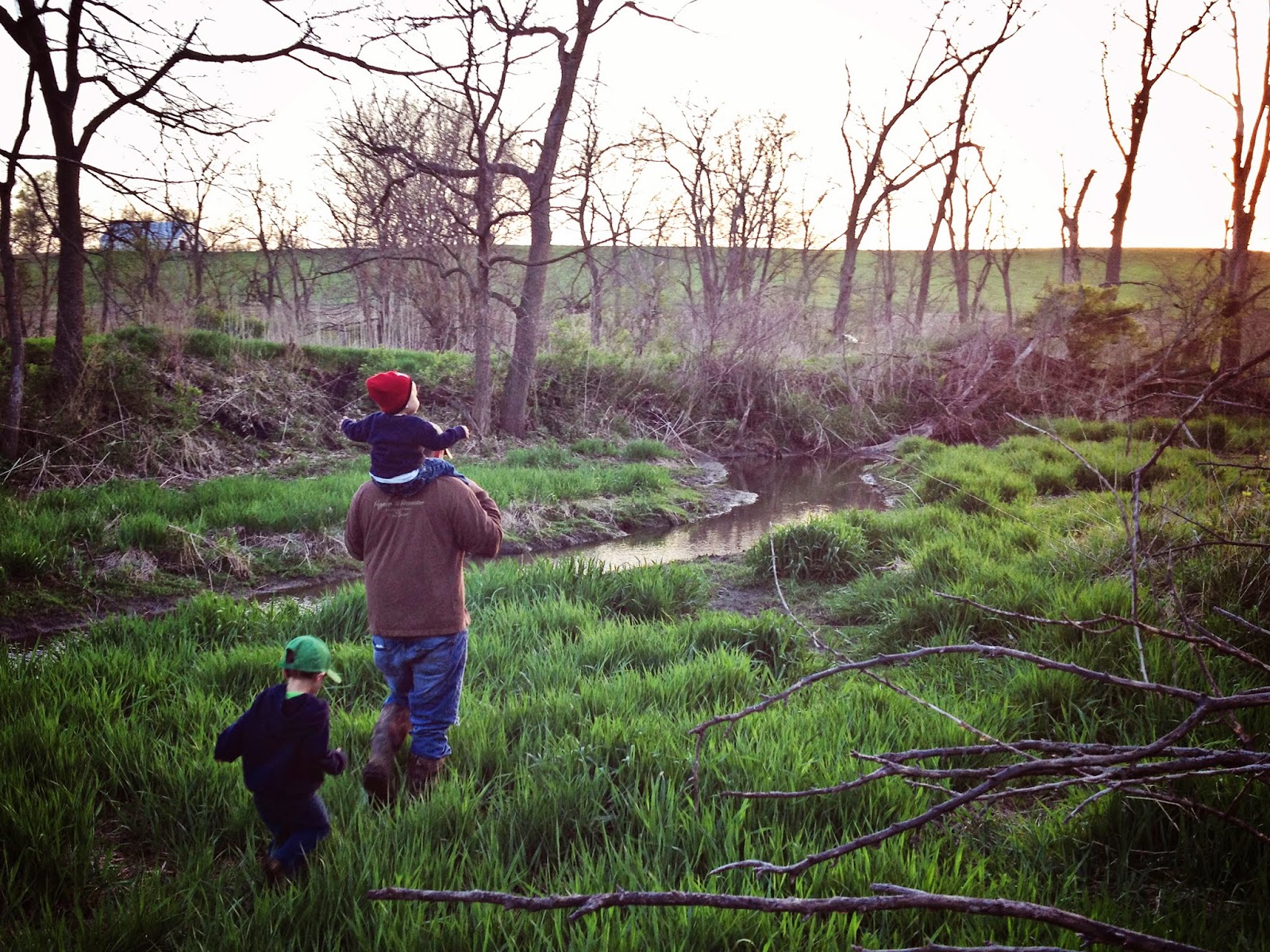 It was so peaceful down there.  The sun was going down and the frogs were all starting to croak.  I’m glad Kevin made me leave all the dirty dishes and go with them! 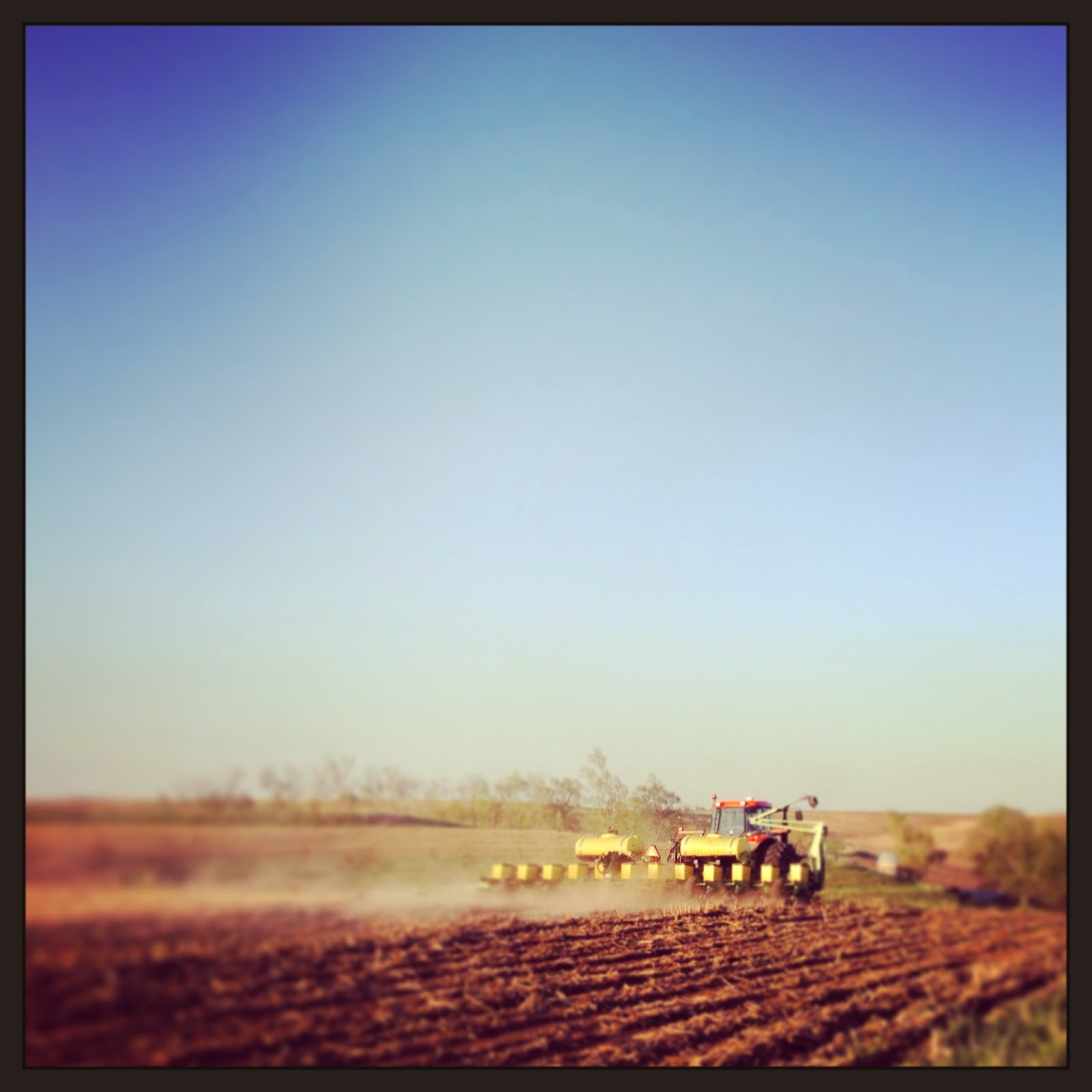 Today he was back in the field.  Hudson has been riding with him since about 1pm this afternoon.  Axten and I took them some dinner earlier and I was thinking I would just take Hudson home with us, but he wanted to stay with daddy.  I bet he’s going to be one tired boy when they get home!
I’m looking forward to a pretty calm weekend around here.  Hope you have a great weekend also and happy Mother’s Day a few days early!