Meet Archie.  He’s a bottle calf that we have right now.  He was a twin, but his momma wasn’t taking care of him, so Kevin pulled him away and now he gets a bottle of calf milk, usually from Kevin’s Grandma Marian, a few times a day. 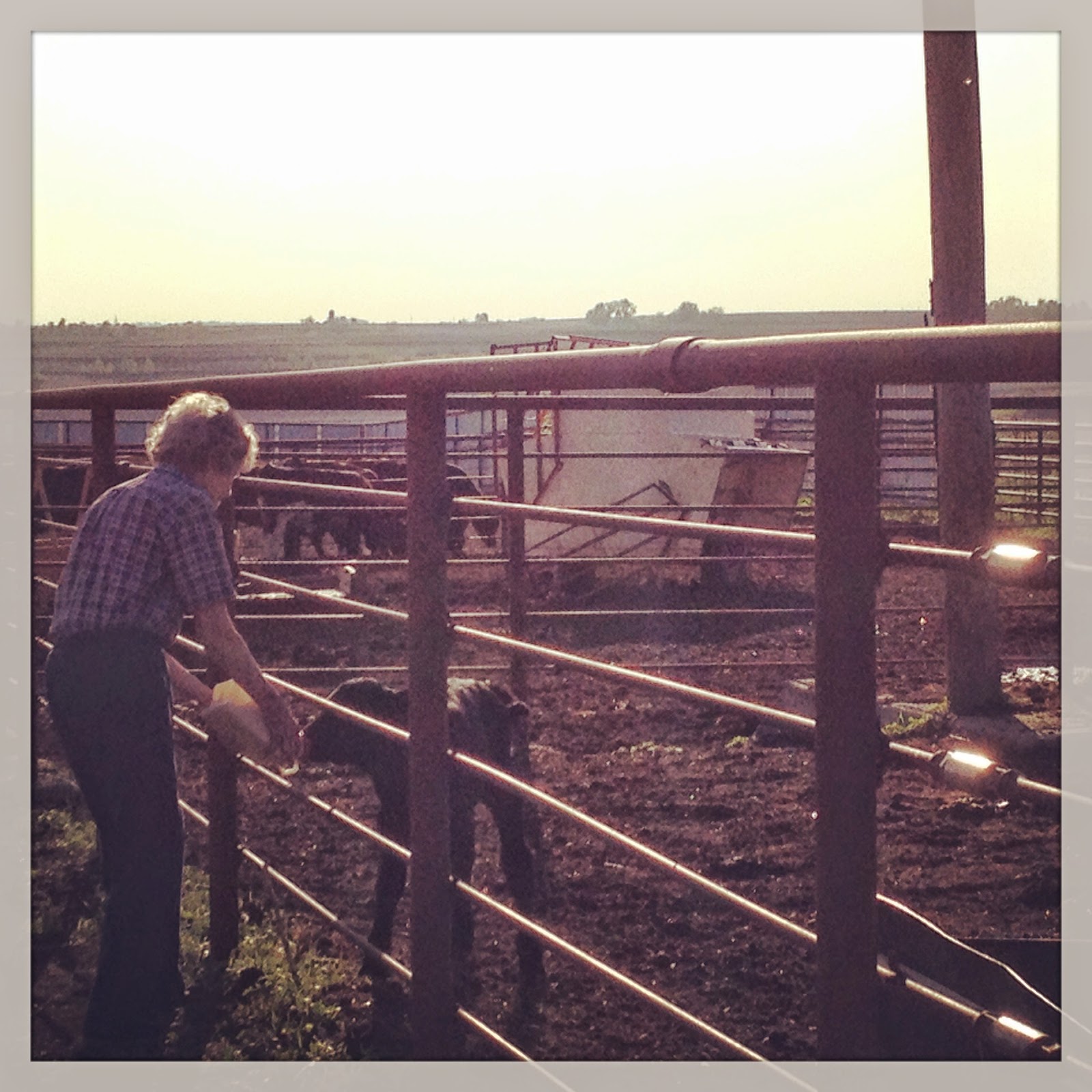 Sometimes momma cows do well with twins and sometimes they don’t.  We don’t have many sets of twins, but when we do it’s always a great surprise!
Hudson named Archie the other day.  He’s actually named after one of Hudson’s best friend’s little brothers.  We don’t usually name the cattle, but there are a few special ones that have names that have stuck.  We usually name the bottle calves because we spend extra time with them and it’s nice to be able to call him something other than Yellow 64.  🙂 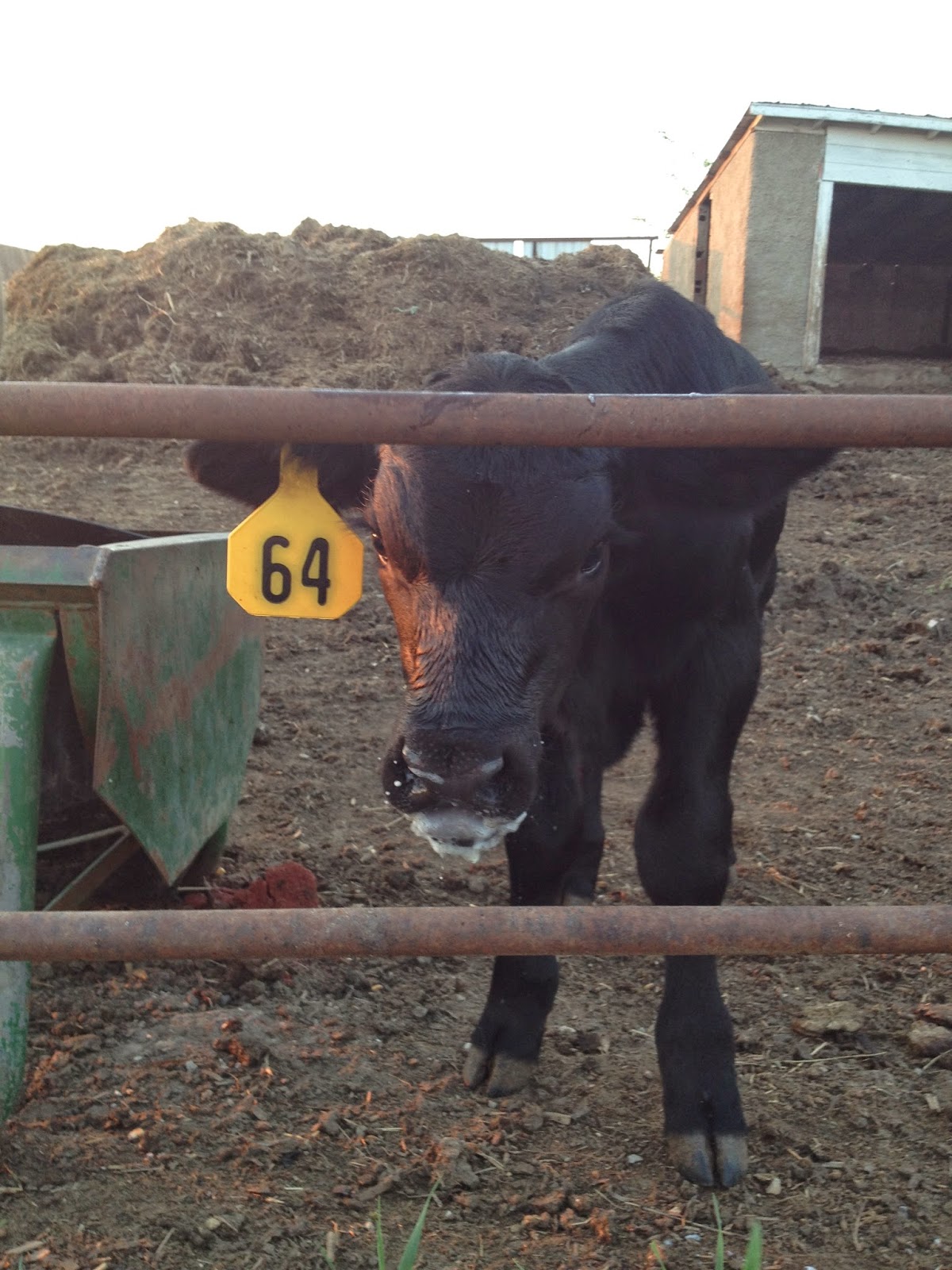 The boys like to help Marian feed Archie and if they see her going out in the evening to feed him they go running to help out. I’m sure he just loves all the attention that Axten shows him!  The poor calf just wanted to drink his bottle, but Axten wanted to pet him. 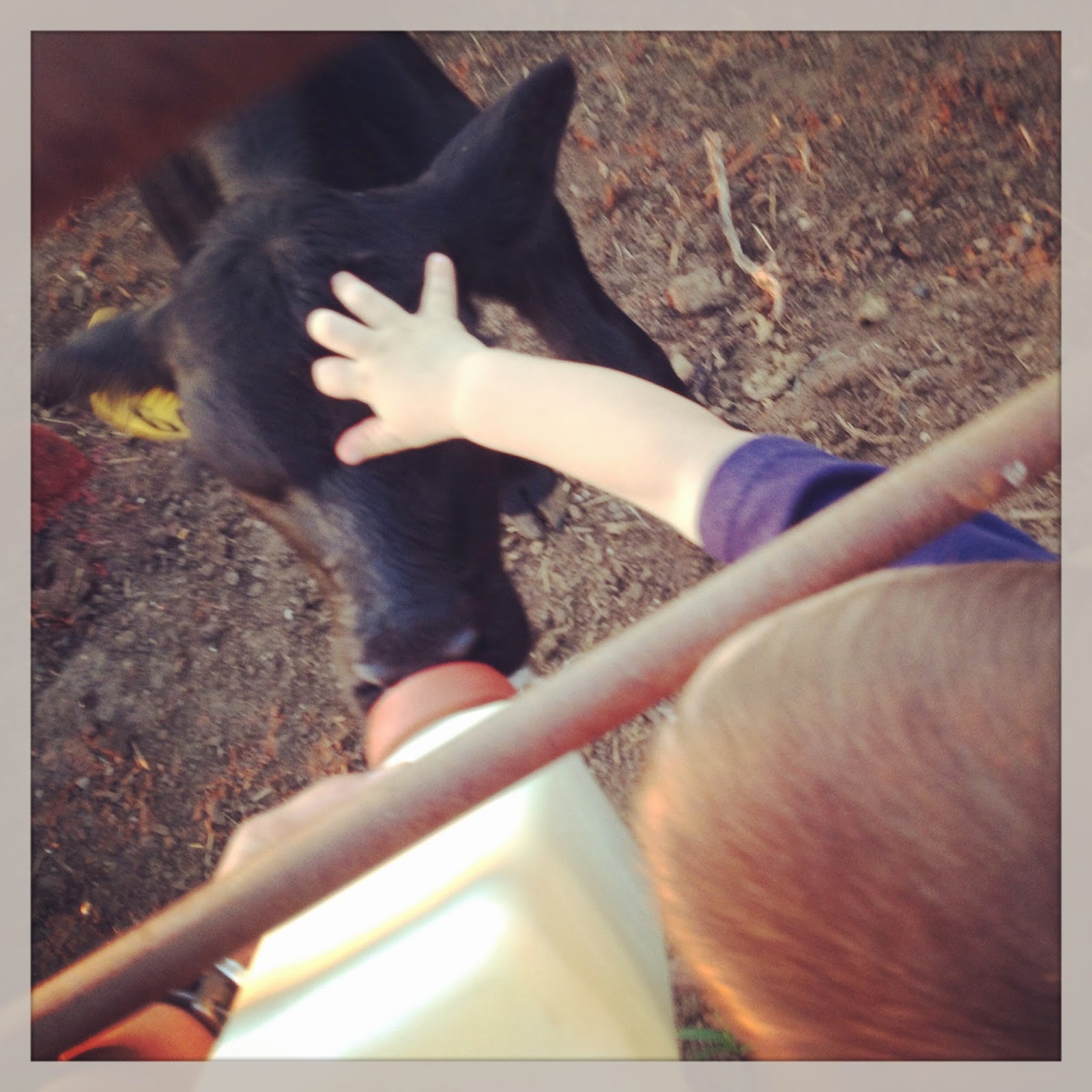 Archie will be bottle feed a few times a day, every day, for the next few months until he’s big enough to get turned out on his own with the other cattle.
To keep up with what Archie is doing, follow me on Instagram, Twitter, and Facebook!