After the severe storm last week, there is a lot of damage in our area, not only to homes, barns, sheds, machinery, grain bins, and trees, but also to the crops.  The damage is so wide spread (from South Dakota down to Missouri) that there are a lot of farmers wondering what will come of their crops this year.
Right now we are in a “wait and see” period.  As everyone saw right after the storms all of the crops looked like they were a total loss.  But here we are six days later and some of them are starting to look like they might make it. 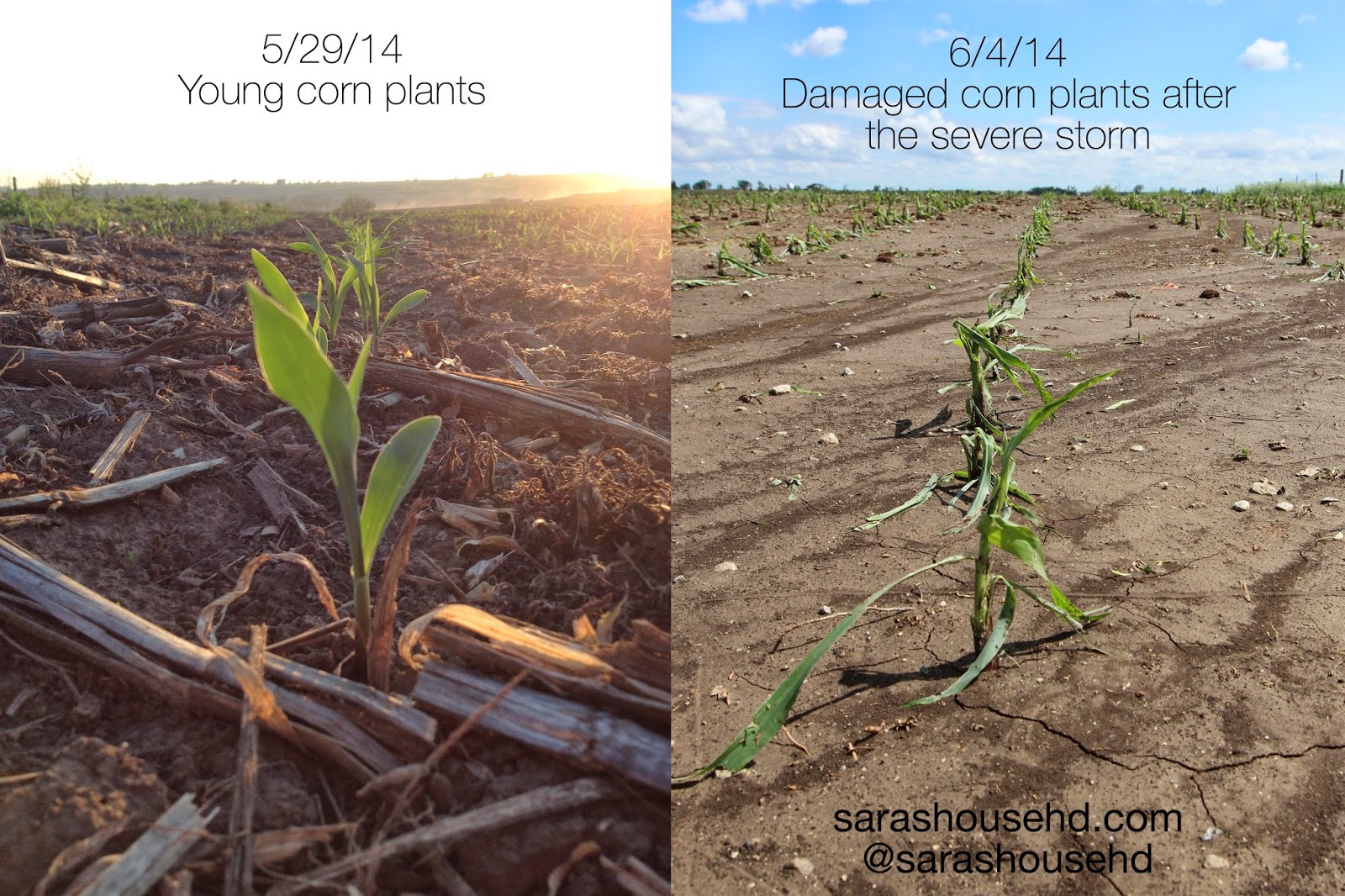 I’ll take some photos at the end of this week, which would be 10 days after the storm and compare it to what we saw the day after.  As farmers, it’s tough to just sit back and do nothing, but for the time being, that’s what we have to do.  Hopefully some of these crops will come out of this, but I know a lot won’t.  There will be a lot of replanted soybeans and some corn, but some fields won’t be able to be replanted for one reason or another. 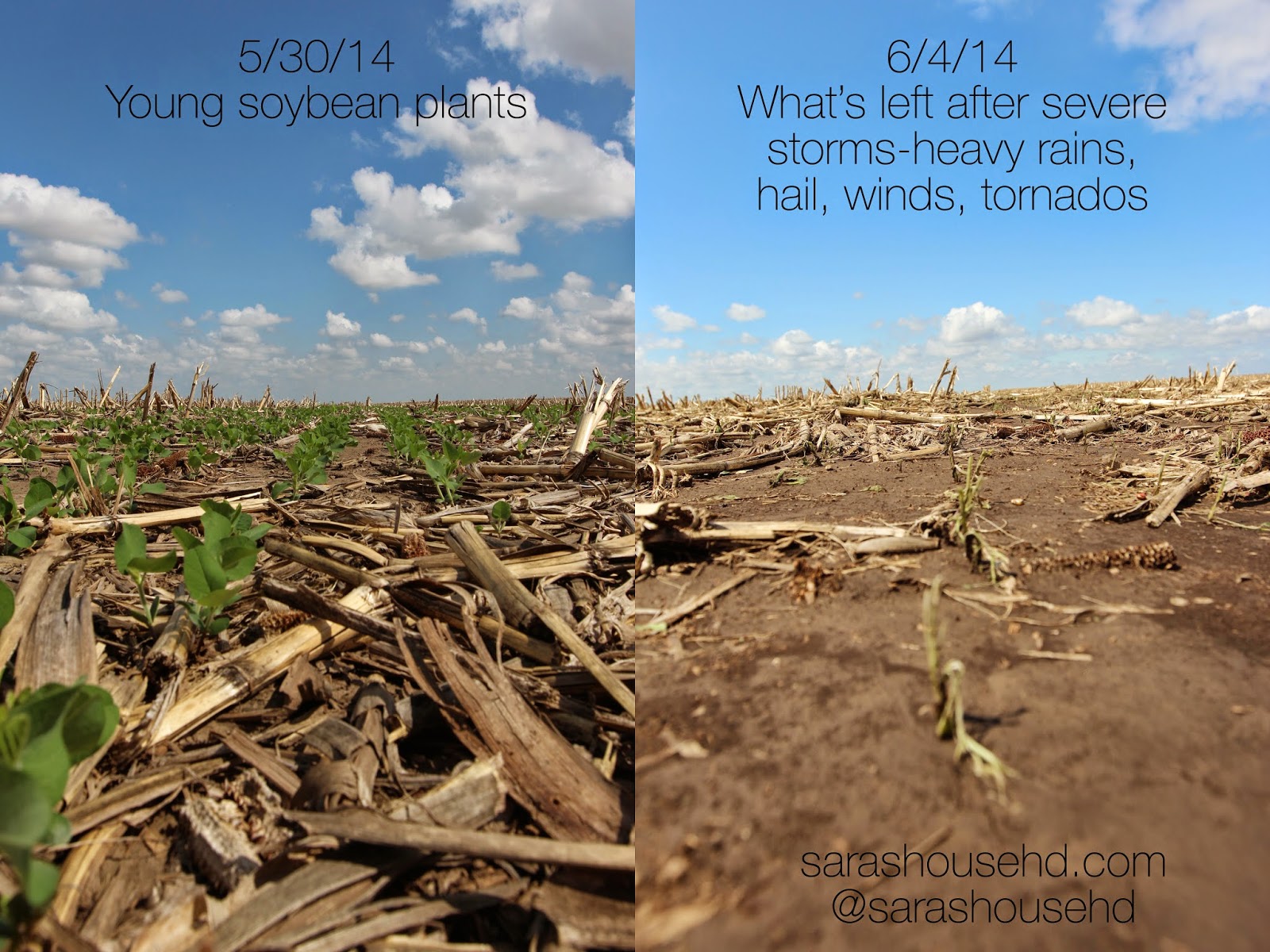 I’ve heard farmers and insurance guys say that they’ve never seen it this bad in all the years that they have been in the business.  That’s not very reassuring, but that’s why we buy crop and hail insurance every year!  So, for the next few days we’ll be “waiting and seeing” how the crops do and then will start making decisions about what to do next…..Stay tuned to see what we have to do on our farm!