I’m going to tell you right up front that this is just NOT my year to garden.  It all started back around the first of the year when all the seed catalogs start arriving.  I told Kevin at that point that I was not even looking forward to planting a garden.  (I think I say that every year and then he talks me into it.)  But after a few months of cold weather I was ready to get outside when it started warming up.  So my sister-in-law, Nancy, and I started some little seedlings in our shed. 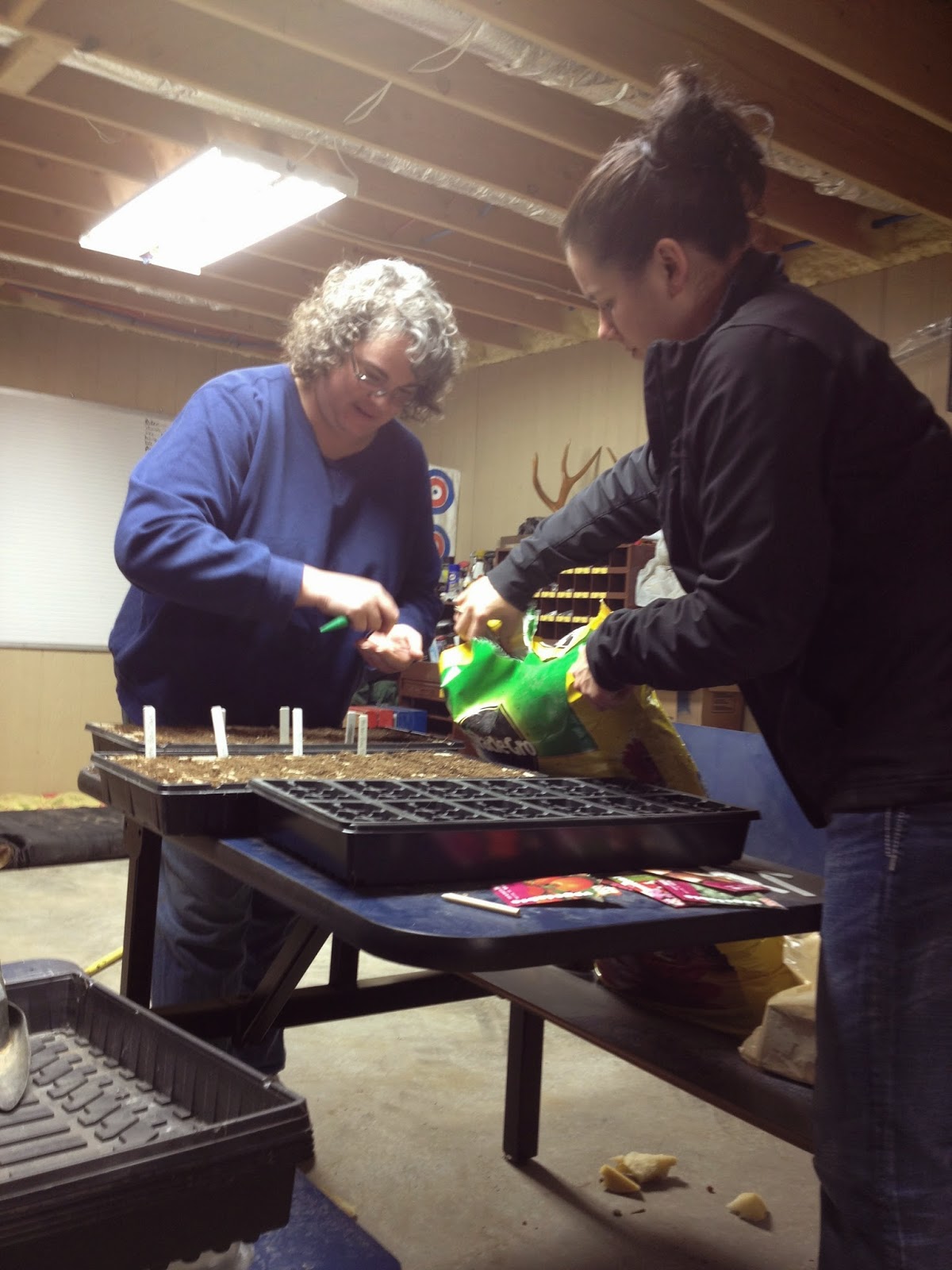 Those little seeds started out pretty well in the shed under the special light. 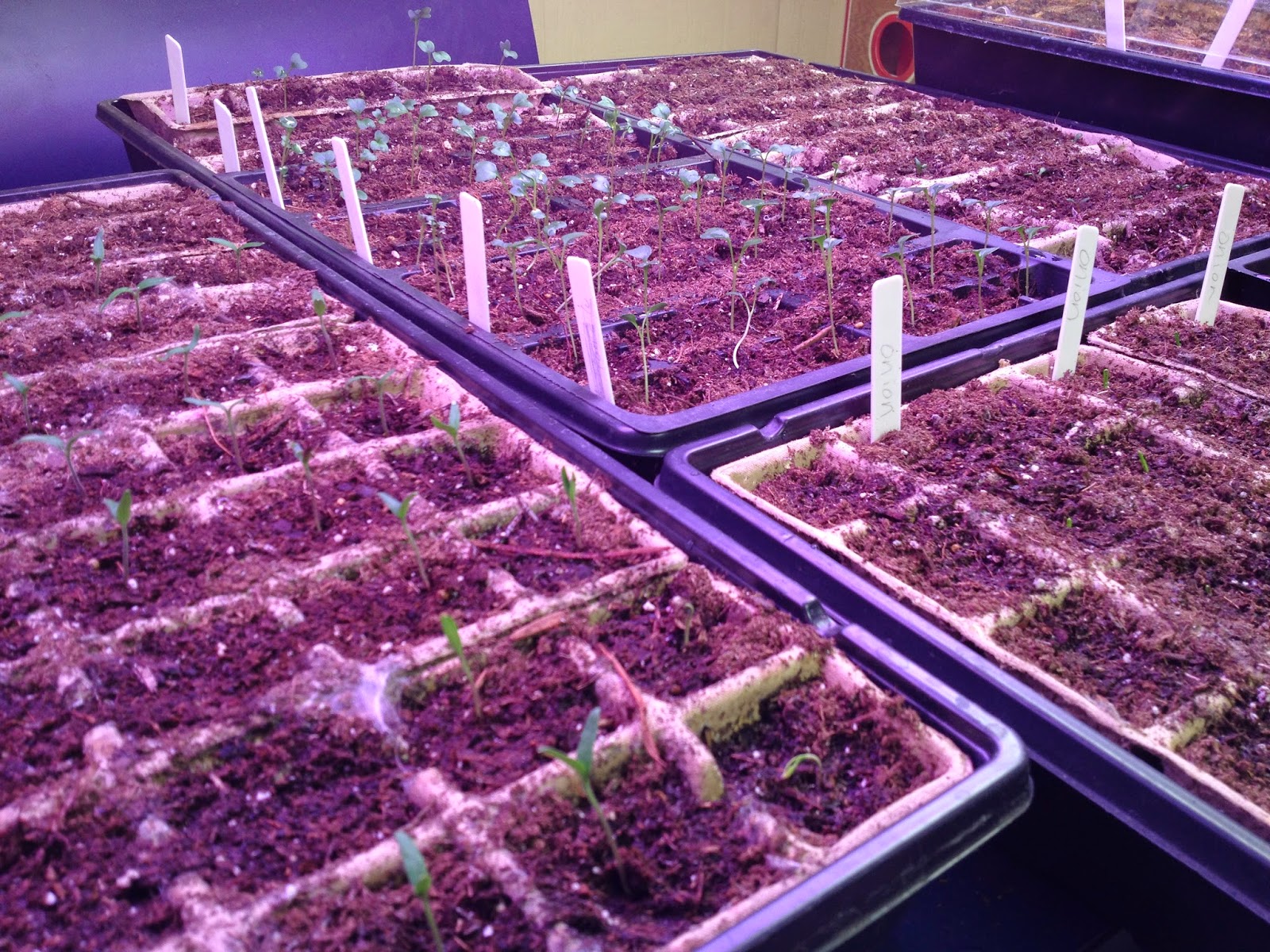 But then I sat them outside to get some real sunshine and I forgot to put them back inside that night.  The wind came up and by the next morning the containers were scattered all over the place.  I managed to save some of them, but they had still taken a beating.

After that they didn’t really come back, so all that work was for nothing.
So I bought some plants and some seed and after my father-in-law tilled my garden I got everything planted. The garden was all nice and neat and there weren’t any weeds yet.  The plants were taking off and the boys loved to play out there in the tunnels that I had made for the pole beans to climb up on. 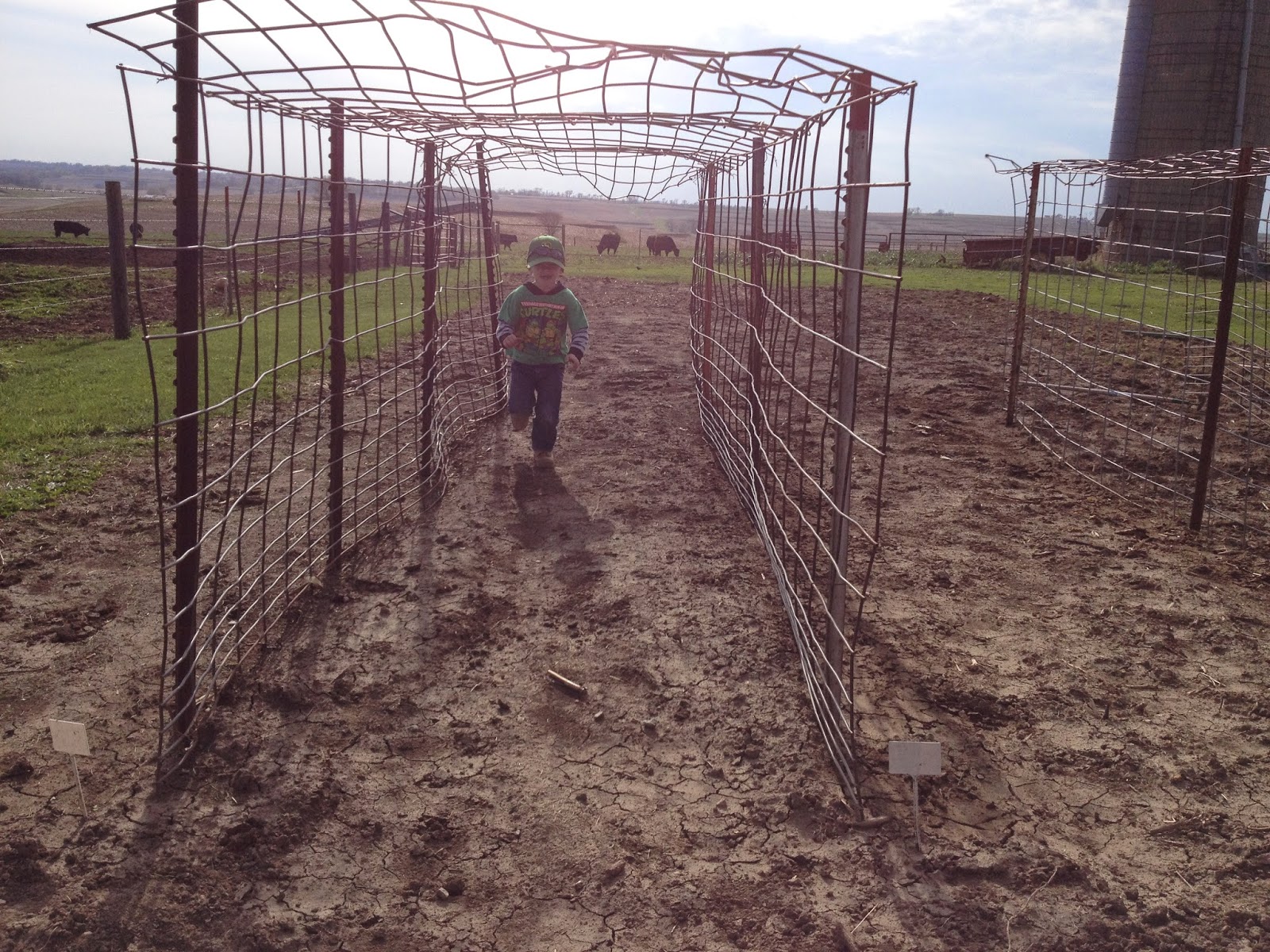 And then a frost struck in the middle of May.  My strawberries survived even though they were just starting to bloom. 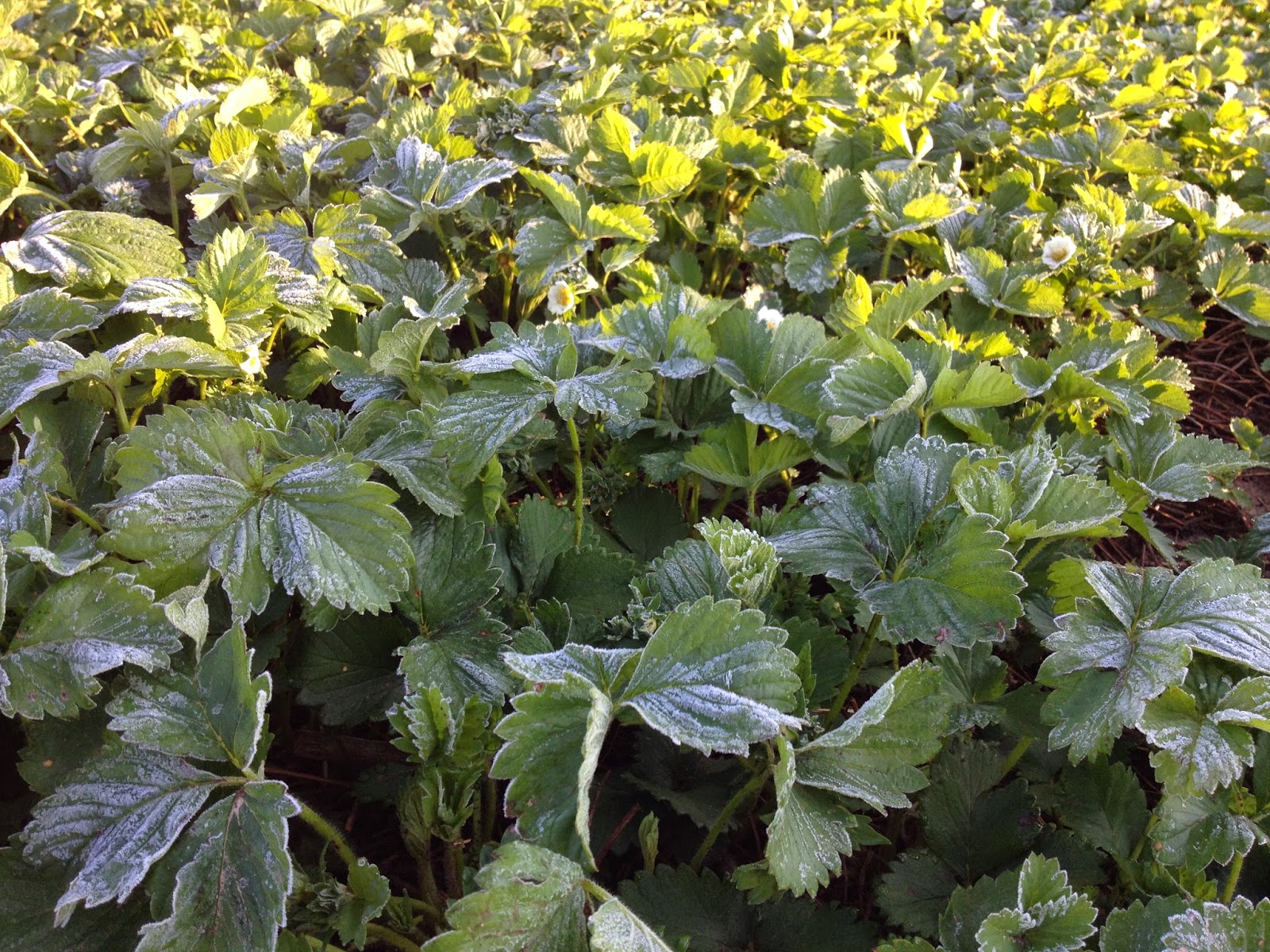 But the rest of the garden, for the most part, had to be replanted. 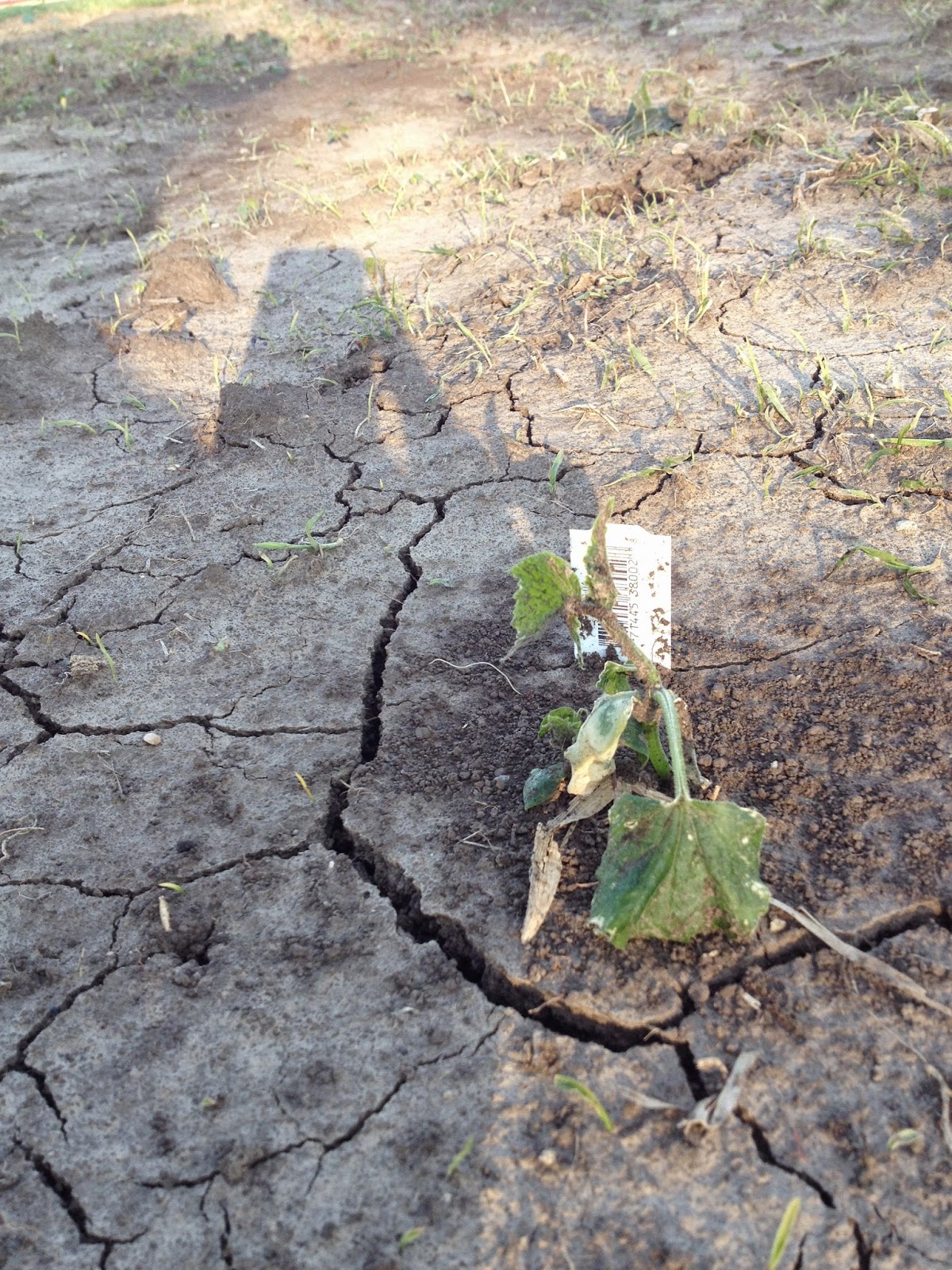 So it was back to the store again for some more plants. 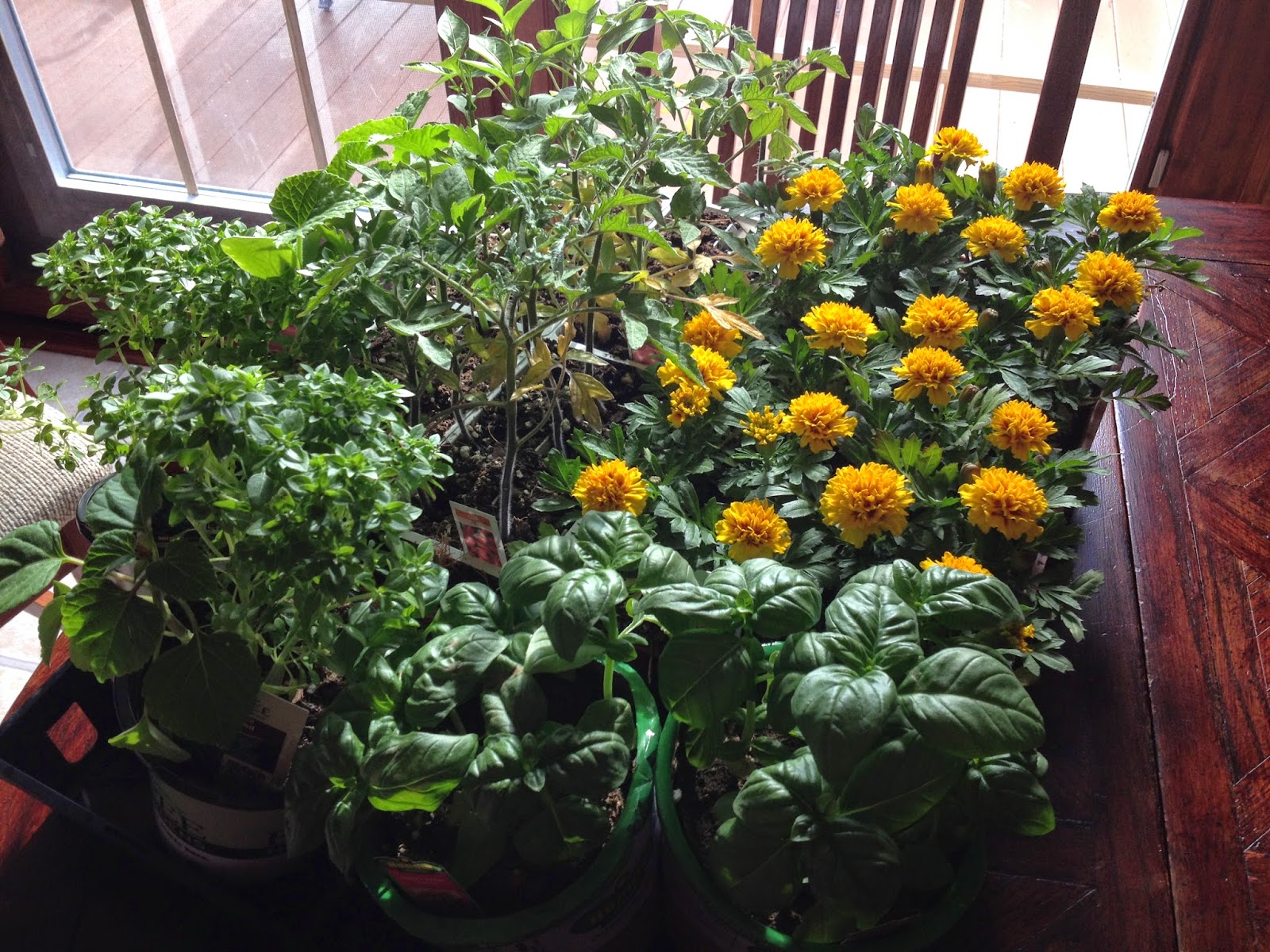 By this time the weeds and grass were starting to come up in the garden, so every spare minute outside was spent in the garden.  Luckily the boys liked to “help” out as we spent a lot of time there. 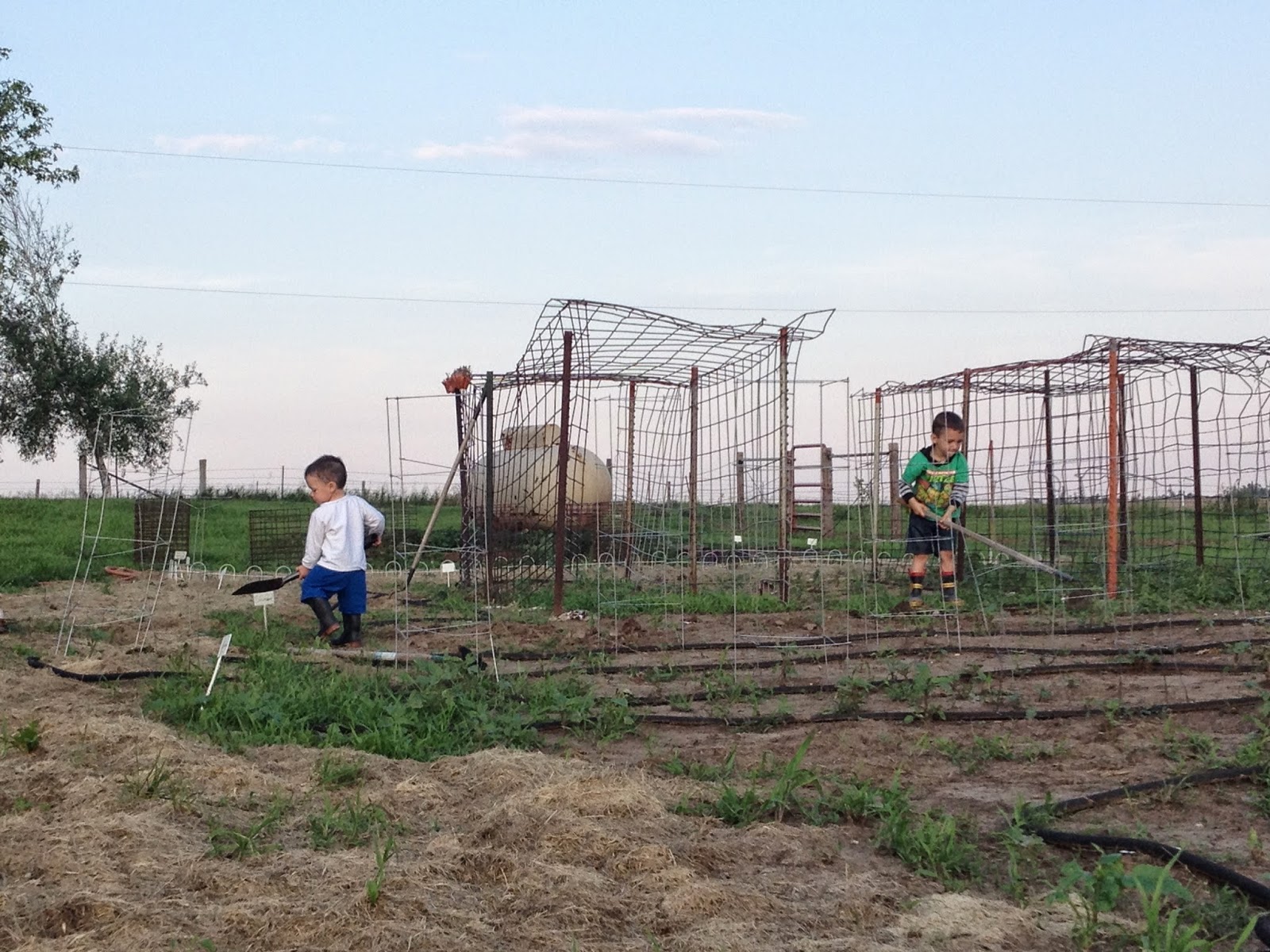 Then June 3rd rolled around and we had severe storms hit our area.  There were 100+ mph winds, large hail, heavy rains, and even a tornado.  Needless to say the crops and my garden did not fair well. 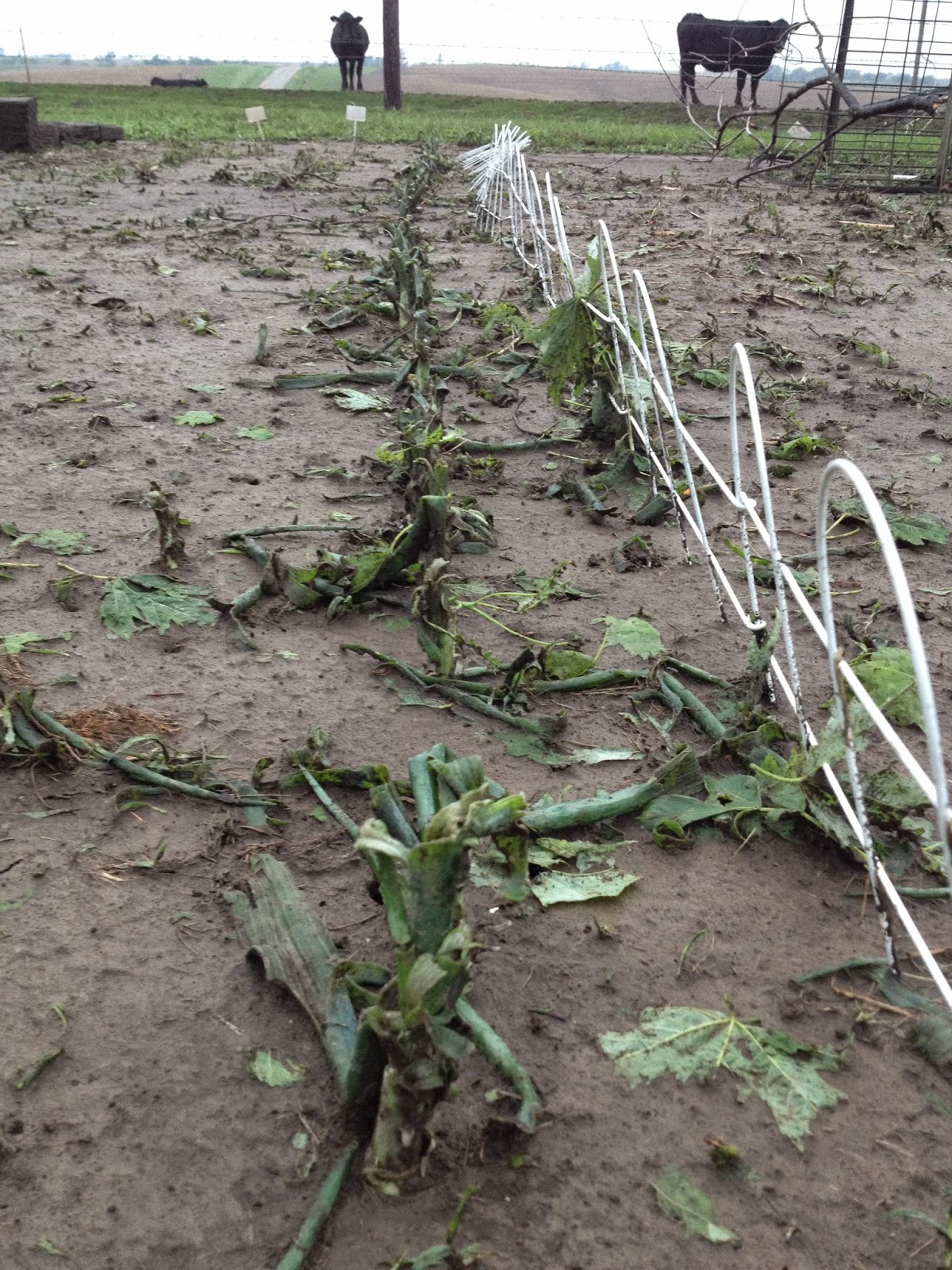 I decided to let it go and see what was going to come out of it.  I was not going to replant again.

Well, what came out of it was a bunch of weeds….. 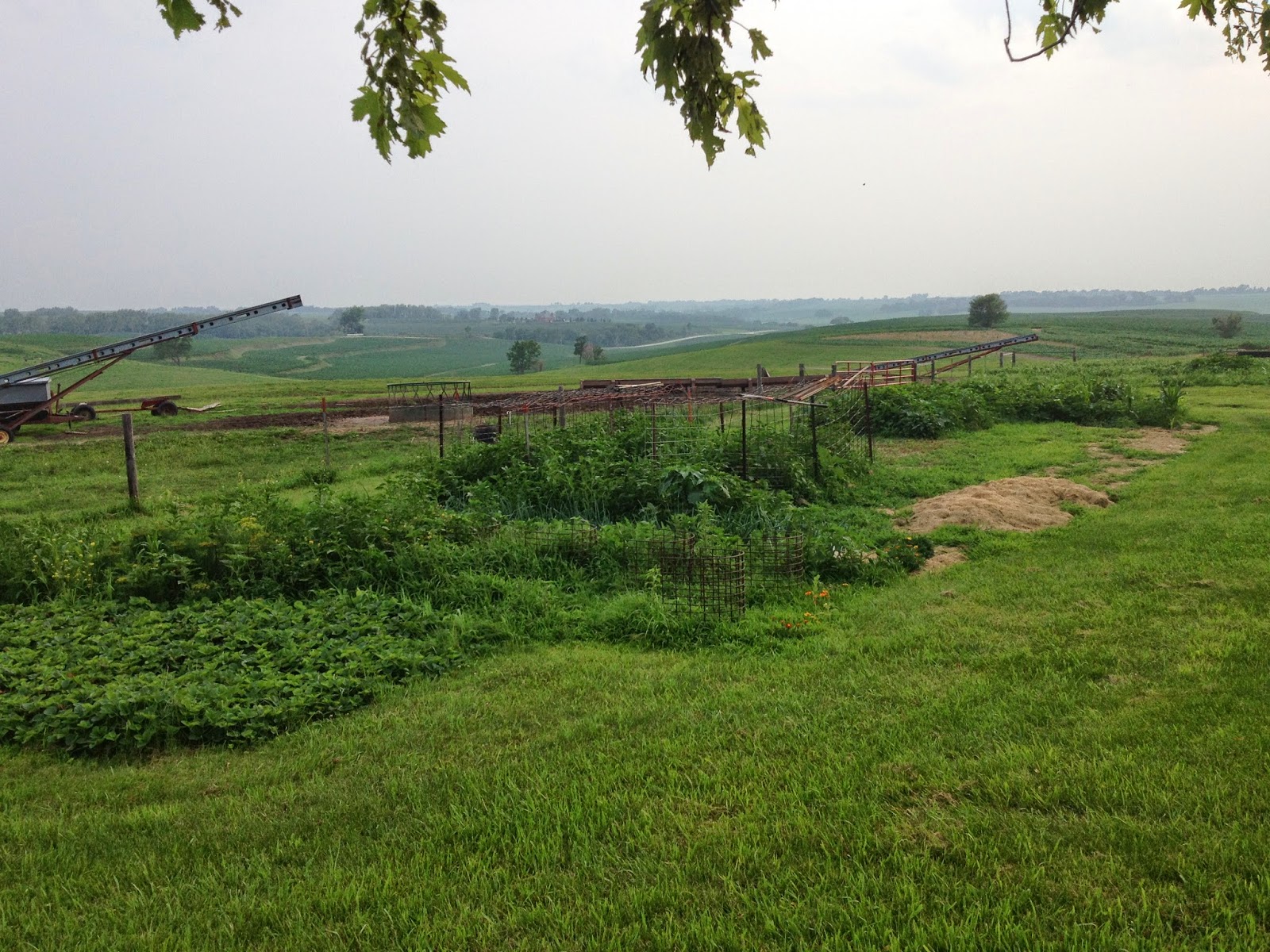 I did manage to get some strawberries out of my strawberry patch this year.  Not as many as in the past, but considering they survived through a frost and the hail it wasn’t bad! 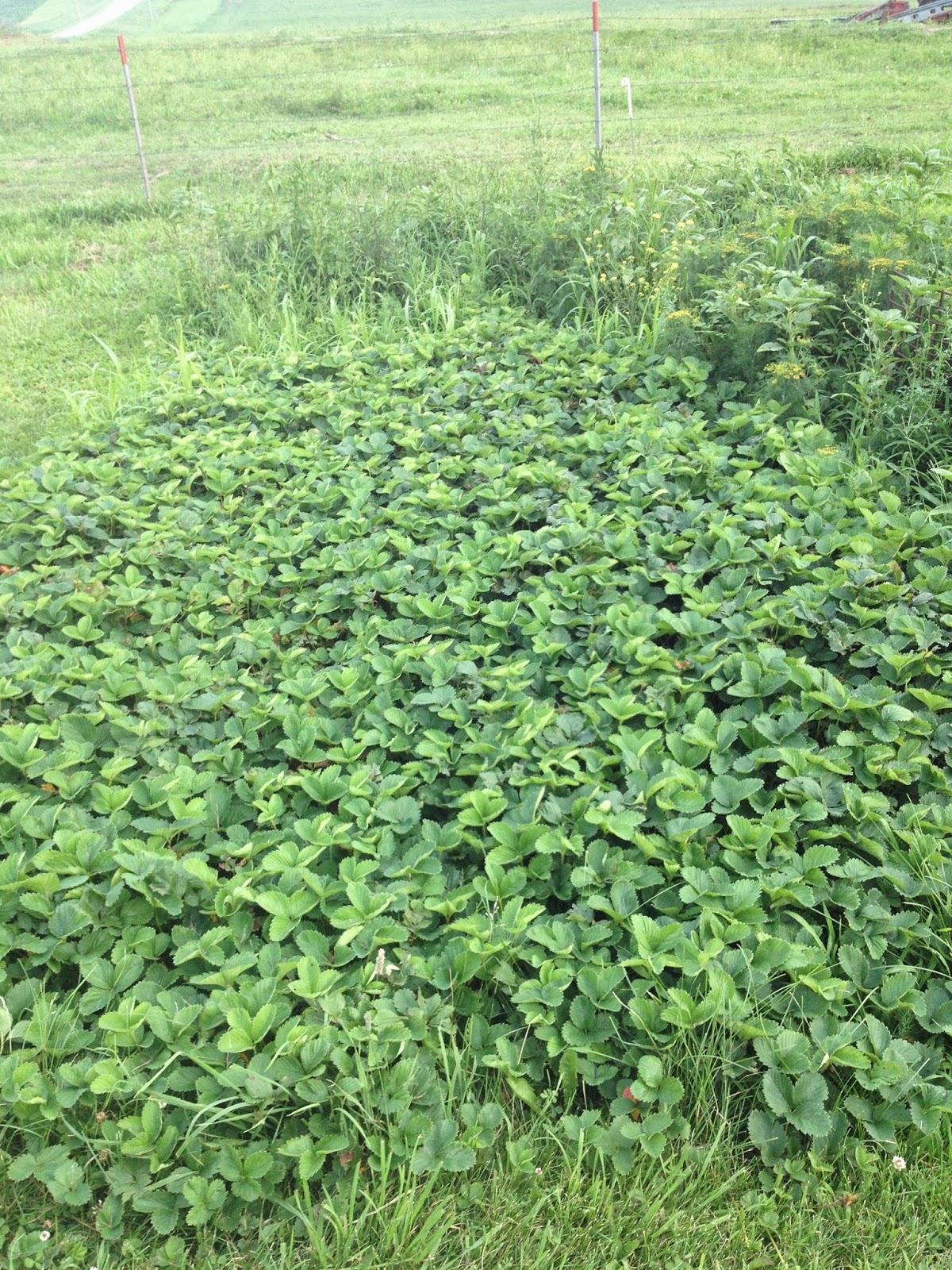 This is really embarrassing to show how bad most of the garden is overgrown, but with all the winds and not taking having the time to go pull the weeds this is what it now looks like.  Since I know that pretty much everything is gone in the garden I’ve decided to just let it go for the most part.

This section of herbs I wouldn’t mind digging out when I have a chance. 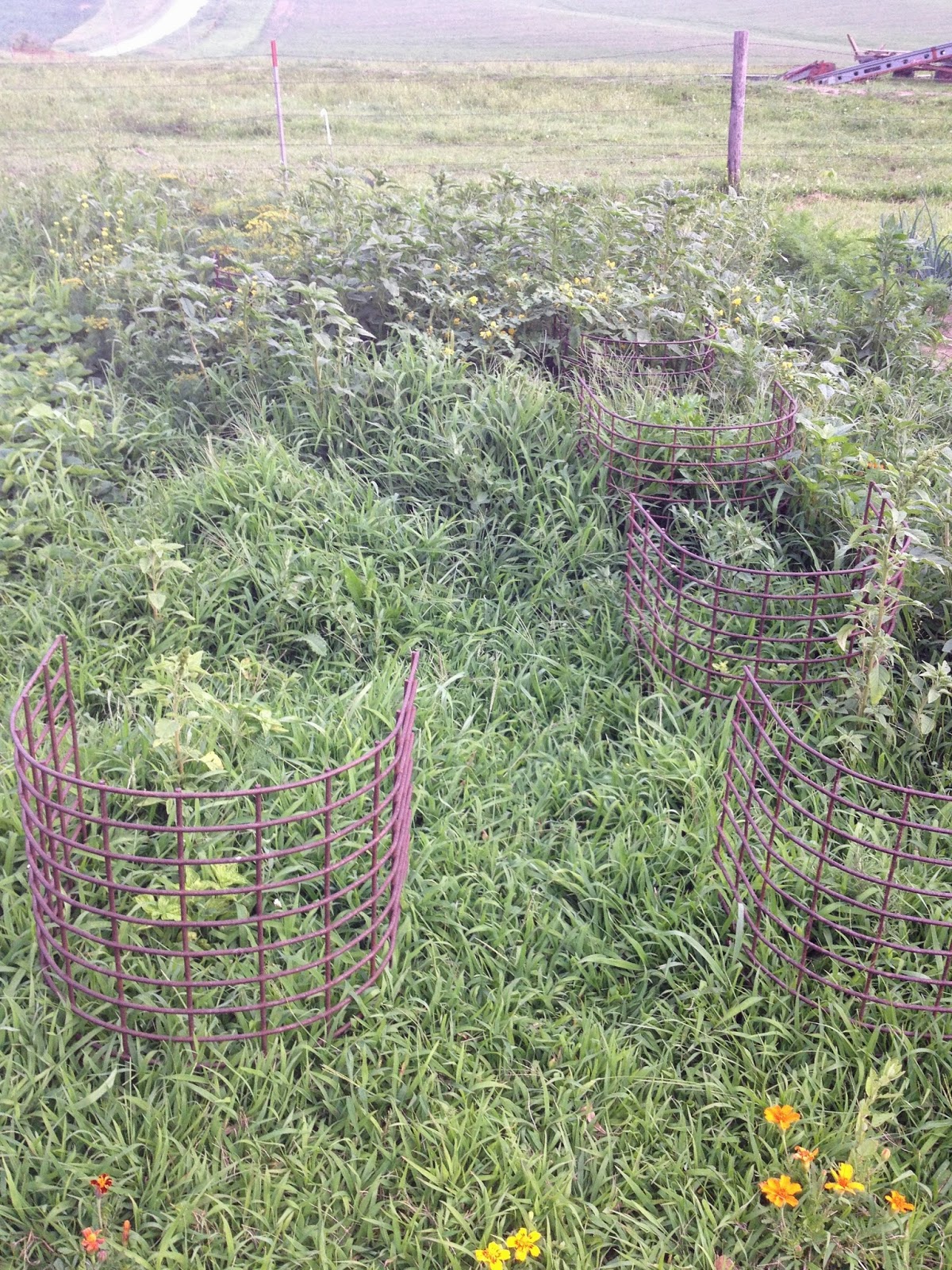 And this section of carrots and onions is doing well considering the weeds creeping up on the outside edges. 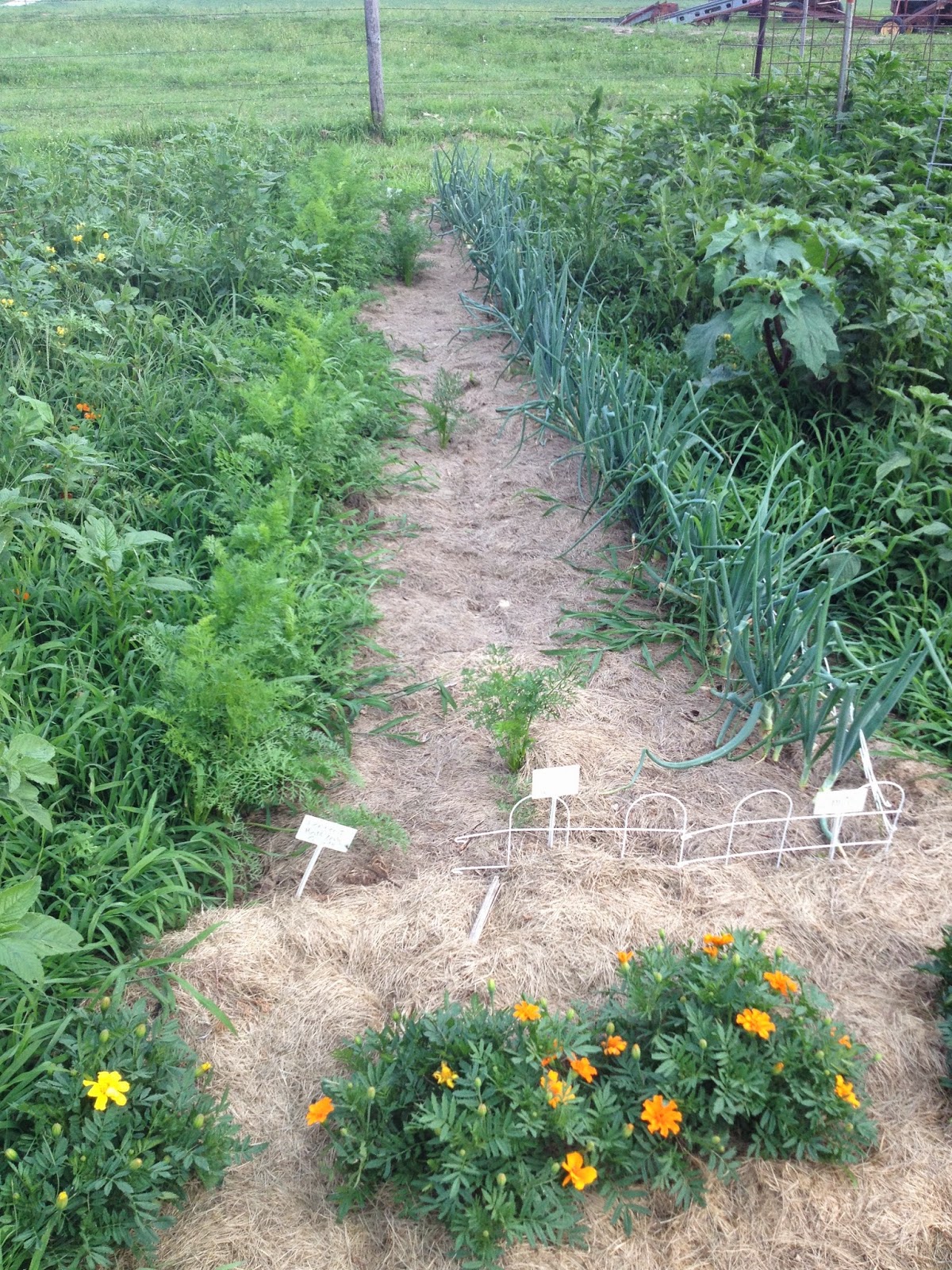 This area is what I was most excited about.  I was hoping for the pole beans to climb up and over the tunnels so the boys could run through them.  But none of the beans survived the hail.  So now it’s weeds. 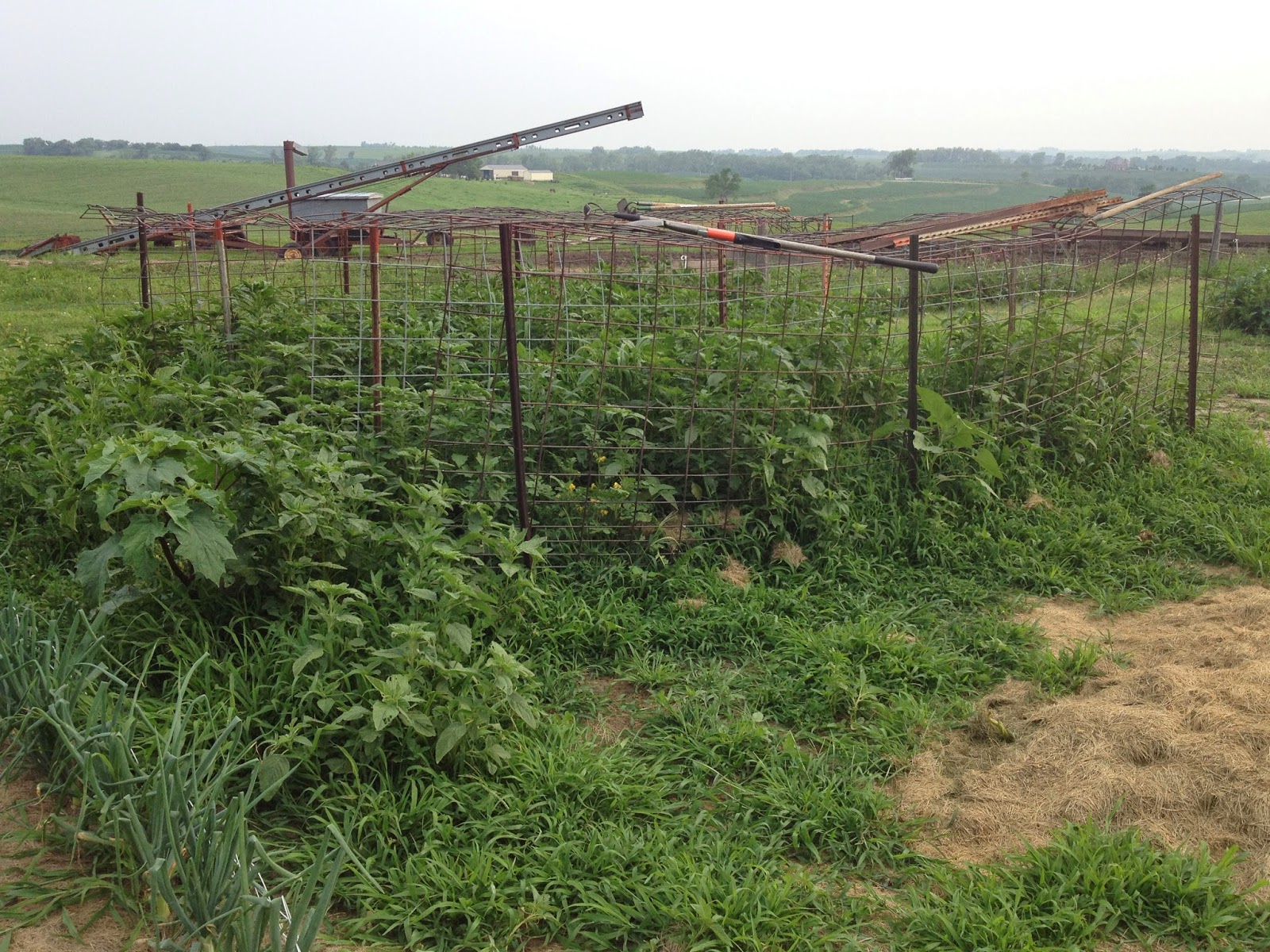 This is where the tomatoes and pepper plants used to be, but they too didn’t survive the hail, so I have been mowing this area. 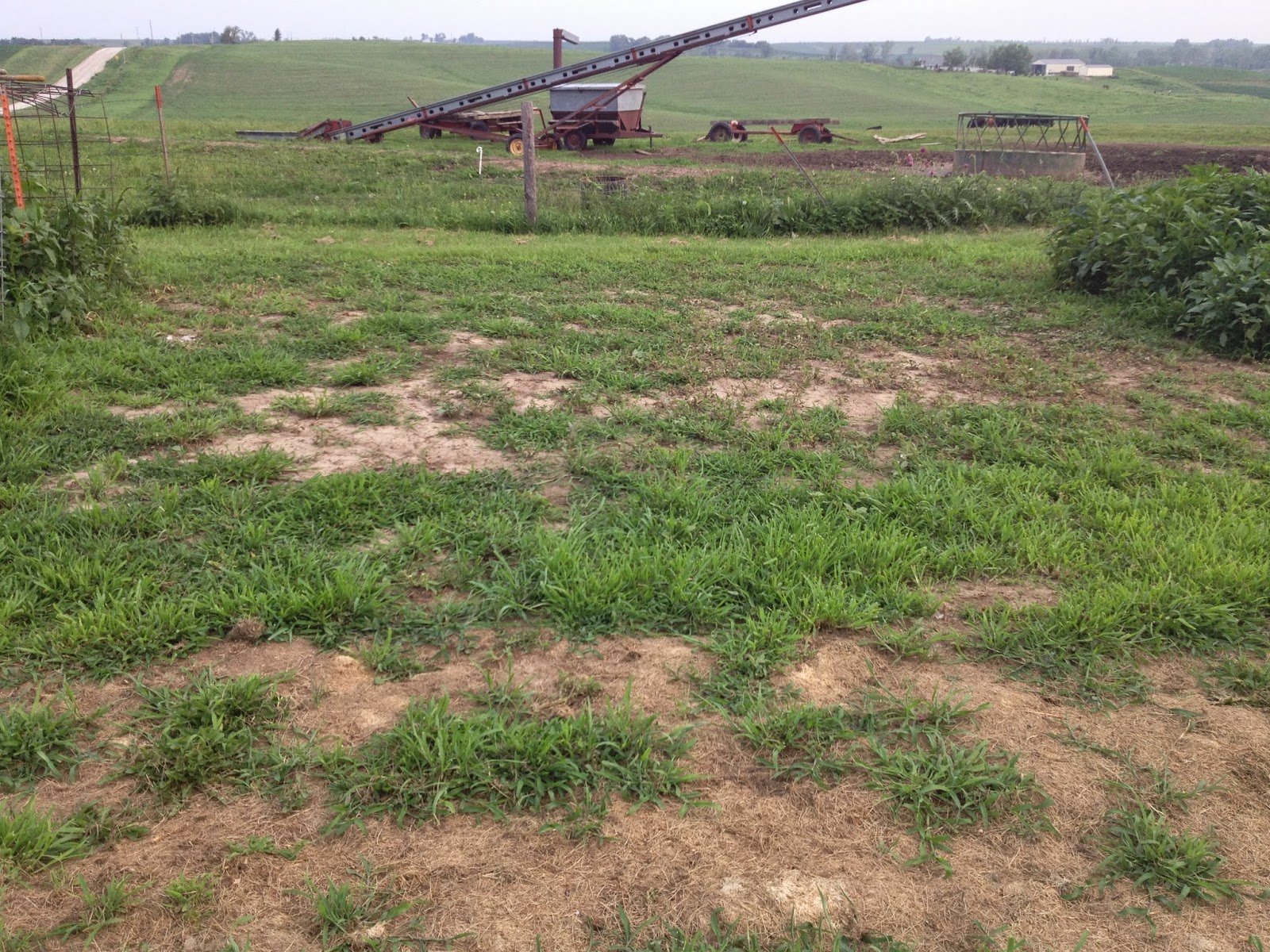 At the far end are the squash plants, sweet corn, and volunteer pumpkins. 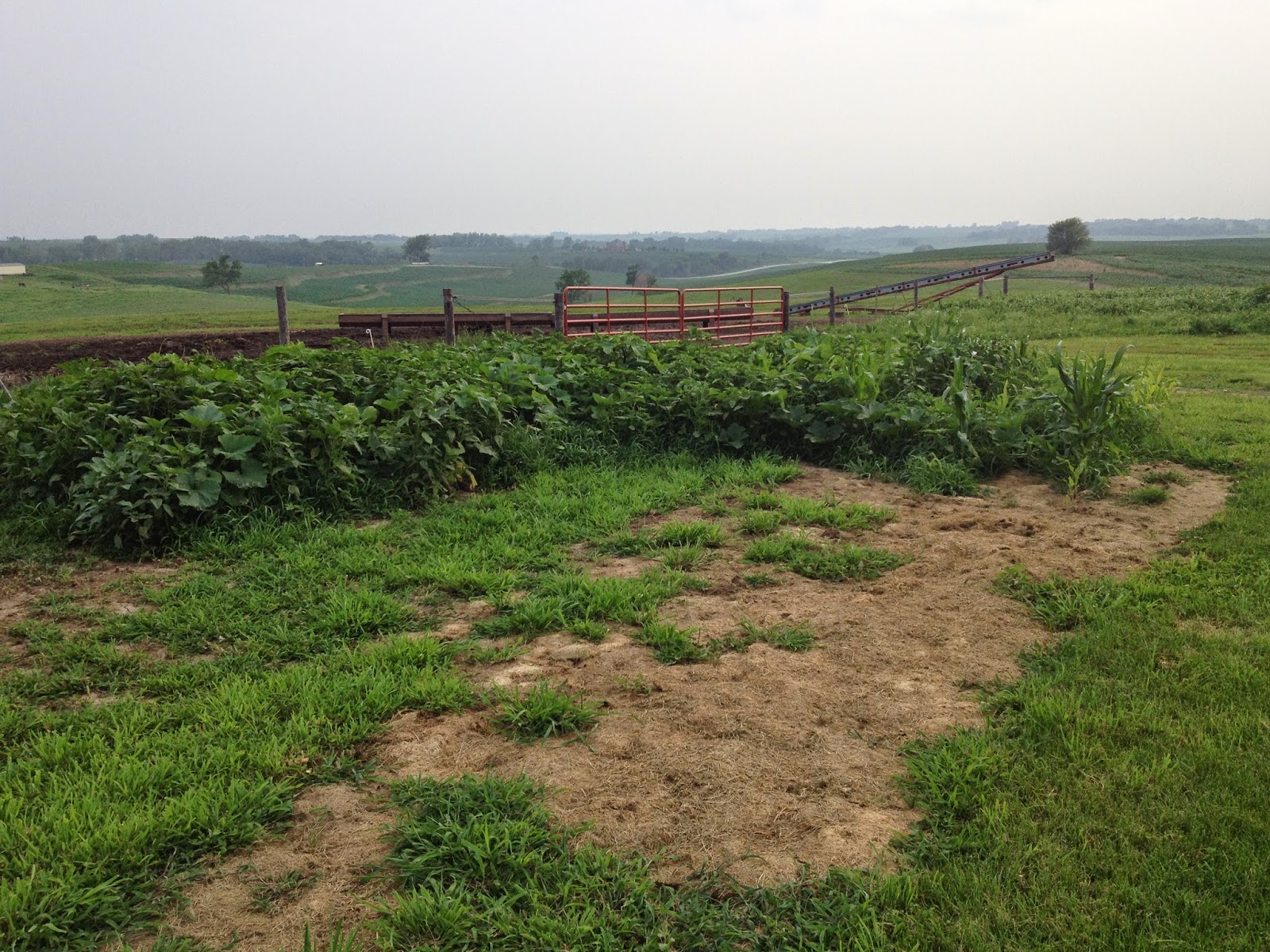 If you can find them in amongst the weeds you will see that they are growing pretty well.  I’m sure they would be doing even better if all the grass and weeds weren’t trying to choke them out.  I should probably tackle that area soon! 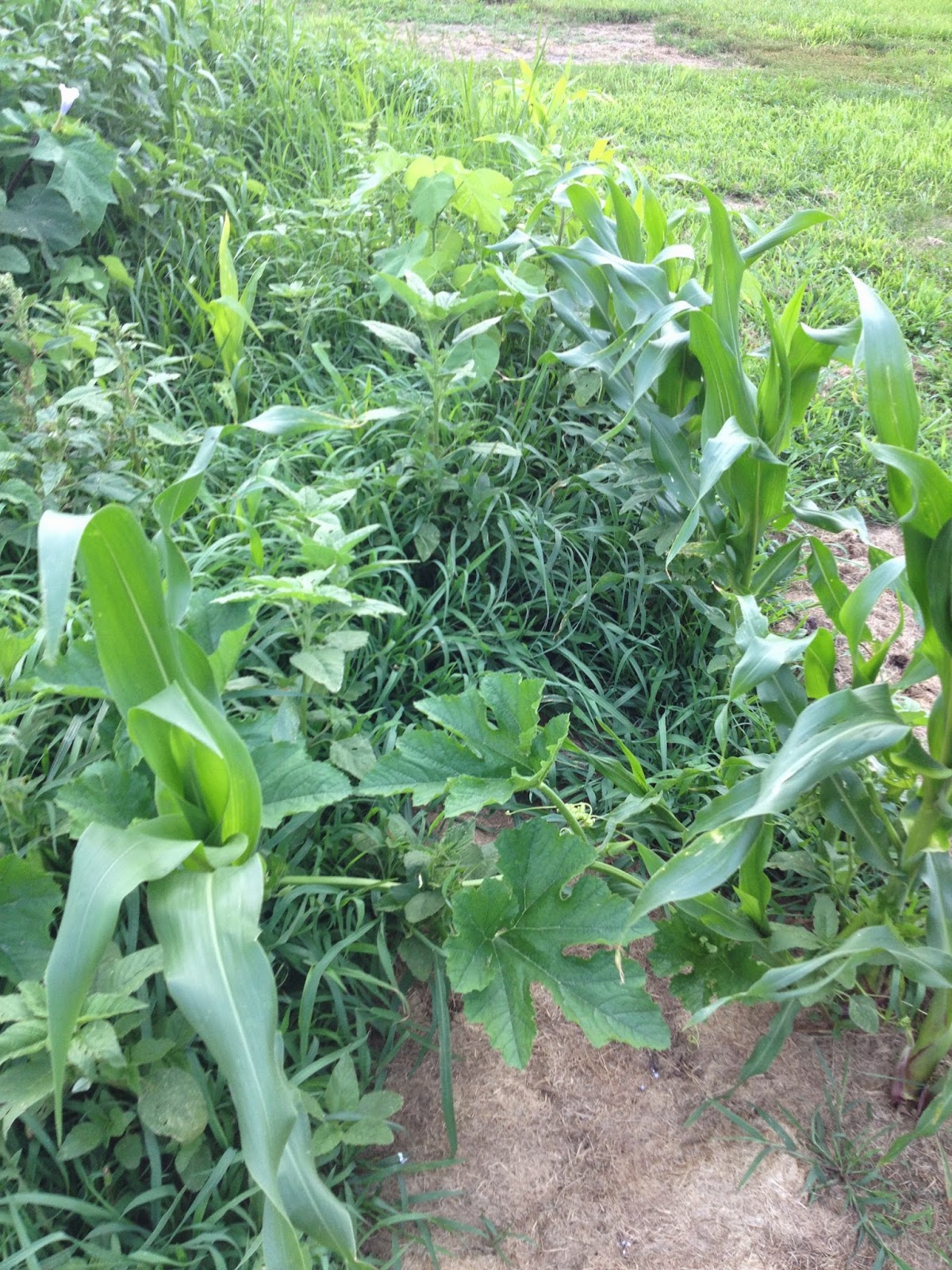 When looking at the squash plants, there are some yellow squash that are close to picking!  And there are a ton more blooms! 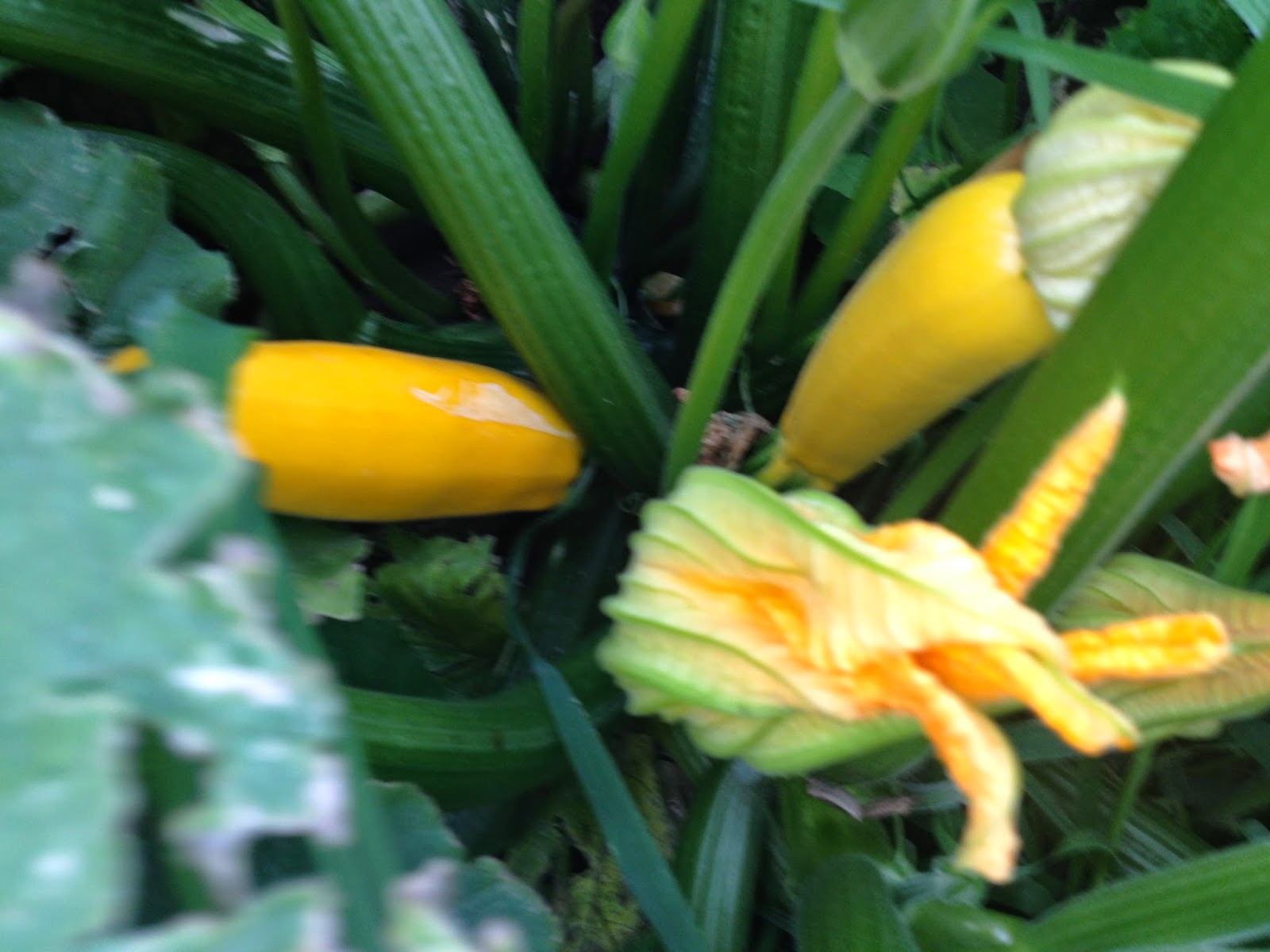 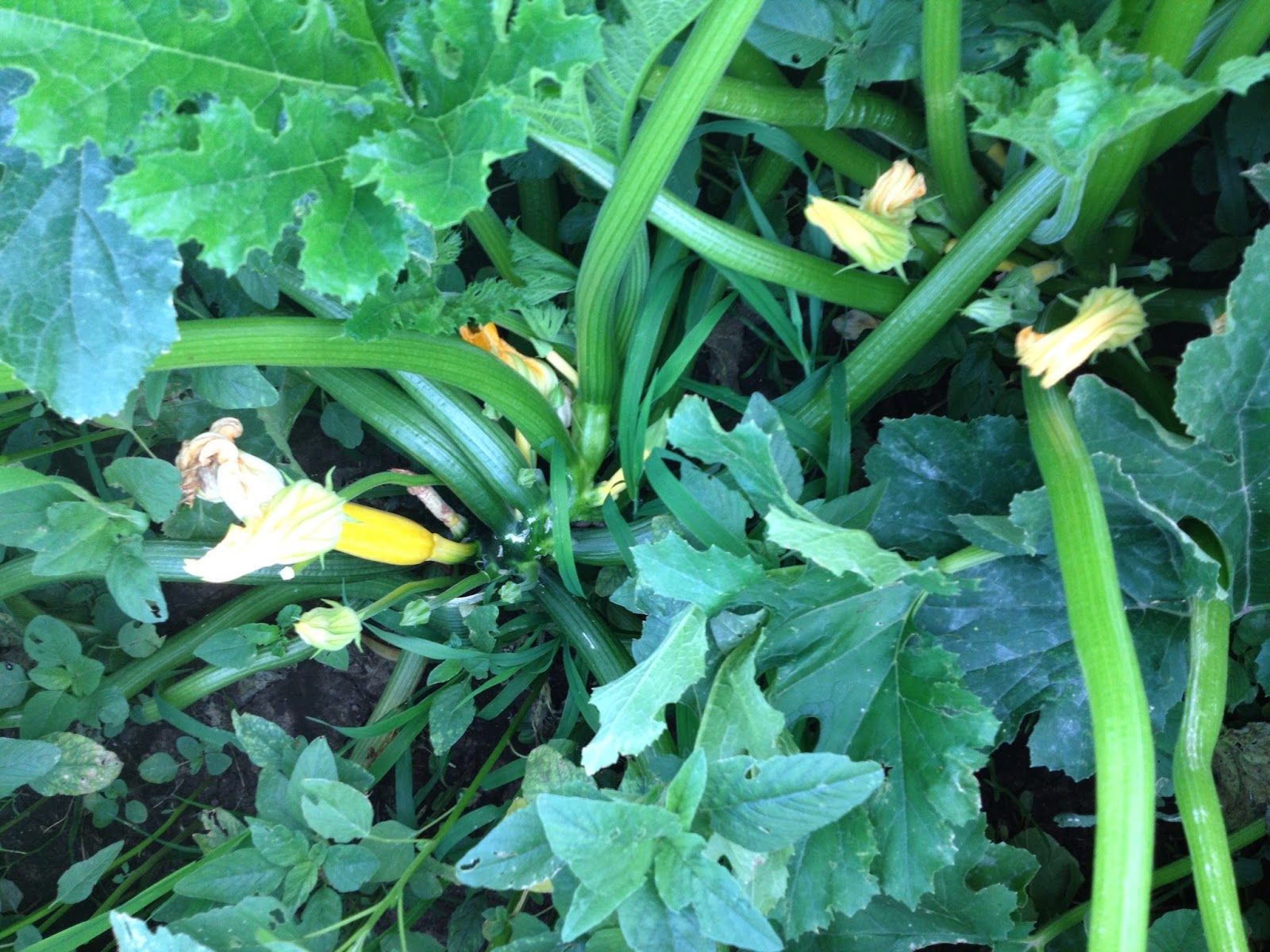 I almost lost Axten in the weeds!  Diesel was laying in there by the zucchini and Axten went in after him. 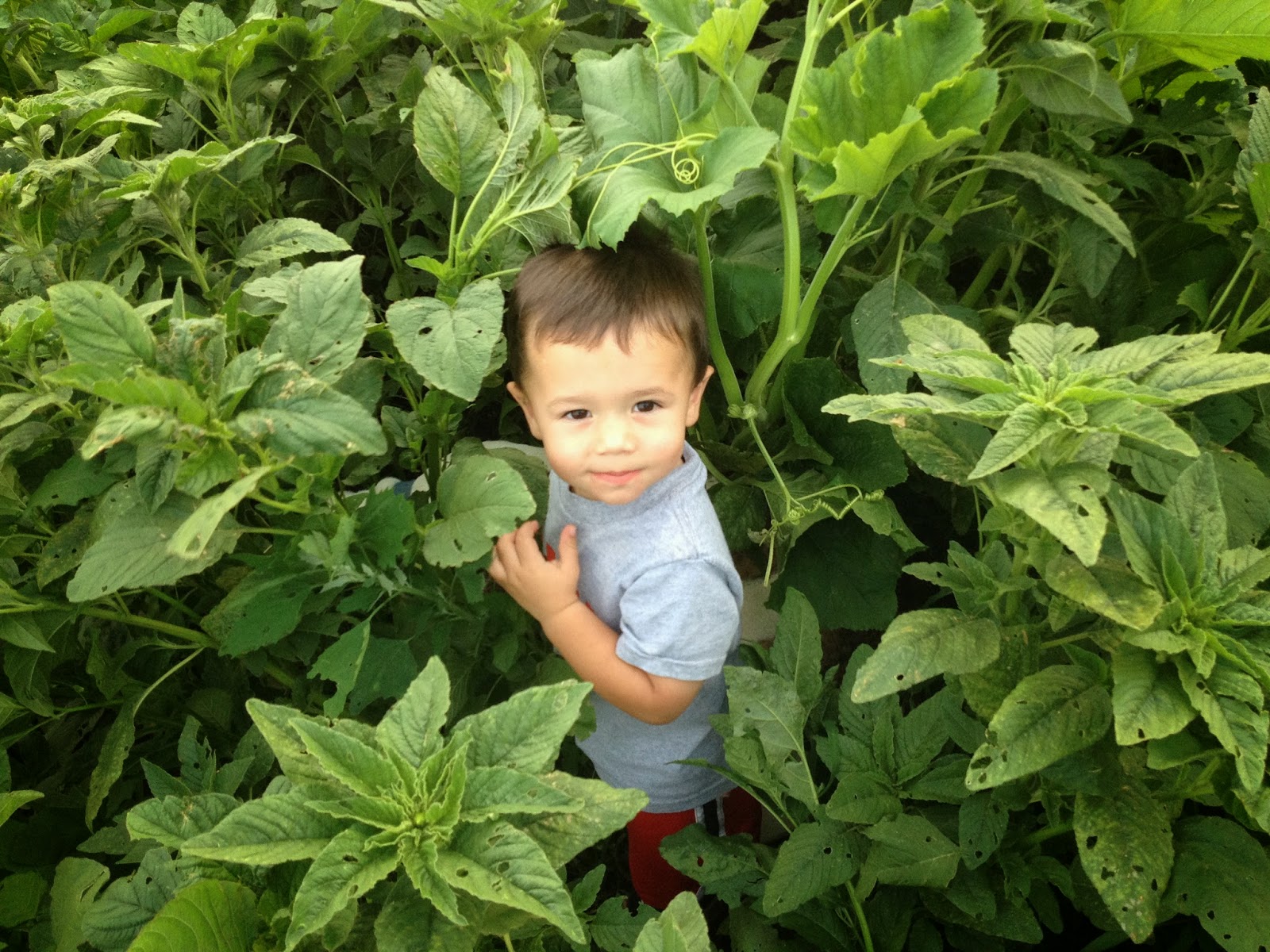 HD tried his hardest to tackle some of the weeds, but didn’t get very far.  I pulled some for awhile but you couldn’t even tell. 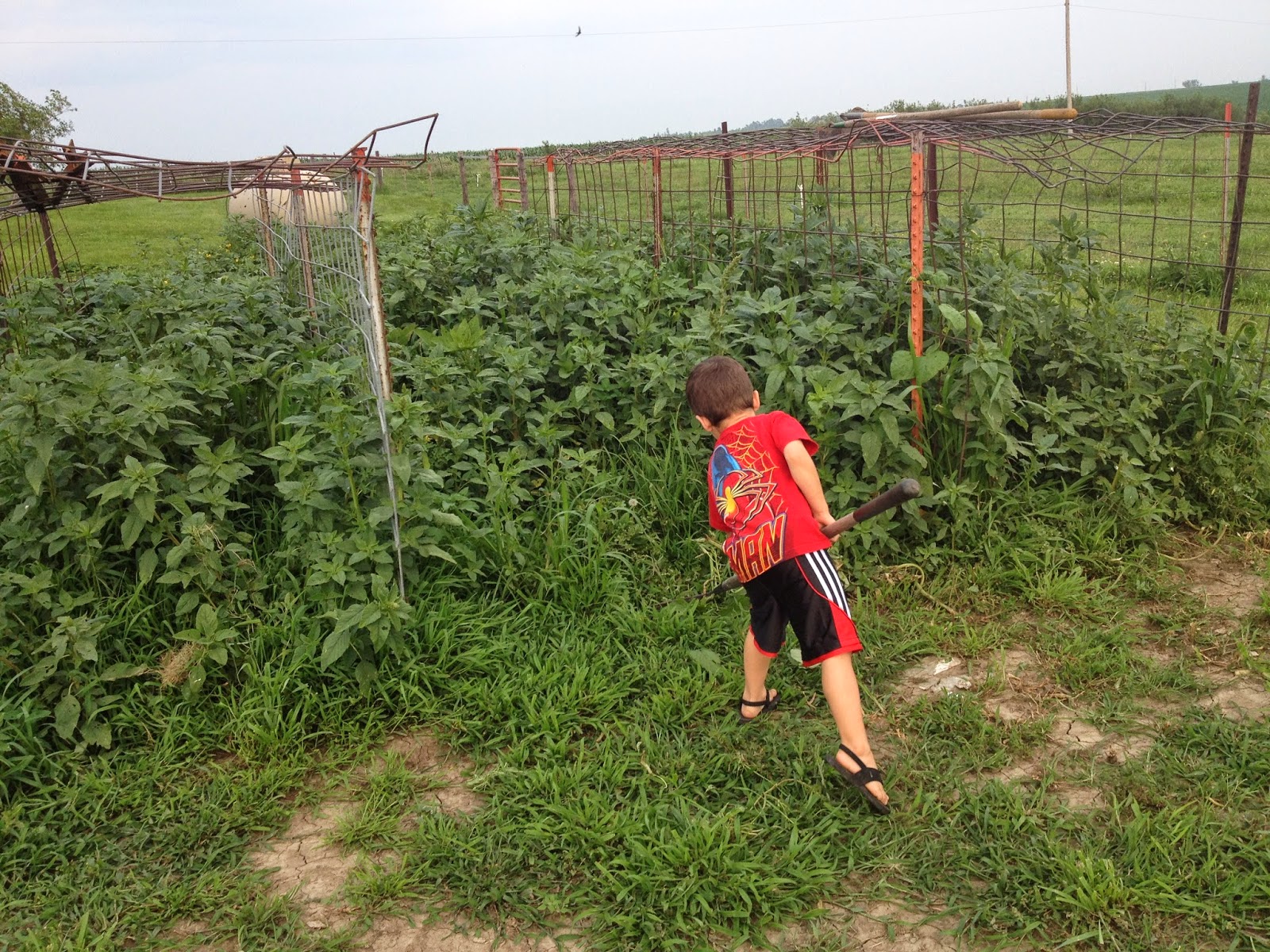 So I guess you could say that this year’s garden is a HUGE flop!  It didn’t start out well and it just continued to get worse!  I guess we’ll just have to spend less time in the garden this year and more time playing soccer.  Hudson is really getting the hang of it.  Diesel and Ax like to play too, but they need a little more practice! 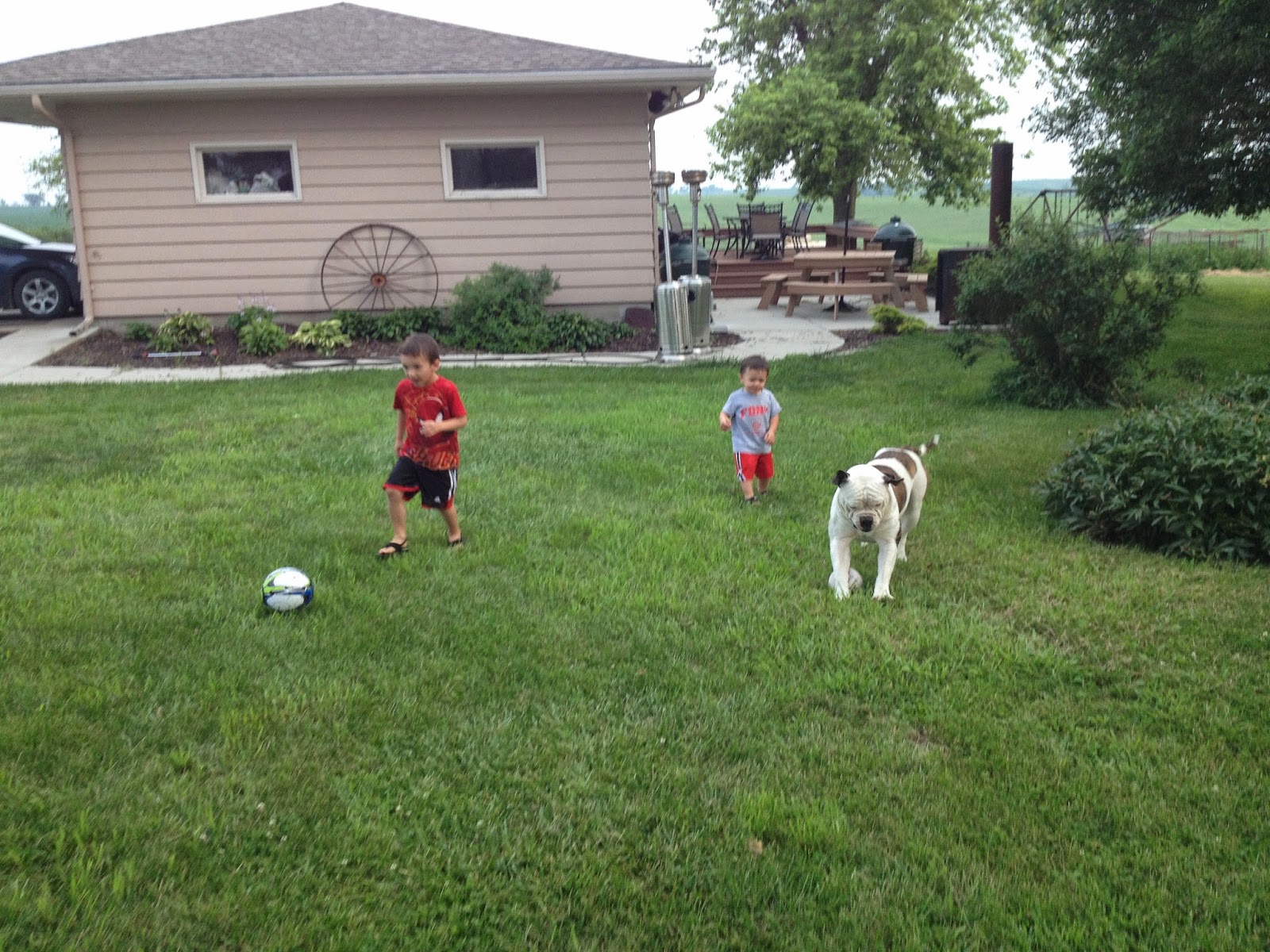 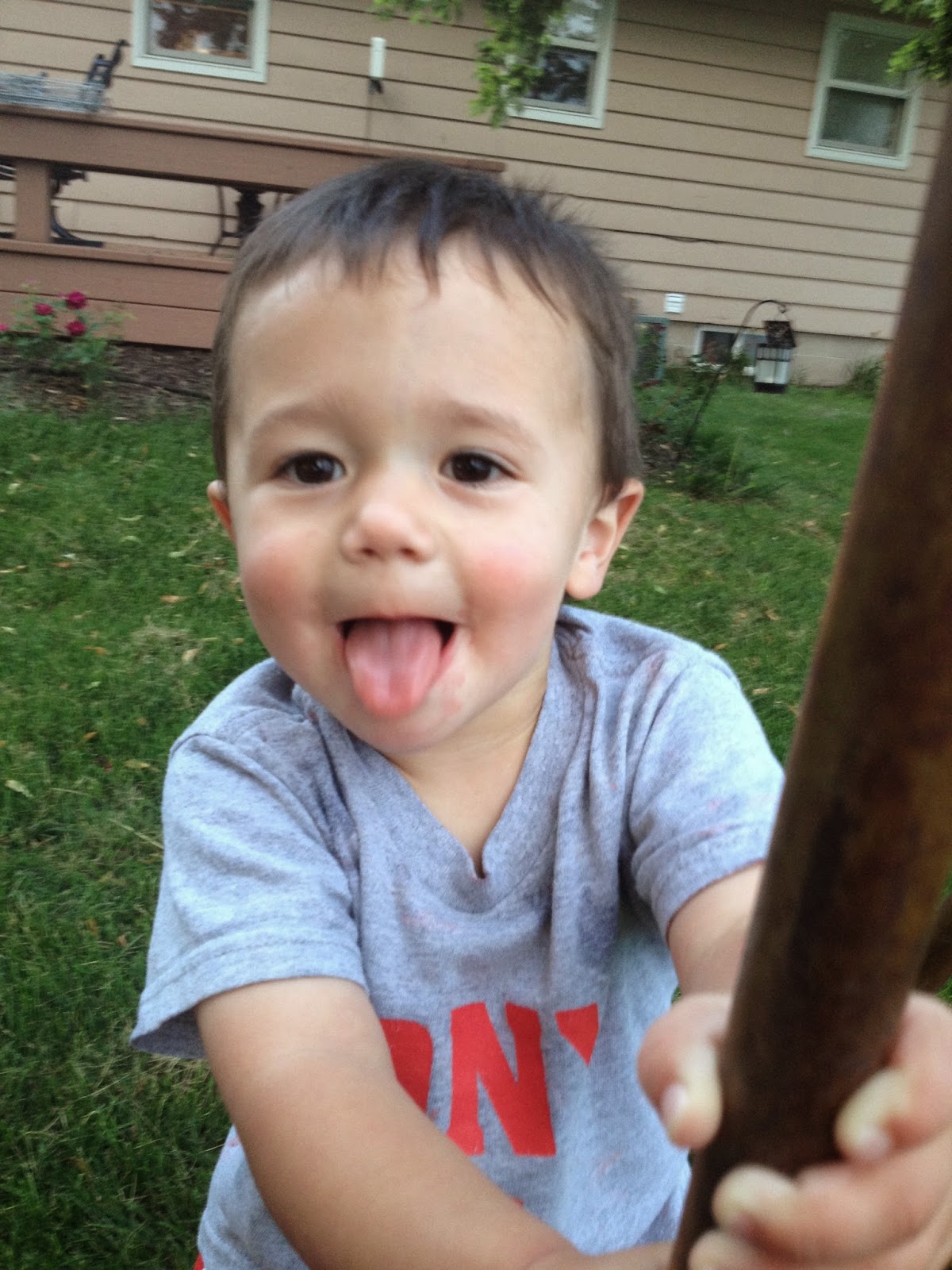 Even though my garden didn’t make it, my flowers around my house are loving all the moisture that we’ve been getting and were pretty protected from the storm damage. 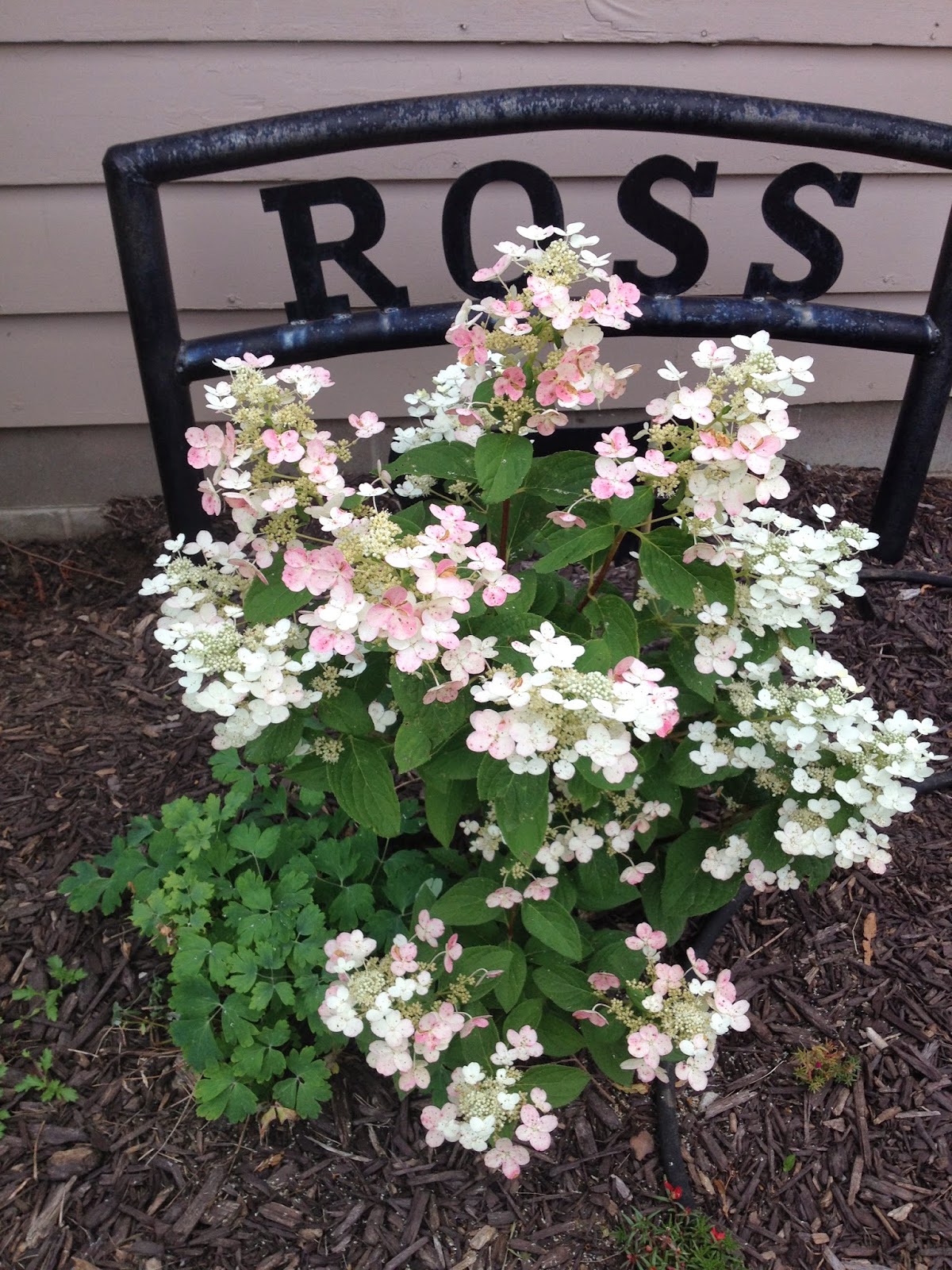 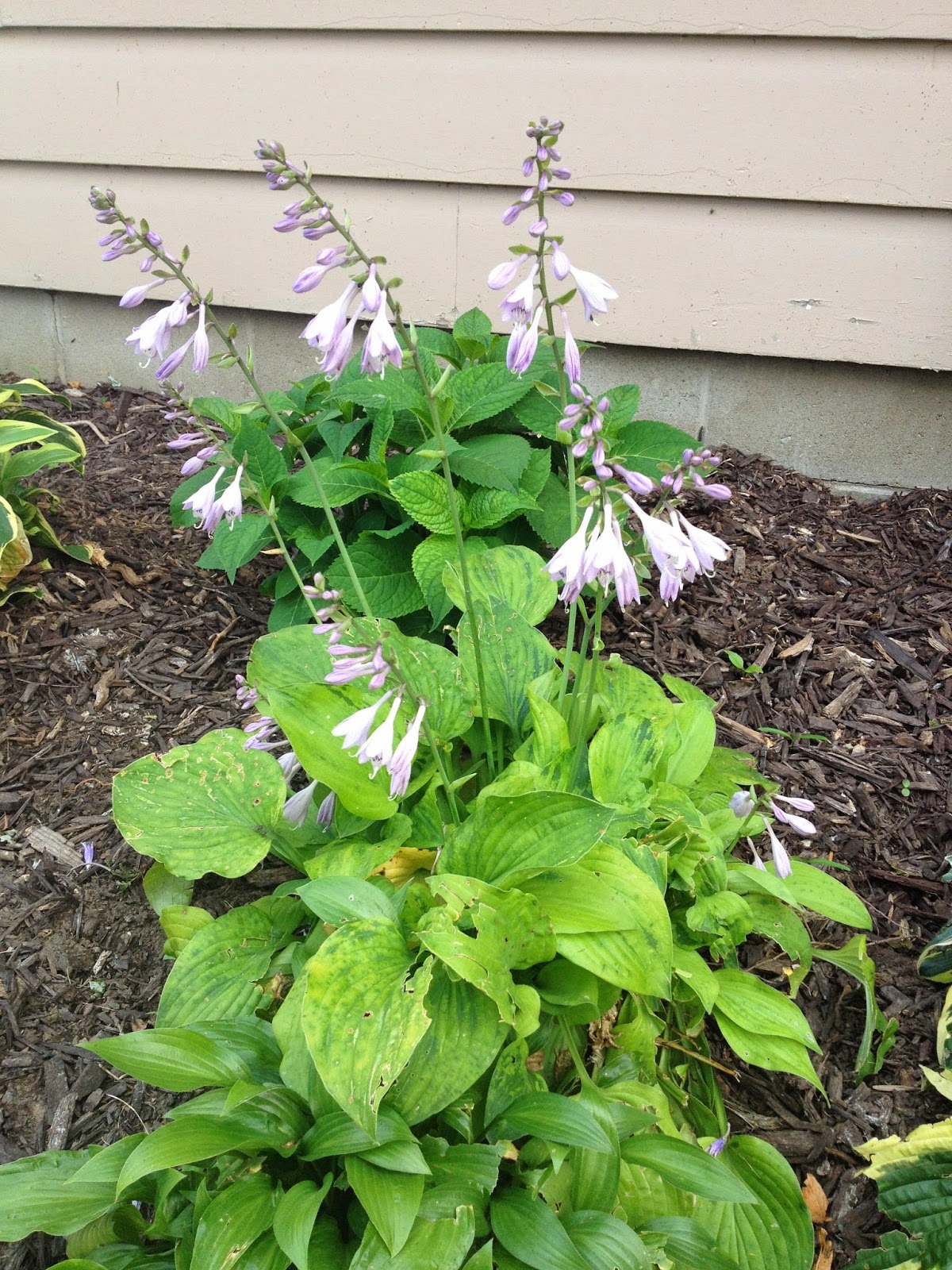 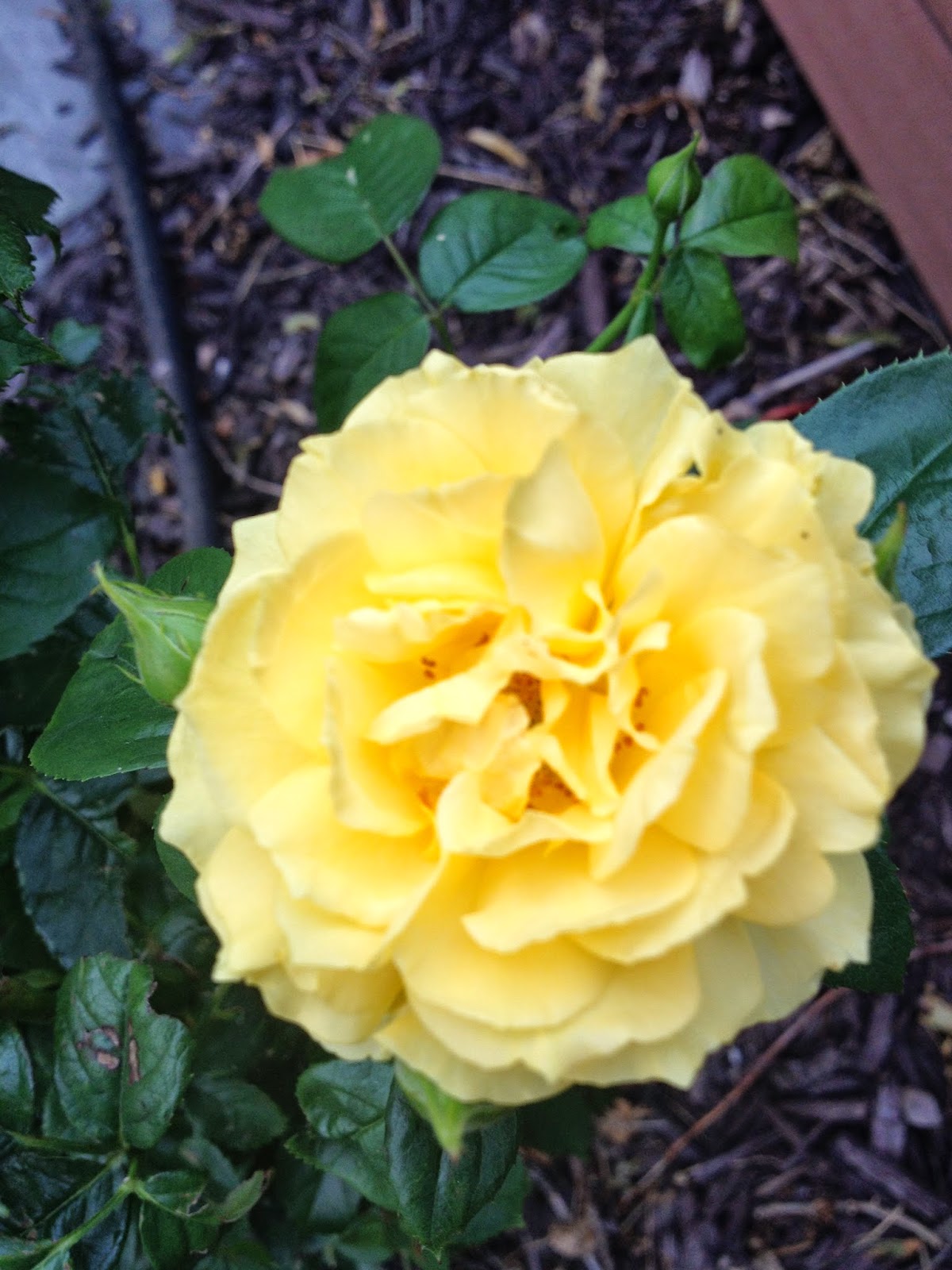 Do you have a garden this year? How is it doing?