﻿
Last Monday morning I woke up and saw this pretty view out my front window.  It was a great way to start a day.  A day I knew was coming for the last four and a half years, but a day that I couldn’t believe had arrived so fast.  ﻿ 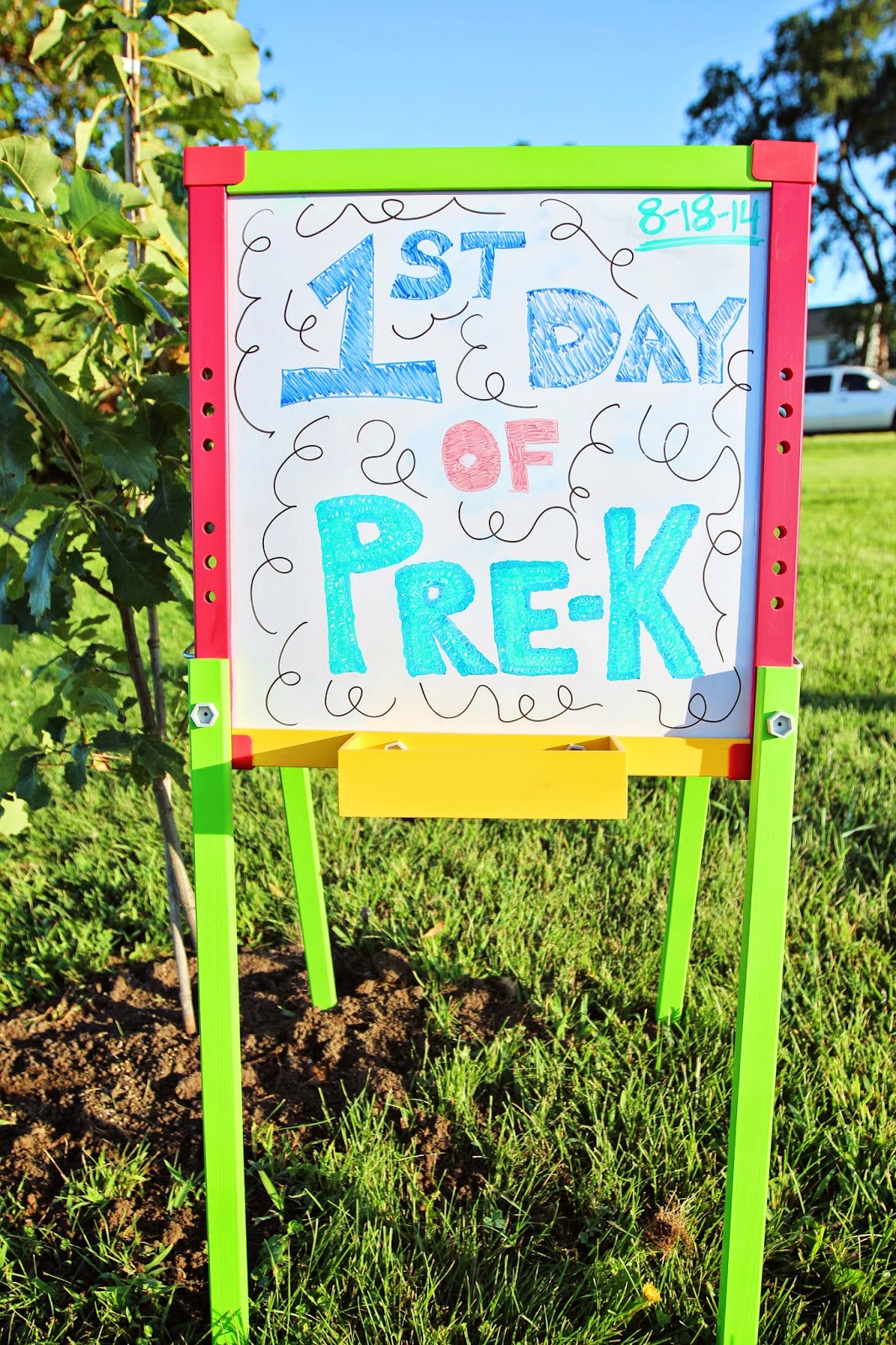 It was not hard to get him up that morning.  He hoped right out of bed and put on the clothes that he picked out the night before.  Of course the shirt had Teenage Mutant Ninja Turtles on it! 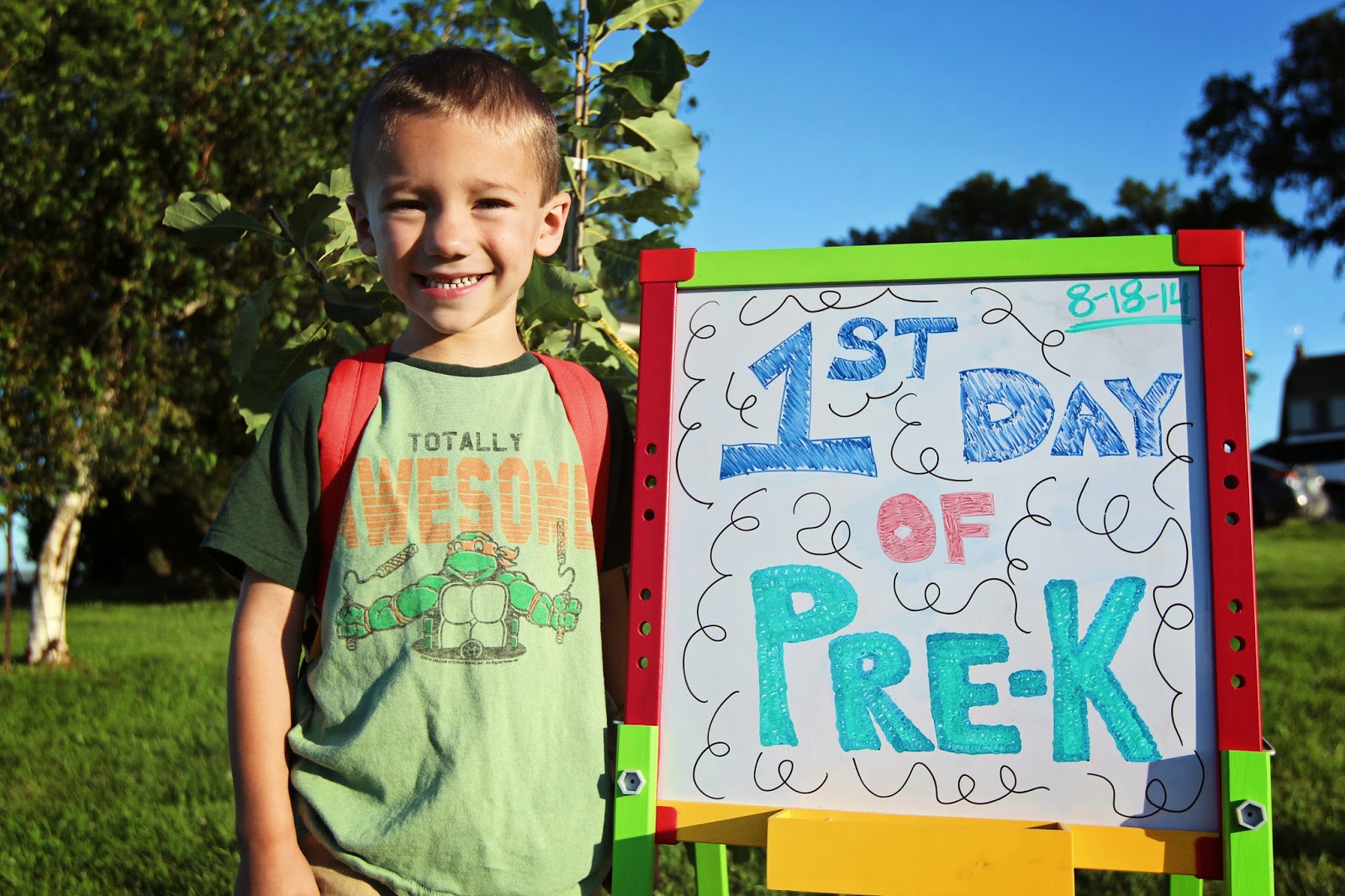 He was so happy and excited that he patiently stood by the sign in our front yard and waited for me to take a bunch of pictures.  That never happens! 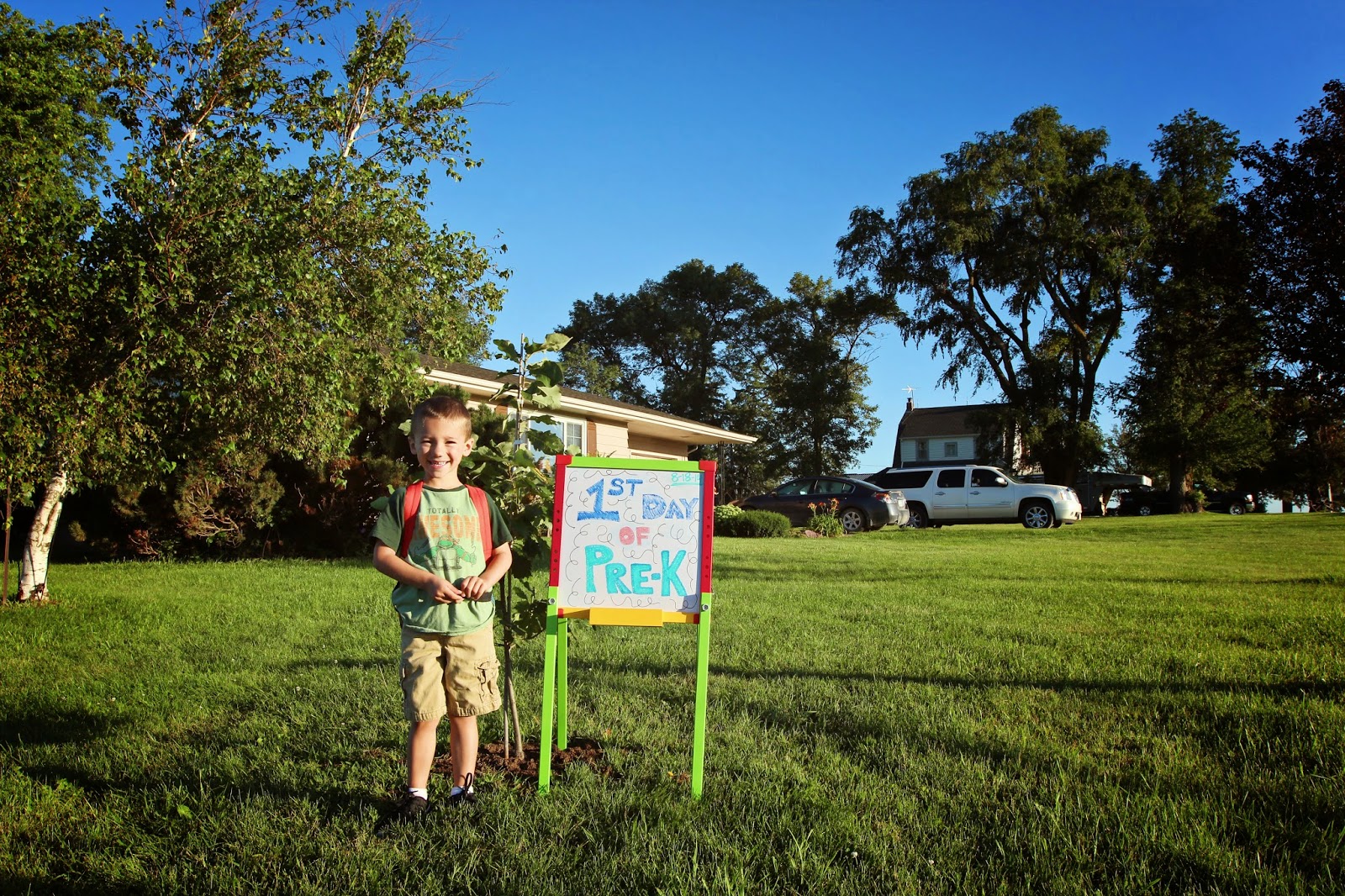 We had just planted that white swamp oak the week before with the Taiwan Ag group that came and visited our farm.  I thought since it was about the same size as Hudson that it would be fun to take his picture by it every year on the first day of school to see who grows faster (it’ll probably all depend on how often I remember to water the tree!). 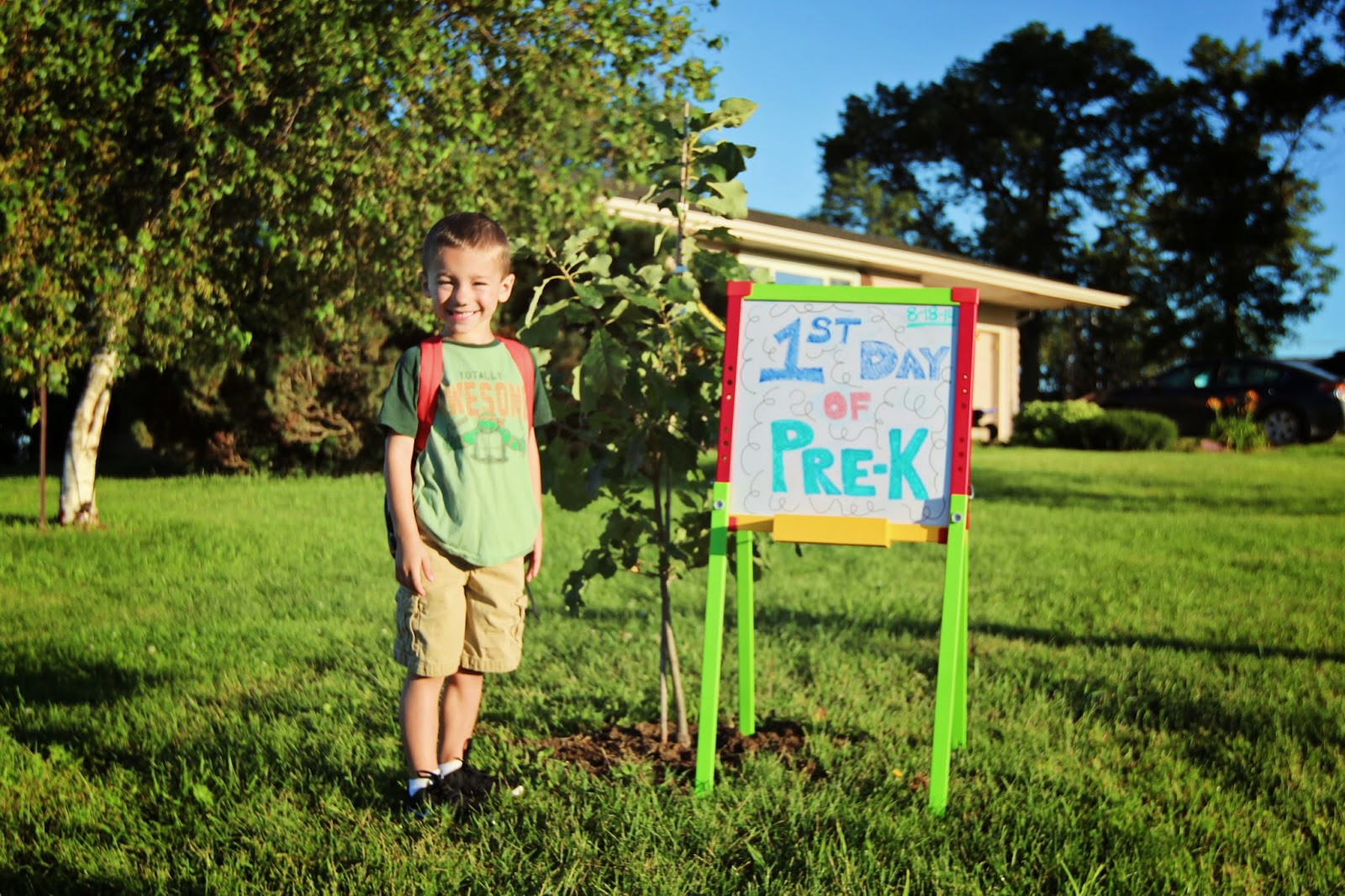 Right before we left that morning, we got Axten to stand still long enough to take a picture with his brother.  He definitely looks like he’s up to something in this picture doesn’t he?﻿

After we dropped Axten of at daycare, Hudson and I arrived at his new school.  I wasn’t sure what he would do when we got there.  Part of me knew how excited he was, but part of me knew that sometimes he plays the shy card around new people. 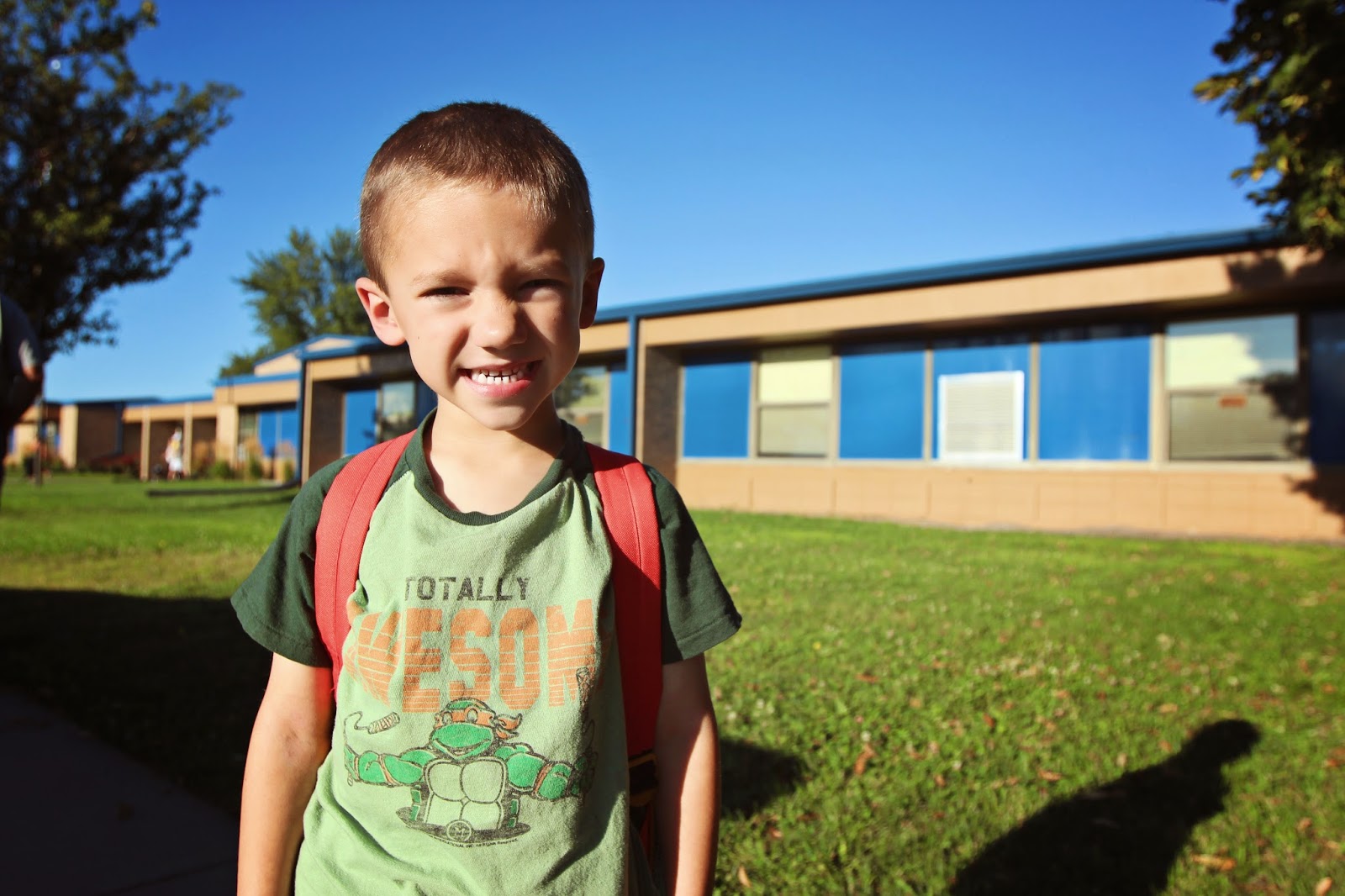 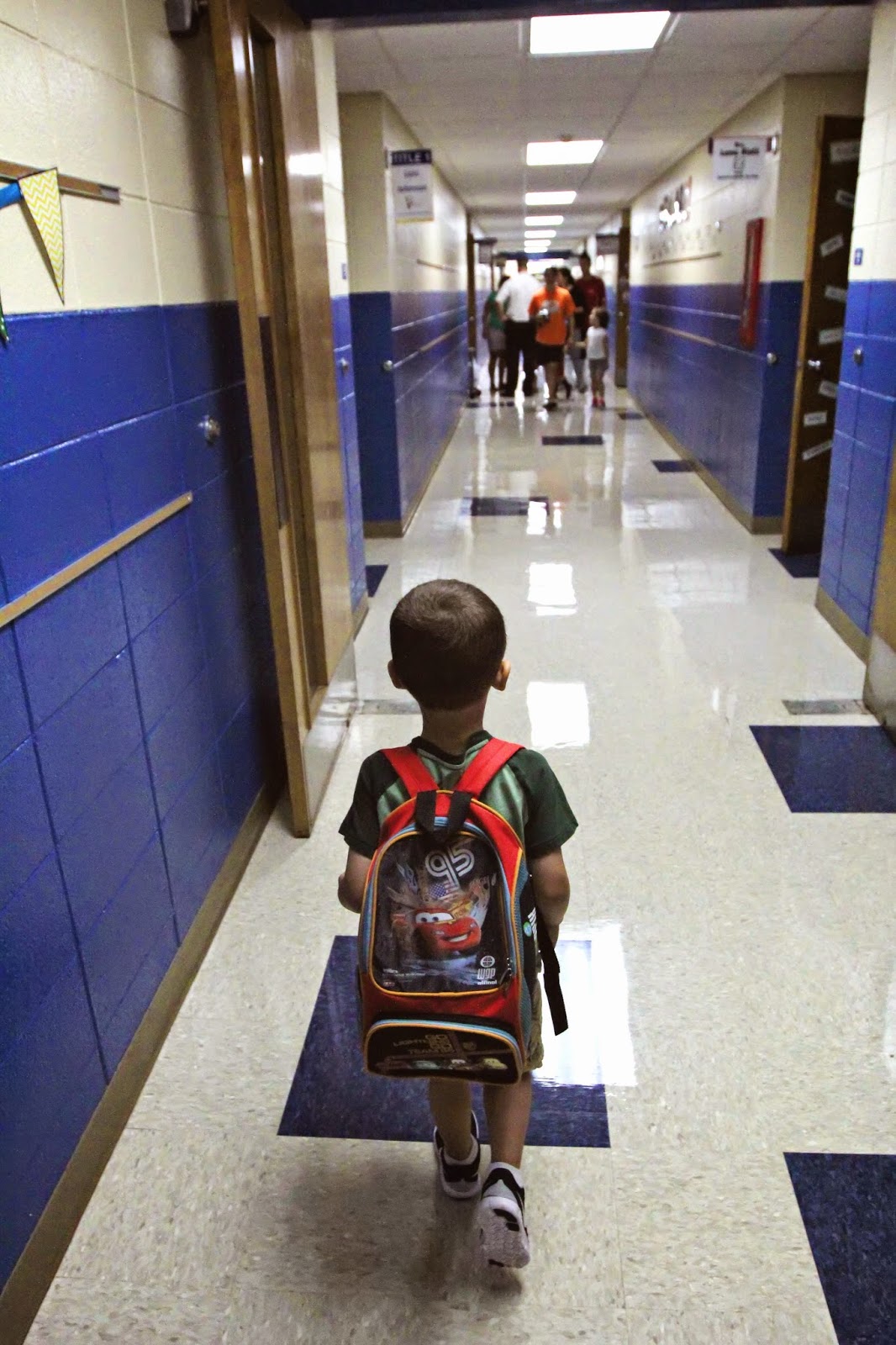 Since it was the first day, I came into his classroom with him and got to see his seat and his locker. 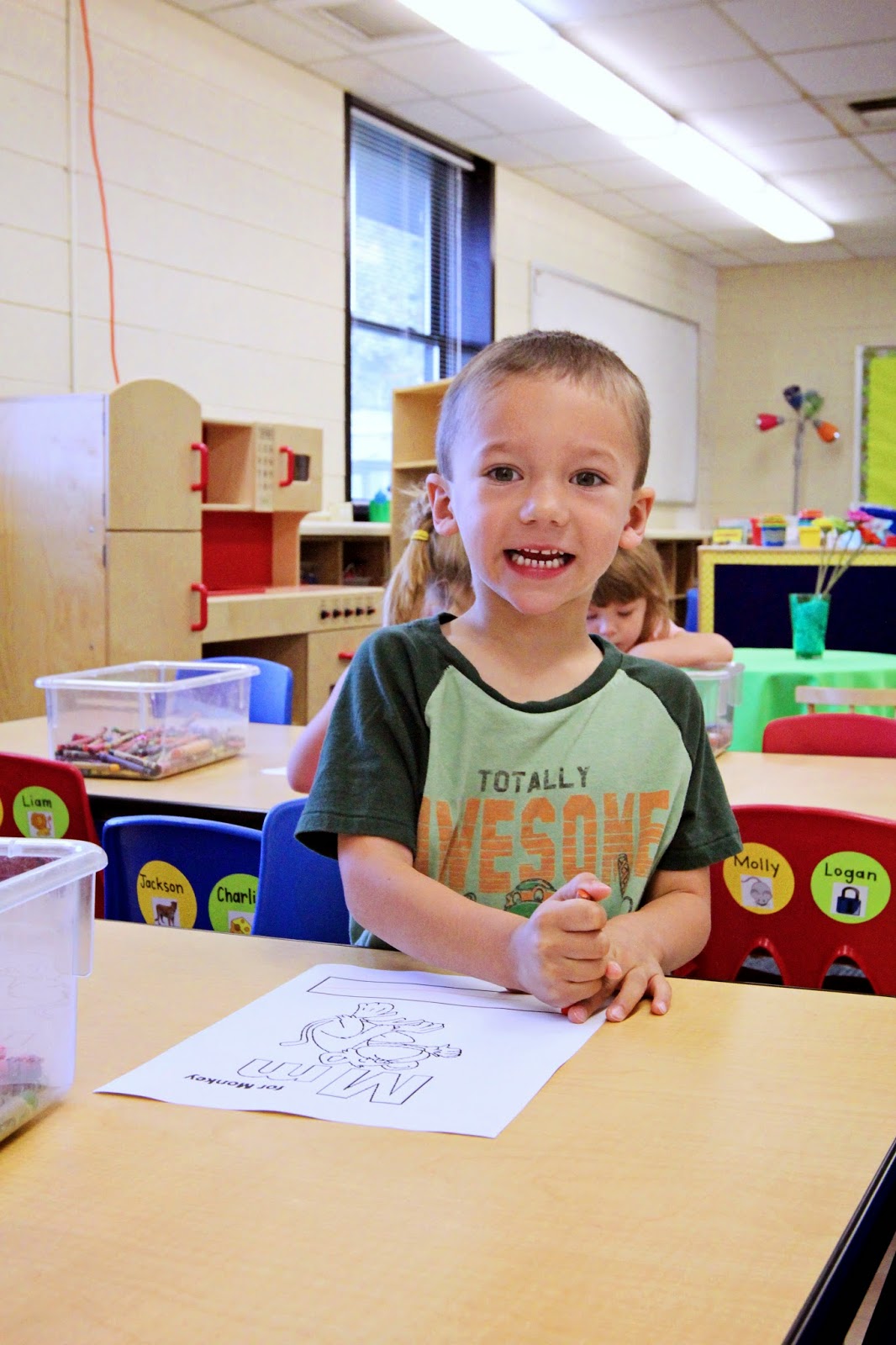 He seemed right at home there.  We had already had the opportunity to meet his teacher two times before school actually started, so he was ready for this.  So I said my goodbyes and headed to work…with no tears shed by anyone other than Axten.  He was NOT happy that we left his at daycare without his big brother.  He cried for about five minutes and then was fine I was told.

So this whole school thing snuck up on me I feel like, but it makes me so happy to see how excited he is about school and making new friends!  When I picked him up at the end of the day he told me all about it!  The first thing he said was, “I had no time outs!”  Haha!  That’s good!
He told me what he had for his snacks and for lunch, and that he had some new friends in his class.  The pre-school class is so big that they have three classes this year.  He didn’t know anyone in his class going into that day, but he now said that Charlie and Owen are his friends during school, and that Martin and Quentin are his friends in the afternoon.  (Pre-school in only in the morning for him but he stays for the afternoon extended care program, so he’s basically going to school all day long already!)  When I asked if any of his new friends were girls, he said, “I just can’t figure them out!”  I told him not to worry, that most guys feel the same way!
One last thing that we did to mark the start of his first year of school was to try out a new app that I recently downloaded to my iPhone.  It’s called OneDay and is currently free for iOS users.

What you do is select a topic from the app and it walks you through questions to ask.  These questions tend to lean towards children, but you could also capture your friends and families answers too!  Once you decide on a topic, you will record the candid answers and then at the end OneDay creates a video for you.  This did not take long to do as long as your subject cooperates!  For this video, I choose the Back to School questions.  Hudson loved watching the video afterwards, so I’m sure we will be making many more to share with you!  Stay tuned!﻿

Disclaimer: I was asked to review the OneDay app, but all opinions and comments are 100%  my own.