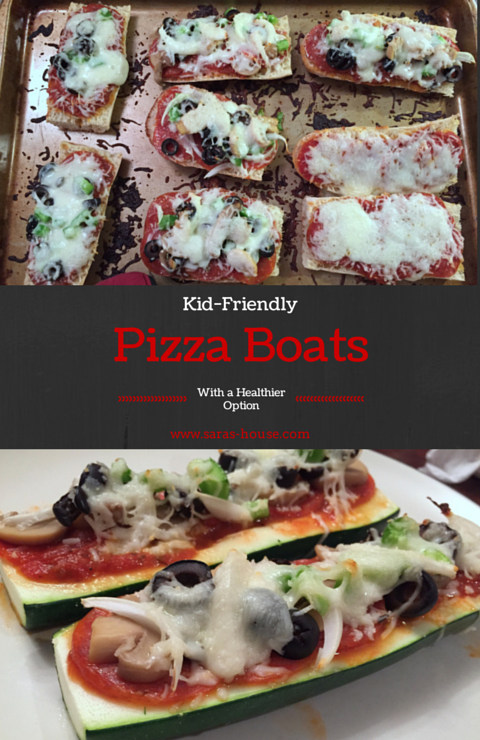 Today is the last day of October (already!), and October just happened to be National Pizza Month.  Well, my boys all love pizza so it’s an easy to go meal when we are in a hurry.  The other day I decided to make pizza boats instead of the normal pizza with a crust.  I figure this would be something fun for Hudson to help me with.  We took Axten’s and Kevin’s orders (he was harvesting and grabbed a few pieces between loads of corn) and got to work.

First, preheat the oven to 350 degrees. 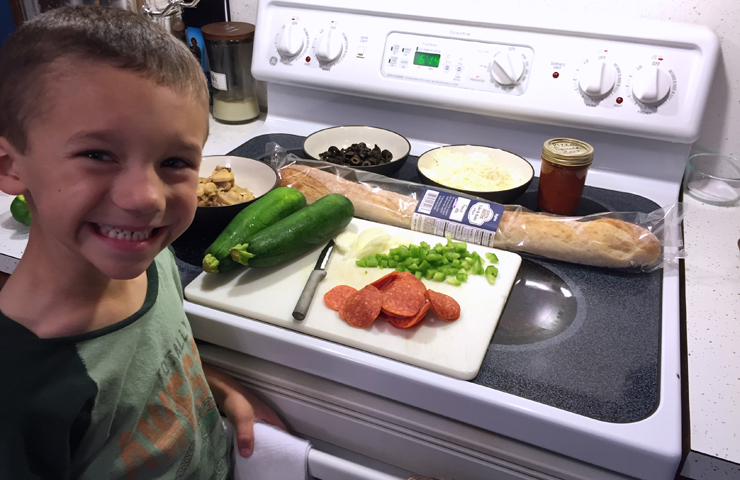 We used a French bread loaf to make the boat part and then got our favorite ingredients ready.  They included pepperoni, green peppers, onions, black olives, mushrooms, pizza sauce, and Mozzerella cheeze.  (The zucchini is for later.) 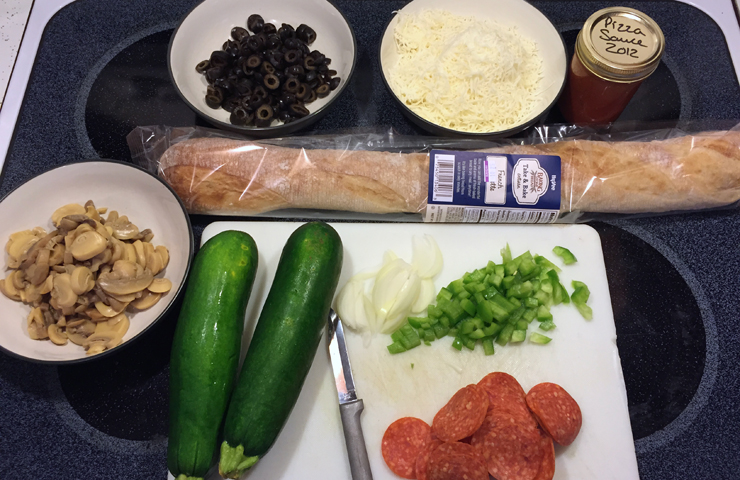 I sliced the loaf of bread in half and then each half into four pieces.  So we got eight boats out of the one loaf.  Place them face up on a baking sheet (Please disregard how worn mine are!  I’m hoping for some new ones for Christmas!). 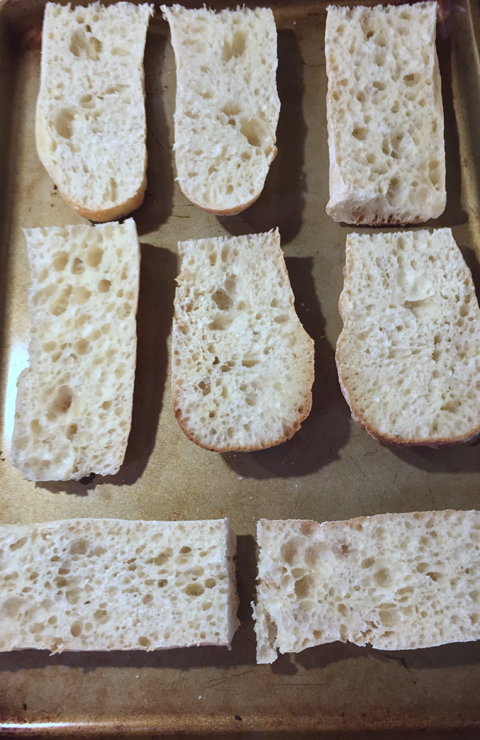 I spread the pizza sauce on each boat and then Hudson got to work making everyone’s pizza boats. 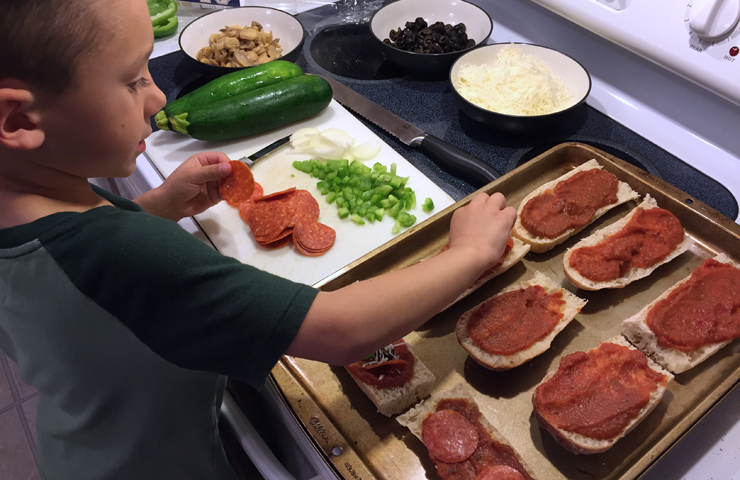 He knew Ax only wanted pepperoni and cheese and daddy wanted everything!  He had so much fun! 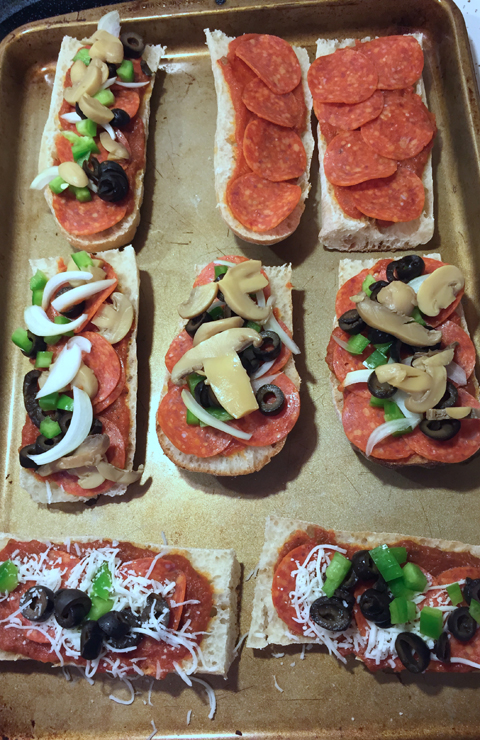 Then I topped them all with cheese and popped them in the oven to bake for about 12-15 minutes or so.  Basically you want the cheese to get all melty and the veggies to be cooked completely. 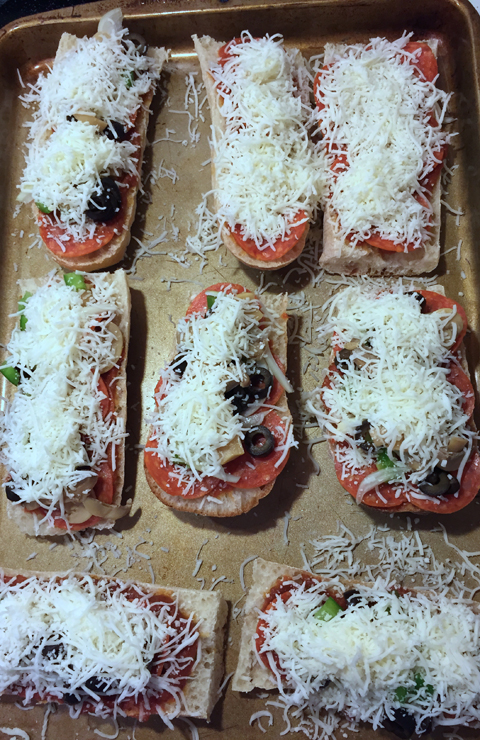 When they were done they dug in! 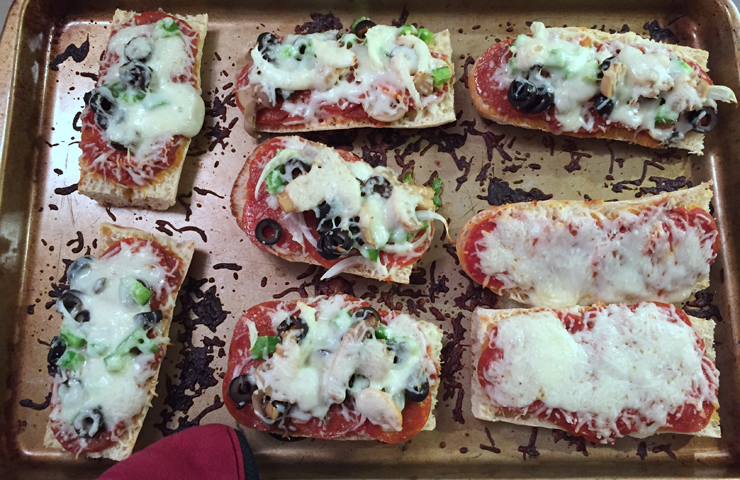 Meanwhile, while the french bread pizza boats were cooking, I got started on my “healthier” version of pizza boats.  I don’t usually make two separate things for supper, but this was something easy to make for me with the exact same ingredients other than the bread.  I just substituted the zucchini for the French bread and saved a few calories!

First, I sliced the ends of the zucchini off and then sliced them in half.  Then on the side that would be laying down on the pan I sliced a thin strip off so it would lay flat on the pan and not wobble around. 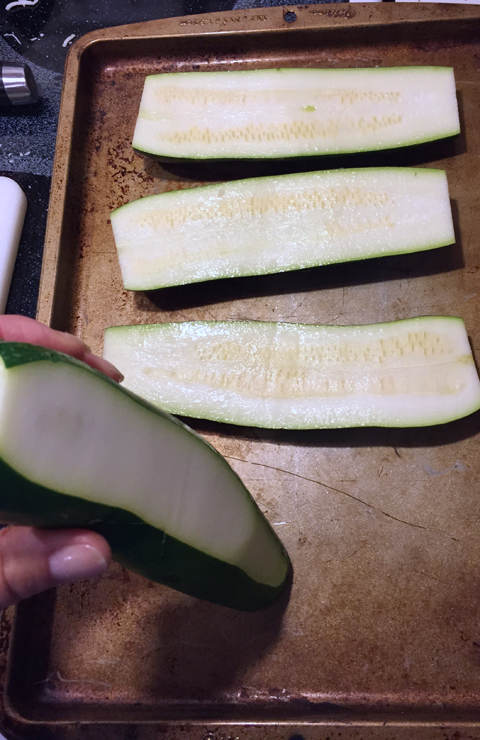 Next I took a spoon and scooped out most of the seeds just so I would have a little room to put some pizza filling.  You don’t have to do this but I thought it helped hold the toppings a little better.

Top with your favorite pizza toppings and then bake in the 350 degree oven for around 15 minutes.  The zucchini with still be a little firm, but I didn’t want mushy zucchini for my pizza boat! 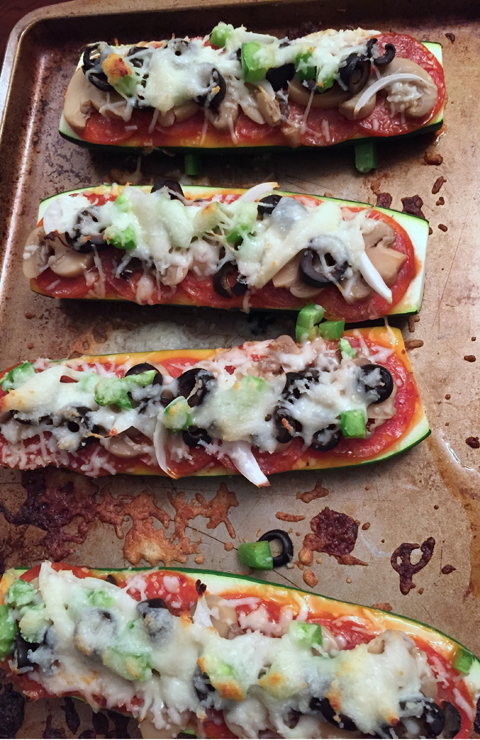 On an app on my phone I figured out that two zucchini boats, 5 pepperoni on each one, olives, mushrooms, pizza sauce, onions, green peppers, and some cheese was about 321 calories total.  And I was full after eating both of them! 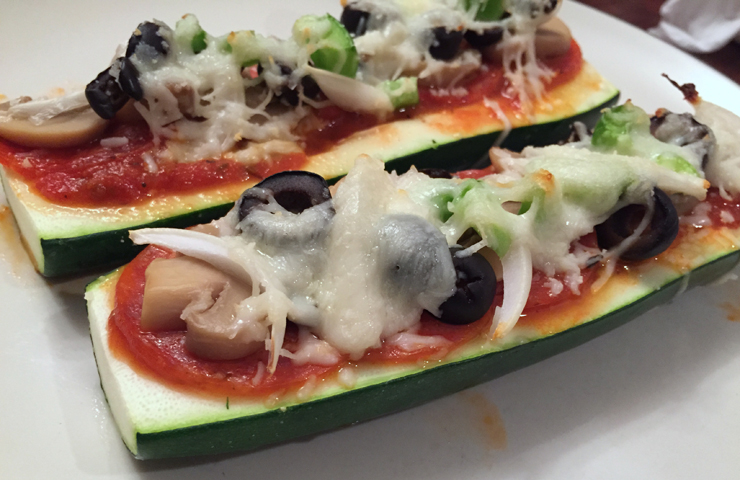 So whether you use French bread or zucchini to make your pizza boats, you’ll have an easy, kid-friendly meal that is very quick to make!  Perfect for a weeknight meal!  Enjoy!