I’m been home for a month today from an amazing trip to the other side of the world.  I couldn’t wait to share with you about my experiences over in China.  I’ve included a few so far during my 31 Days of Travel Secrets blogging challenge that I’m partaking in this month, but between all those posts, family, work, and everything else I just have not had a chance to really sit down and put my thoughts on paper about this trip.  But now I’m ready to share!  I’ll actually be breaking it up into several posts, so stay tuned!

China and the United States are very important to each other when it comes to agriculture commodities, food security, and being able to feed a growing population.  Kevin and I have both had the privilege of traveling to China on different mission trips over the past few months in addition to hosting a Chinese media group for dinner on our family farm in southwest Iowa in August.  For my first post about my recent trip to China I’ll be sharing why I was over there.  Here’s my story: 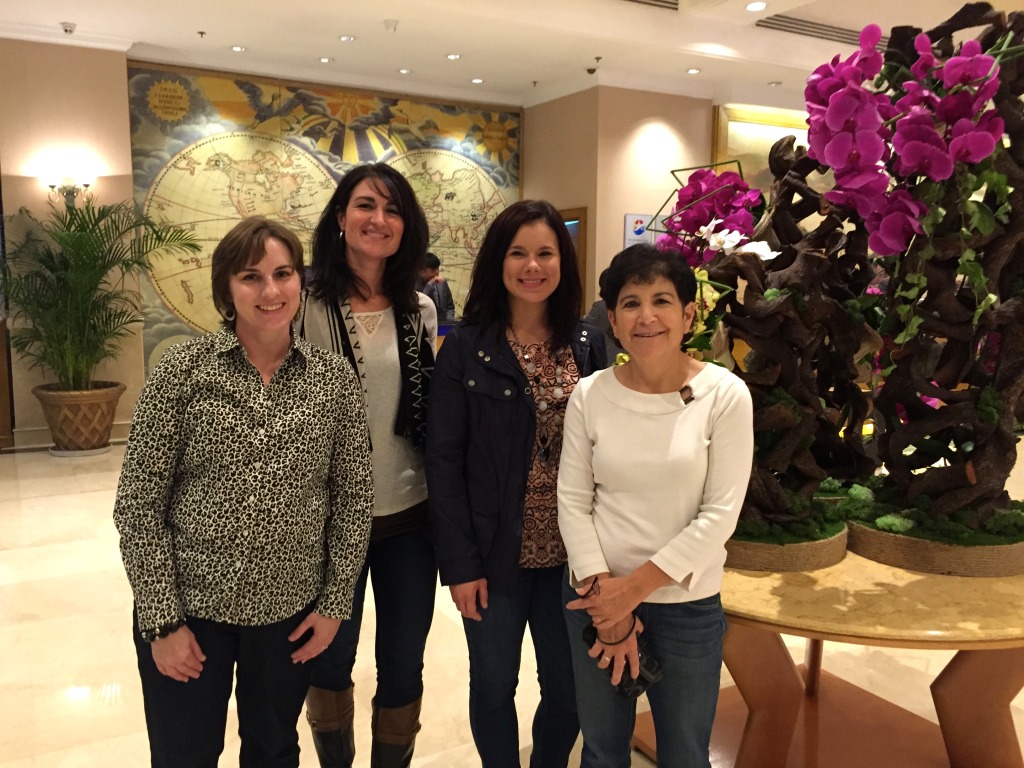 MOM’S ADVOCATING FOR GMOs IN CHINA
In September I was off on my journey halfway around the world.  The “Mom’s Advocating for GMOs in China” trip was sponsored by the United States Soybean Export Council (USSEC) and with me were three fabulous women farmers and moms from the U.S.:  Kristin from Ohio, Nancy from Wisconsin, and LaVell from Kansas.  Linda was our coordinator and Jane was our moderator/interpreter and sometimes travel guide.  We also had a lot of help from Xing and Marina from Weber Shandwick over in China.  We couldn’t have pulled off the meetings without the help and support of these ladies!

Our main goals for this trip were to talk to professional women and working mothers about our family farms, GMOs (Genetically Modified Organisms), and soybeans.  One third of all U.S. soybeans are exported to China.  One out of every three rows of our soybean fields travels across the ocean to a country that has 1.361 billion consumers, of which 53.7% of their population is urbanized.  They have found that when people move to the cities they become wealthier and can provide better for themselves and their families.  China actually has a goal to move 25% of the remaining rural citizens to cities in the very near future. 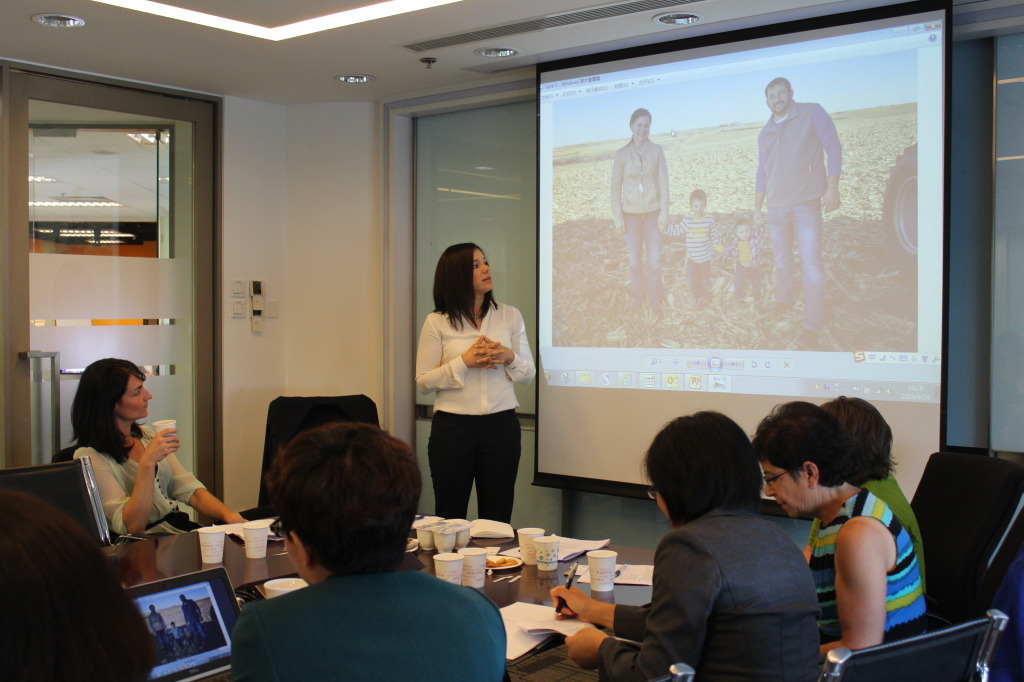 With China’s ever growing population, they have seen soy food consumption double since 1992 even though production has been declining.  Right now they raise enough soybeans for human consumption and import from the U.S. and other countries soybeans to feed their livestock.  At some point soon, China will have to import soybeans for food too.

This is where GMOs or biotechnology come into play.  Previously the Chinese government had approved GMO corn and soybeans.  But recently there has been a large backlash against GMOs from Chinese consumers.  So much, in fact, that the government has not been able to move forward when it comes to importing and developing GMO crops.  The Chinese government has invested billions of dollars into biotechnology already and some misinformation is to blame for the disruption of the development process. 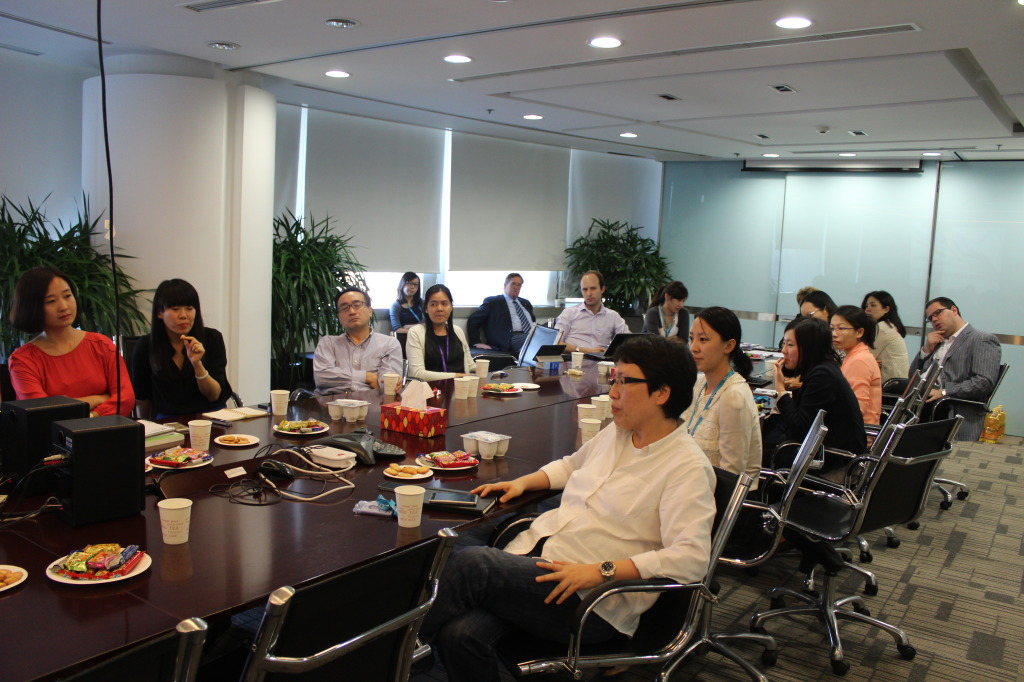 China is worried about food self-sufficiency and food security for their people.  The United States can be a part of their solution for food security!  China’s market drives our economy, so they are very important to U.S. agriculture.

The Des Moines Register recently published a seven day series on Iowa’s Role in Feeding China.  You can see all the articles in this series listed here.  On day one they reported eight solutions to Chinese food security.  They are: 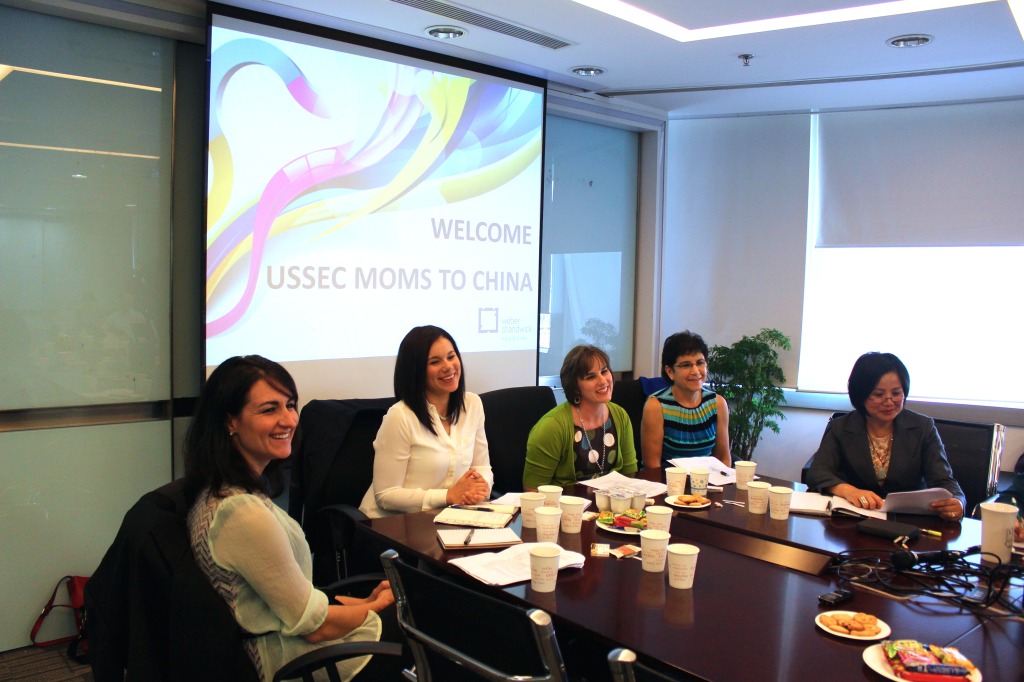 When talking with the women at our townhall meetings and at the United States Embassy seminar, we found out that food safety and government trust are two key issues.  Mothers in China do not trust the safety of their food or their government, so much so that many of them buy their groceries online, including baby formula from the United Kingdom.  A few key takeaways from our meetings were that public acceptance is very important and also mothers are mothers no matter where they live in the world.  We all want the best for our children and healthy, nutritious, safe food is one of those things!

These experiences have really opened my eyes to the global demand for food for the growing population.  There is no possible way that we can provide enough food to meet the demand without the help of biotechnology.  It allows farmers to grow more food on less land and helps reduce their carbon footprint, making the environment a better place. 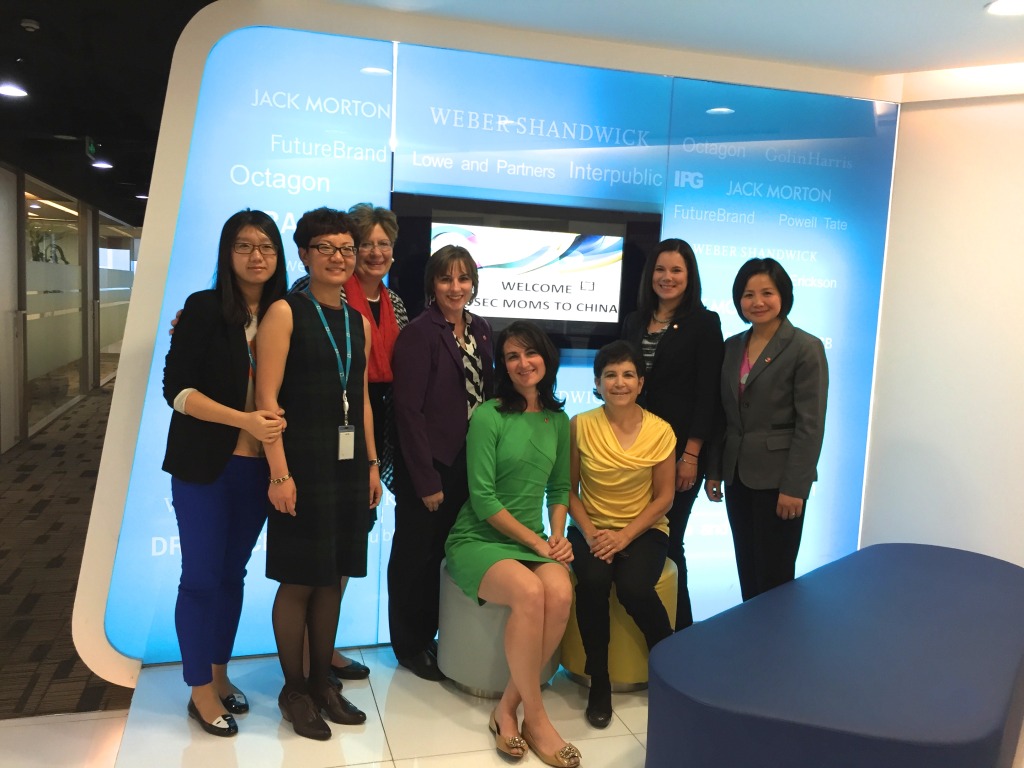 I look forward to what the future may hold when it comes to the United States and China.  I have thoroughly enjoyed my travels there and hope to get back real soon!