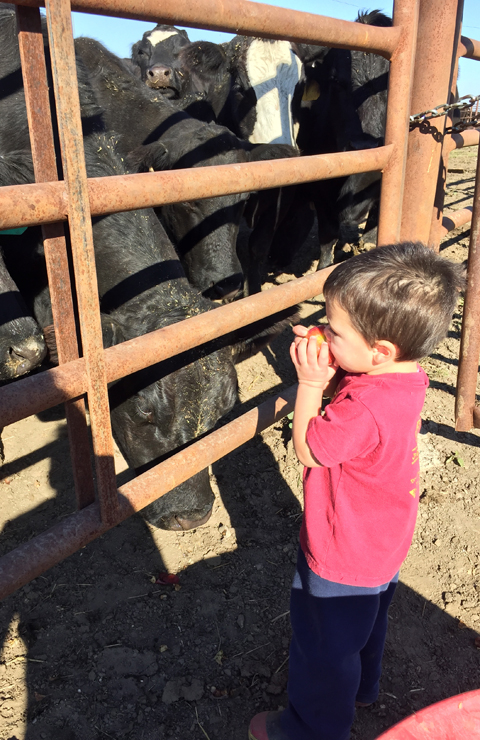 In the fall we have lots of apples on our apple trees (usually) and quite a few end up on the ground, which we call windfalls.  We usually give them to the cows to eat.  They absolutely love apples!  It’s kind of like a special treat!  When they realize what we have, they come running over to the fence!  Axten was my little helper that morning and decided he wanted one too! 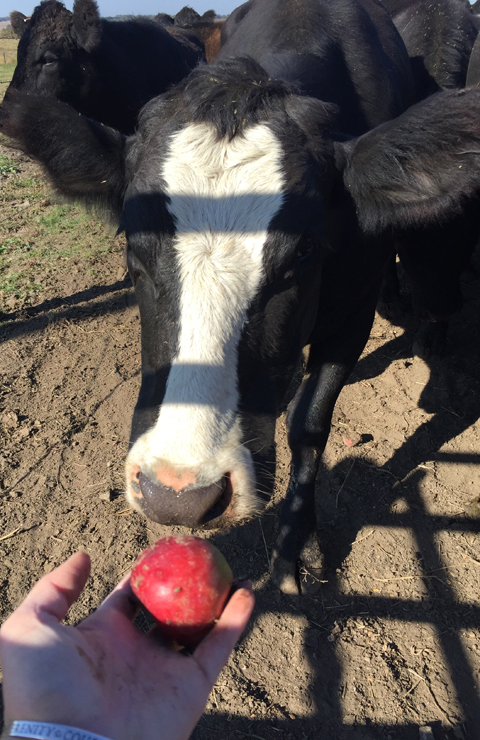 Of course I had to feed my favorite cow, Lucy, a few apples too.  She ate them right out of my hand, and Axten’s too! 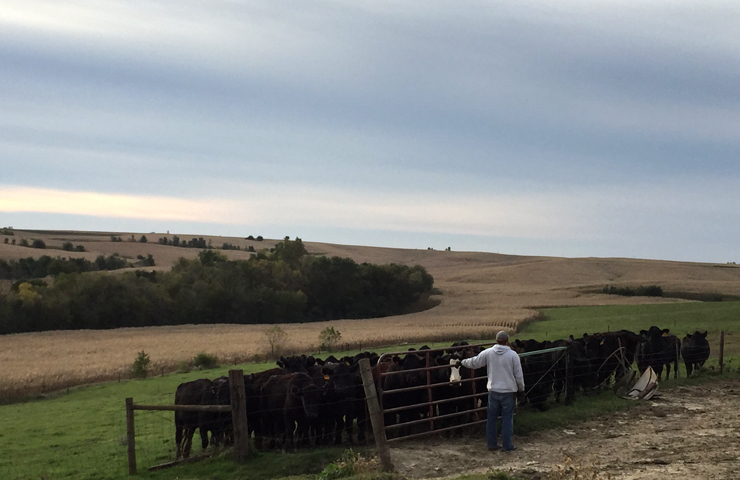 Since harvest was late  to start this year, Kevin was able to get some of the fall cattle work out of the way beforehand instead of trying to do it during harvest.  First he weaned all the calves which means separating them from the cows. They are all at our home place now where they got checked over by the vets, who gave them their shots and castrated the steers.  They are now eating a special ration of receiving chow which is transitional feed until they are ready for the regular feed.

Another thing we do every fall is have a vet come out and preg check the cows.  We bring them in off the pasture, move them up the road to our place where the vet uses an ultrasound machine to see if each one is pregnant and how far along they are.  This tells us if they became pregnant when Kevin artificially inseminated them in June or if they became pregnant by the “clean up” bull that was put with them a few weeks after being artificially inseminated. 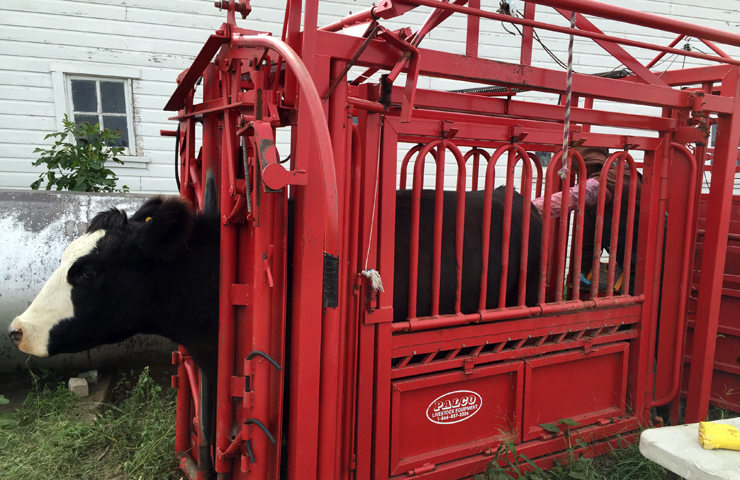 They did this one morning while I was at work, so Kevin’s mom, Rhonda, came to help.  She kept notes on each cow so we knew which ones were pregnant.  If they weren’t, more than likely we would sell them.  Unfortunately this meant that my favorite cow, Lucy was sent to the sale barn.  She wasn’t pregnant this year so she had to move on.  I guess I’ll just have to pick out a new favorite next spring when these baby calves are born! 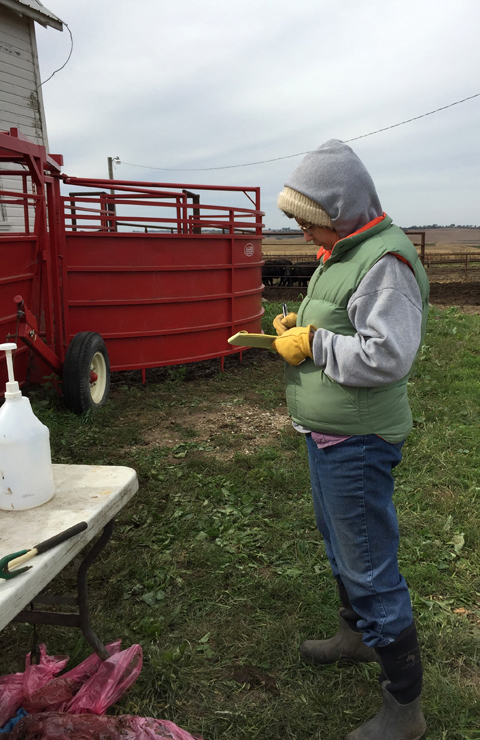 After the cows are all preg checked, Kevin moved them onto stalks.  He harvested some corn early before he started with soybeans so we could get the cattle moved out on to stalks.  They love this!  There is some grass and lots of cornstalks for them to eat and we supplement that with some hay and mineral too.  They will stay out on cornstalks until next spring right before we start planting.  Then they will get moved to pasture again for the spring and summer.

So that’s what’s happening with the cattle here on our farm!  What have you been doing to get ready for fall and winter?  Any fall cleaning?  I’m working on that this weekend!