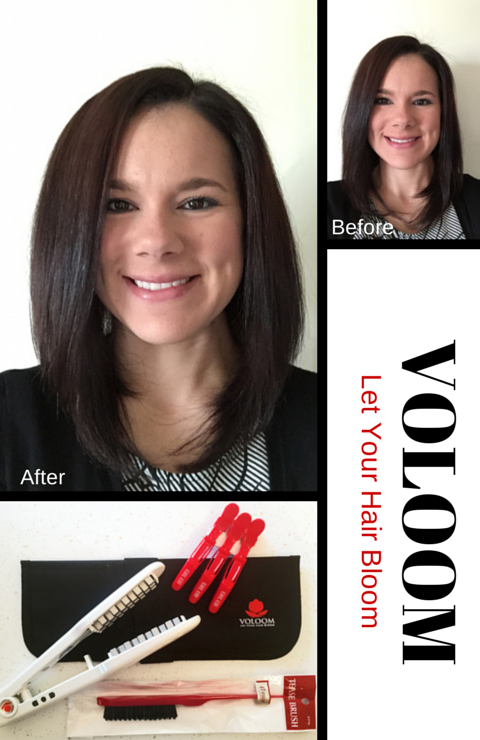 I’ve always complained about my hair to my friend and hair stylist Laura.  She tells me that I actually have a lot of hair, it’s just really fine.  So I usually have my hair layered to give it a little body, use products to help give it some volume, and then as soon as the humidity and/or wind hits it, it’s completely flat again.  Do you have this problem too?

Well, I have found the solution!  When I was at BlogHer ’14 this past July, I met Bill and Patty from VOLOOM.  I had not heard of VOLOOM before, but anything that promises to add volume to my hair I’m willing to try (within reason)! 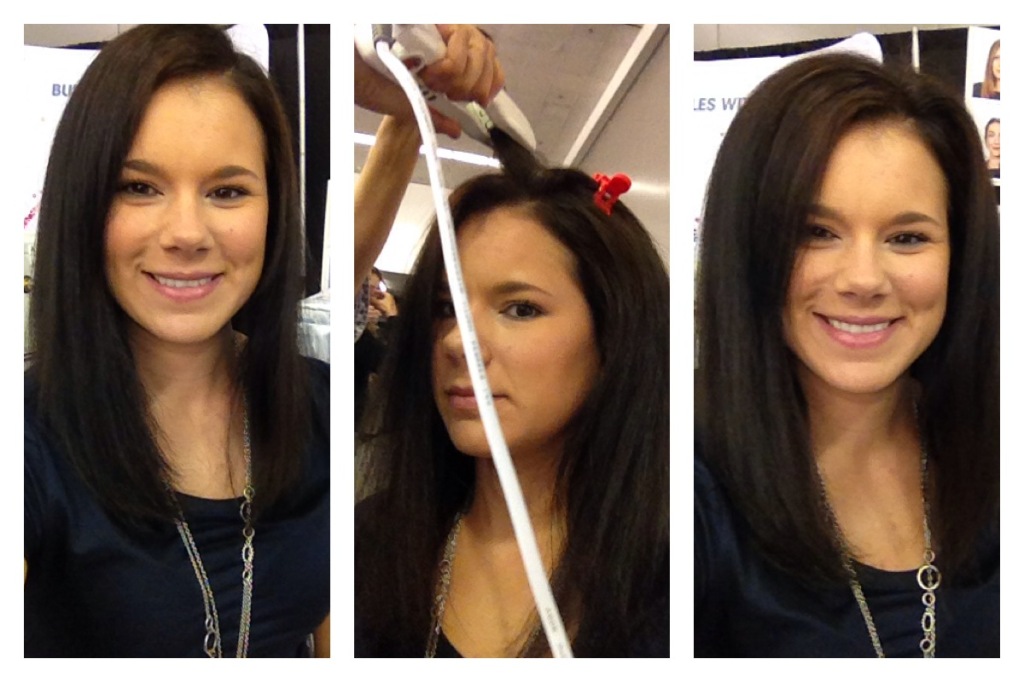 Trying VOLOOM at BlogHer for the first time

My hair was longer then and I had fixed it like normal that day.  I put a little volumizing product on it, blow dried it, and then flat ironed it so my hair was long and straight.  Within a couple of minutes of Patty using the VOLOOM on my hair I had instant volume!  I loved it!  I was promised that it would last a few days too.  And it did!  The next morning I got up, ran my flat-iron over the top layer and it look just as good as the day before!  No added products, no back combing, just this new VOLOOM hair tool. 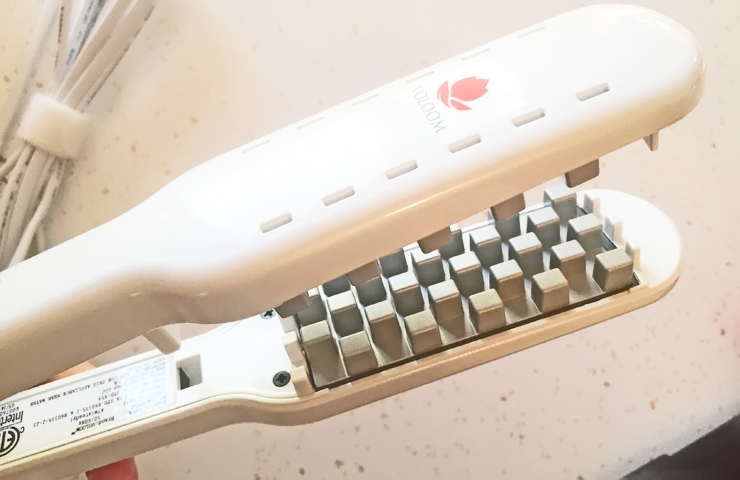 The Secret is in the Patented Plates.  VOLOOM creates hidden volumizing structure in the under-layers of the hair, lifting the top layers up and away from the scalp.

The VOLOOM volumizing iron is so easy to use.  I style my hair like usual (blow dry and straighten), and then I use this VOLOOM on it at the very end and it instantly adds volume to my hair.  See my before and afters below. 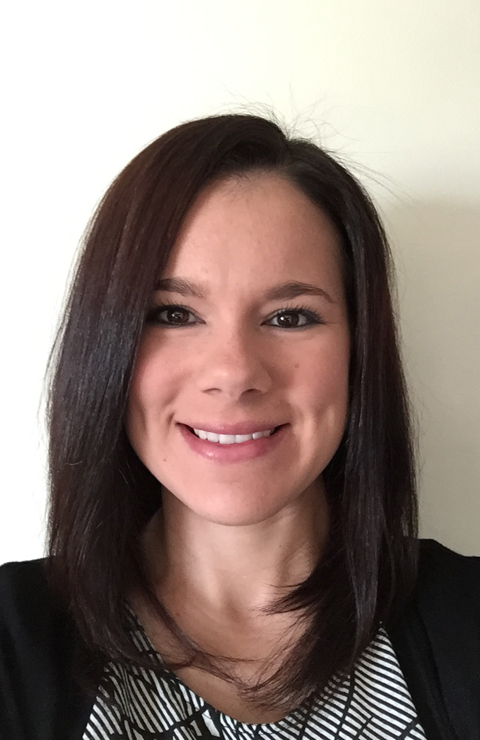 My hair is shorter now than it was this summer when I was first introduced to VOLOOM, but it still works just the same!  I’m actually getting ready to go a little shorter and this iron will keep me from having to backcomb my hair (which damages it) to add the volume.  You can also use the VOLOOM to add texture to your hair for up-dos too! 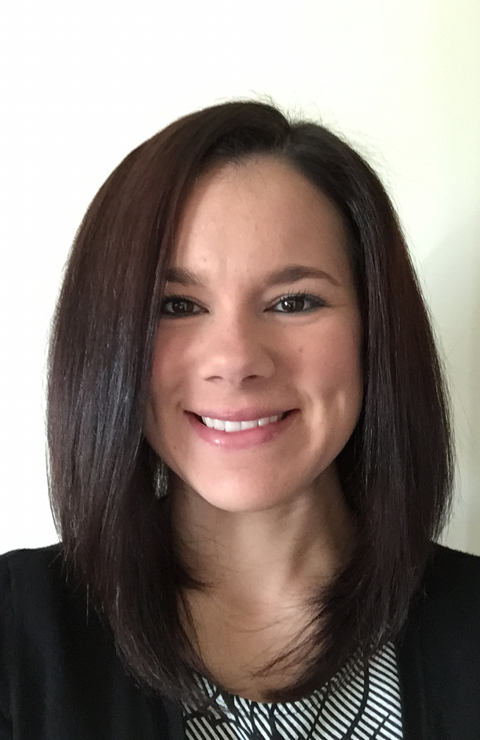 With the VOLOOM, I received a pouch to store the VOLOOM in along with a sectioning brush and three clips.  This retails for $129.99 and includes free shipping AND you can try it out for 30 days risk free, but I can bet that you will love it as much as I do!

What’s your hair dilemma?  Mine depends on the time of the year, but flat happens year round.  Let me know if you try the VOLOOM!