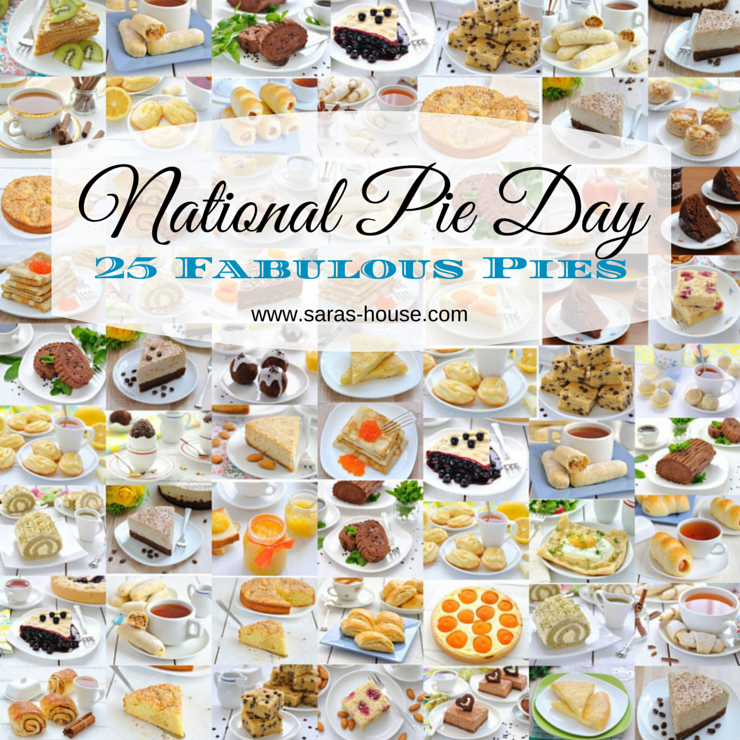 Happy National Pie Day!  I love homemade pies, especially when they are still warm and there’s vanilla ice cream involved!  Yum!  My all-time favorite pie would probably have to be my Grandma’s Sour Cream Apple Pie.  I used her recipe to make single sour cream apple pies here which were kind of fun, but nothing beats that deep dish apple pie.

I have been thinking about this day for a while and was really hoping that I could get a pie made for today, but we haven’t been home long enough for me to do that lately.  Maybe this weekend or next week!  I’ll let Kevin pick one of the 25 pies listed below and we’ll try out a new one!

The American Pie Council has a great website that has a lot of very useful information about pies and also tons of great pie recipes!  Below is a little history about pies and some good tips from their website!

On that note, here are some fabulous pies that I found on Pinterest!  Check them out and let me know which is your favorite!

Can She Bake a Cherry Pie?

Before you head off to go bake a pie now, here are a few of my favorite pie tools!  Happy National Pie Day!