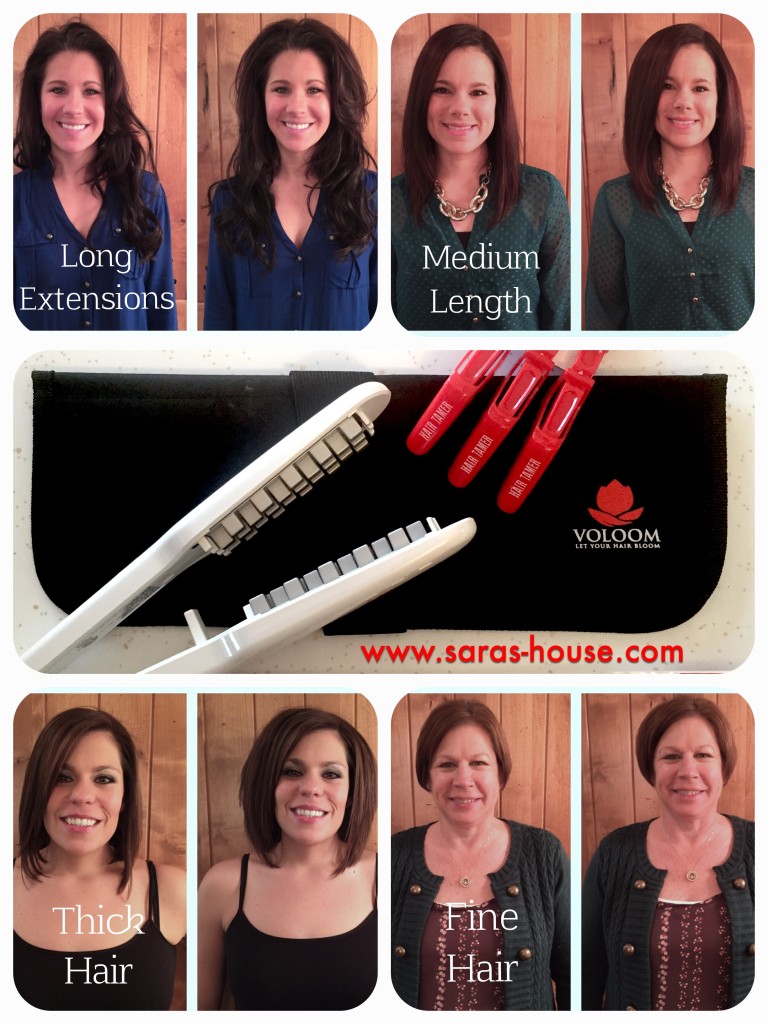 Does your hair love winter as much as mine?  Mine has been so dry and full of static lately it drives me crazy!  One thing that helps dramatically is my Voloom volumizing iron.  I’ve mentioned this to you before, about how it adds lots of volume to my hair, and afterwards I had a bunch of friends ask what I thought it would do for their hair type.  So I thought I’d put it to the test!  Between myself, my two sisters, and my mom we have four different hair types!  Crazy I know!

What You Get With Your Voloom

Just a quick recap before I jump into the hair types, above shows what you will receive if you order a Voloom.  You get the iron which has many different heat settings, three clips to help hold your hair back, a tease brush, and also a carrying case for the hot iron. 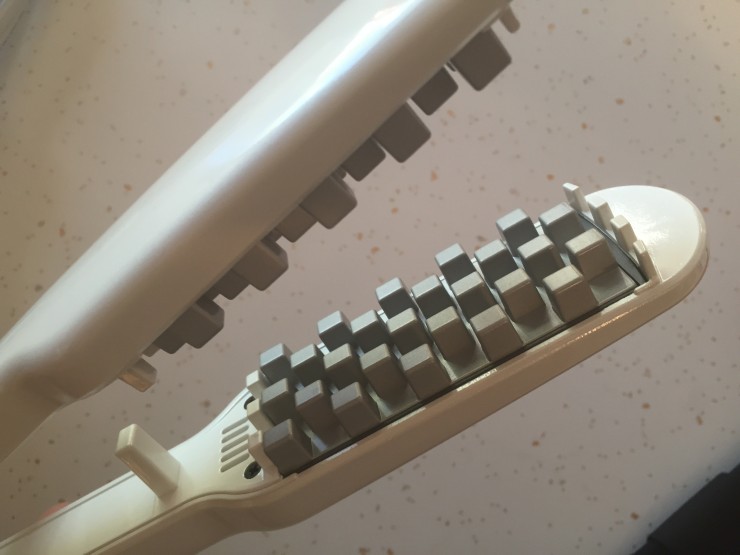 You can see how the iron works, it kind of looks like a waffle iron! These special plates are what add incredible volume to your hair that stays for days (or until you wash it out)!  You just style your hair like you normally do and at the very end use the Voloom near the roots to give it extra volume.  Easy as that! 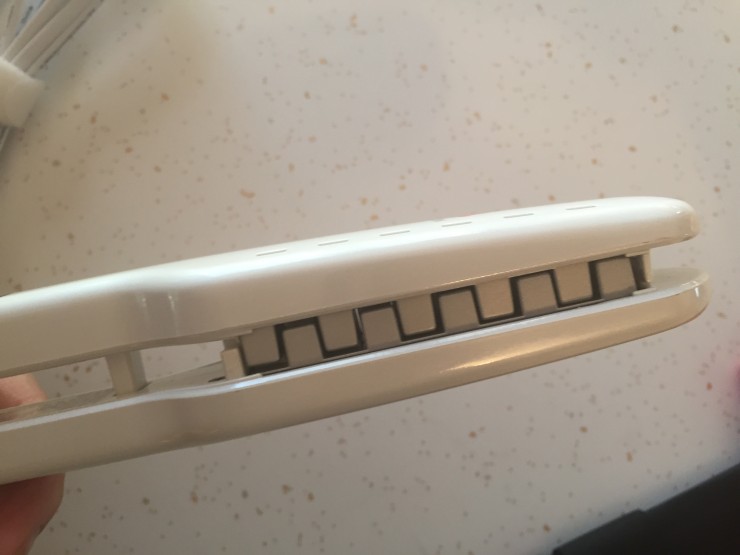 So now I’m going to take you through four different hair types so you can see the big difference each of us had!

My sister Megan has really pretty, long hair.  She has extensions added (the kind the salon puts in, not the clip in kind) that helps give her volume and length.  But as you can see below there was a big difference before and after using the Voloom!  I carefully used it near her scalp to give her lots of added volume.  I made sure to avoid where the extensions were attached to her hair, but I didn’t have any issues with that at all.  I LOVED her hair afterwards!  It was pretty before, but she looked awesome with “big” hair!  She too loved her big hair and bought a Voloom for herself not long after! 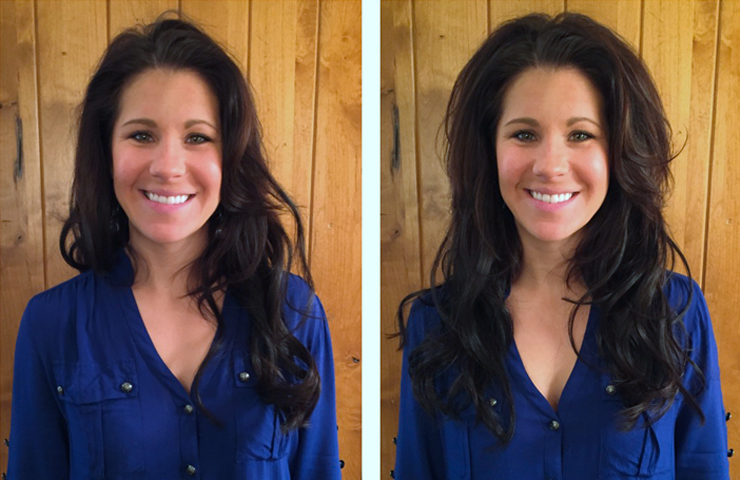 My hair is really fine, although I’m told I have a lot of it.  As you can see below it was pretty flat before I used the Voloom, but afterwards it had a nice fullness about it!  My hair is actually shorter than this now, and stacked in the back, so using the Voloom on my hair really adds a lot of volume to it without having to tease it a bunch!  I personally use this almost every day!

My sister Morgan has very thick hair.  She also had nice curly hair, you just can’t tell in the pictures below!  After blow dried her hair, she used a straightener on it.  As you can see in the left picture it ended up pretty flat.  Not for long though!  I took the Voloom to her hair and she had lots of volume in a matter of minutes!  She has so much more hair than me to start with, but she loved the Voloom enough to buy one herself!

And last, but not least my mom’s hair.  Her hair is super fine!  Like super, super fine! It’s also pretty short, so I wasn’t sure how well the Voloom would work on her hair.  I turned the temperature down quite a bit since her hair was so fine, and the Voloom worked great!  We did have to go back with a straightener afterwards on the top layer, but I was pleasantly surprised that it still worked on her hair! 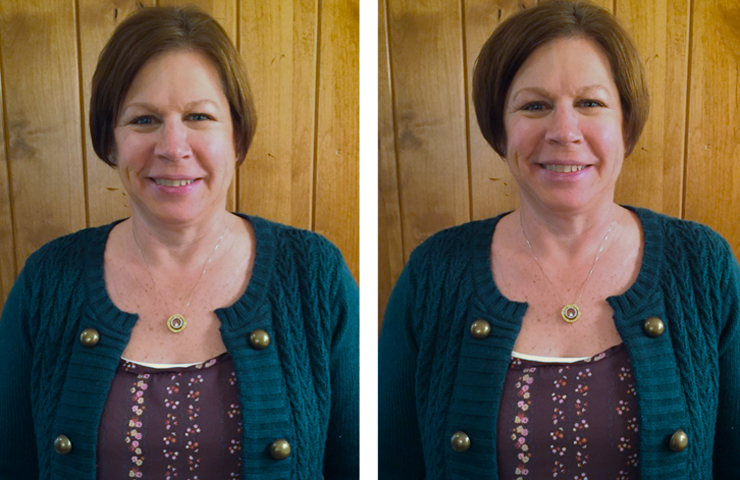 Afterwards we were all ready to go have out family pictures taken!

As you can see the Voloom works on all types of hair!  If you’re looking to add some volume, check out a Voloom today! 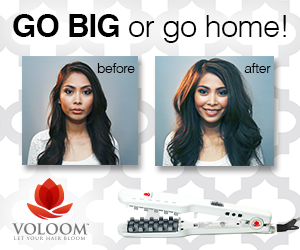 What’s you’re go to way of adding volume to your hair?  Or are you always trying to straighten and reduce the volume?  I’m loving big hair right now!