It’s that time of the year!  Calving season!  I’ve mentioned before that farming is 24/7 and that is definitely the case during calving time.  Kevin sets his alarm for every few hours during the night to go out and check on the cows and heifers.  Occasionally they will need his assistance giving birth, but for the most part they can handle it themselves.  So far my assistance hasn’t been needed, so that’s good!  Getting a phone call in the middle of the night saying to get outside right away is never a good sign!

You may remember a post I did back the beginning of December about the fog and how we should expect a snow storm around March 15th.  Well, I’m thinking that’s not going to happen!  It’s been in the 50s the last few days and the 10 day forecast says 50-60s.  Yeah!  Perfect calving weather!  As long as it stays nice.  I’m keeping my fingers crossed that we’ve seen the last of the snow, but I have a feeling we’re not going to get that lucky.

At least for the foreseeable future, the new calves that are being born will have some nice warm temperature to arrive in! 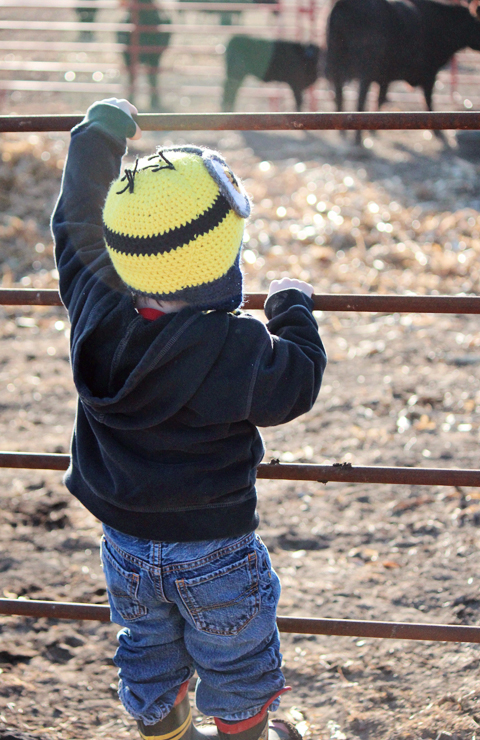 Last Friday the boys and I put on our boots and went out to check on the new calves.  The boys loved checking them out and playing outside in the warm sun…until their boots got stuck in the mud and they stepped in the mud in their socks.  We finally had to go in because Axten was standing on the muddy snow with a bare foot. Darn mud!

For the last few weeks, Hudson has been counting down the days to his 5th birthday (which was yesterday).  He would tell everyone that asked about his birthday that there would be a bunch of babies born that day.  He’s a farm kid through and through! 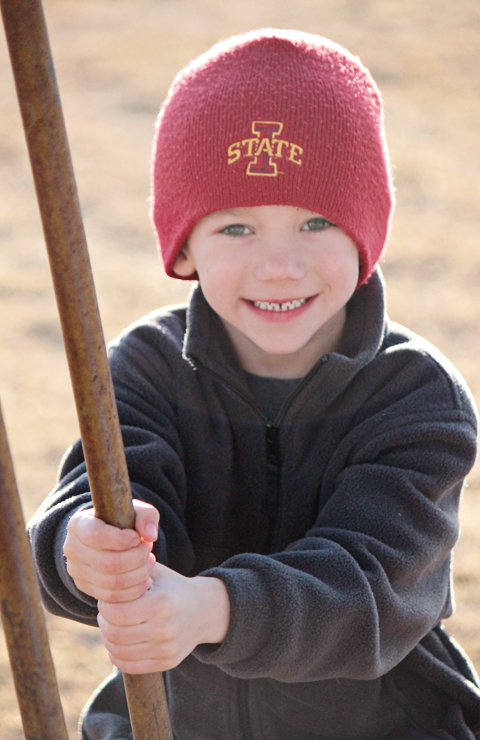 Yesterday morning when he got up Kevin asked him how many new calves he thought would be born on his birthday and he was hoping for 5 on his 5th birthday.  Well, there were only two, but he was still pretty excited about that!

Here’s to hoping this nice weather stays around!  I’m kind of getting used to grilling again!  What’s the weather like where you are?