Happy March everyone!  Wow! Another crazy month is in the books.

You may remember that at the every end of my January Recap post I said, “I know there’s a full day left, but I’m hoping it’s just a nice relaxing day at home!”  Well that came back to bite me in the rear end!  That day was supposed to be spent at home with my boys, packing, and getting ready to leave for China the next day.  You know, a normal relaxing day at home.  Well, I knew there was snow in the forecast, but when I got up Saturday morning they had changed it to a Winter Storm Warning.  Kevin mentioned maybe I should try to get to Chicago that day (Saturday instead of Sunday morning) so I did some talking to the other ladies on this trip and all of a sudden I had to pack real quick and hit the road to Des Moines.  All flights out of Omaha were booked that day, so I had a two-hour drive in crappy weather.  But I made it to Des Moines, and my flight made it to Chicago that evening.  And some how we managed to fly out of Chicago on February 1st in the middle of a Blizzard Warning.  They literally had to shovel snow out from under our plane’s tires before we could push back.  Talk about comforting! 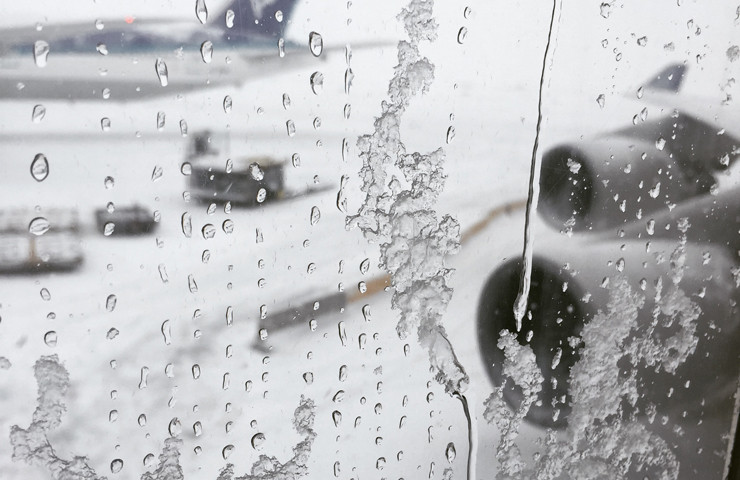 Moms Advocating for GMOs in China

The first week in February we headed back to China with USSEC (United States Soybean Export Council) to talk to women over there about soybeans and biotechnology.  You may recall back in September we went over there for the same type of trip.  It was successful so we went back and talked to more Chinese women about U.S. agriculture! 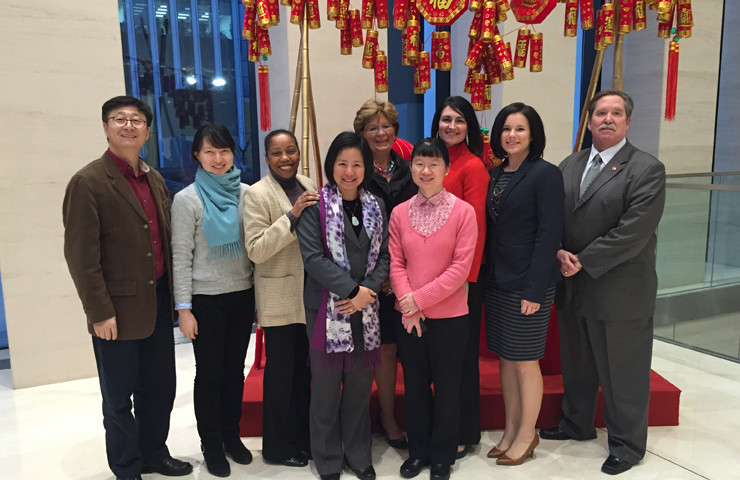 I’ll have more posts in the near future about our trip, so I won’t go into a lot of detail here, but it was the same format as last time.  Kristin and I went as farmers from the United States and we also took with us Dr. Ling Li from Iowa State University.  She does research there on soybeans and biotechnology and is originally from China.  She was our perfect third-party resource!

We spoke to three different groups in townhall-style meetings.  Every meeting brought a different set of questions from the audience, but in general consumers are concerned about their food over there.  They want to know more information about GMOs and biotechnology and how it plays a part in their food industry. 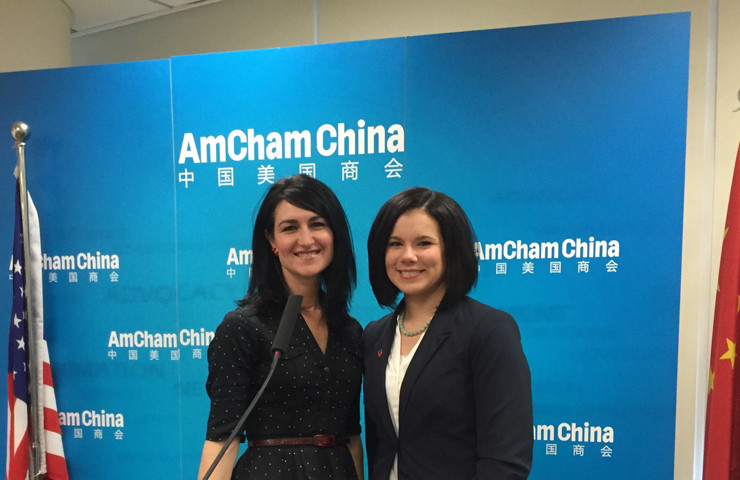 While over there I was able to see Ma Jie again!  She works for the U.S. Embassy and visited our farm last summer when we had a Chinese group there to talk about our family farm and discuss U.S. agriculture.  I was able to see her at the Embassy last September and this trip she came to another one of our townhall meetings.  I was very happy to see her again! 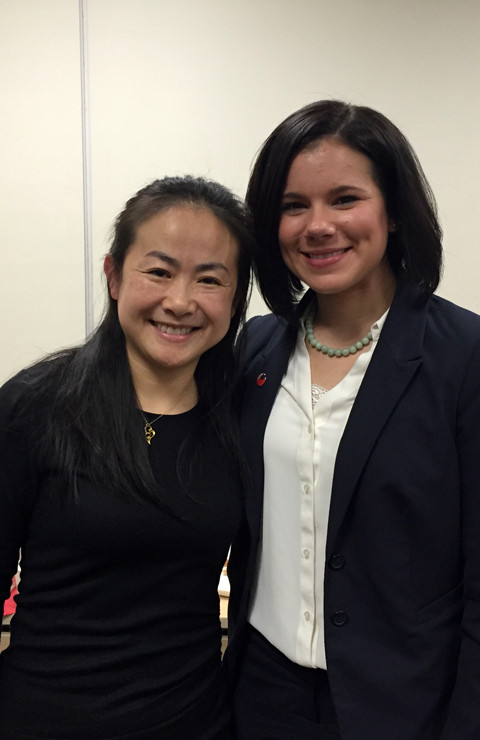 While we were in Beijing, we had the privilege to meet four ladies that were very well-known in the Chinese social media world.  We’re talking 100,000s of followers for these ladies!  They were so interested in learning more about biotechnology so they could better understand it and share information with their readers.  These ladies ranged from gourmet writers, to a national-level nutritionist who has her own TV show, to a lady who has her doctor’s degree in medicine and is an editor for Men’s Health, to a national senior nutritionist and columnist. 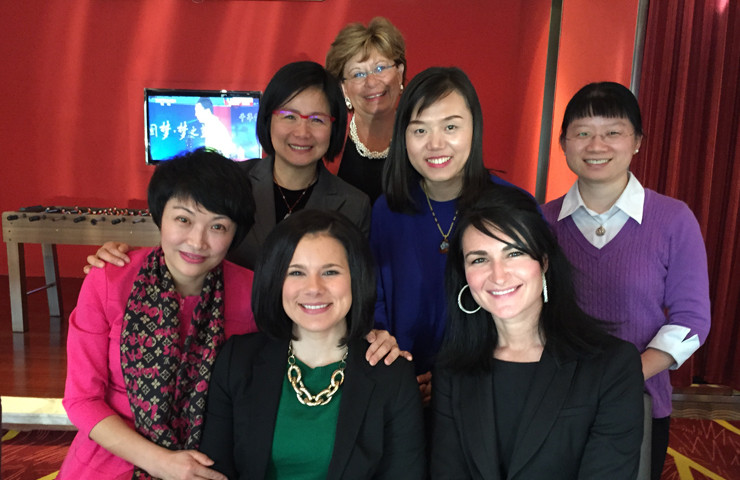 These four ladies were so interesting to talk to and they all want to come visit our family farms here in the U.S.  I hope that happens! 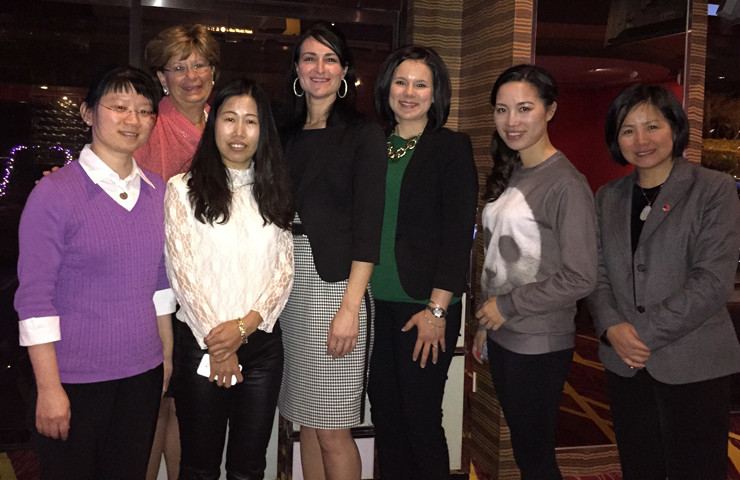 I can’t believe that our oldest son, Hudson, is already playing sports!  He wanted to play Pre-K basketball this year, so every Saturday in February his team practiced and played the two other Pre-K teams.  Four-year olds playing basketball is about the cutest thing ever! 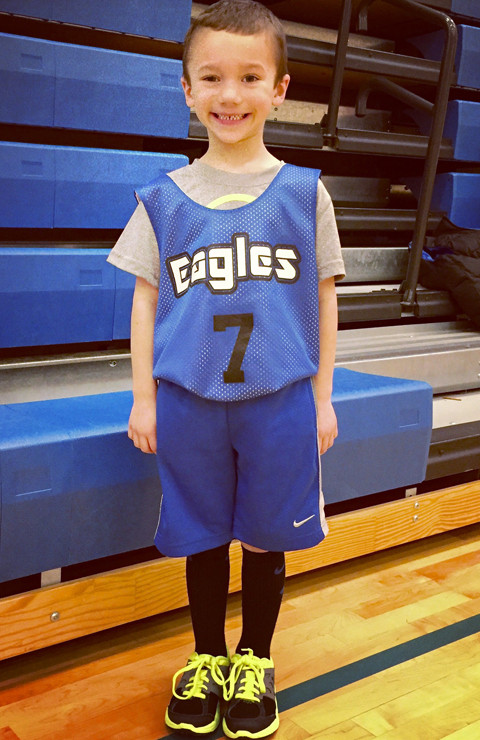 Hudson caught on right away and was all about rebounding and running up and down the court. 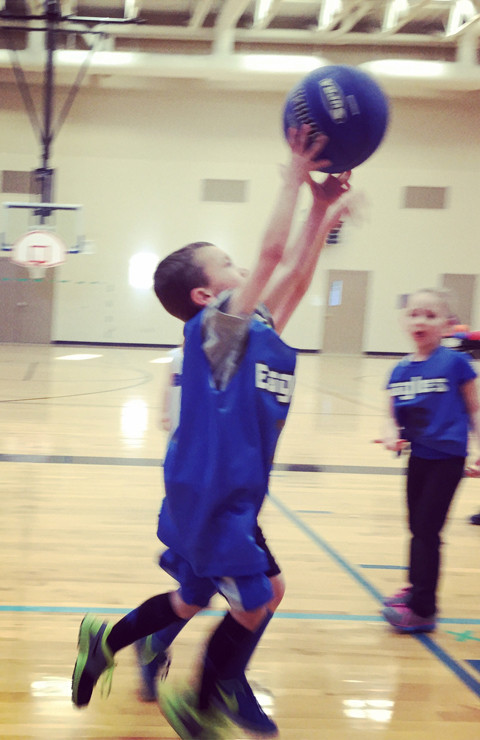 He scored a few baskets too! 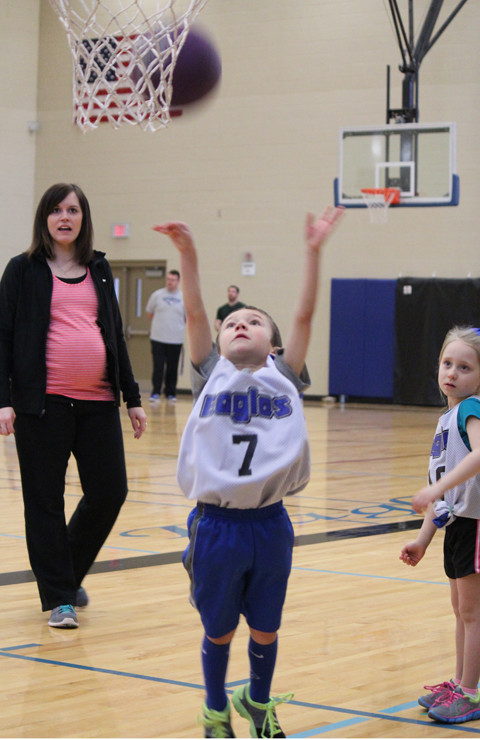 Below is a picture of his team (they were missing one other little boy).  He had a blast and now it’s on to soccer in the spring!  He’s a runner so I think he’ll really like that too!  He’s so excited! 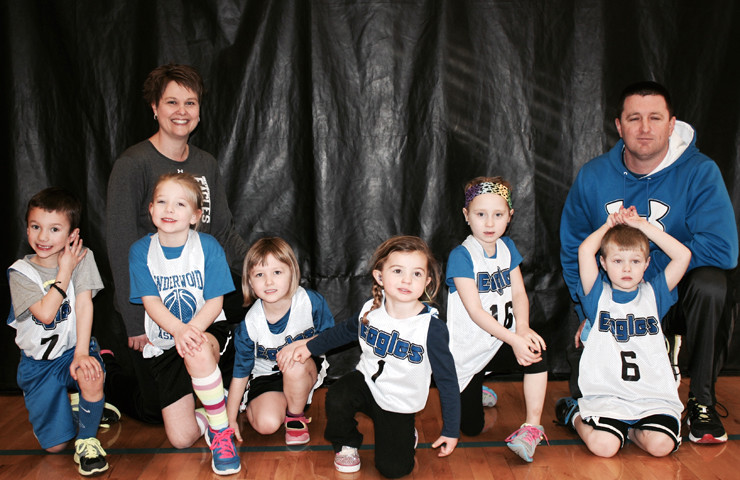 Axten also wanted to play basketball and was really mad when we made him sit in the stands and watch his brother!  He’s definitely going through the two-year old stage!  He’s so stubborn one minute and so sweet and loving the next!  I’ve noticed in some pictures recently that he relaxes/sleeps in the same position! 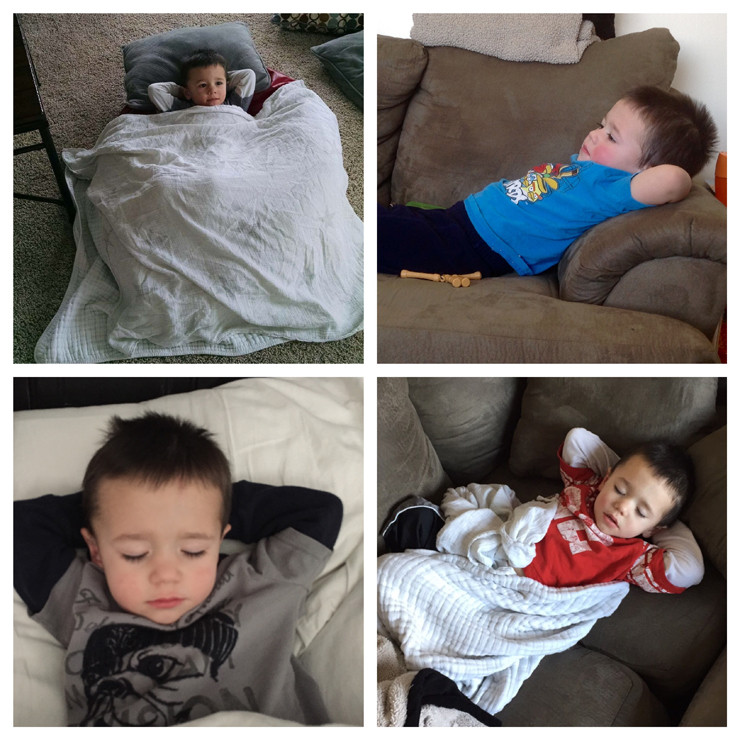 Here’s a picture of one of his “sweet” moments.  He’s suppose to be taking a nap, but instead was giving me hugs!  I’ll take it! 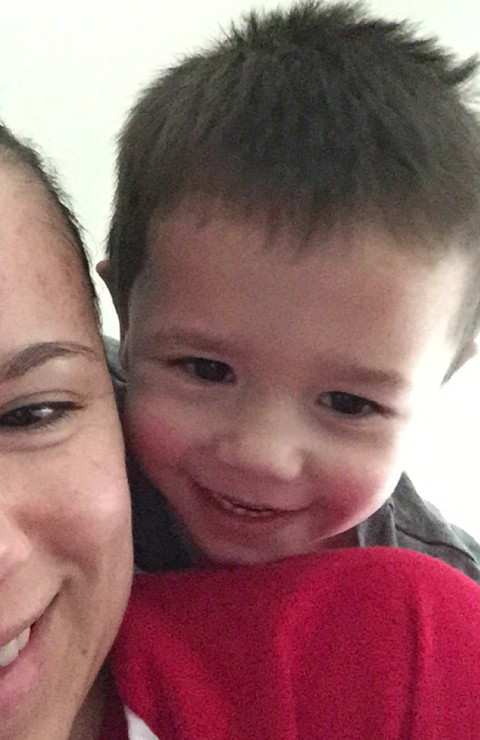 This winter has been really cold so our dog, Diesel, gets to come inside at night to sleep.  Axten just loves his dog and was down underneath the table one day talking to him. 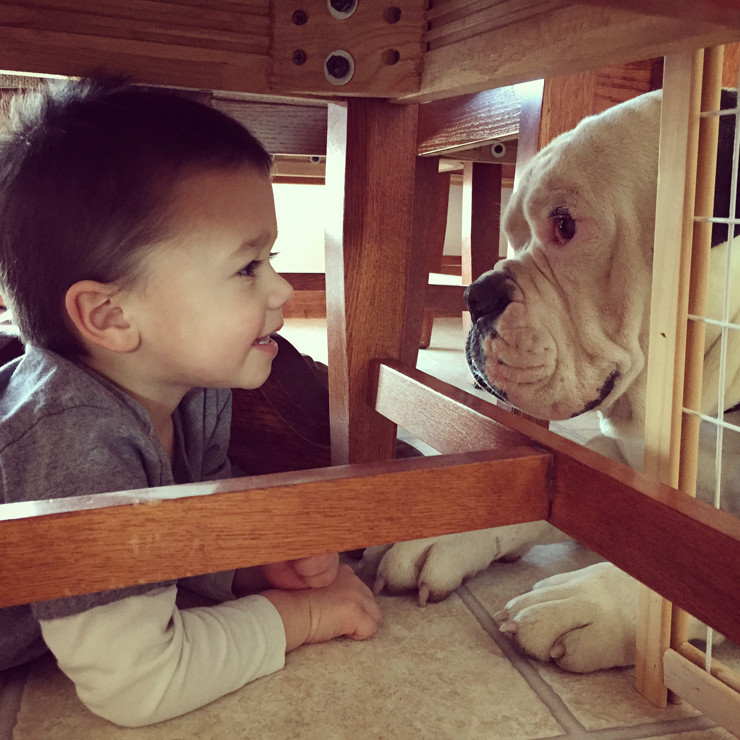 We live right next down to Kevin’s Grandma Marian, who is the boys’ Great Grandma.  She always has some kind of cookie on her kitchen counter and Axten has her figured out!  As soon as he walks into her house he asks for a cookie.  Little stinker! 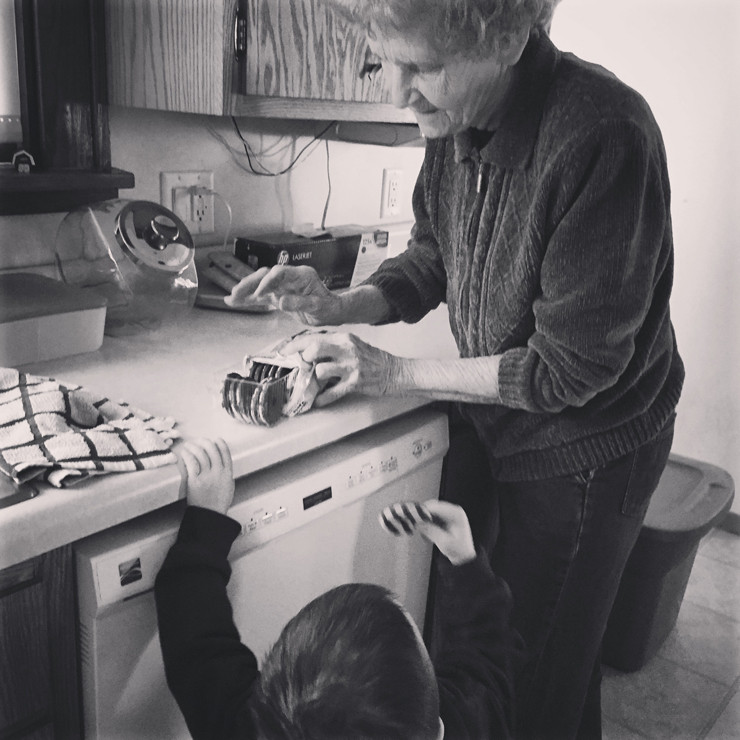 We received a lot of snow the first week in February and it’s slowly melting.  The temps over the next 10 days are supposed to be in the 50-60s, so that will thaw things out! 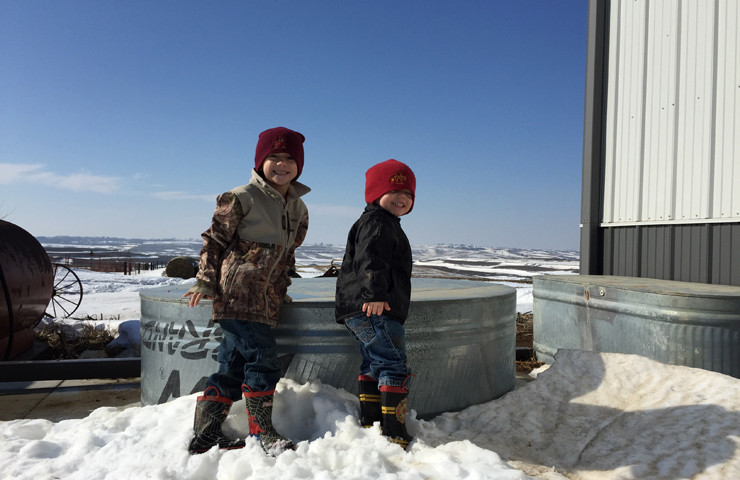 We are just starting to calve so the boys like to go back and check on the cows and see the new baby calves.  We should be in full calving mode in about a week.  More pictures to come! 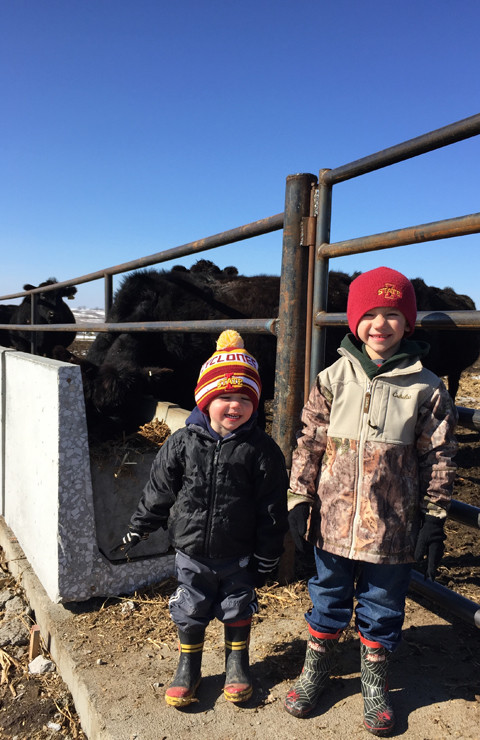 50-60 degree weather will be really nice for calving.  Let’s hope it stays nice!  That probably won’t happen, but who knows!  A few years ago on St. Patrick’s Day I turned the air conditioner on (I couldn’t open the windows because Kevin was hauling cattle and our gravel road was really dusty). 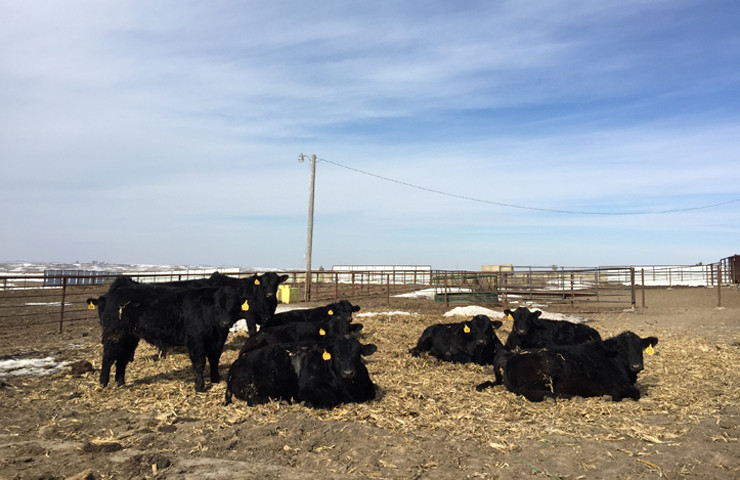 Last week I had the privilege of attending Bayer CropScience’s Ag Issue Forum right before the Commodity Classic down in Phoenix, AZ.  It was a great two days of learning about the future of agriculture and food.  The speakers that they brought in were top-notch!  There were scientists, innovative farmers, NGOs and marketers, an astronaut, a former professional football player, a futurist, a legislator, and young consumers.  We got to hear their stories and how people in agriculture can apply that and provide more for our growing population.

Right after the Ag Issue Forum, the Commodity Classic began.  Kevin’s on the National Corn Growers board so he had many duties throughout the conference and trade show. 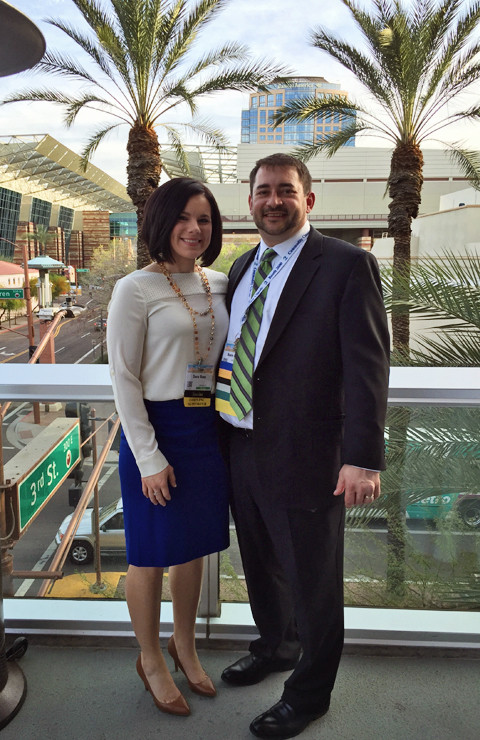 I was able to attend a panel discussion on diversity in agriculture one afternoon.  Deputy Secretary of Agriculture Krista Harden put on this panel along with women farmers, young farmers, and farmers of different ethnic backgrounds.  It was so interesting listening to how they began their farms and how they got to where they are today. 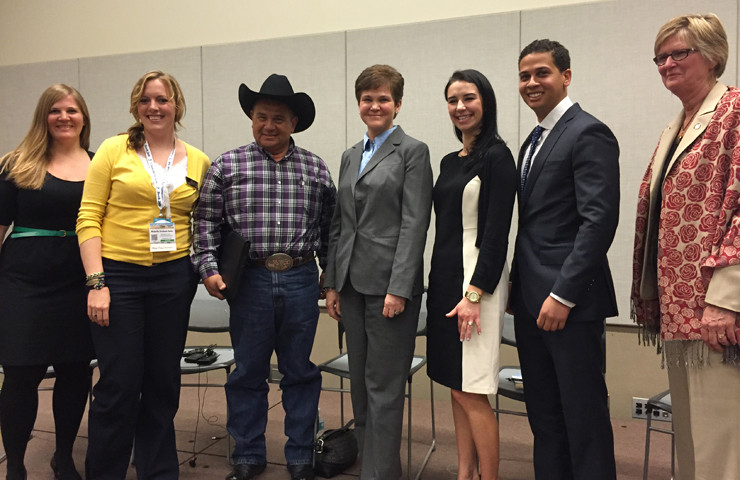 On Friday, Joan Ruskamp, a CommonGround volunteer from Nebraska and I put on a Learning Session during the Commodity Classic.  It was about CommonGround and how to tell your farming story to consumers.  I thought it went really well, we had a lot of audience participation and I hope everyone took a little something away from that session on how to speak up about agriculture if consumers they know have questions! 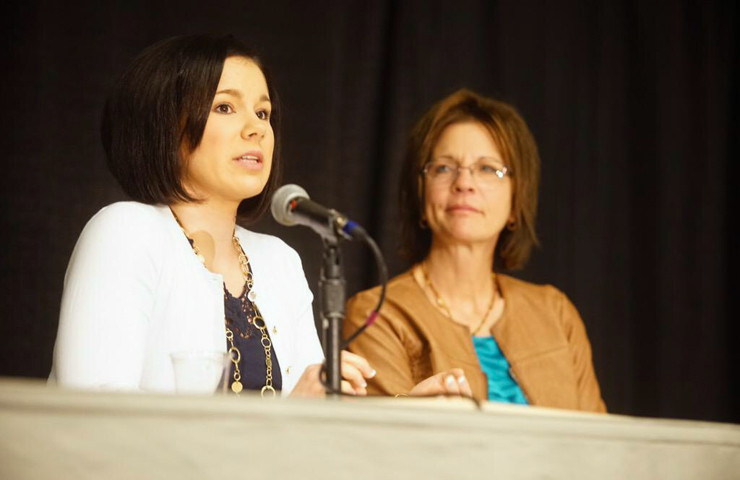 While in Phoenix, Kevin and I were both able to meet up with some family members.  Below is a picture of my Uncle Fred and I one morning before breakfast.  It was great to see everyone that we did! 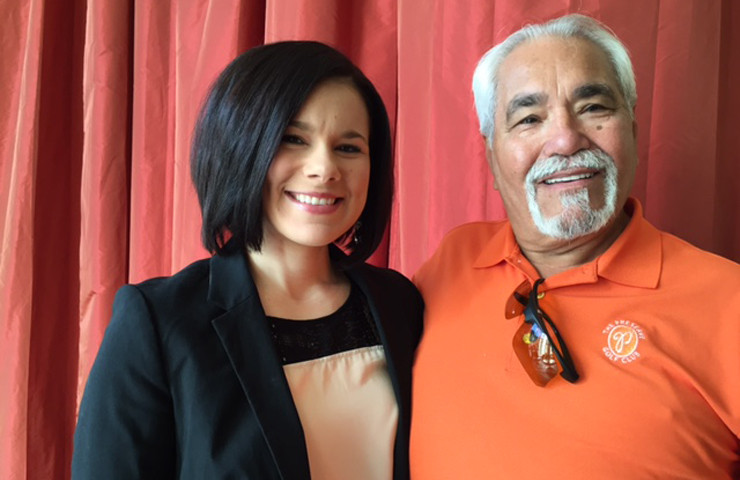 To round out February’s Monthly Recap, here are the recipes and featured posts!  Please share them on social media if you’d like!  Thanks! 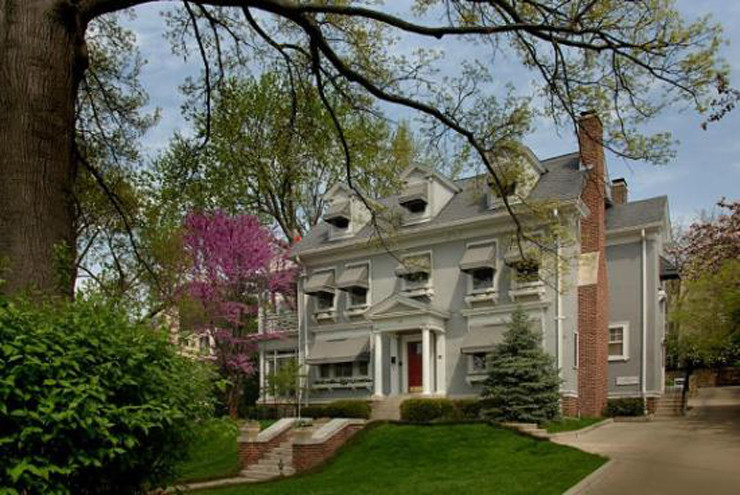 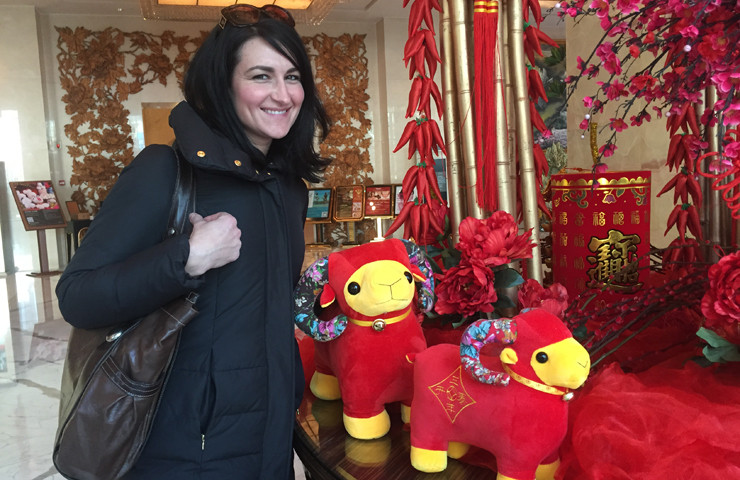 Lamb Lover’s Month & The Year of the Sheep 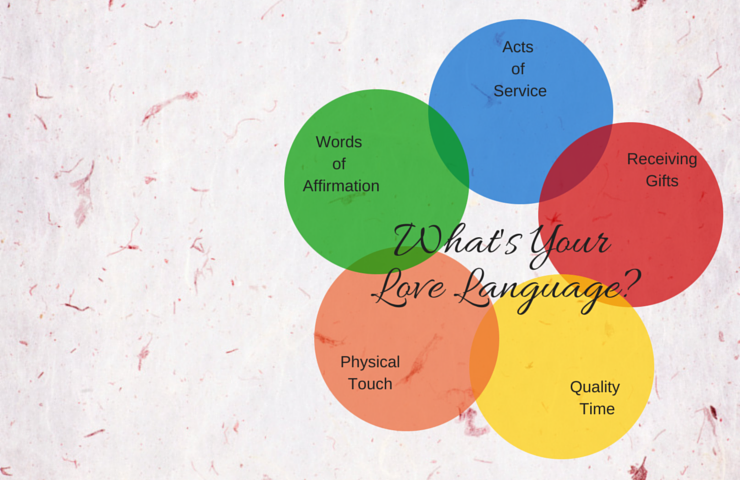 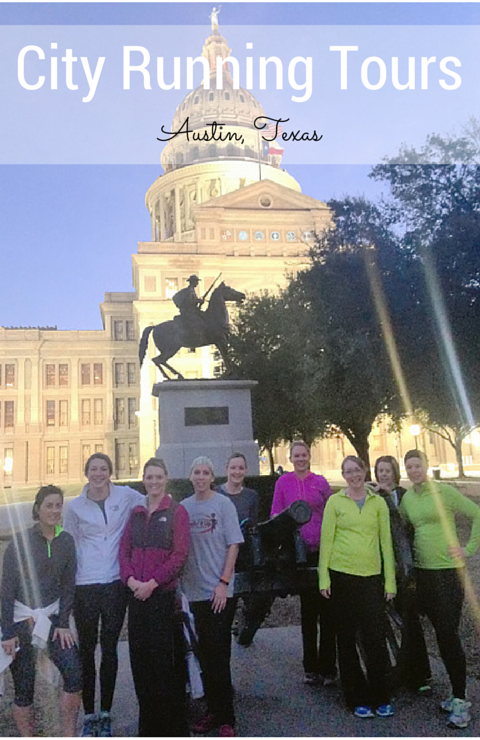 Phew!  That’s the end of that Monthly Recap!  If you made it to the end, thank you for reading!  I’m hoping March is a little more calm!  Hope you are all having a great week!