Good evening!  So I finally have a garden again this summer.  It’s basically been three years since I’ve had a decent one.  If you remember, in 2014 we had a hard freeze the middle of May that wiped my garden out and then after replanting we had the big storm that included hail and high winds (there was a tornado just a few miles south of us) that destroyed most of my garden again.  After that I was done with it that year.  Then last year I was pretty pregnant with the twins all summer long and had no desire to deal with a garden so I didn’t plant anything.  This year with the twins being so little still it took some talking into by Kevin to plant a garden again.  But the big boys seemed to want to help (aka dig for worms in the dirt) so I said I’d do about half of a garden. 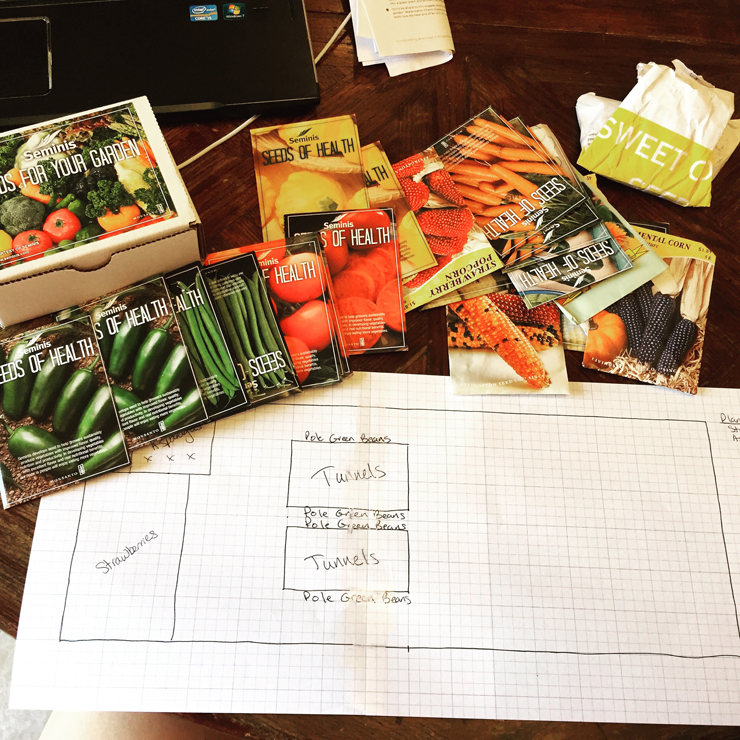 So I dug out all the seed that we already had and started laying out the plan on paper.  Our garden is approximately 20×80′ or so.  I knew I wanted to plant pole beans this year to make the tunnels for the boys that I started two years ago. 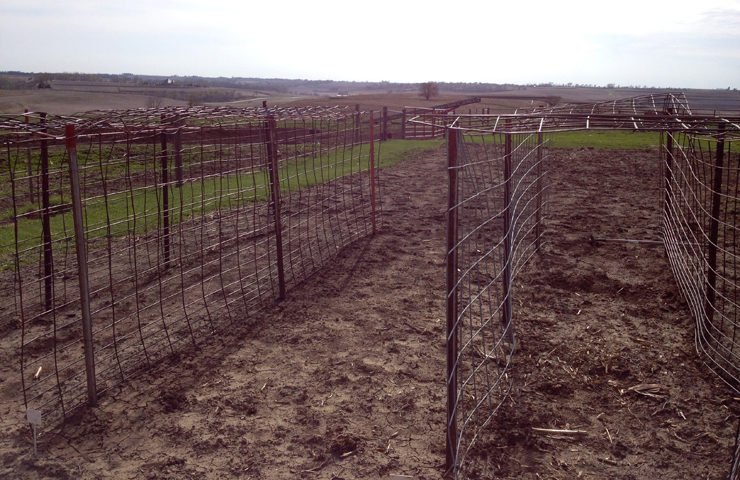 Back in 2014 when Hudson and Axten were getting big enough to be out in the garden with me I wanted to make something fun for them to play in while I was picking or pulling weeds.  So I found on Pinterest ways to make tunnels for your pole beans and used stakes and metal panels that we already had to build them. 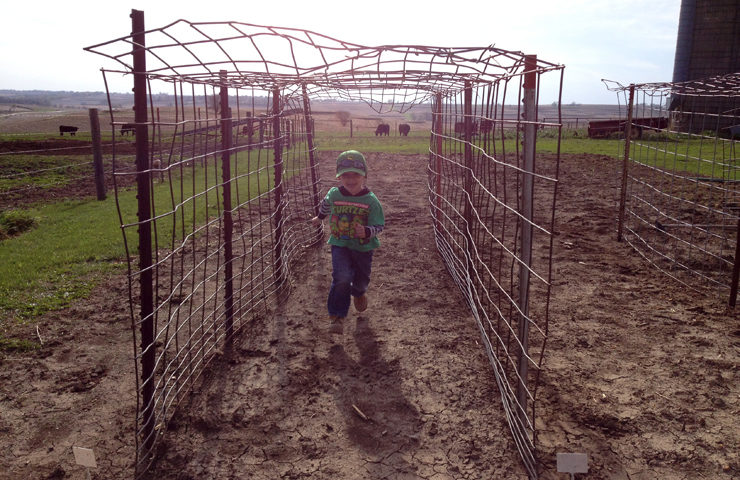 The boys loved running up and down them after I first built them, but they didn’t have any beans growing on them until this year finally. 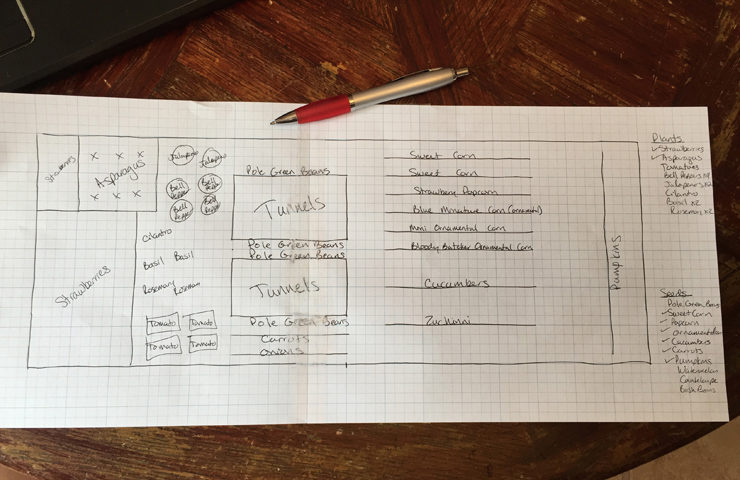 After I got the plans laid out we got to work planting.  My garden didn’t end up quite like the plans above, but it’s close.  When the pole beans start to grow sometimes you have to help them find the fence to climb up.  We live on top of a hill and it’s often breezy up here so we’d have to take some of the vines and wrap them around the base of the fence, but once they found the fence they wound their way around it and climbed up and over, creating the tunnels. 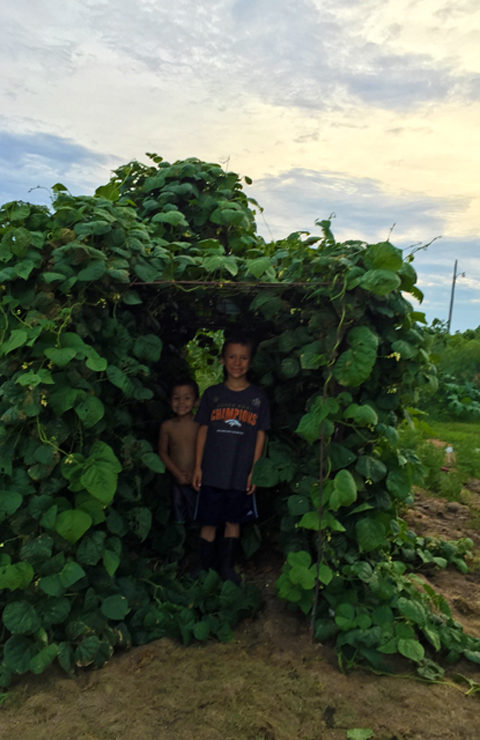 The pole beans have seriously gone crazy and completely covered the two tunnels.  They are just starting to come along and we’ve picked a few gallons so far.  We all love fresh green beans, especially Carver and Hollis, and I’ve also canned some quarts too.  The nice thing about the tunnels is that you can go inside of them and a lot of the green beans are hanging down so they are easy to pick.  So far I’m liking pole green beans better than bush green beans.  My back always hurt after bending over and picking bush beans.  My hopes with the tunnels is that Hudson and Axten can pick them for me in a year or two.  They are already pretty good help, but don’t see all the beans quite yet.  🙂 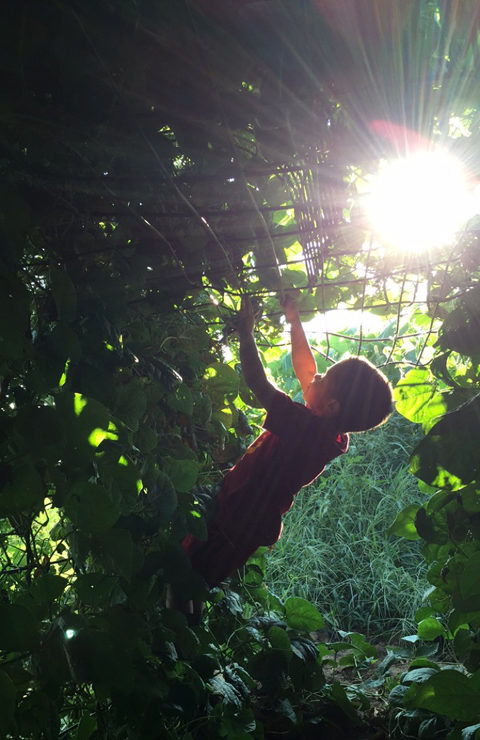 So half of my garden is doing really well.  I got a really thick layer of grass clippings laid down to prevent weeds from growing and this has helped tremendously!  The other half of the garden with the corn and pumpkins is another story….

So on that note, here are a few of my favorite green bean recipes and a brand new one that I just made the other evening to go with some grilled chicken.  Hope you enjoy! 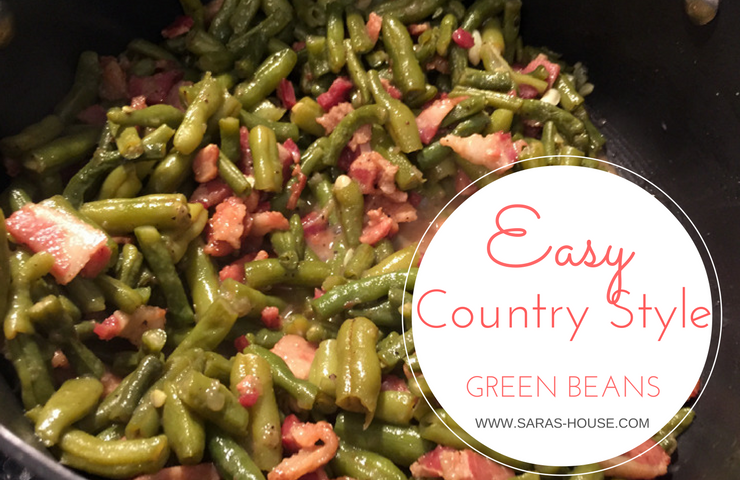 « 2016 Crops are Looking Good!
Wordless Wednesday: Random Pictures From This Past Week »