Disclaimer:  As a Bayer Blogger all my travel expenses were paid for by Bayer CropScience, but my comments below are all my own!

The future of farming…What does it look like?  Well, I suppose that all depends on who you ask!

So I started with my husband, Kevin.  I asked him what he thinks the future of farming looks like.  He said, “Green”.  And then he said I could interpret that however I wanted.  Usually he’s not a man of so few words….So here’s what I’m thinking. Let’s hope that green means abundant crops.  Hopefully green means that we are making a profit while farming.  Green could also mean sustainable and healthy.  Green could mean a lot of things!

I next asked our six-year-old son, Hudson, what he thought the future of farming looked like.  He has always lived on a farm.  He said, “a little different.  We may have a different color of combine, we’ll still be planting the same crops, maybe 300 bushels per acre.  The bull calves will be bigger.  And if I could plant anything I’d plant corn, soybeans, carrots, and pumpkins.”  He also drew this picture to go along with it. 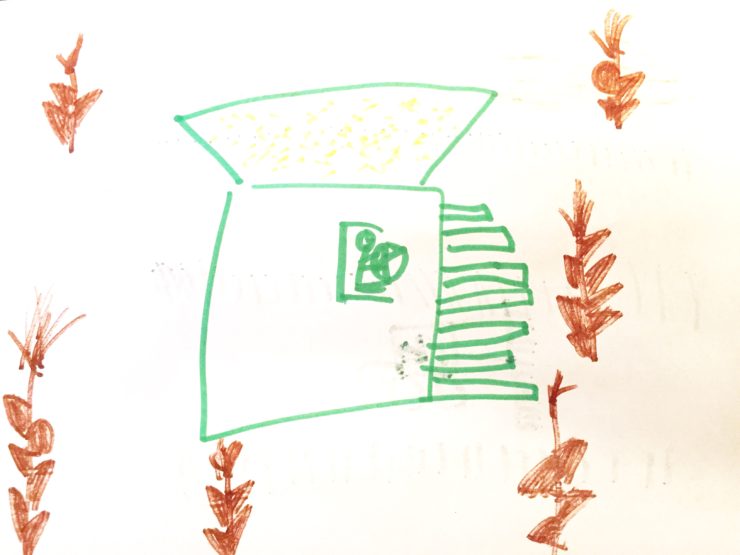 I thought while I was at it I would ask Axten, our three-year-old, what the future of farming looked like and he said, “I don’t know.”  Then I asked if the tractors would get bigger or smaller and he answered, “Bigger!”.  Then I asked him if he could grow anything what would he grow, he replied, “Corn and green beans!”

Now if you ask me what the future of farming looks like, I’d say promising!

About a month ago I was invited to travel to Leverkusen, Germany to attend Bayer CropScience’s Future of Farming Dialog 2016.  This was such an honor because after I graciously said YES, I found out that I would be one of about 10 bloggers from the United States that would be joining about 200 journalists from around the world at this conference.  We found out that this conference was translated into at least seven different languages!  What a diverse group of people all wanting to learn more about what the future of farming holds! 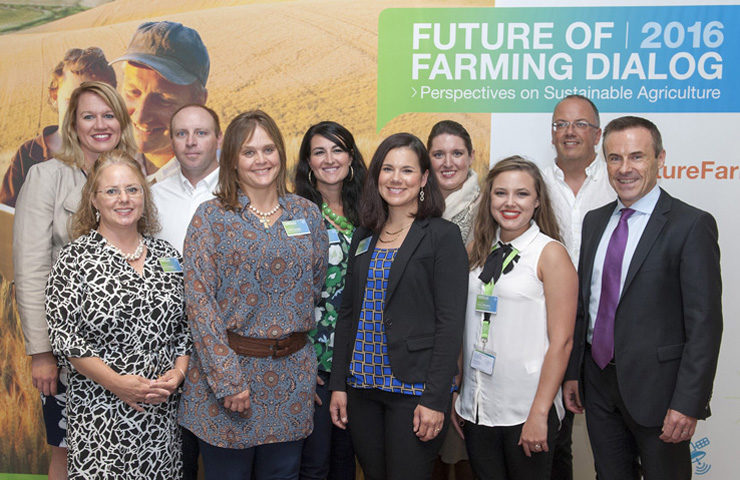 We started the conference by visiting a Bayer ForwardFarm “Damianshof” in Rommerskirchen, Germany.  On Bayer ForwardFarms, Bayer partners with a local farmer to demonstrate real life sustainable agriculture best practices. 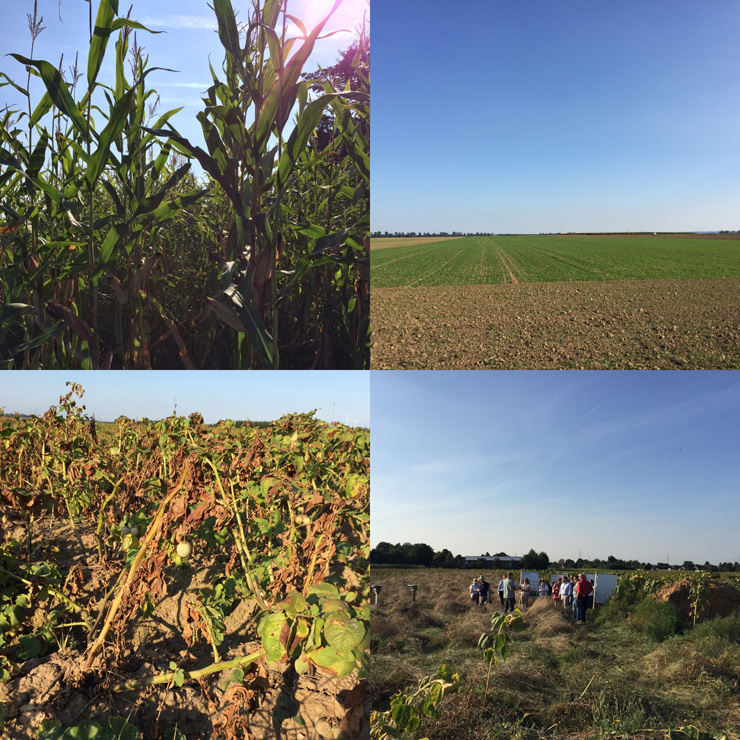 The farmer on the Damianshof farm is Bernd Olligs and his farm has been in his family for six generations, since 1845.  He grows winter wheat, sugarbeets, potatoes, winter barley, and oil seed rape.  We saw first hand and learned on his farm how they work with Bayer and their products to correctly and efficiently apply them.  We also learned about how they promote biodiversity by having flowering strips, skylark plots, beetle banks, shrub gardens, and nesting boxes for bees, owls, and songbirds.  They also focus on making contributions to water protection. 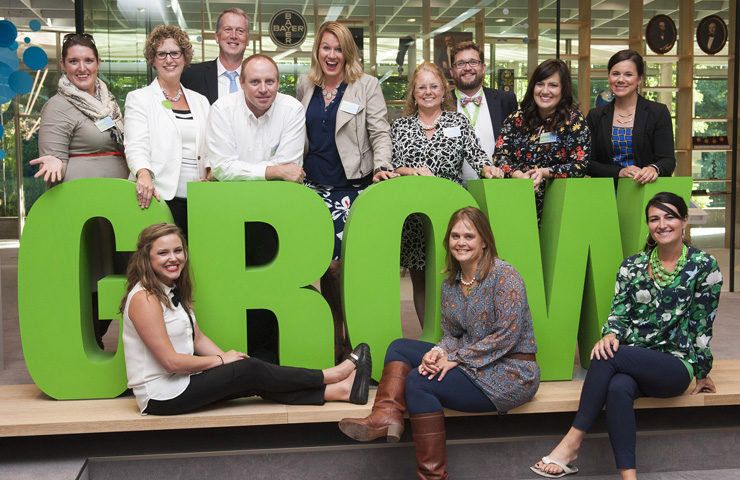 The next day we traveled to Baykomm, which is Bayer’s new Communication Center in Leverkusen.  This was a beautiful facility!  Liam Condon, President of Bayer CropScience division started off the morning by talking about shaping the future of farming.  He talked about the global challenges for the future of food supply:

He also confirmed Bayer’s commitment to Research and Development.  “With about 10% of sales going into R&D, our investment into innovation remains at an industry leading level in the agricultural industry.”  I felt that this was exciting to hear and look forward to seeing the advancements that Bayer CropScience develops over the years. 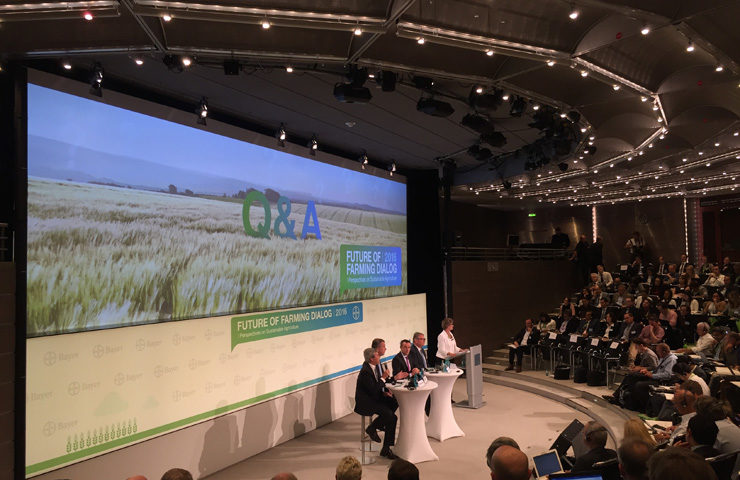 Throughout that day during the Forum we hear from panelists from four different countries and backgrounds share their perspective about what the future of farming will look like in 2030, there was another session with three people sharing about different innovations that will be needed to overcome present and future challenges in agriculture, and there was also a Q&A session with Crop Science’s senior management where they took questions from the journalists who were present for the forum.  This was very interesting hearing from people from other countries about what their concerns were. 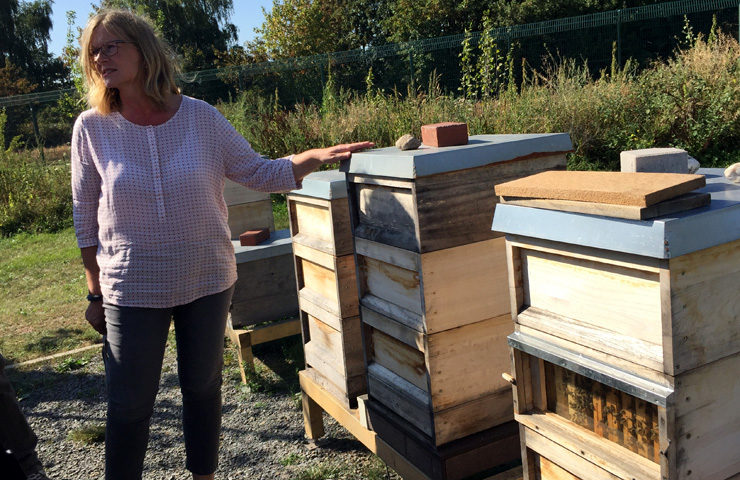 The final day of the conference was a guided tour to the Bayer site in Monheim where we visited the Compound Logistic Center, the Biological Research Pest Control, the Apiary, as well as the Application Technology.  We learned a great deal about their BeeCare Program which was started in 2011.  This program was established to help improve bee health as pollinators are a very important part of many ecosystems around the world. 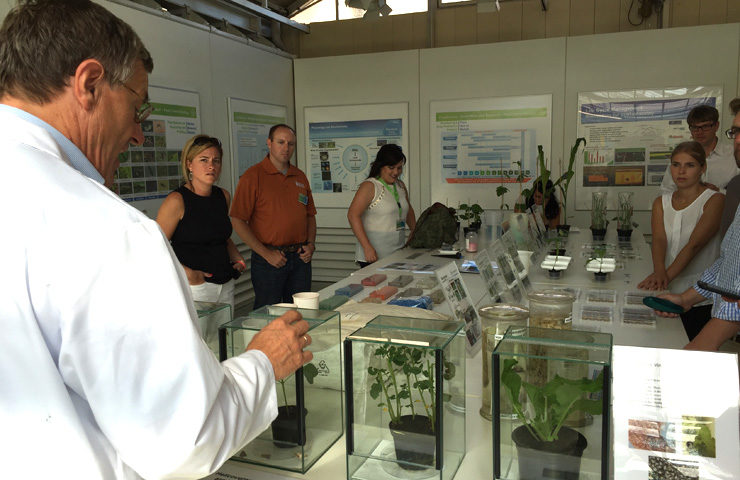 Over all this was a fantastic trip to Germany with Bayer CropScience and some amazing bloggers.  I’m very appreciative of them for letting me learn even more about agriculture and what the future of farming may entail!  I’m looking forward to the future of farming.  I’m hoping our sixth generation family farm in southwest Iowa can continue to be successful so we can continue to make improvements to our land.  That way, one day maybe we can pass it down to these four young farmers if they so choose to follow in their daddy’s footsteps and become the seventh generation to farm this land! 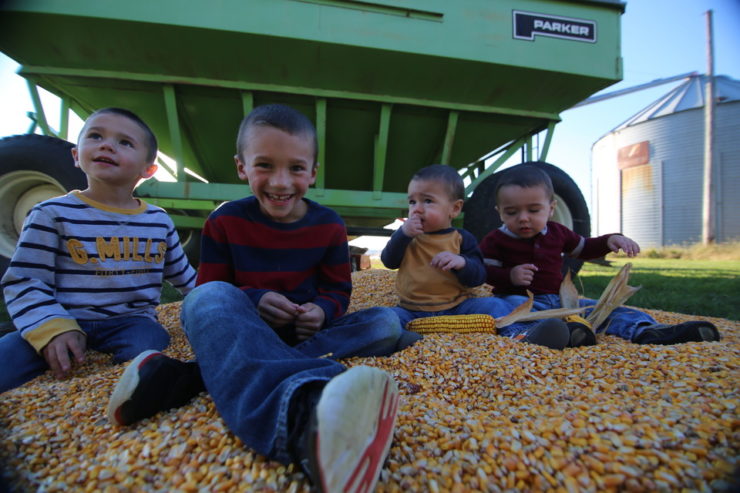 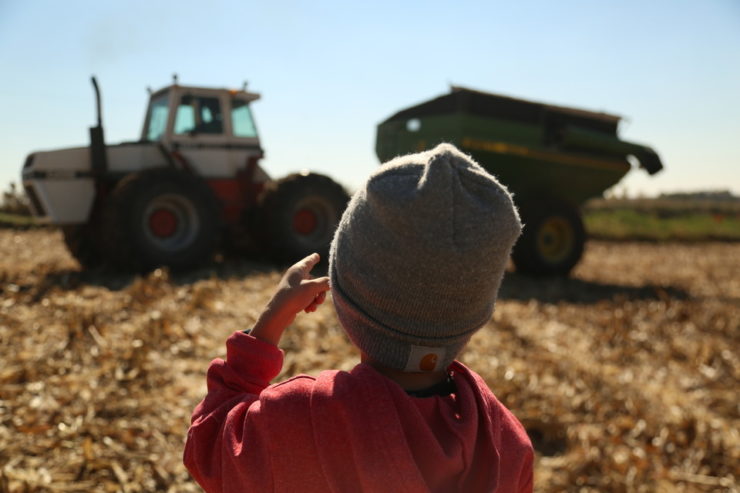 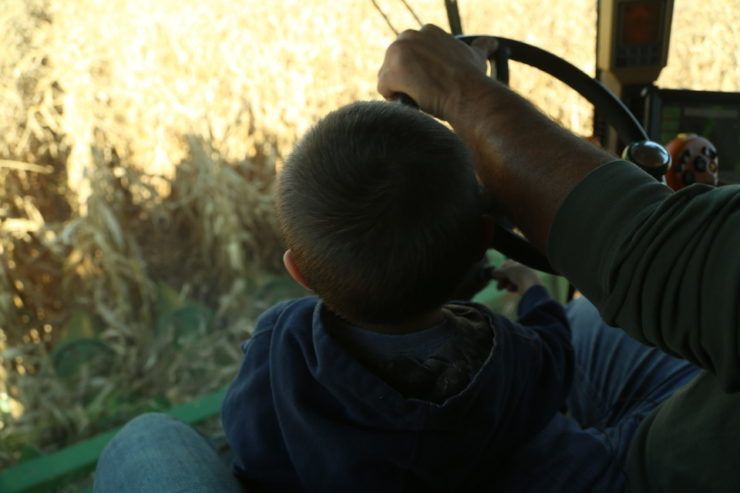 « Oh My! Carver and Hollis Are One!