Since I had a pile of zucchini and my husband and I were both home last night, I decided to try out a new recipe…Stuffed Zucchini!  I had been searching for some new zucchini recipes and found one that was similar to this, so I thought I’d give it a try.
Ingredients:
2 tablespoons of olive oil
1/2 onion, diced
3 cloves of garlic, minced
4 large cherry tomatoes, diced
2 zucchini, sliced in half lengthwise
4 strips of smoked bacon
1/2 cup of sour cream
1 teaspoon of Lawry’s Seasoned Salt
1 cup of Mozzarella cheese
Directions:
Dice the onion and tomatoes and set aside. 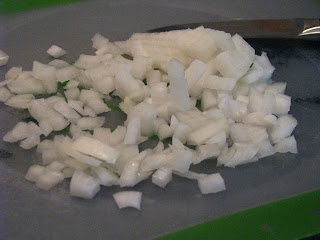 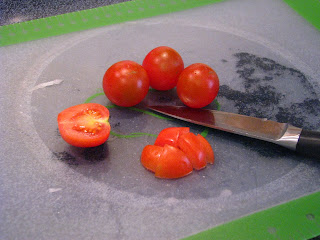 Slice the zucchini lengthwise and scoop out the insides.  Then dice the insides and set aside. 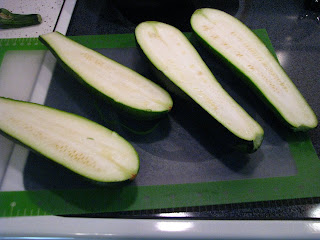 In a medium skillet over medium heat, sauté the onion in the olive oil. 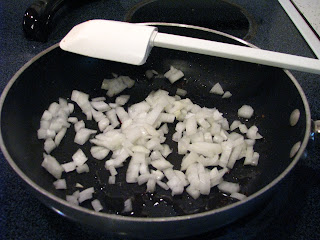 When the onions are tender, add the garlic and sauté another minute.  Place in a medium sized mixing bowl and set aside. 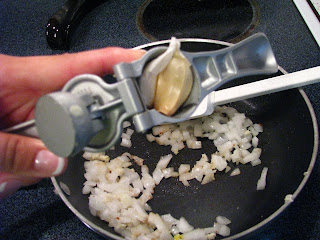 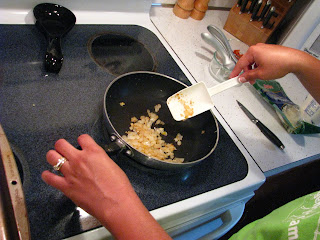 Next in the same skillet, fry the bacon until slightly crispy.  Then drain and place in the mixing bowl with the onions. 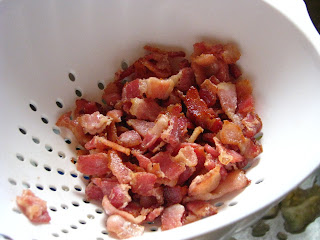 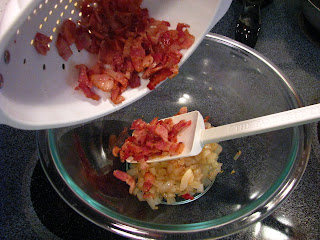 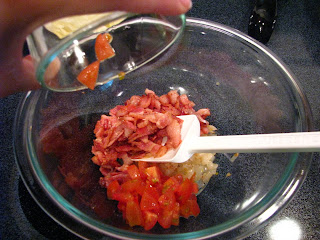 And the diced zucchini. 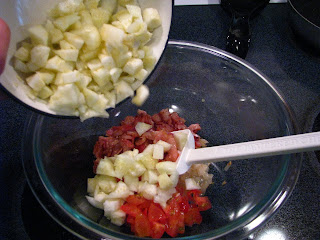 Stir in some sour cream. 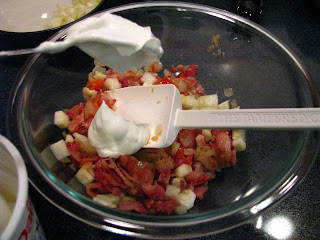 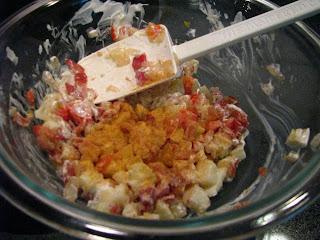 Mix everything together well. 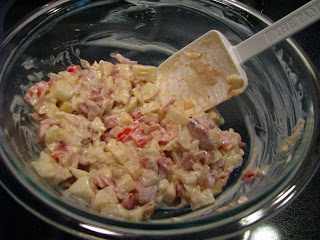 Spray a large pan with cooking spray and place the zucchini on it. 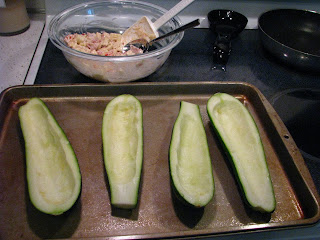 Divide the filling between the 4 halves. 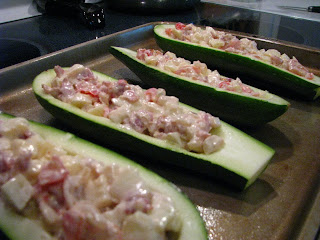 Next, top with mozzarella cheese (next time we’re going to try a smokey, aged cheese of some kind). 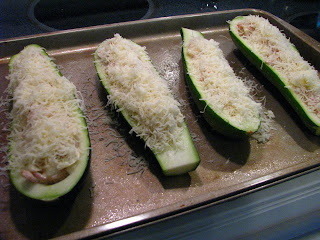 Bake in a 350 degree oven for about 20 minutes and then turn the broiler on for about two additional minutes or until the cheese is slightly browned.  Top with some parsley if you have some (I didn’t) and enjoy!!! 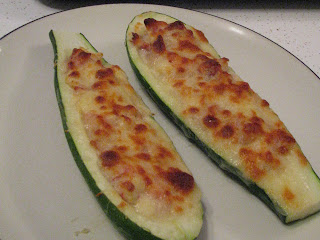 Have you tried stuffed zucchini before?  If so, what did you stuff it with?  Any ideas on a good smokey cheese that would be good on these???  If so let me know!