So my garden has been going crazy, which is a good thing, I just wish there were more hours in the day!  The below picture is what I have picked a couple of times now.  I think that my peppers are getting close to being done, but my tomatoes are just starting!  I’ll do another post soon about what I have been canning and the recipes, but this post will be about what I have been putting in the freezer. 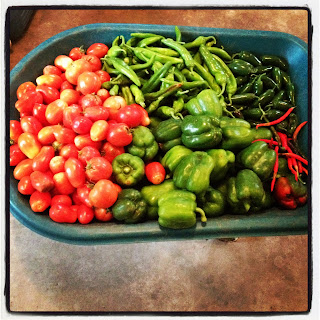 I had a lot of jalapenos ready at the same time a few weeks ago, so I decided to make jalapeno poppers and then freeze them for later use during tailgating season this fall.  I called up a good friend of mine to see what her husband puts in his poppers (they are sooooo yummy).  And it was very simple:
Bacon-Wrapped Jalapeno Poppers
Ingredients
Jalapenos
Bacon
Cream Cheese
Shredded Colby Jack or Cheddar Cheese
(I’m not listing amounts because it all depends on how many you want to make, but I did about 7 1/2 dozen jalapeno poppers and that took three packages of bacon and 3 packages of cream cheese.)
﻿ 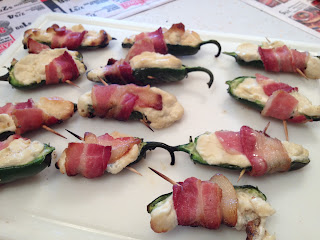 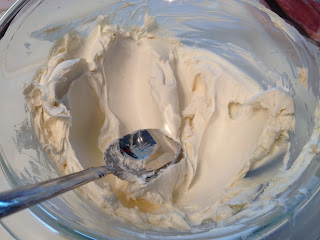 Then cut your slices of bacon into thirds and set aside. 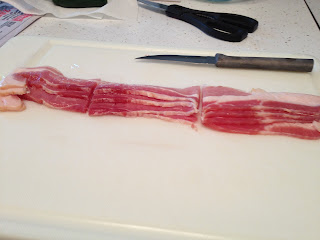 Slice each jalapeno in half and scrap out the seeds and the membranes (I would definitely recommend wearing gloves for this).  I found that using an apple corer worked really well otherwise just a simple knife and spoon works good too! 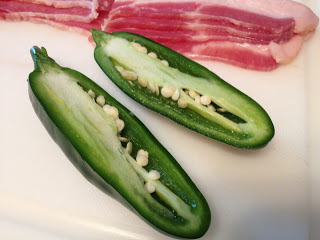 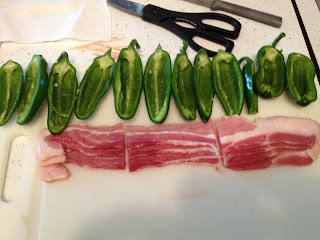 Next, spread the cream cheese mixture onto each of the jalapeno halves. 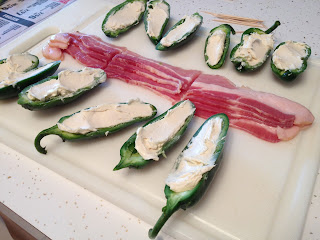 Wrap each one with bacon.  You can use a tooth pick to secure them if you are going to grill them right away.  But I found that for the most part the bacon stuck to itself so I didn’t need to use the toothpicks on the ones that I put into the freezer. 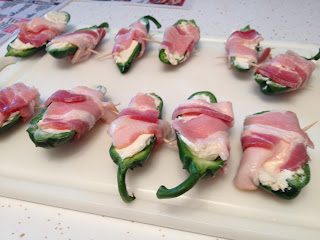 Place the bacon-wrapped jalapenos on baking sheets lined with wax paper and freeze them for an hour or so (until hard).  I then placed eight poppers in a Food Saver bag and vacuum sealed them.  Then popped them in the freezer to use at a later date!  ﻿When we get ready to grill them, I’ll probably let them thaw part way and then place them on the grill until the bacon is crispy.  Enjoy! 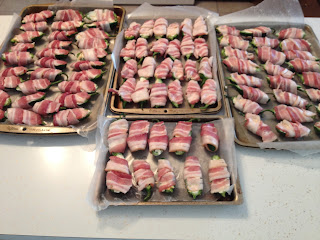 Carrots
With most of my carrots, I (with the help of my sisters) peeled them and then chunked them up into pieces about 2-3 inches long.  Then I blanched them in boiling water for about three minutes.  After that, I threw them into a cold water bath in the sink.  Once they were cooled I vacuumed sealed them using my Food Saver and then placed them in the freezer for later use.  Some things that I will use the carrots in will be soups, roasts, and I will also puree them for baby food when the little one is ready for that next spring. 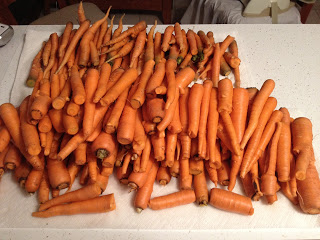 Anaheim Peppers
The other morning, I decided to roast all of the Anaheim peppers that I had already picked from my garden, which was almost nine dozen peppers! 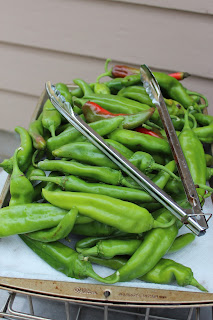 After I rinsed them off, I placed them on the grilled and charred them. 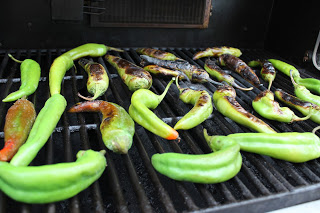 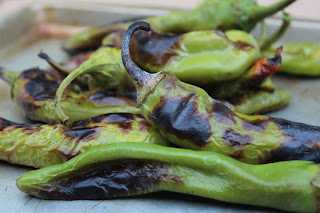 After I took them off the grill, I threw them in a sink full of ice water to cool off. 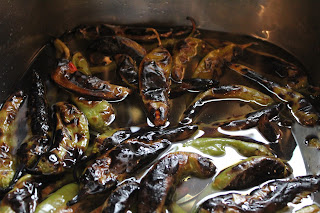 Then I peeled each pepper and pulled off the stems.  I didn’t take out any of the seeds at this time.  I can always do that later when I get ready to use them.

Then I placed about a dozen peeled peppers into a Food Saver bag and vacuumed sealed it. 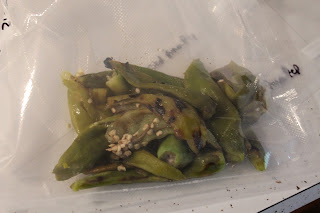 After that, I just popped these bags in the freezer to use later to make green chili, green enchilada sauce or something else! 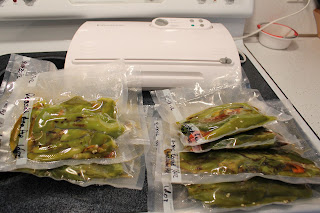 Green Peppers
I had some green peppers that I wanted to use to make stuffed peppers, but I didn’t have the ingredients to make the stuffing.  So I just prepped the green peppers by cutting off the tops and scrapping out the membranes and seeds. 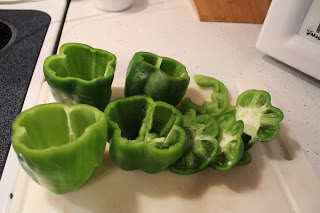 Then I diced up the tops of the peppers and placed them inside one of the green peppers. 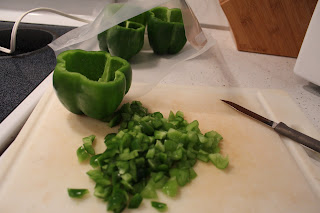 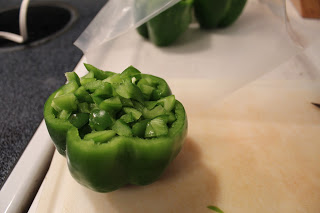 Then I placed four peppers in each Food Saver bag and vacuum sealed them.  After that I just placed them in my deep freeze to use later!  (Note:  I really running out of space in my freezers!) 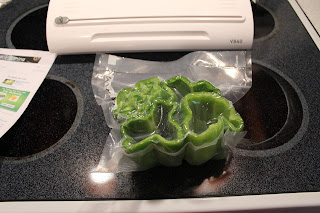 Do you have a garden this summer?  How’s it going?  Have you been putting veggies in your freezer to use at a later date?  Let me know some of your ideas!