Since it is now November and we are only three weeks away from Thanksgiving (crazy!), I thought I’d share some yummy side dishes with you this month that would work great with your Thanksgiving feast.  This first recipe, Kevin found in a cookbook called Corn-of-Plenty by Laurie Woody from Iowa.  It is called “Maple Glazed Squash Rings” and was really easy to make.  You can either cook it in the oven or in the microwave.  I opted for the microwave route since it was getting late and I was running out of time, but I’ll give you both sets of directions below.  Hope you enjoy this recipe!  Kevin thought it was really good and even though I’m not a huge squash fan, I thought it was pretty tasty too!
Maple Glazed Squash Rings
2-4 servings
Ingredients
1 (2 lb.) acorn squash
Salt
Pepper
1 cup pancake syrup
1 apple, peeled, cored and chopped
1 teaspoon cinnamon
2 tablespoons raisins (optional)
Directions
Slice squash into 1-inch thick rings.  Discard seeds. 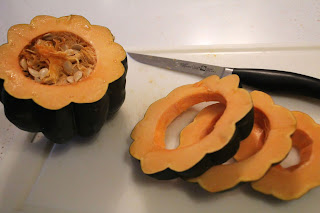 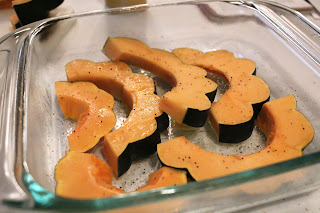 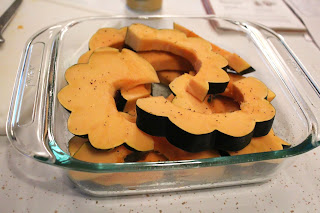 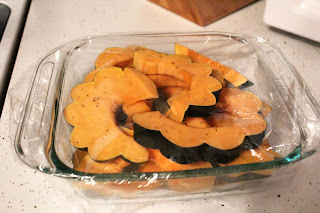 Meanwhile, combine syrup with the apples, cinnamon and raisins.  Set aside until squash is done in the microwave. 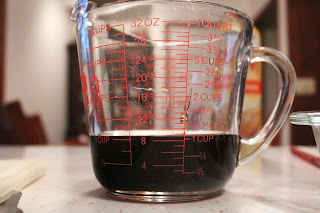 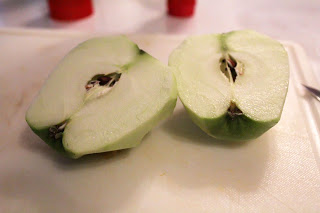 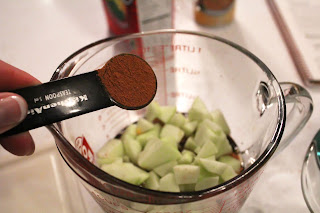 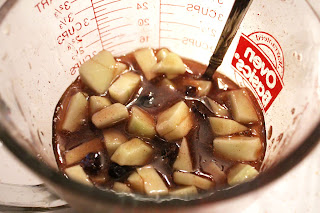 When the squash is tender, remove it from the microwave and set aside. 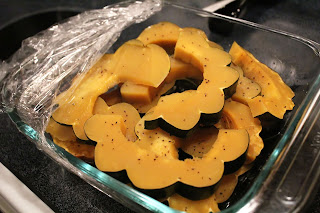 Cook the syrup mixture for 3-4 minutes in the microwave, or until mixture boils.  Stir halfway through cooking time.

Pour sauce over squash.  Heat on high for an additional 2-3 minutes, or until bubbly.  Serve warm.  Enjoy! 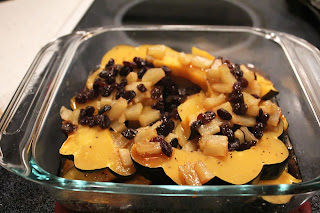