Everyone’s been talking about it all week…the big snow storm.  First it was suppose to start Wednesday night then it got pushed back to Thursday morning then Thursday around noon.  I’ve heard anywhere from 6-18 inches of snow forecasted.  Normally it would be all fun and games to be snowed in, but since we have cattle, we had to get them prepared for the storm.
Kevin wanted to move the cows from across the road, where they were out on cornstalks, to our side of the road where they would have more protection and be easier to feed and water.  We are a few weeks away from calving, but you never know when a big snow storm hits what will happen!
So, first thing this morning Kevin and I headed outside to get the cows moved to our side of the road. 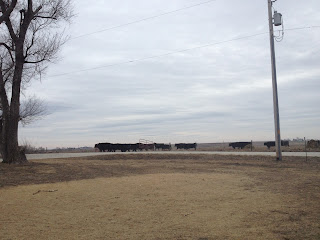 They pretty much know where to go.  Across the road, across our yard and into the back lots. 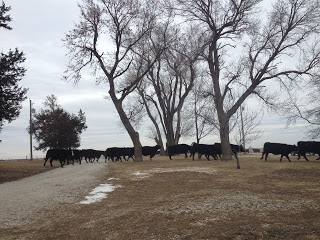 Guess what we found when we were moving the cows!  Our first calf!  She was born yesterday, just in time for the big storm.  She was a few weeks early, but still a nice sized calf. 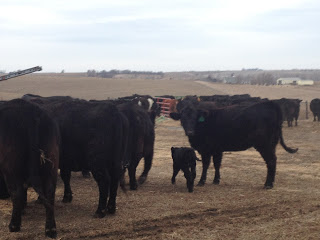 Next up was putting out stalk bales for the cows to use as bedding.  Kevin gave me a crash course in driving the Kubota tractor and sent me on my way.  I have never hauled bales before, but his advice to me was, “You can do it!” 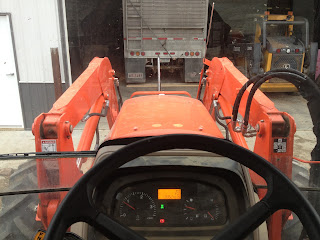 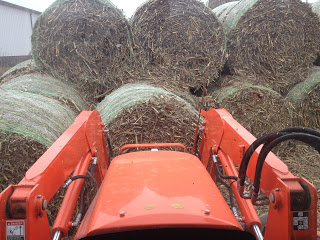 Kevin was in the skid steer hauling bales while I was in the tractor. 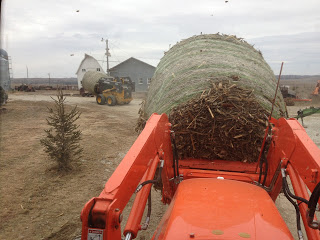 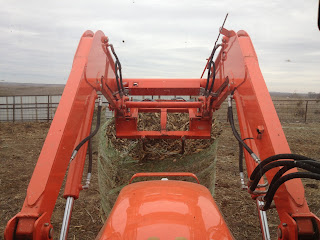 The stalk bales have a netting around them that is holding them together.  Once they are cut open, they start falling apart.  Then the cows push them apart and use them as bedding. 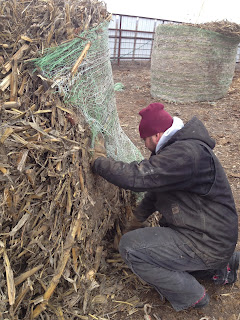 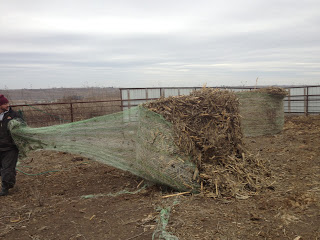 After we put out the stalk bales, we moved onto hay bales.  These are what the cows eat when the ground is covered in snow.  We loaded up both of our big hay feeders and also all the single ones. 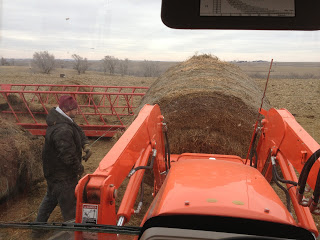 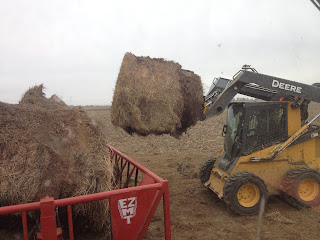 We put out 21 bales total, which should hopefully last through the storm. 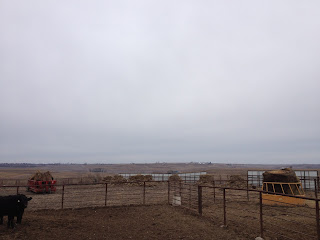 After that, we wanted to get the new calf and her momma in by the barn so the calf could stay a little warmer. 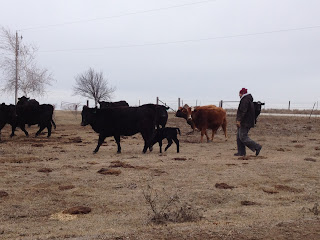 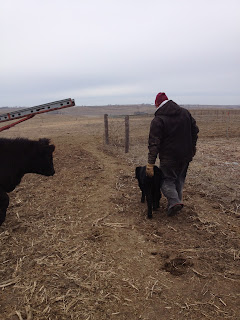 The cow in the background should have her calf any day too (probably right in the middle of the storm). 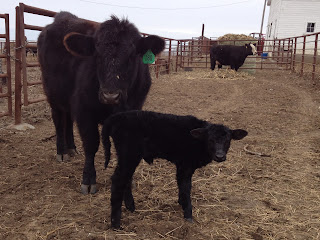 By the time Kevin got finished up outside, the snow was just starting. 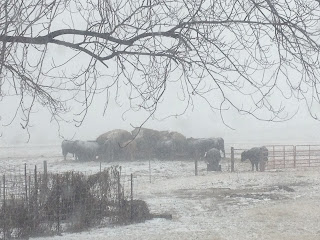 It’s been snowing for a few hours already.  The winds have changed and are now out of the north at about 25 mph.  The temps are at 21 degrees, but it feels like 7 degrees outside.  It’s suppose to snow until tomorrow around noon.  Kevin will have to go back out this evening to do chores and check on all the cows.  It should be an interesting evening!

So that’s how we are spending our “snow day”.  How are you spending your’s?

Check out how some other CommonGround volunteers prepared their cattle for the storm at Lady of Ag and New to the Farm.