Oh, where has April gone!?!?  I can’t believe that it’s going to be May next week!  The last few weeks I’ve been really busy with work and family and we had some good friends from South Dakota come and visit for a weekend.  These are friends that we have met at the Commodity Classic over the last few years and became really good friends with.  We always talk about getting together sometime during the year other than just at the Commodity Classic, so since planting is going to be late this year and they still had a lot of snow on the ground, they made the trip down to our place.  It was great to see them and we had a fun time together!  AND they had a great surprise when Tyler and Amy showed up too! 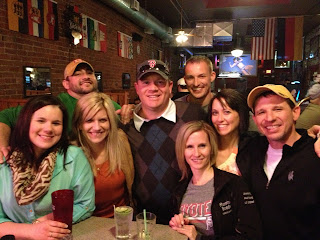 AJ just turned five months old last Friday, so he’s gotten to try out some rice cereal and a few vegetables and fruits so far.  He seems to like rice cereal mixed with applesauce and also green beans the best. 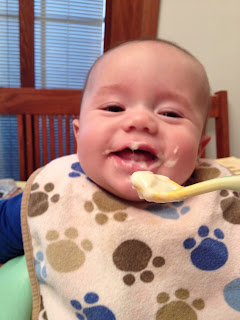 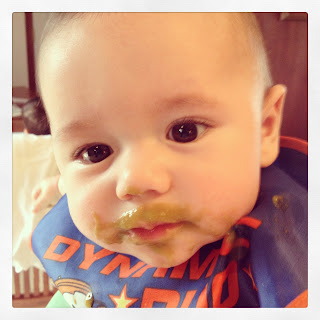 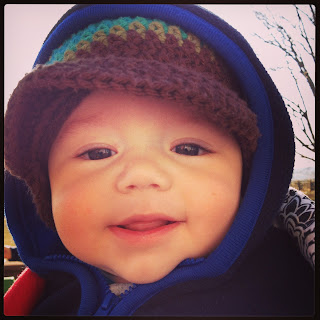 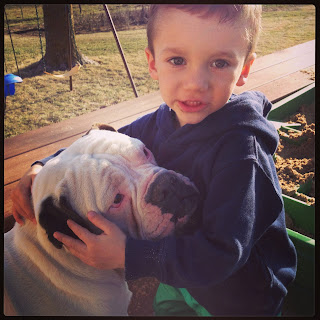 It’s now been raining quite a bit over the past week.  We’ve dumped out over 5.75 inches of rain from our rain gauge and there was another .75 in there after work today and it’s still raining outside.  There is a chance of snow overnight tonight and then it’s suppose to warm up to the mid-70s by this weekend!  I can’t wait!
Kevin’s itchin’ to get in the field and I have a LOT of yard work to do.  I’m still trying to decide if I want to have a garden this year.  I had decided to not have one, but Kevin wants me to plant some stuff.  The only thing is that it’s usually me who has to do all the weeding and picking and with a baby this summer, I’m thinking it might be more than I can handle.  But we’ll see!
They’ve been trying to apply nitrogen to our fields over the past week, but keep getting rained out.  (Read about why we put nitrogen on our fields here.)  Kevin’s almost always been planting by the time his birthday rolls around (next week), but we’re not sure if it will happen this year!  The ground is pretty saturated right now (which is good, we needed it!), so we’ll have to see how fast it dries up. 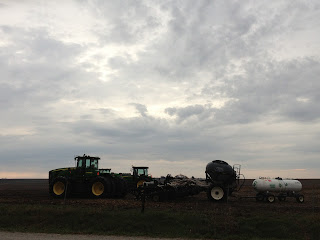 We’re still calving, only have a few more to go.  This little guy was born today.  I guess a rain shower is better than a snow shower!  Hopefully we’ll see some sunshine soon! 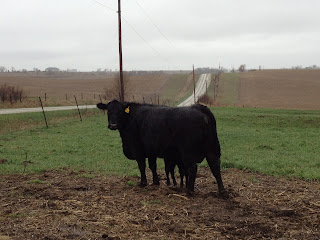 AJ is really getting expressive and really likes to play with his brother.  HD can always get him to laugh.  It’s pretty funny!

This past weekend, Kevin took HD to the Iowa State Spring Game to watch his cousin play football.  I decided to stay home with AJ since it was only suppose to be in the 40s.  It actually ended up being pretty warm for the boys while they were there and they had a great time! 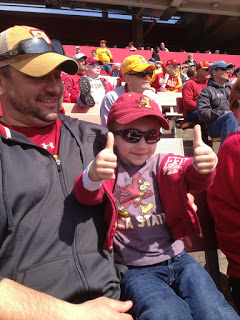 We’re starting to work on sitting up.  AJ still falls over some, but it won’t be long before he can do it by himself!  Time is just flying! 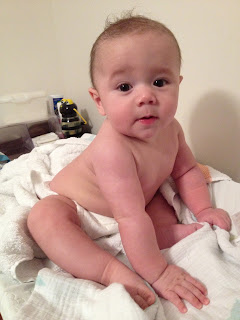 Hope you are all having a great spring so far and hopefully we’ll all see some warmer temps pretty soon!