The Iowa State Fair was a great time again this year!  It went from August 8-18 and we made it there two different days.  The first trip was on the first Saturday of the fair.  Kevin was out of town, so I asked his parents if they wanted to go with the boys and I.  My sister, Morgan, went along too!  It was her first time and she loved it!
The weather was perfect and the boys were troopers.  We arrived around 11am that morning and didn’t leave until 6:30 that evening!  Considering we had a 9 month old and a 3.5 year old and it was a long day, they boys did great!
We took the stroller for AJ, but he preferred to have Grandpa Greg hold him for almost the entire day!  He was so alert and just loved looking around and seeing everything! 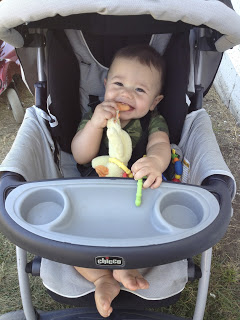 HD loved seeing all the animals, fish and collecting rub-on tattoos.  He only ended up with five on his arms, but he could have had a lot more! 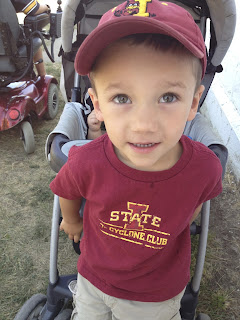 There were many new foods at the state fair this year.  Most of them were either on a stick and/or fried.  As soon as we got to the fair we had to eat something.  After seeing it mentioned in the newspaper, we had to find the new food called Deep Fried Sweet Corn Corn Dog. 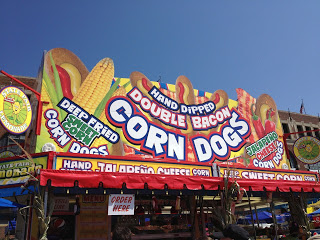 It was a normal corn dog, but they added sweet corn to the batter.  Then it was topped some more sweet corn and served with a side of honey.  It was delicious!  I never thought I’d dip a hotdog in honey, but it was so good! 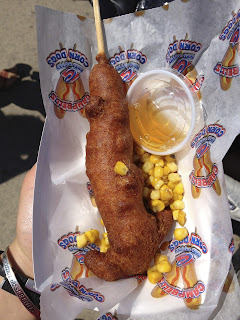 After we ate a few corn dogs, we took off walking all over the fair. 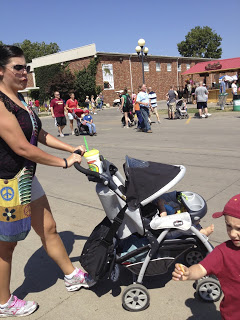 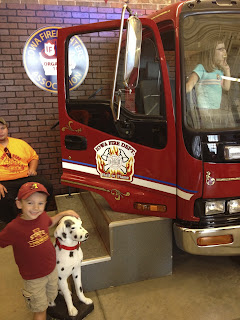 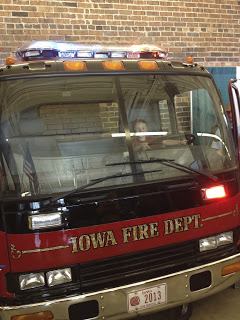 Of course we had to stop and see the butter exhibit!  This year’s theme had to do with Abe Lincoln and the Lincoln Memorial Highway.  The below pictures are solid butter! 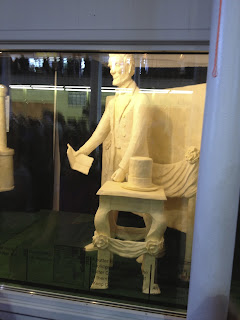 Every year there’s always a butter cow on display.  (That’s a lot of butter!) 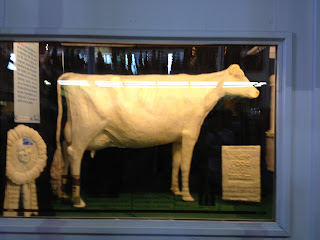 After that, we had to go get a ice cold dill pickle from the general store.  These pickles are huge and delicious.  HD ate almost the entire pickle himself.  He loves them! 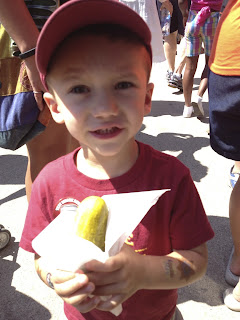 Then we went on to the birthing barn to see all the baby animals.  AJ liked the baby goats. 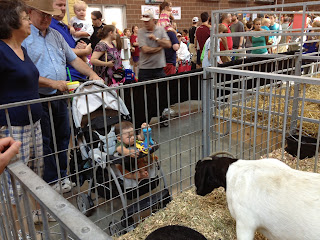 In the same building was the “Thank a Farmer” Magic Show.  It didn’t start for about 20 minutes, so we staked out our front row seats and Grandpa fed AJ. 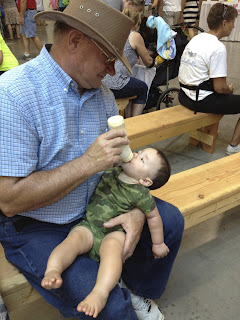 Another item that you have to get at the state fair is fresh squeezed lemonade! 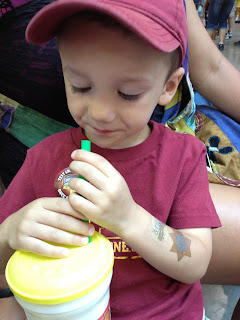 When the magic show started, HD was having a great time.  Then all of a sudden Rhonda, the magician, called him up onto the stage to be her assistant!  He did great!

After that we walked around the fair some more. 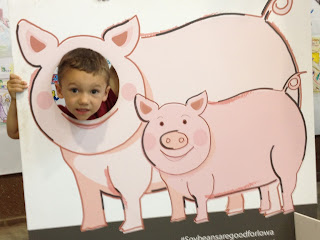 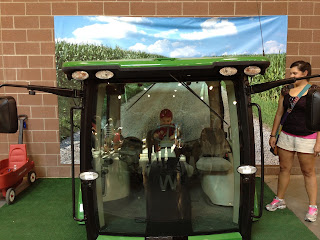 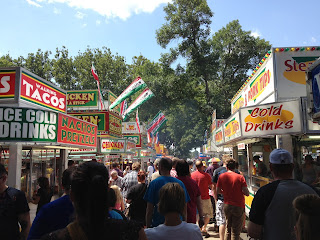 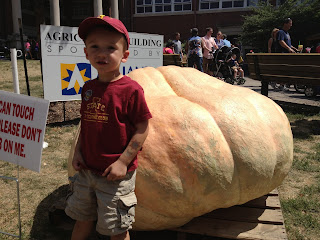 Then I had to head over and work at the Iowa Food and Family exhibit for a few hours. 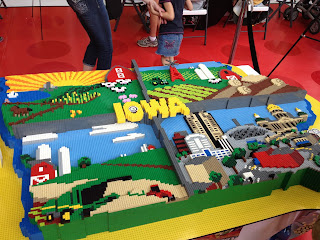 HD somehow talked Aunt Morgan into buying him this crazy squid hat!  It has lights on it that flashed and it is pretty crazy in the dark! 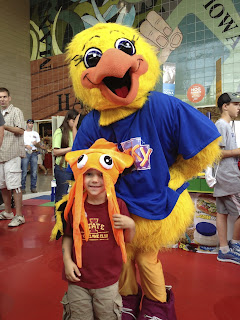 Before we left the fair, we bought a bucket of cookies.  They were straight out of the oven and so yummy!  We all had a great time that day and can’t wait to go back next year! 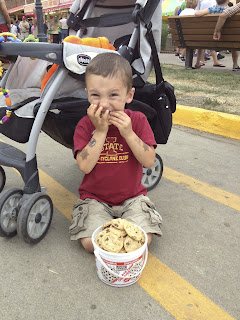 If you have never been to the Iowa State Fair, you need to go!  It’s suppose to be one of the best, if not THE best state fair in the country!  Mark your calendars for next year!  It will be August 7-17, 2014 in Des Moines, IA!