Is it really June 30th?  How can that be?  This month was literally a blur.  I don’t know if I can even remember everything that we did or that happened this month without looking back at my calendar.
To begin the month, it started out pretty easy going.  June 2nd Kevin was out of town for a meeting so the boys and I watched a movie together. 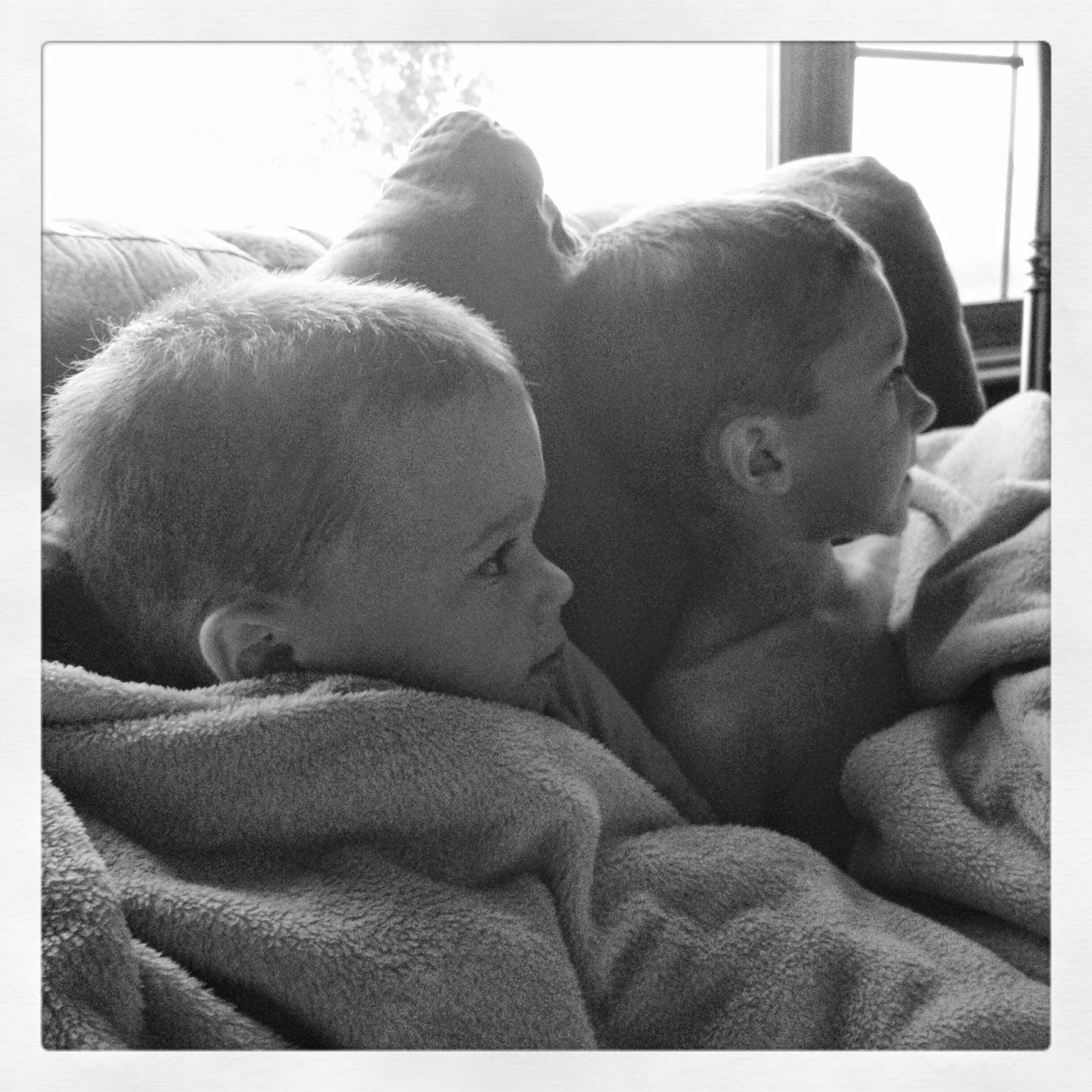 The next night was a different story.  The weathermen had been talking about strong storms for that Tuesday (June 3), so we were somewhat prepared.  Luckily I was able to get Kevin on an earlier flight home that day otherwise he wouldn’t have made it home that evening. 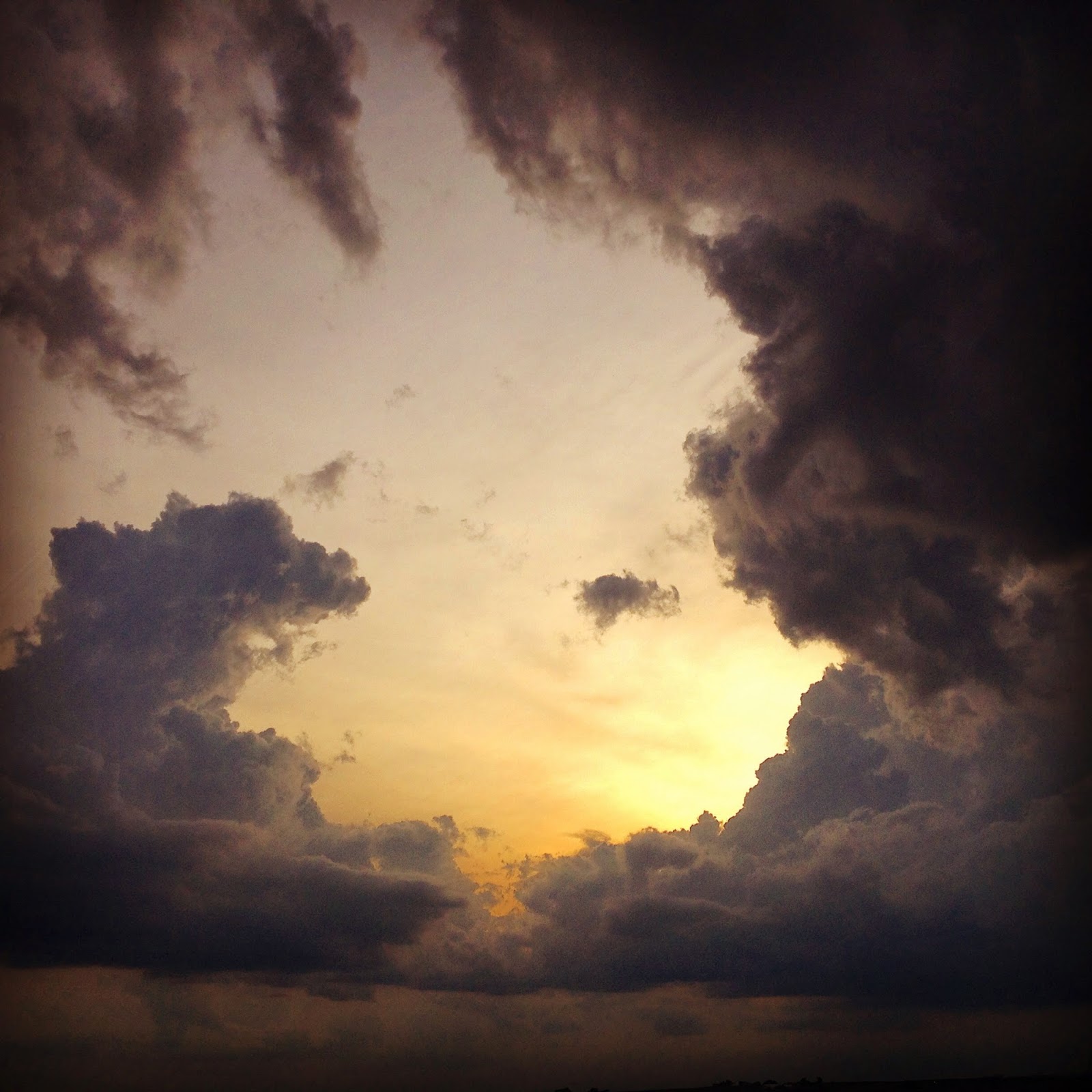 The storm (Round 1) moved in about 4:30pm.  By a little after 5 the first part was over with.  We had taken cover downstairs and that was probably worst storm I’m been through in a very long time.  We had 100+ mph straighline winds, large hail, heavy rains, and some tornadoes in our area.  The boys didn’t know anything was going on really.  We had a picnic in the basement and now every time it looks like it’s going to storm Hudson asks if we can have a picnic in the basement. 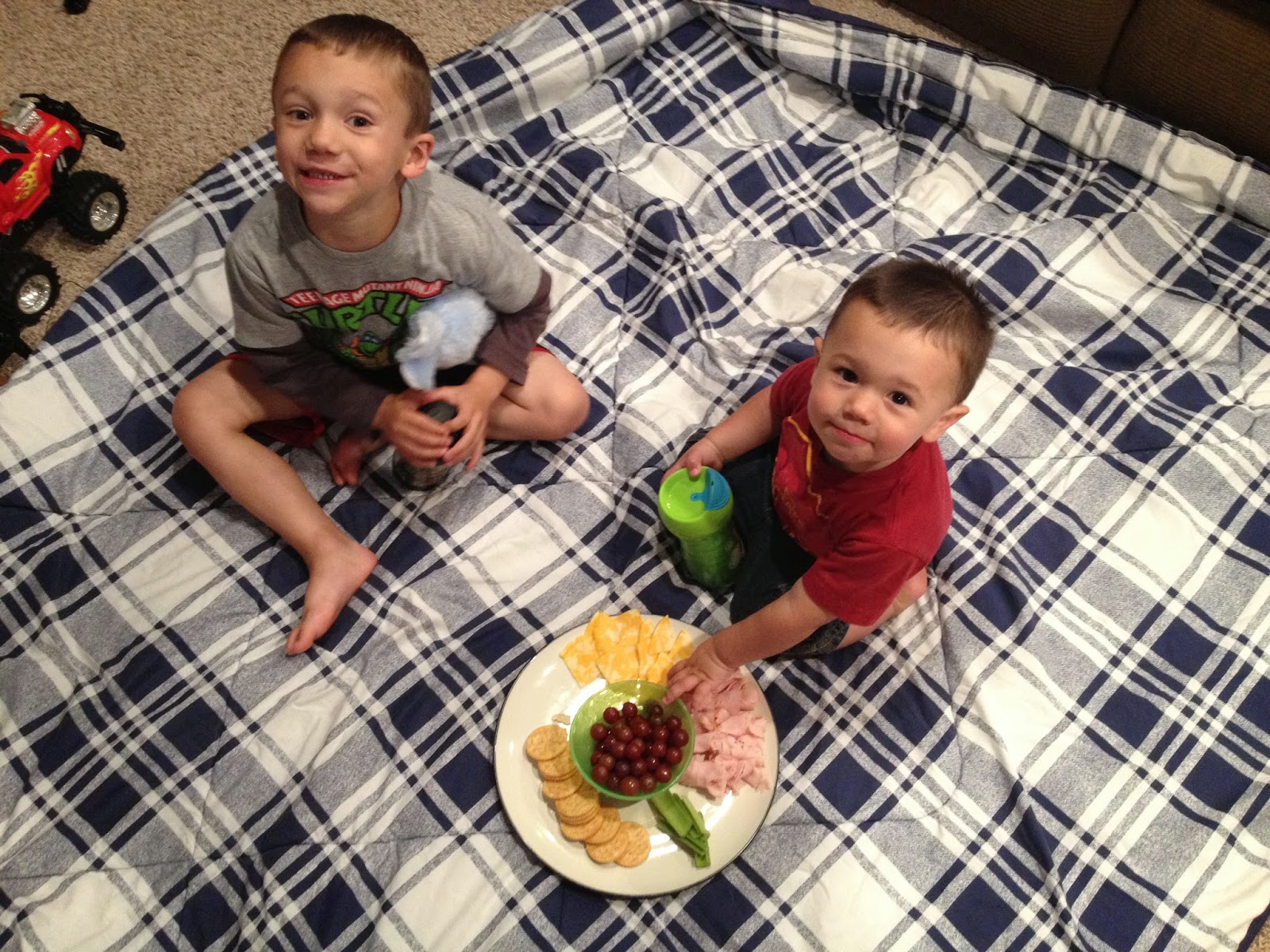 The rest of that week we spent cleaning up our place and helping out some at Kevin’s parents.  We also bred some of the cows and heifers in there. 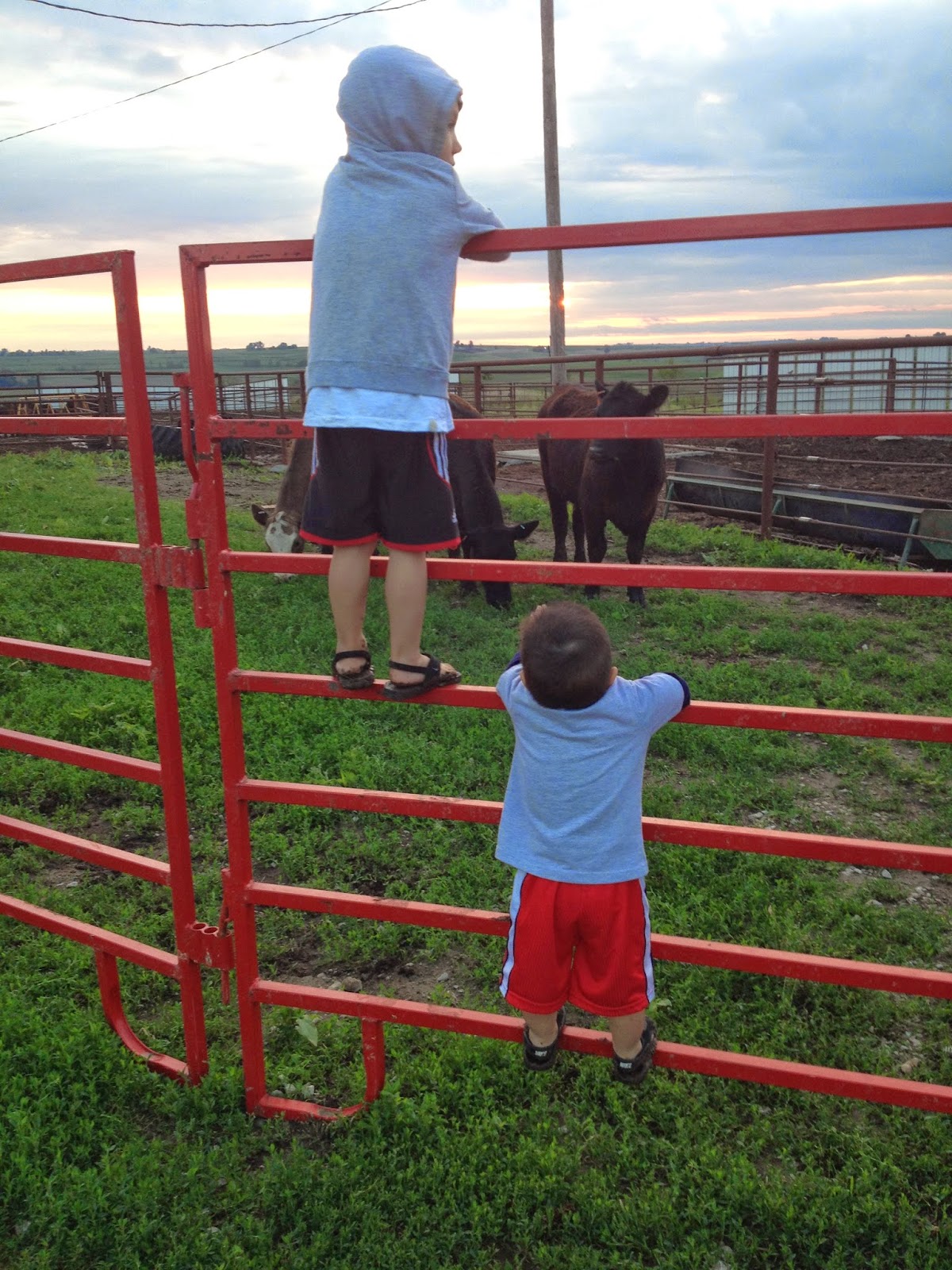 The second week of June Kevin had National Corn Grower Meetings and my mom came to help out with the boys.  They are usually pretty good about sharing, including their apples! 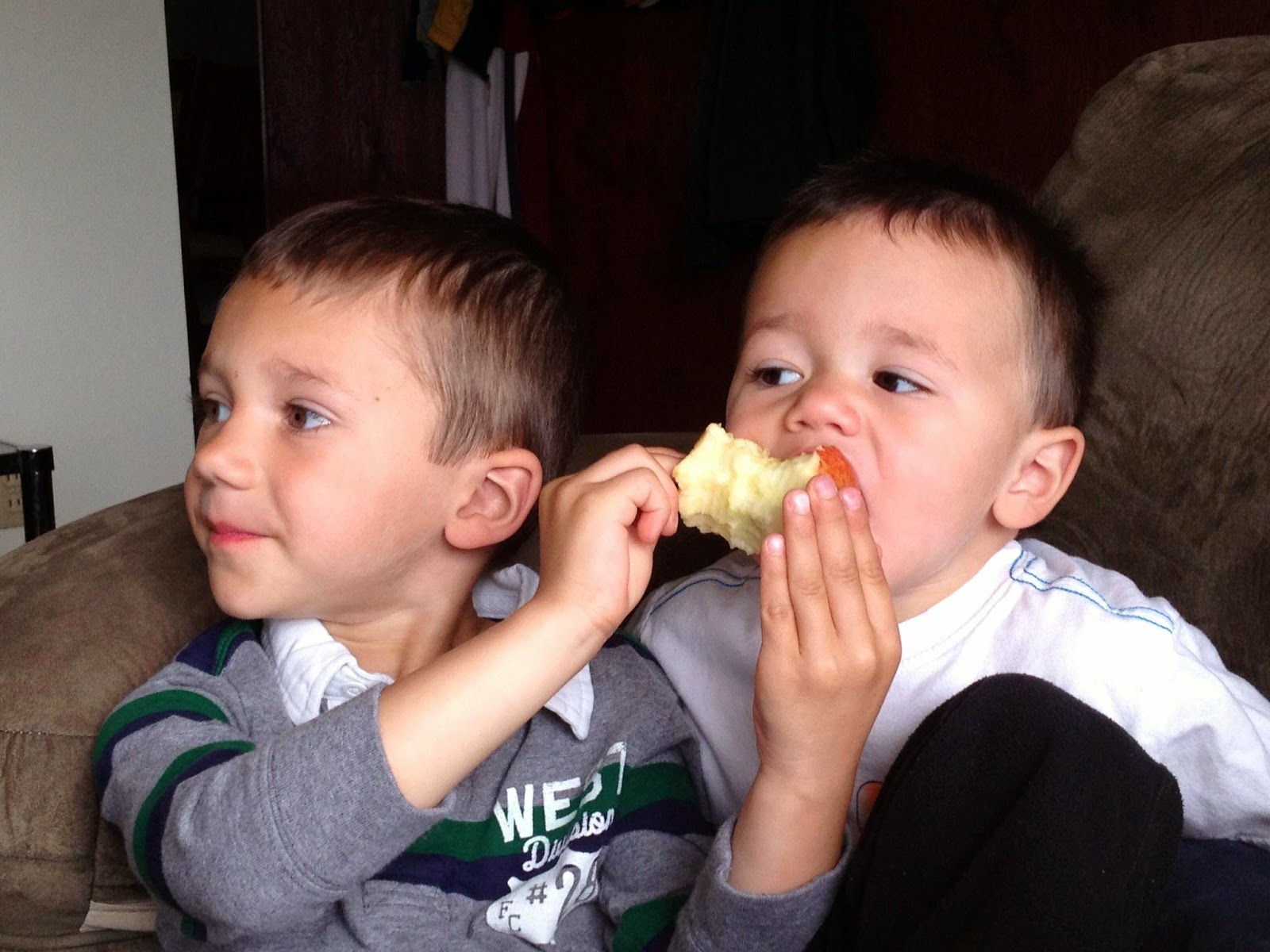 Then the last half of the month Kevin headed over to China to represent Iowa farmers and promote U.S. agriculture.  While he was over there, the boys and I headed to my parent’s for a few days to hang out on the water. 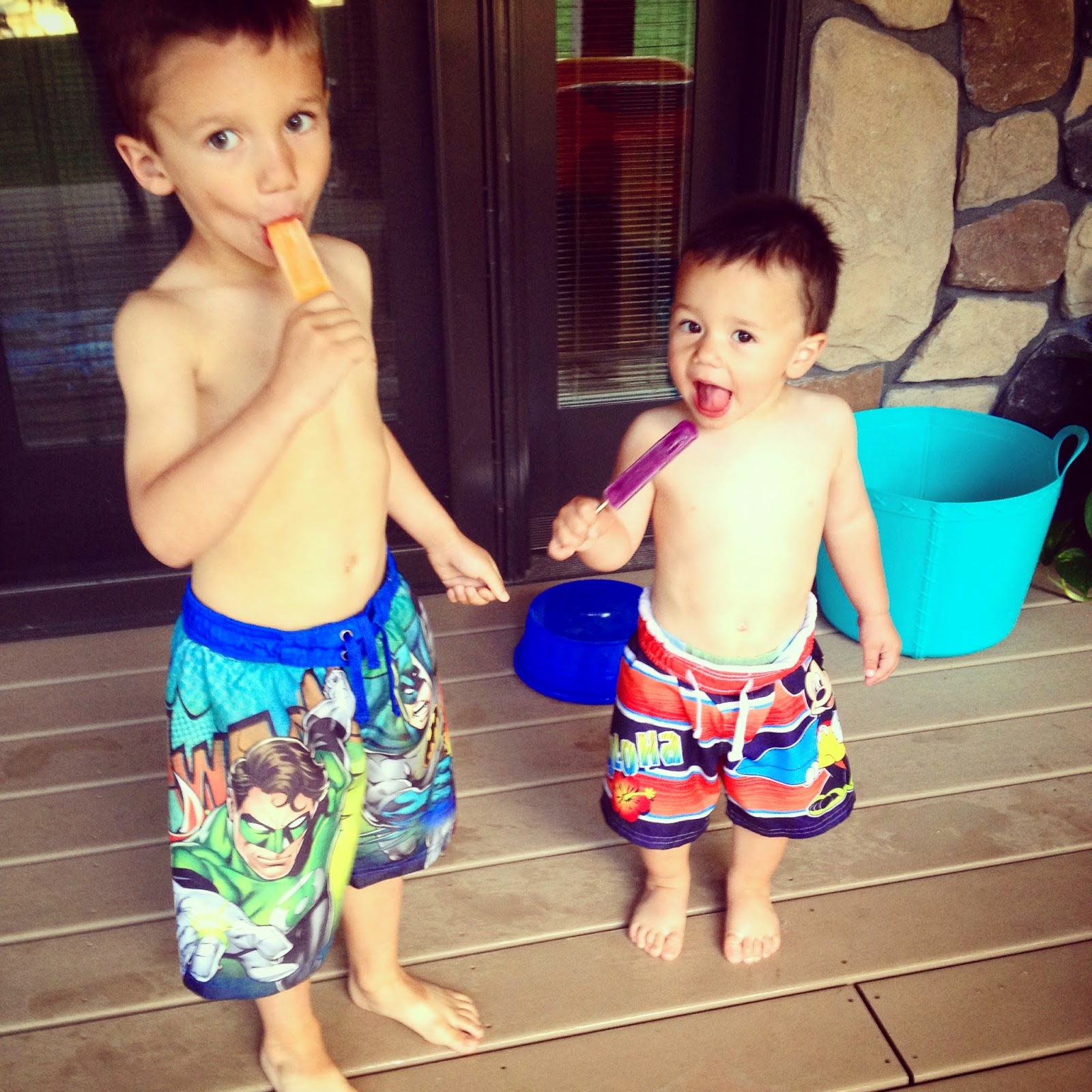 The weather was really nice and we got to go out on their boat.  Of course both boys wanted to help Grandpa drive! One evening last week I met my family in Lincoln to go out of dinner and to see the Michael Jackson Immortal World Tour by Cirque Du Soleil.

This last Saturday I ran my first 10K with my sisters in Omaha.  Hudson came along too and ran his first 1 mile race.  There were five kids that ran, he was the youngest, and he did a great job! 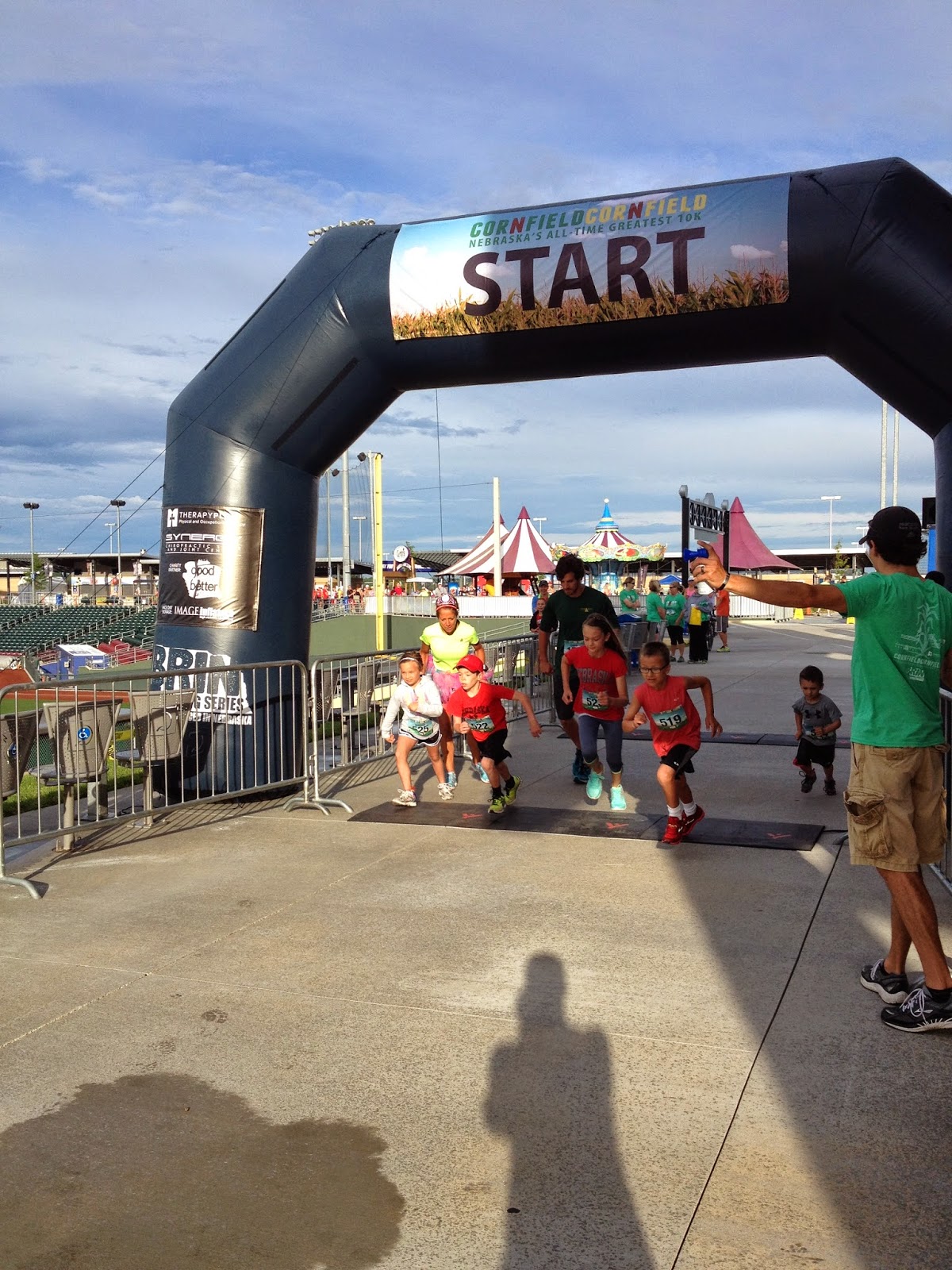 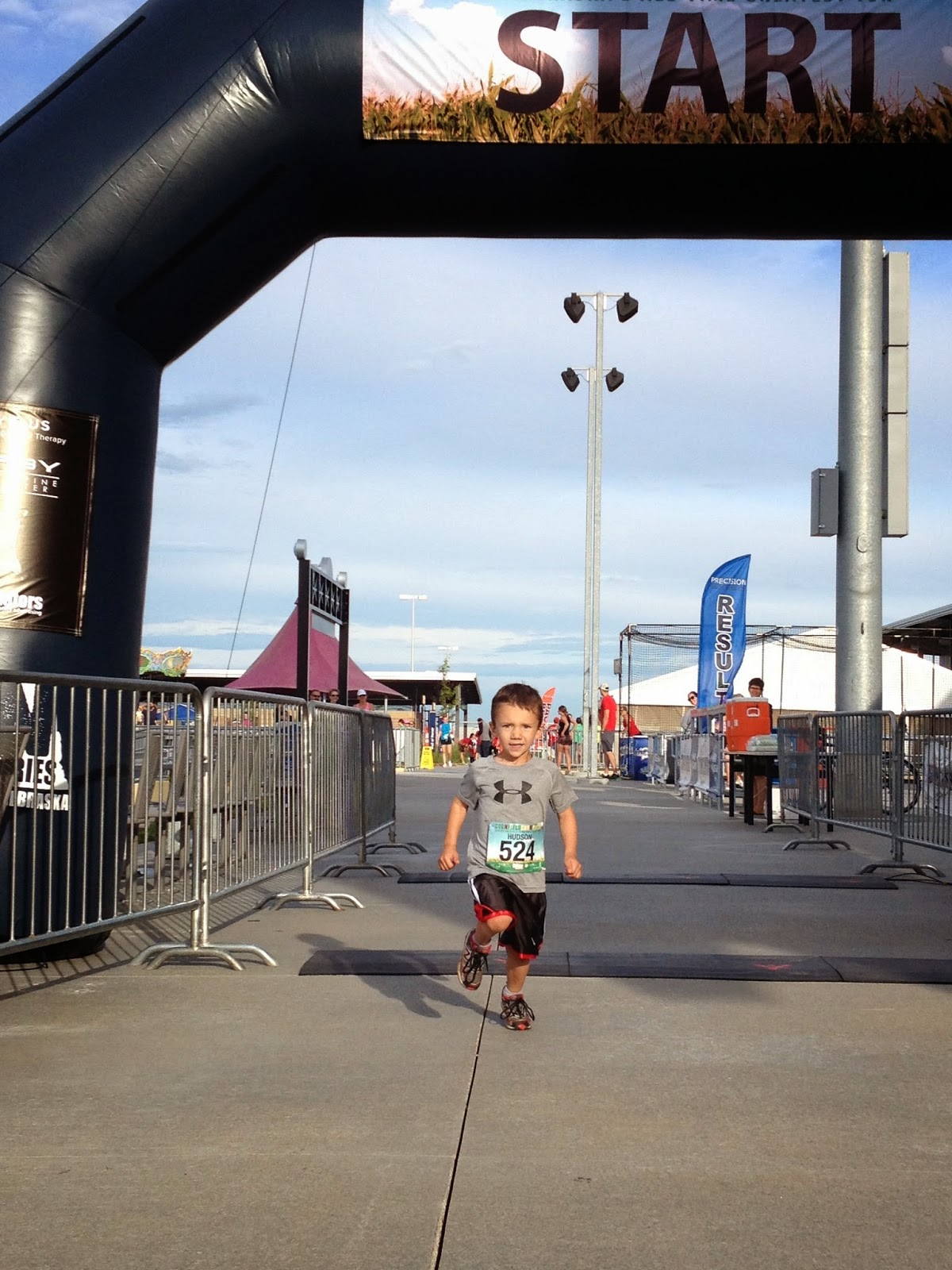 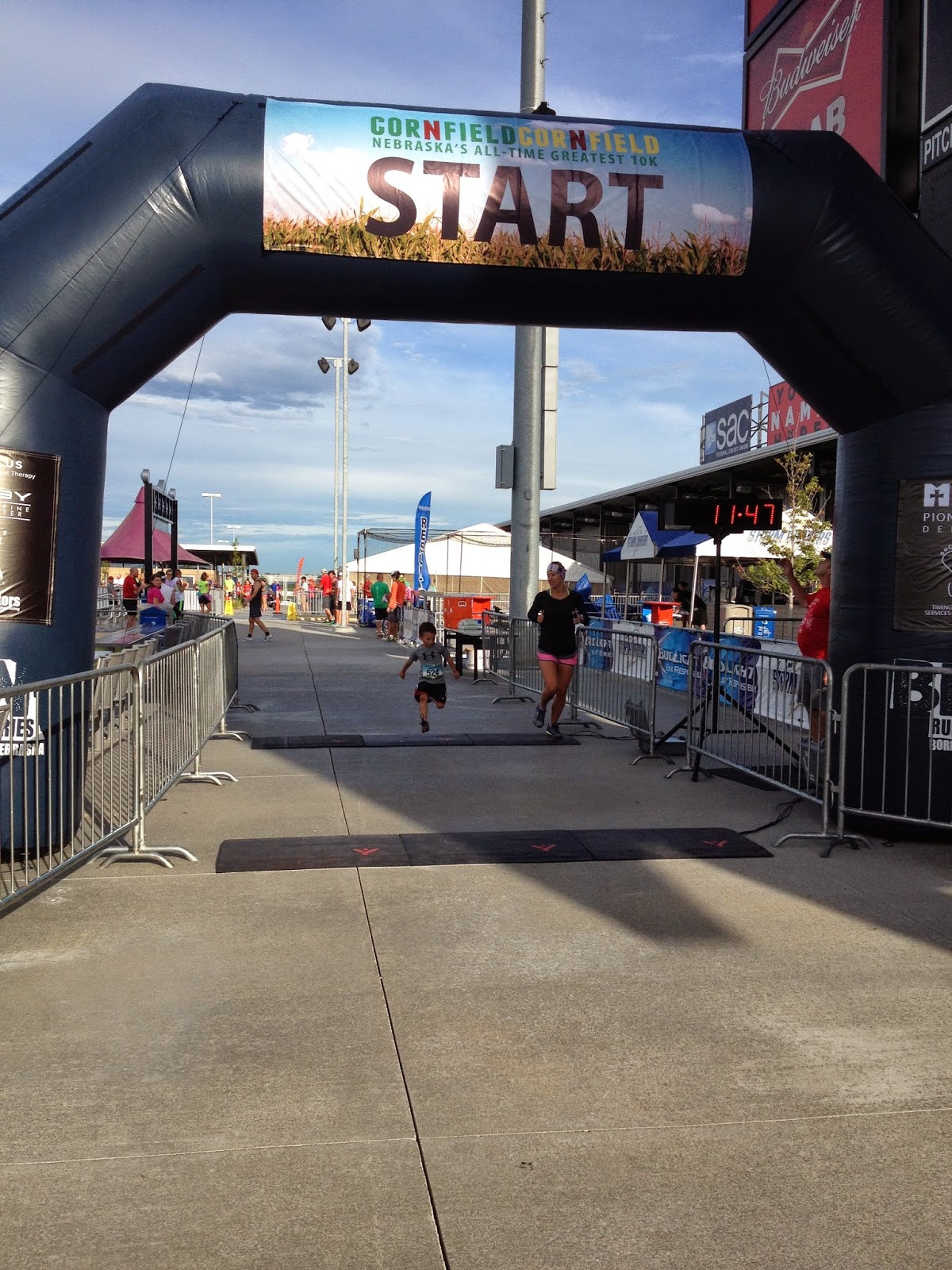 He was so excited when he received a medal at the finish line! 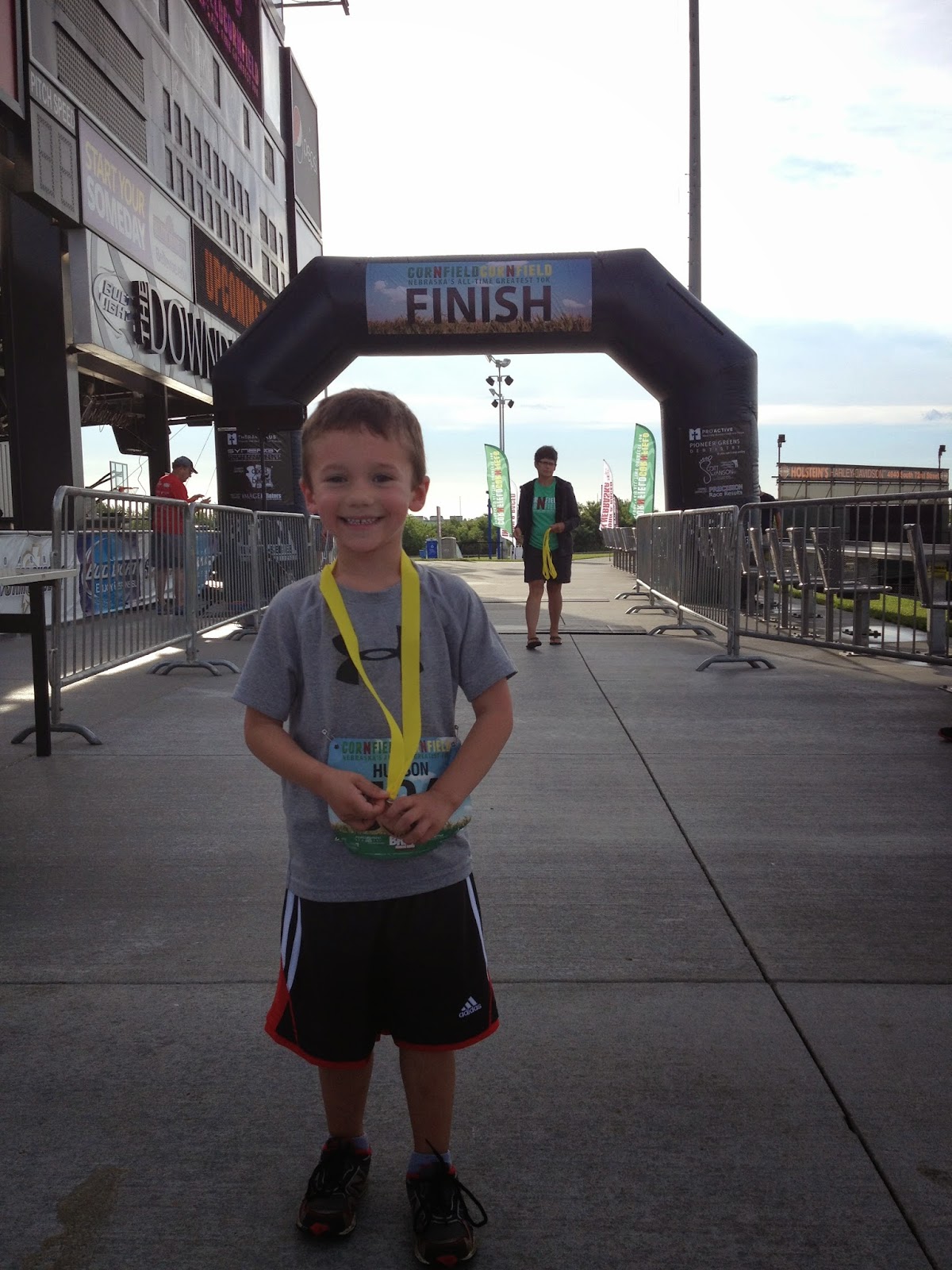 I was just so excited to finish!  My goal was to not walk at all and I managed that.  It really wasn’t as bad as I thought it was going to be.  I’m sure my sisters will talk me into another one sometime soon! 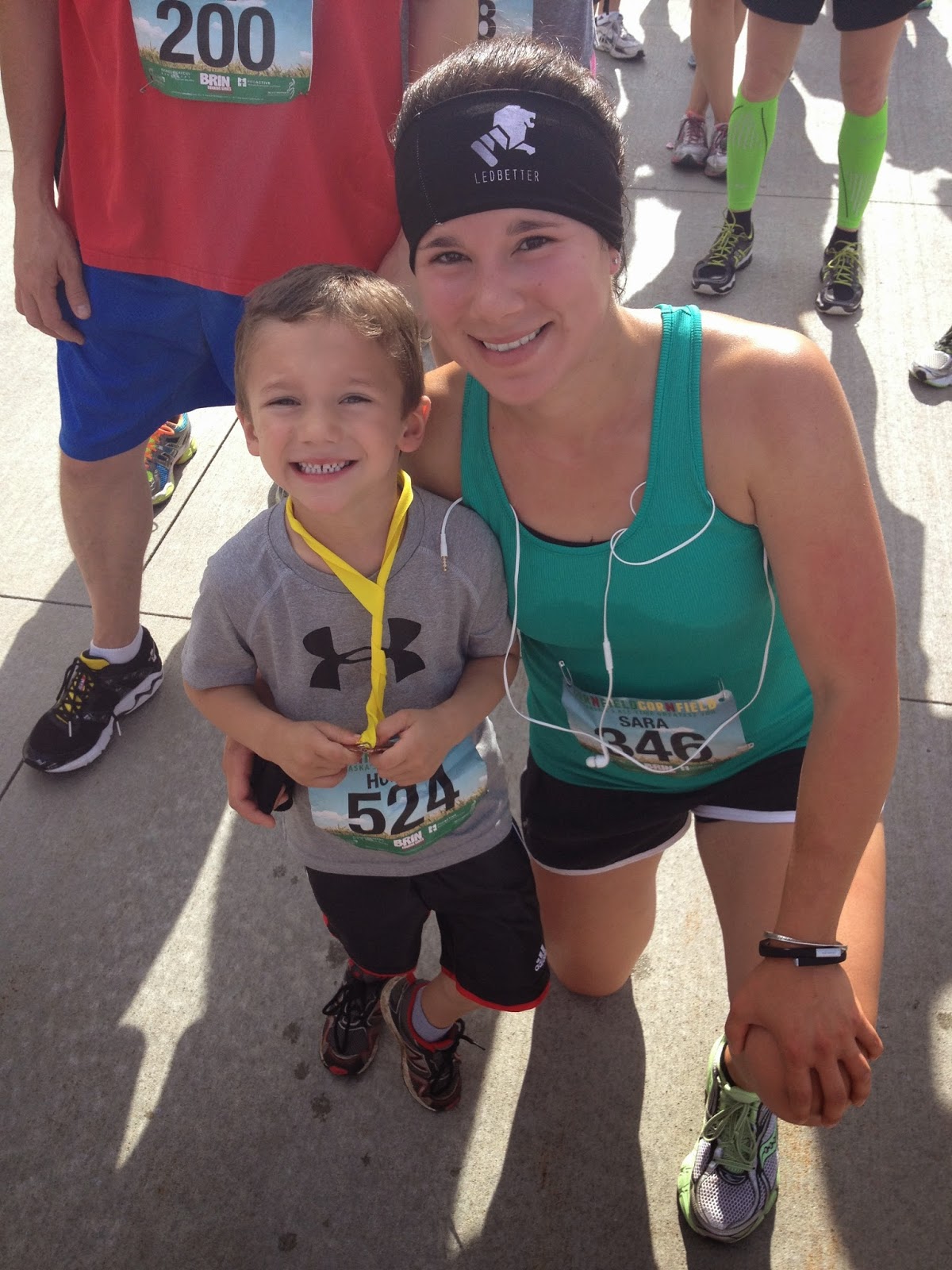 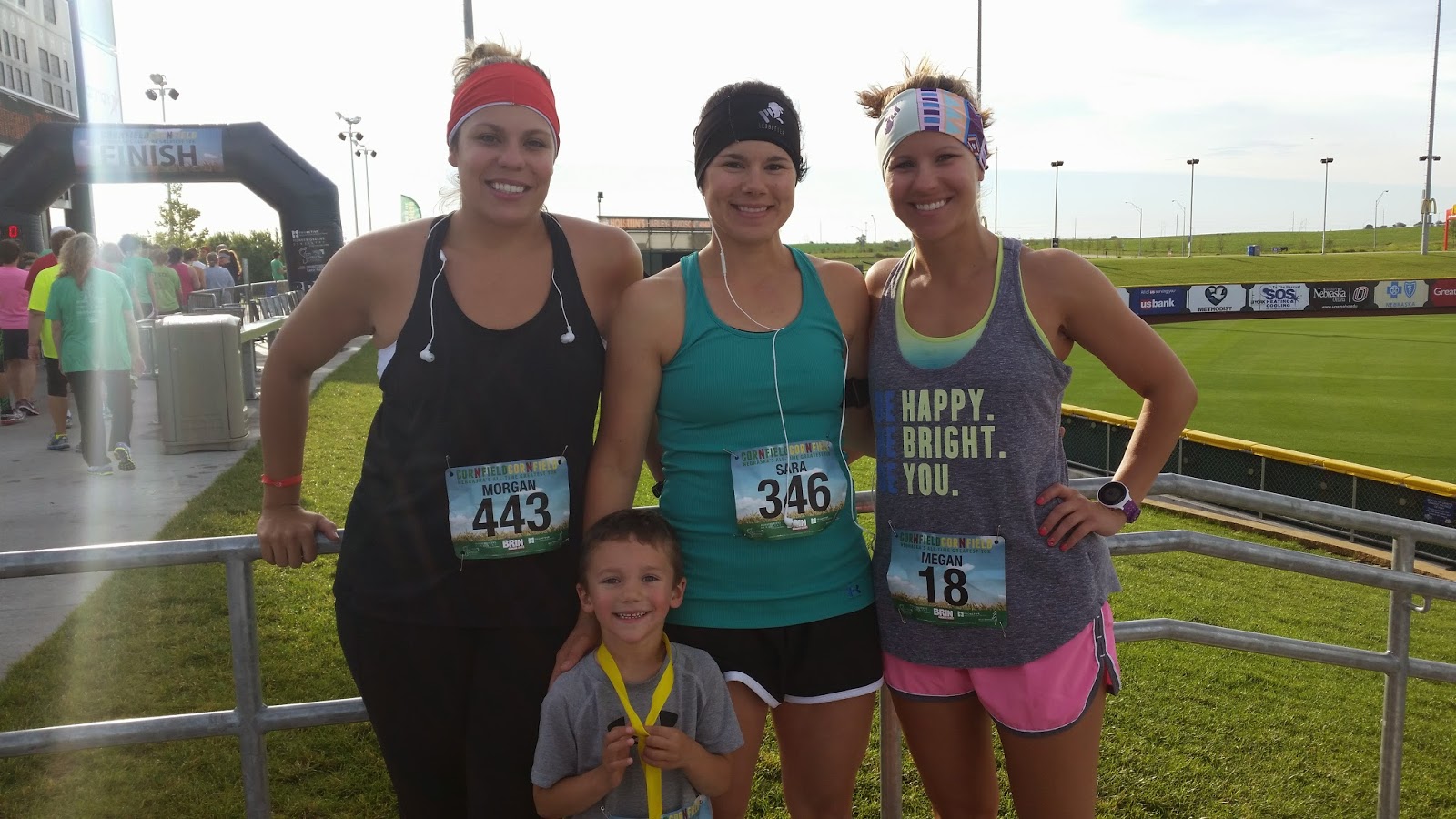 And that leads us to yesterday when we met Kevin at the airport.  I can definitely say that we all missed him very much!  The boys were pretty much attached to him the rest of the night! 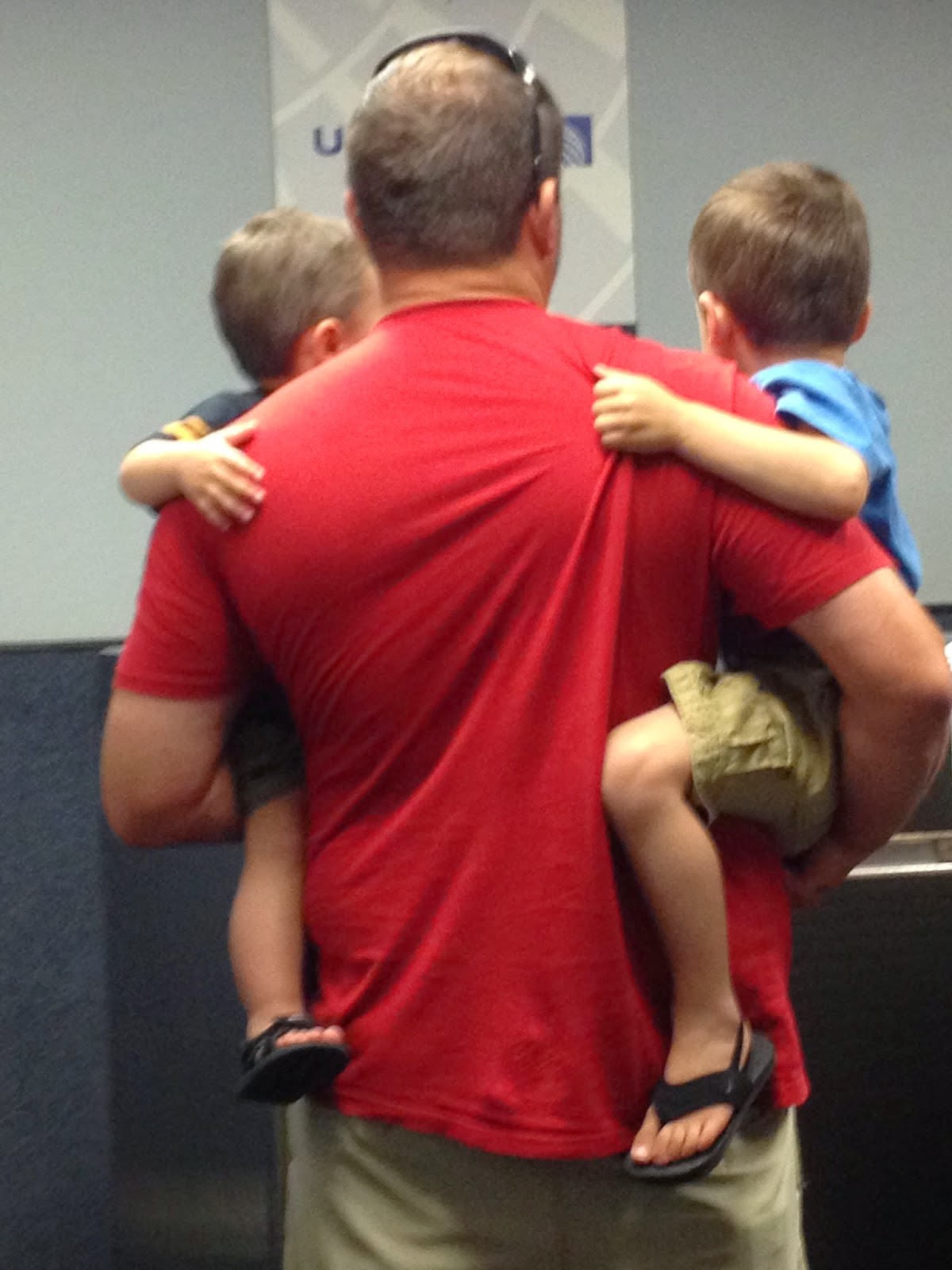 And here we are, half way through the year.  Crazy!  If the second half goes as fast as the first half, all I’m going to have to do is blink my eyes and it will be Christmas time.  And I don’t even want to think about that yet!  Hope you all had a great first half of 2014!  Looking forward to what the rest of the year brings!