Oh, December!  Where did you go?  The years just go by faster and faster.  I love the holiday time, but I also feel that it’s very stressful and busy too.   The boys were really in to the whole Christmas countdown this year, so that was kind of fun!  We did have a Christmas tree issue which had me decorating and undecorating our tree twice this month, but it all worked out!  Below are some of my favorite pictures from the month. 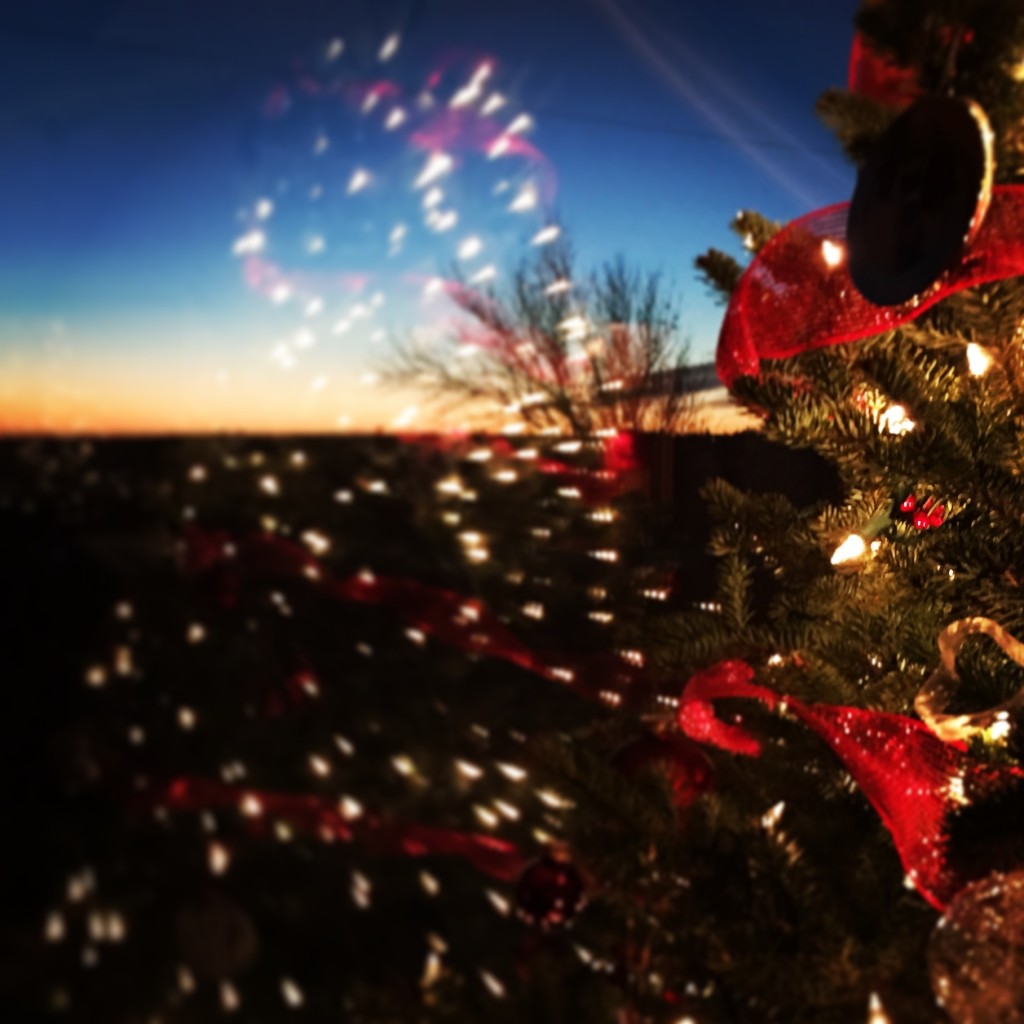 Beautiful real spruce Christmas tree with sunrise in the background. 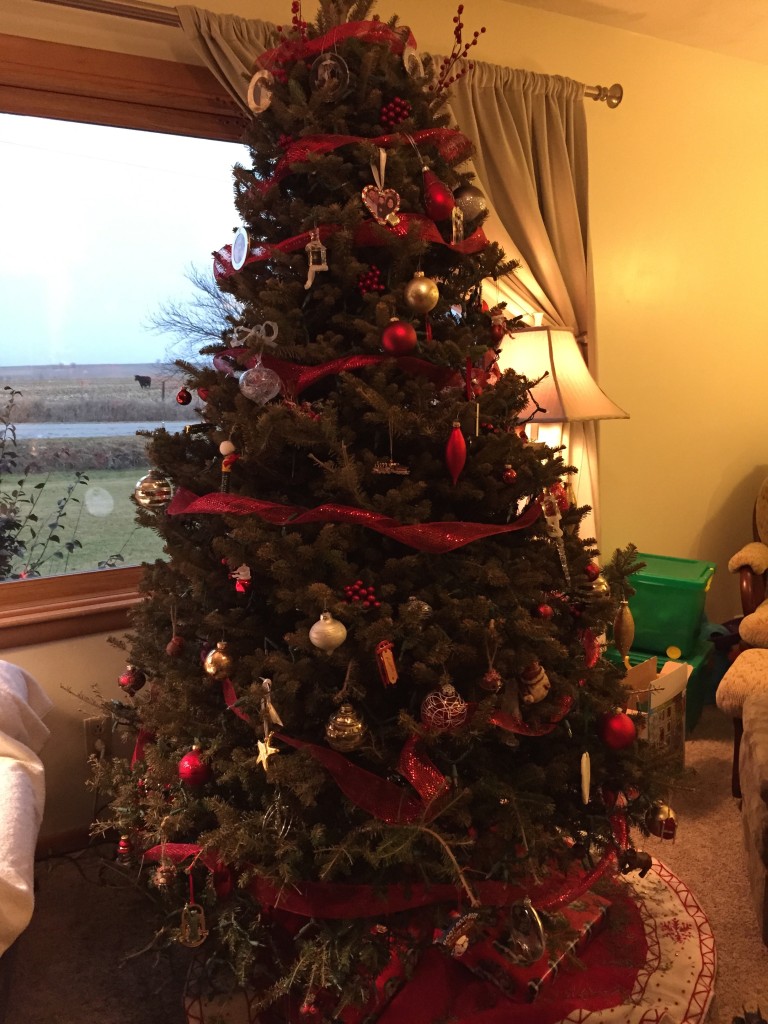 And then the real Christmas tree died. And it wasn’t due to lack of water! I promise! 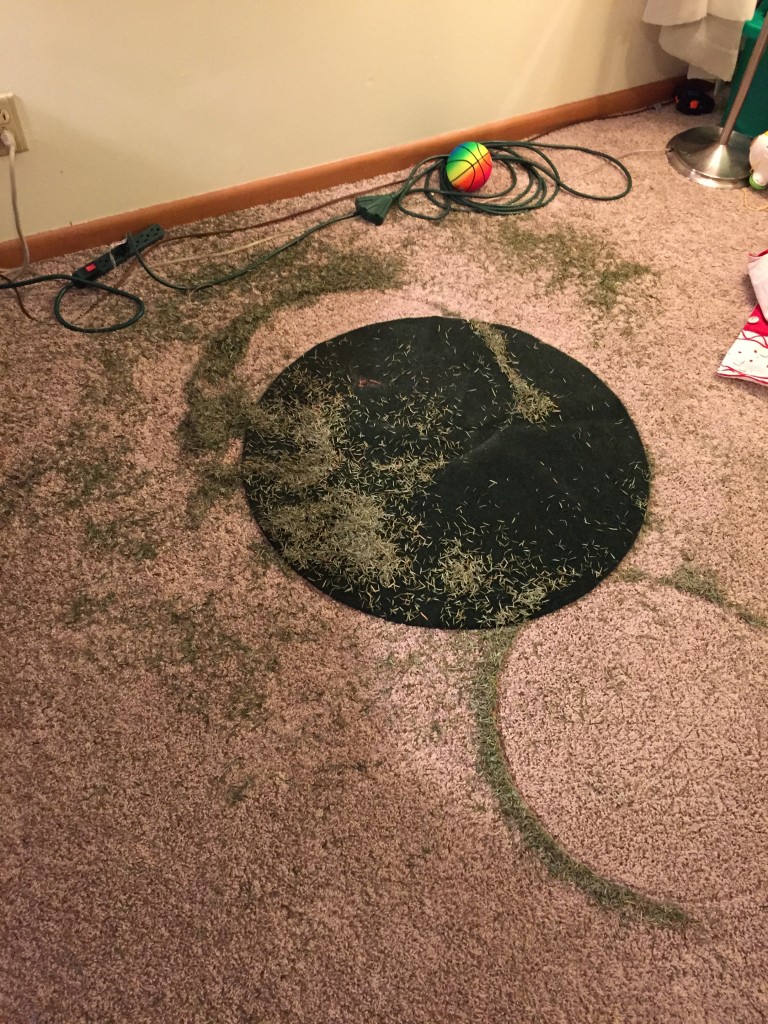 So Hudson and I undecorated it and hauled it outside. What a mess! Luckily we had a tree bag around it to catch most of the needles! 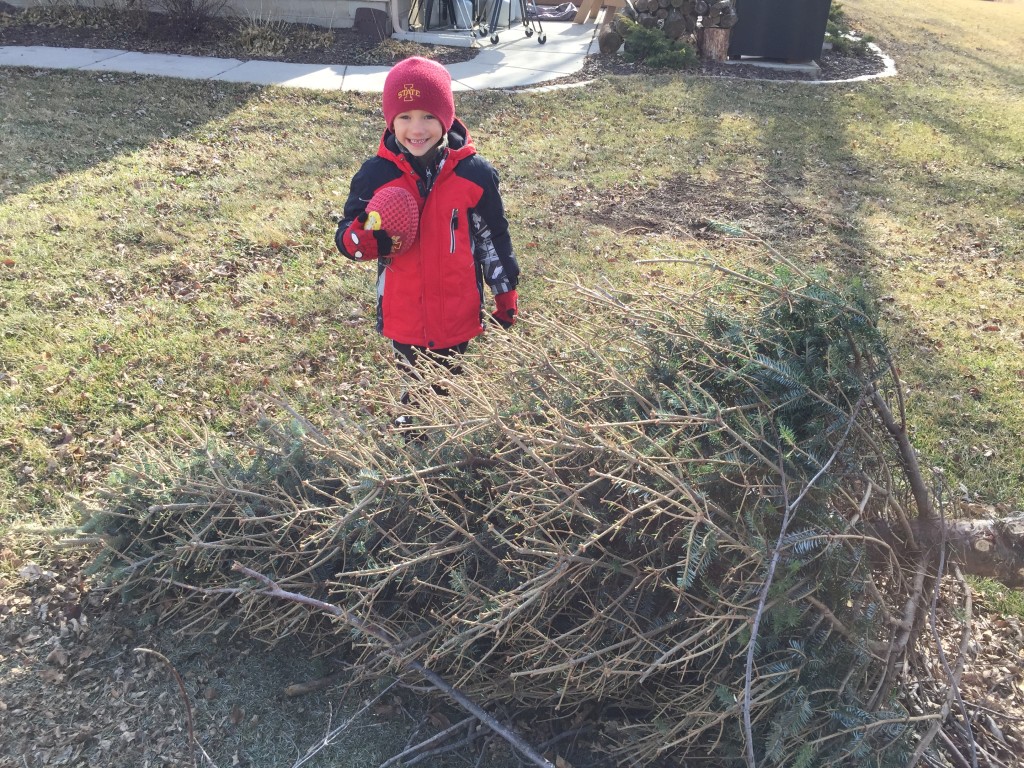 We only had this tree for two weeks. It was deader than a doorknob! 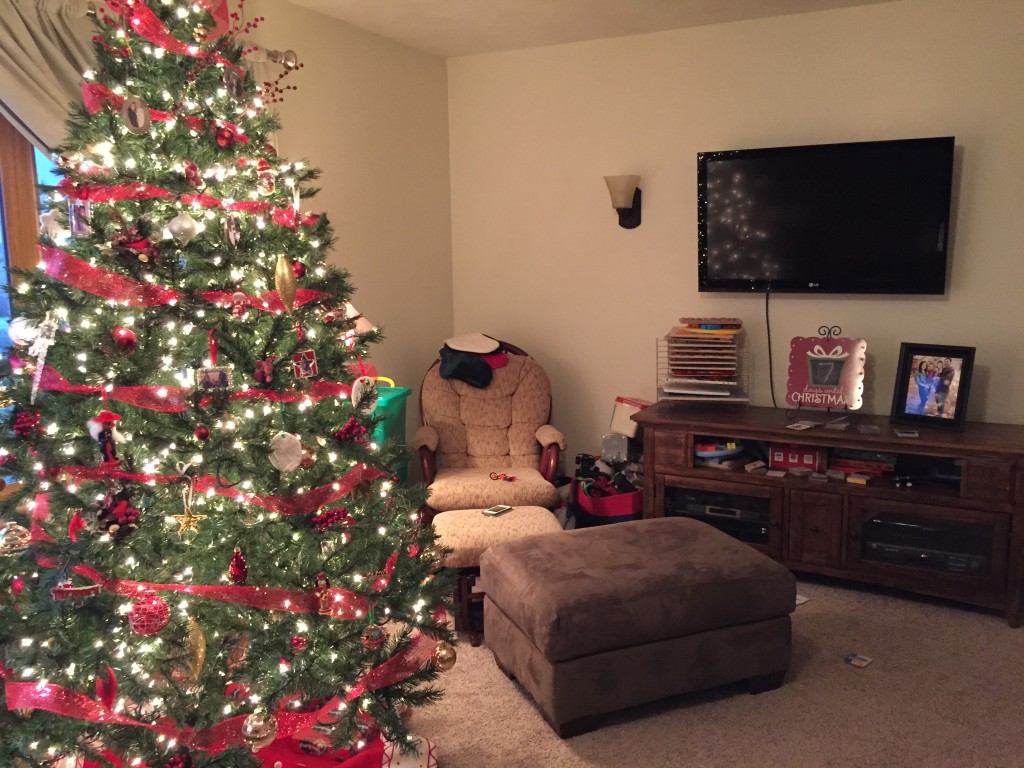 Luckily Kevin’s grandma had an artificial tree that we could borrow! It was beautiful! I grew up with a fake tree and Kevin grew up with a real one. Fake ones are soooo much easier! And they are still really pretty! 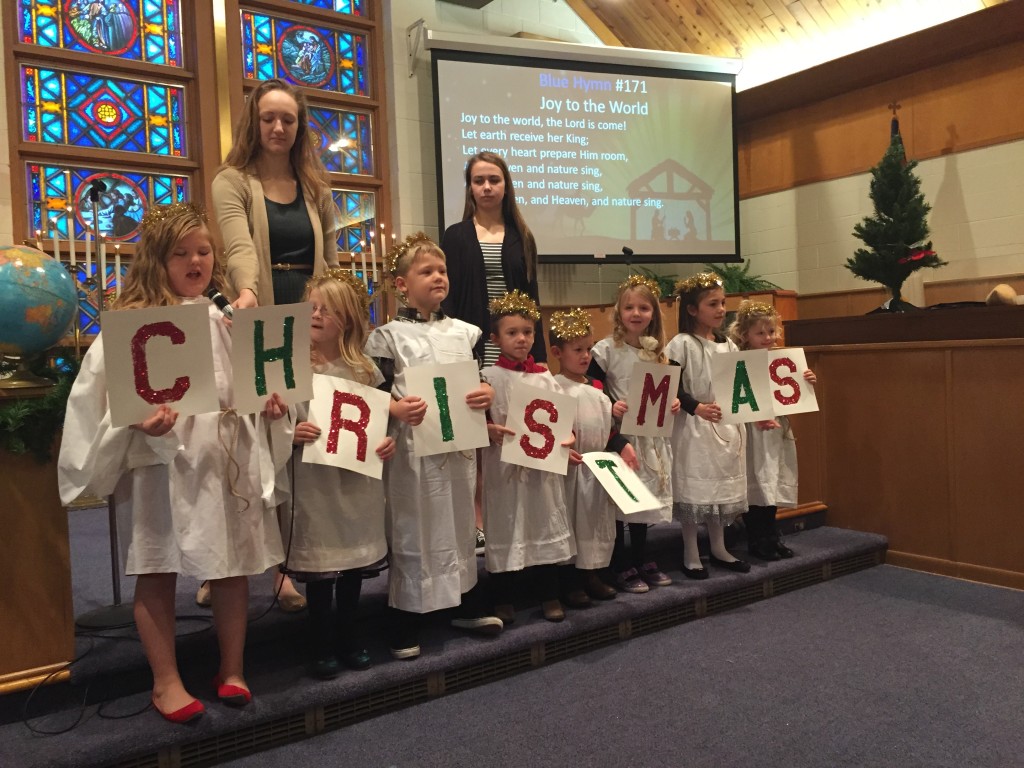 Hudson was a cute little angel in our church’s Christmas program this year.

His line was “S is for salvation, shining as a star!”

Photos of the Boys from December 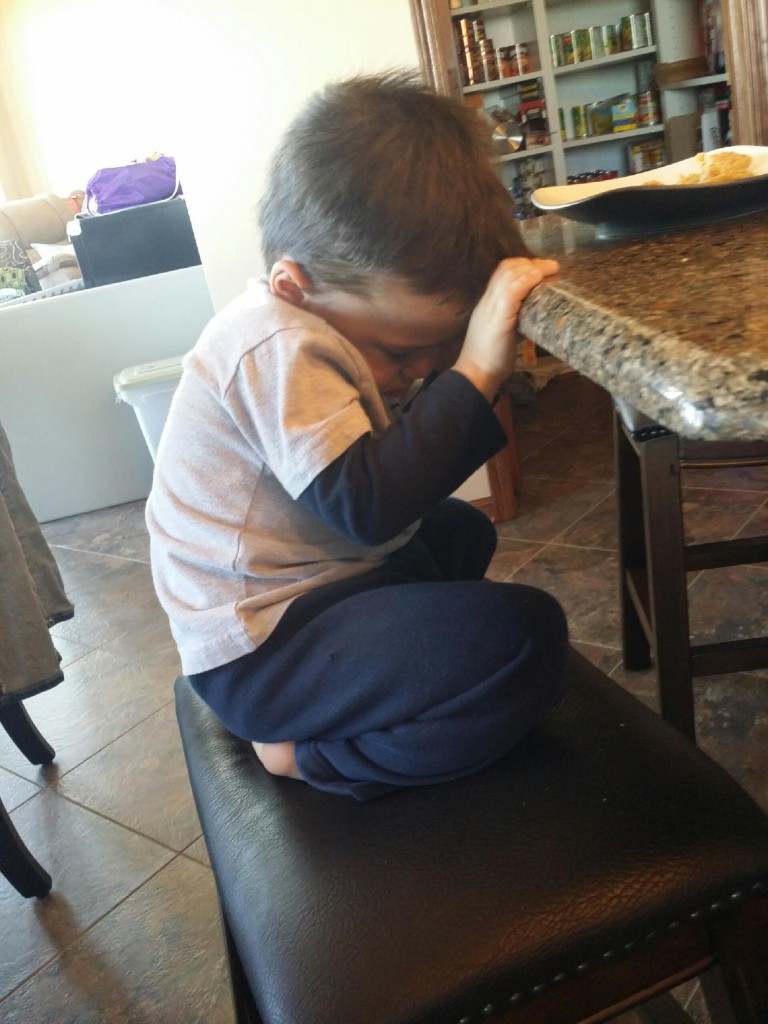 Ax was so tired after lunch one day that he fell asleep at the babysitters kitchen counter! 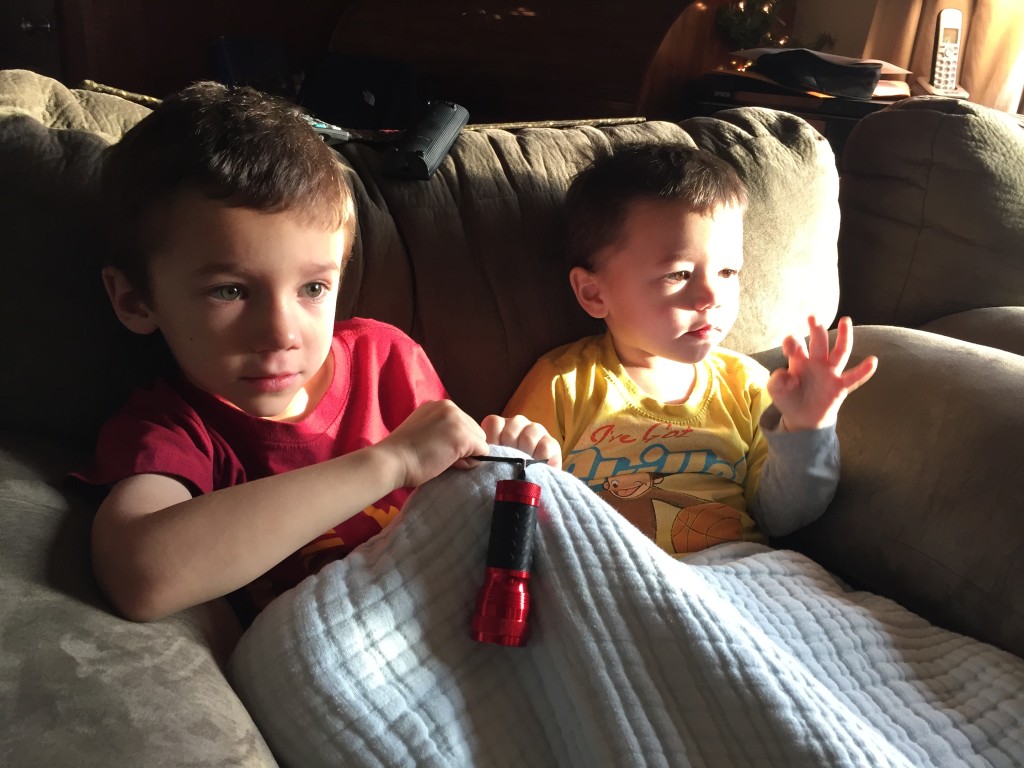 And we were sick again….coughs, runny noses, fevers, will it ever end? 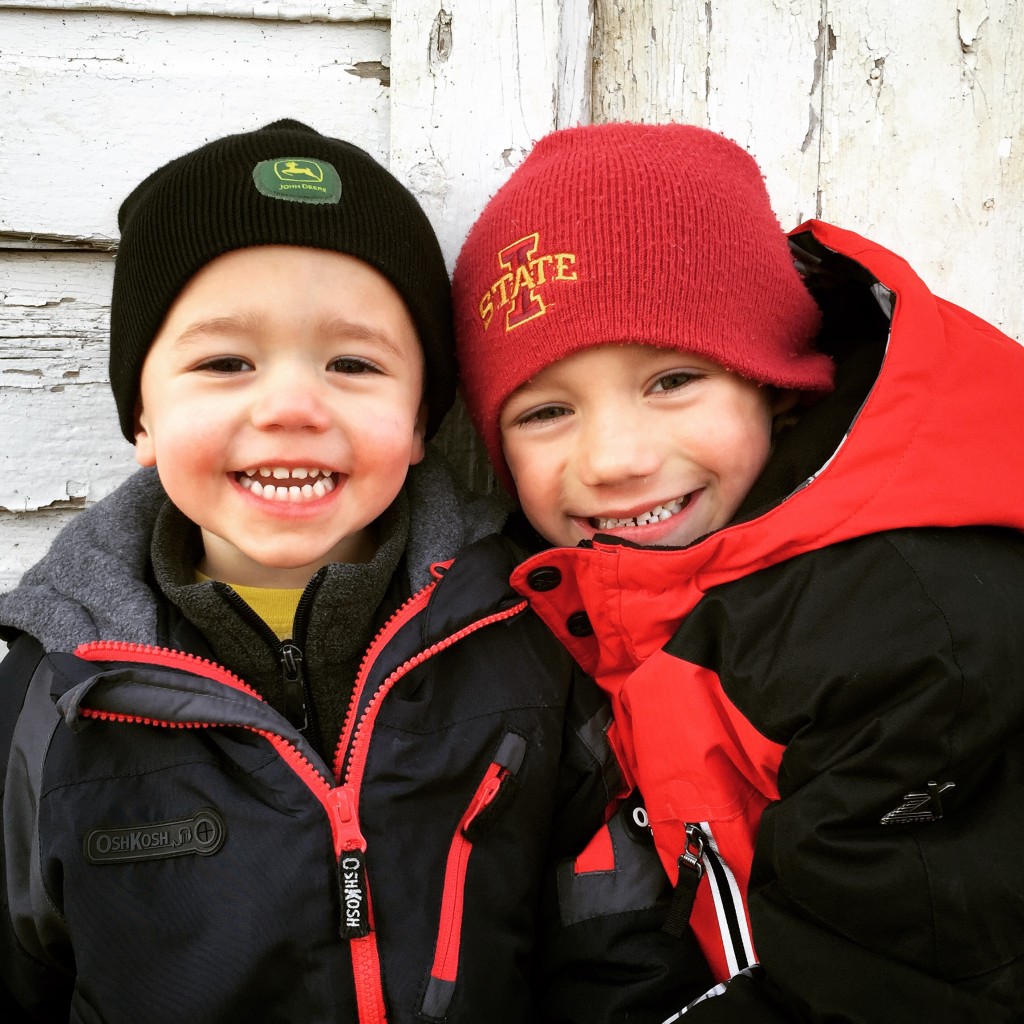 On this day they were home sick, but we were so tired of being cooped up in the house that we bundled up and went out to the barn to visit the kitties. 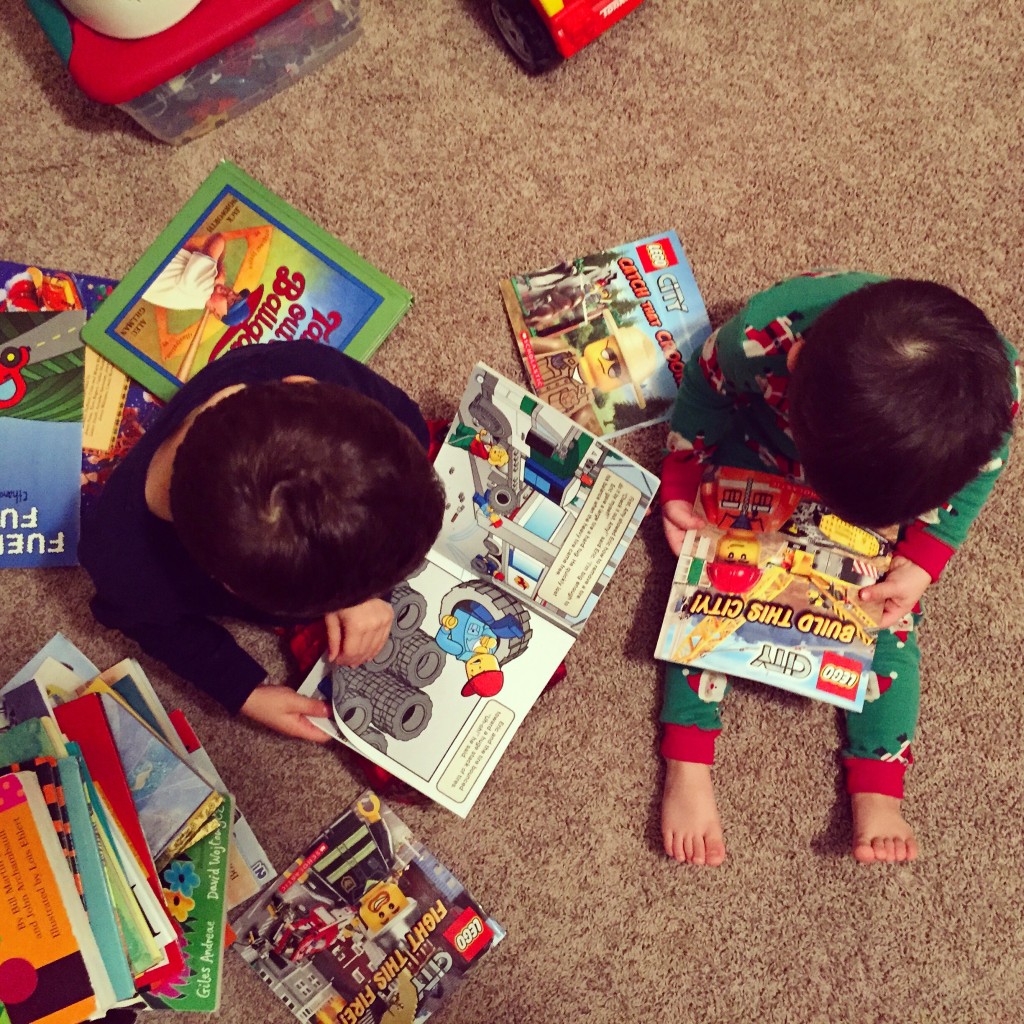 They were both sitting so nicely reading books! 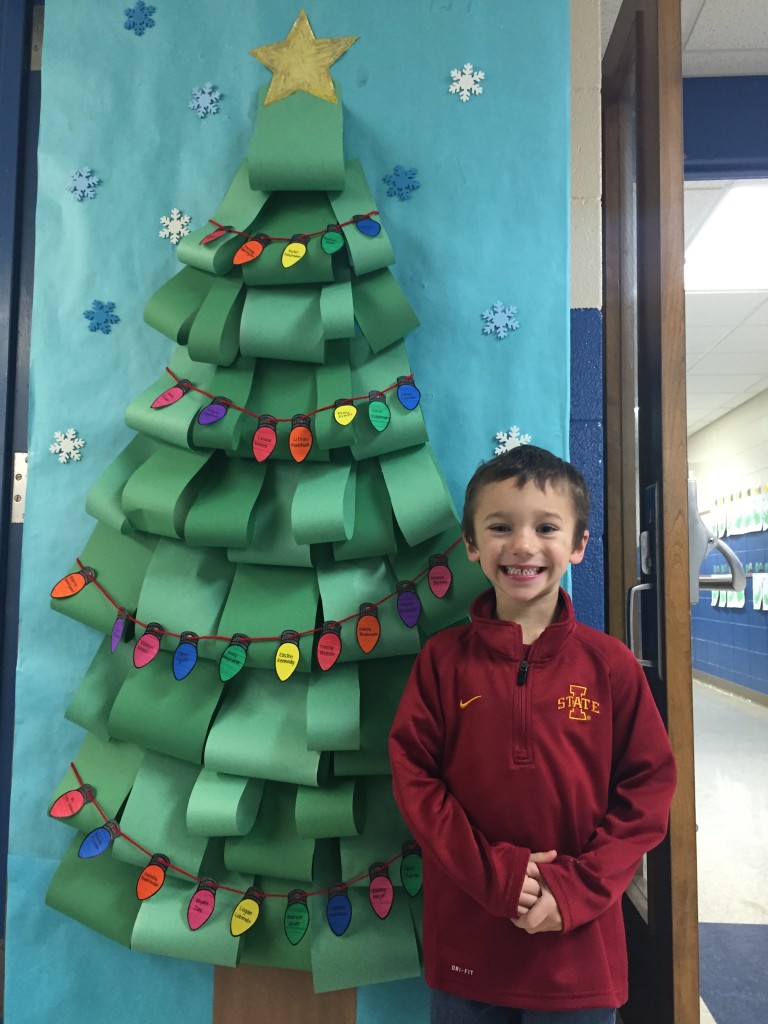 Hudson was so excited for his Holiday Party at school! 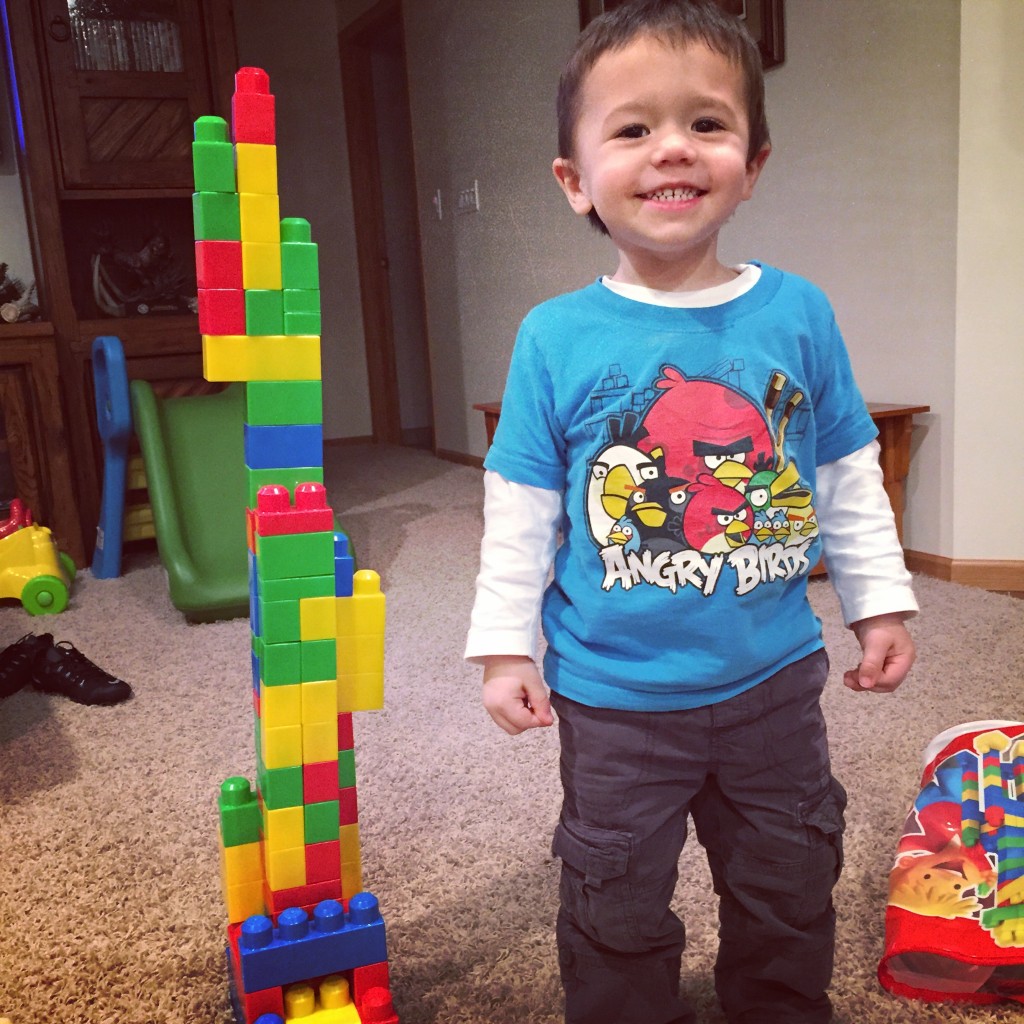 Axten was so proud of the big tower he built! 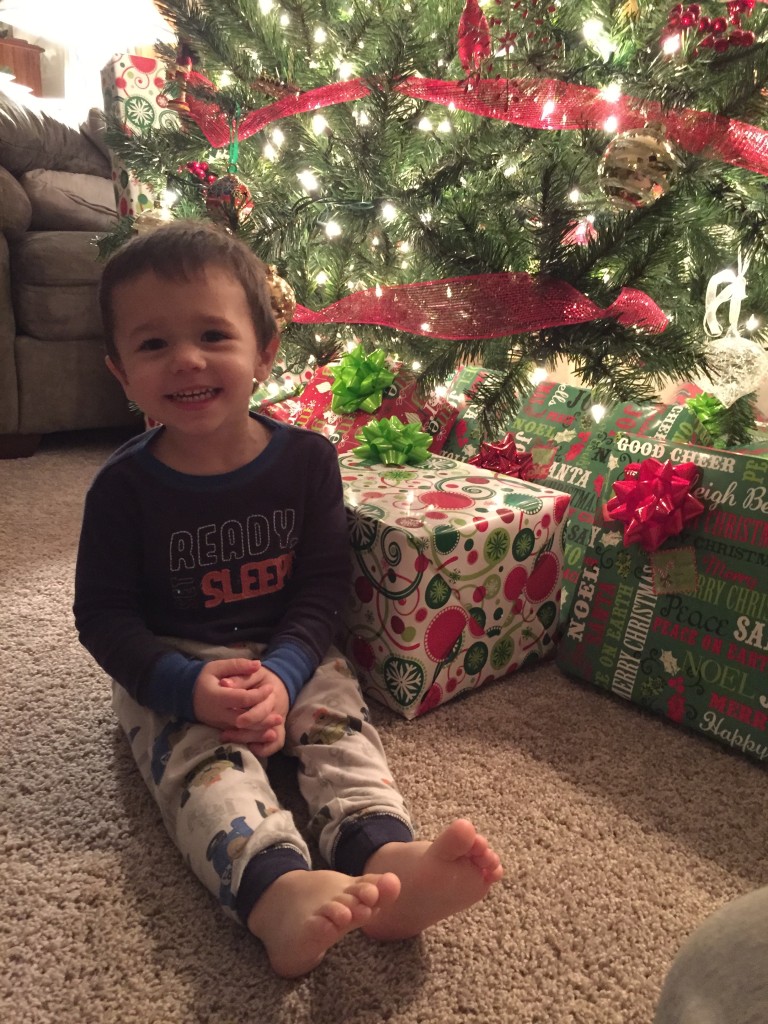 Sometimes Ax will cooperate so well! I asked him to sit in front of the tree and smile! 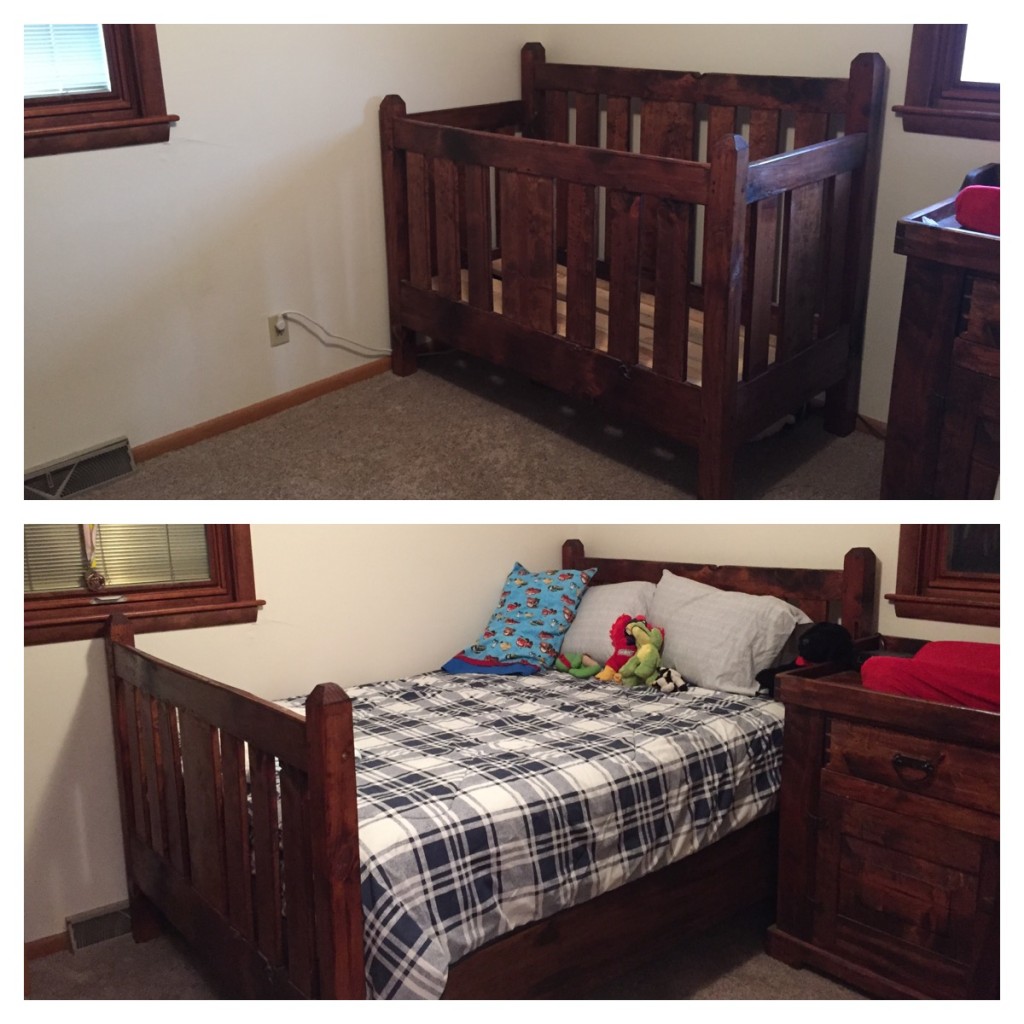 We finally converted the crib into a full-sized bed. The boys’ bedroom furniture was built by Robby five years ago. They were so excited when we surprised them on Christmas Eve! 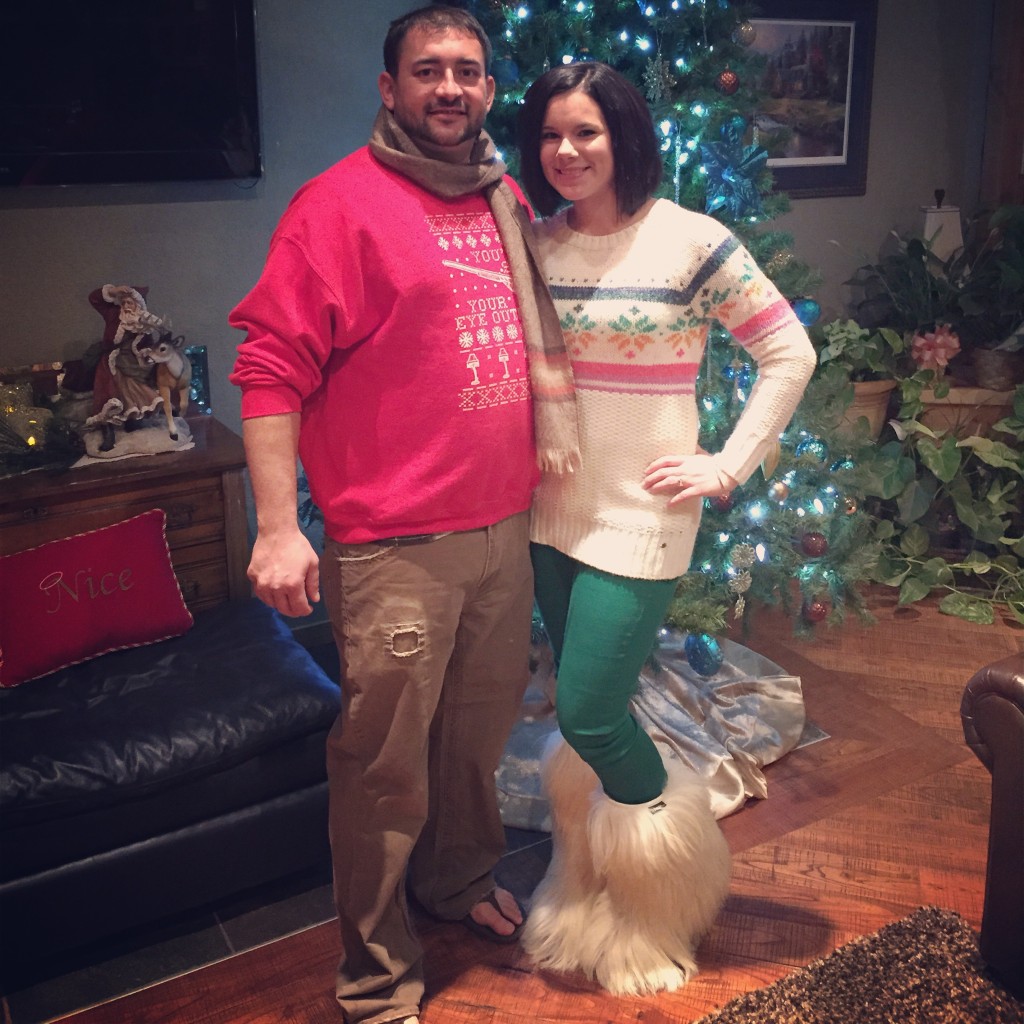 My work’s Christmas party was supposed to be an ugly sweater party, but ours weren’t that ugly I was told. 🙂 Don’t you love my boots? I’ve had them for 10+ years! 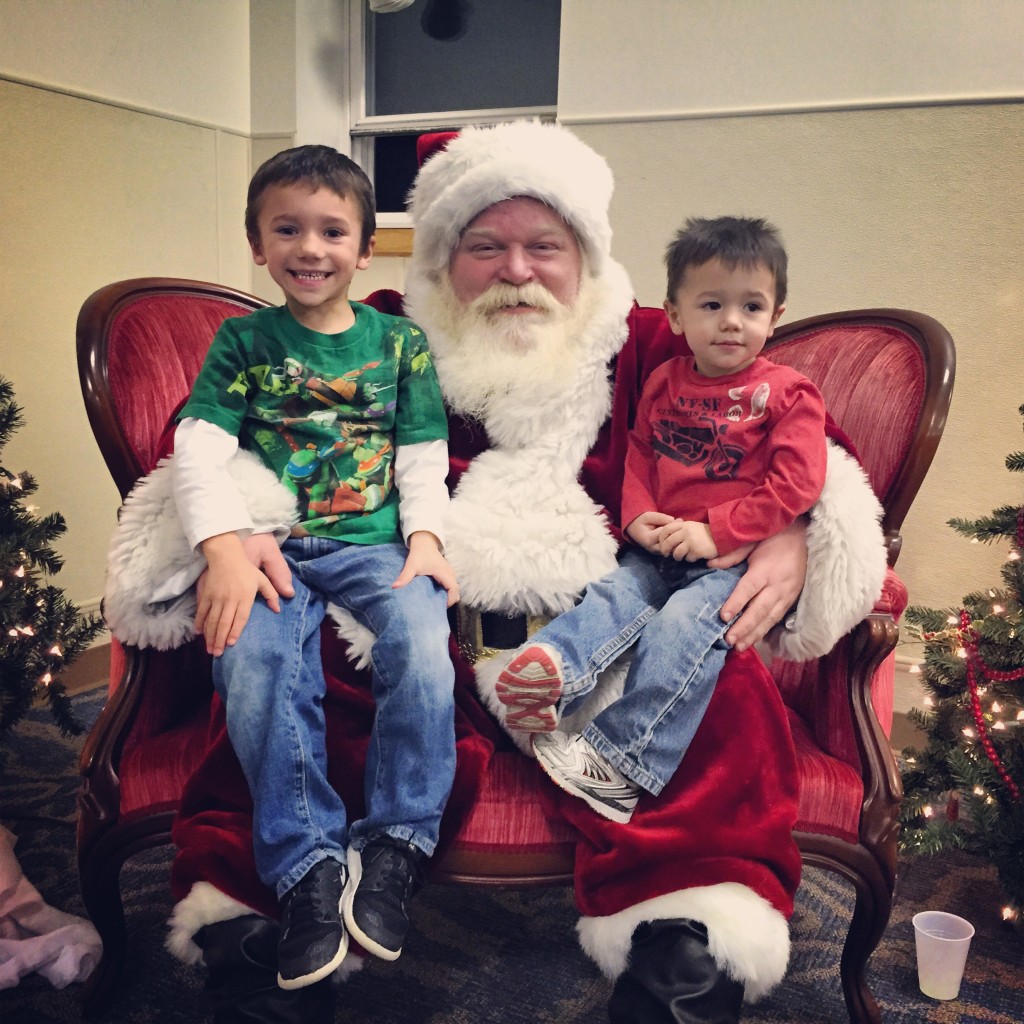 The boys got to visit Santa. I wasn’t sure what Axten would think this year, but he walked right up to him! 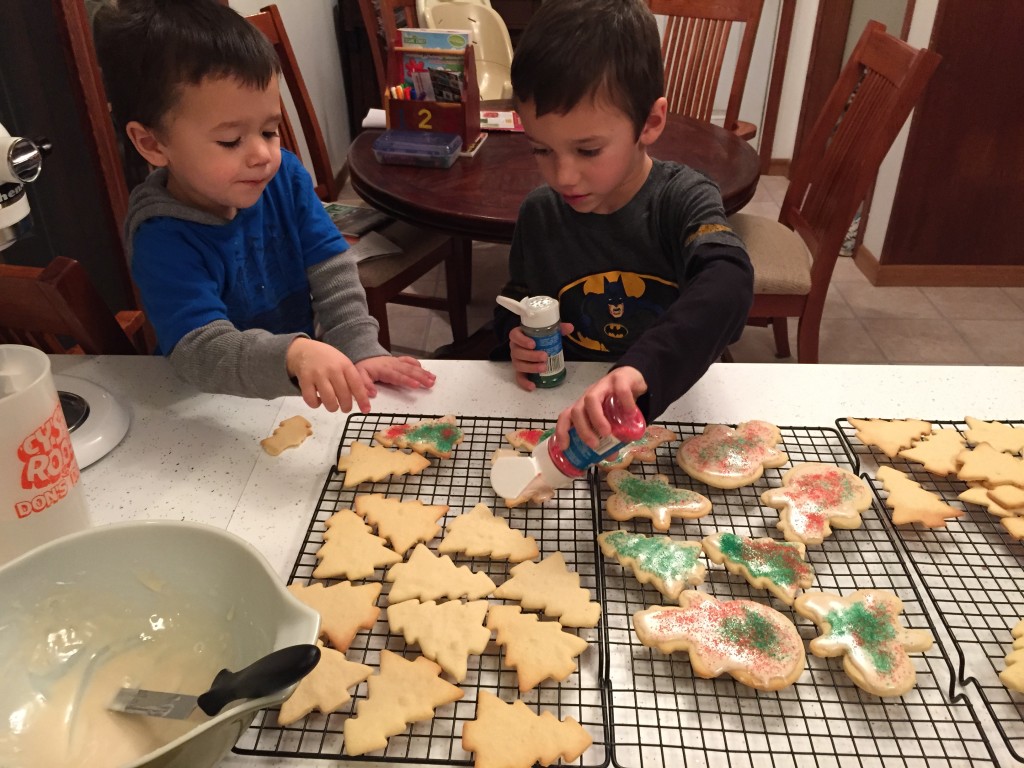 I almost forgot to make cookies for Santa! Hudson reminded me! Thank goodness! Hudson got to help with the decorating while Ax supervised. 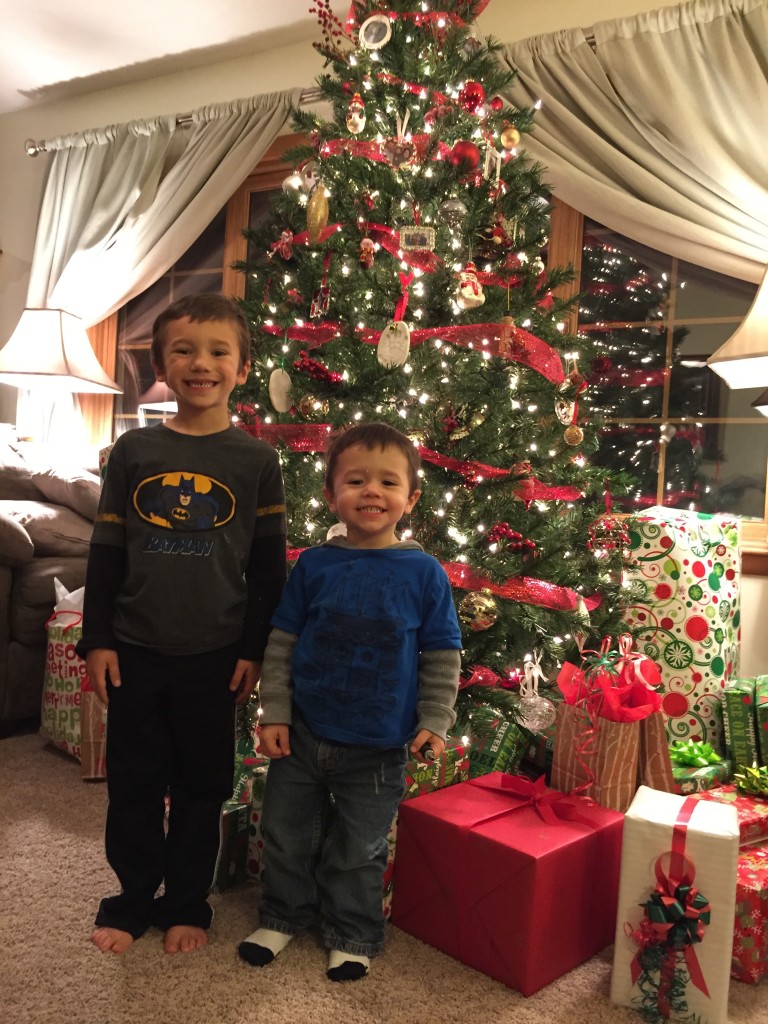 We let the boys open a few presents on Christmas Eve, but then they had to go to bed so Santa could come visit!

I thought our fake Christmas tree was so pretty all lit up at night! 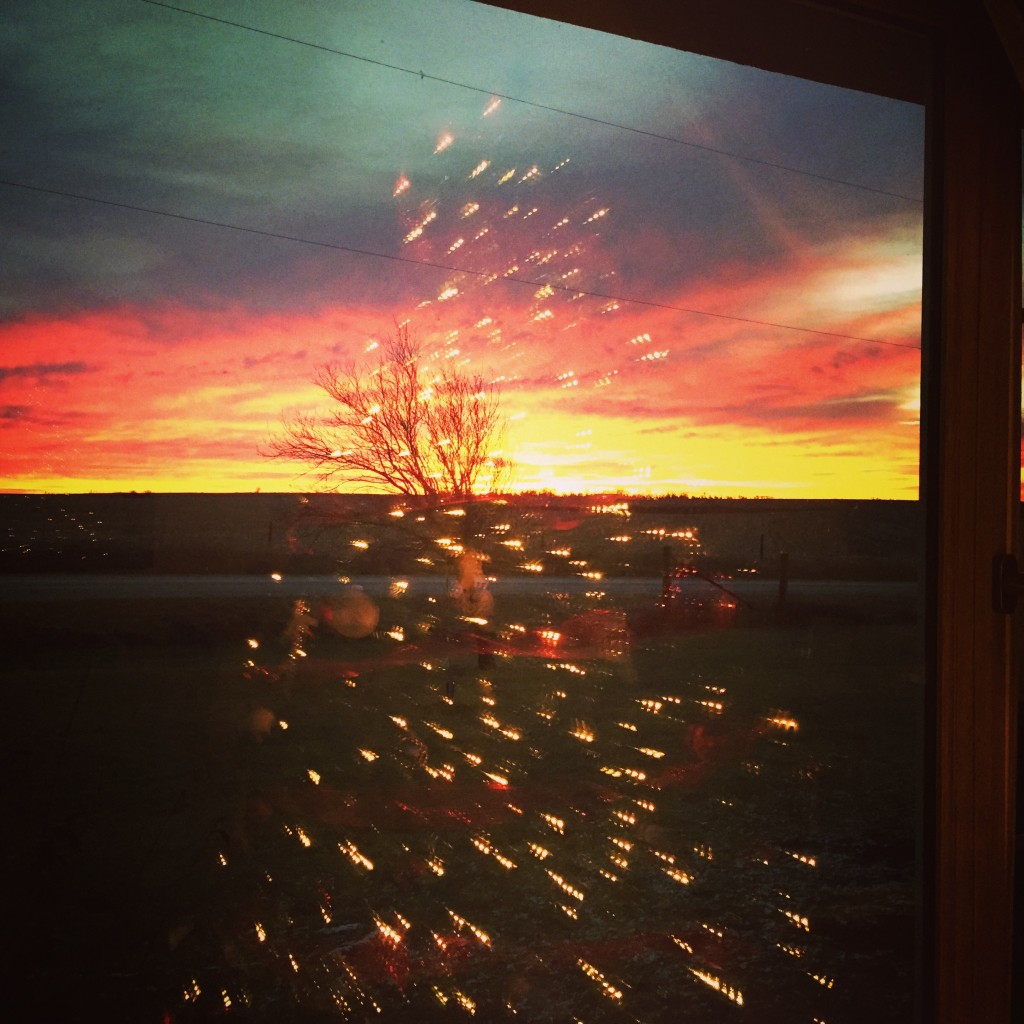 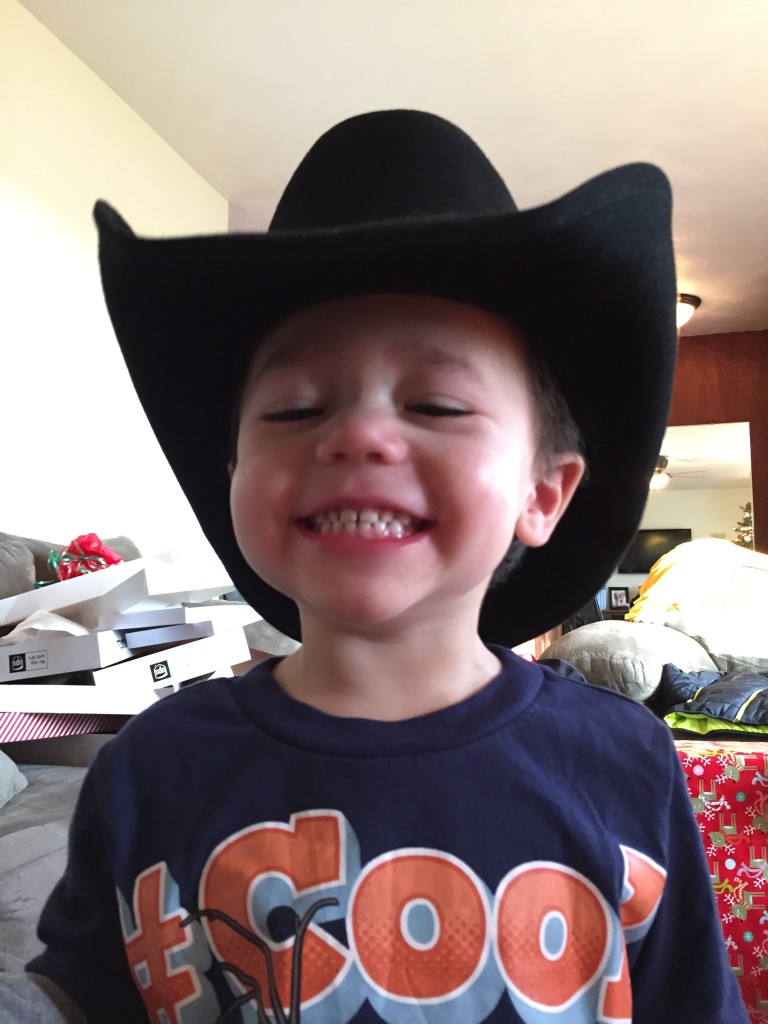 Ax got a new cowboy had from Santa!

Hudson was so excited for his Legos! He will sit and read the directions step-by-step and put them together all by himself! 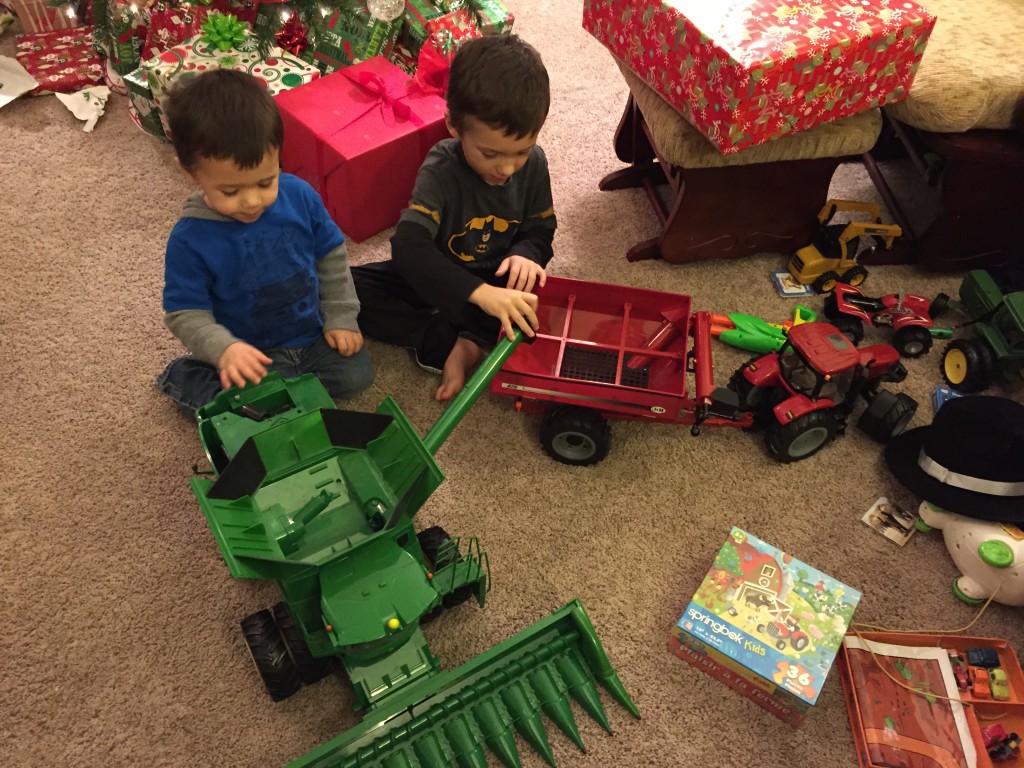 Why, oh why, does their farm equipment get bigger every year?!?! This is as big as it gets right?? 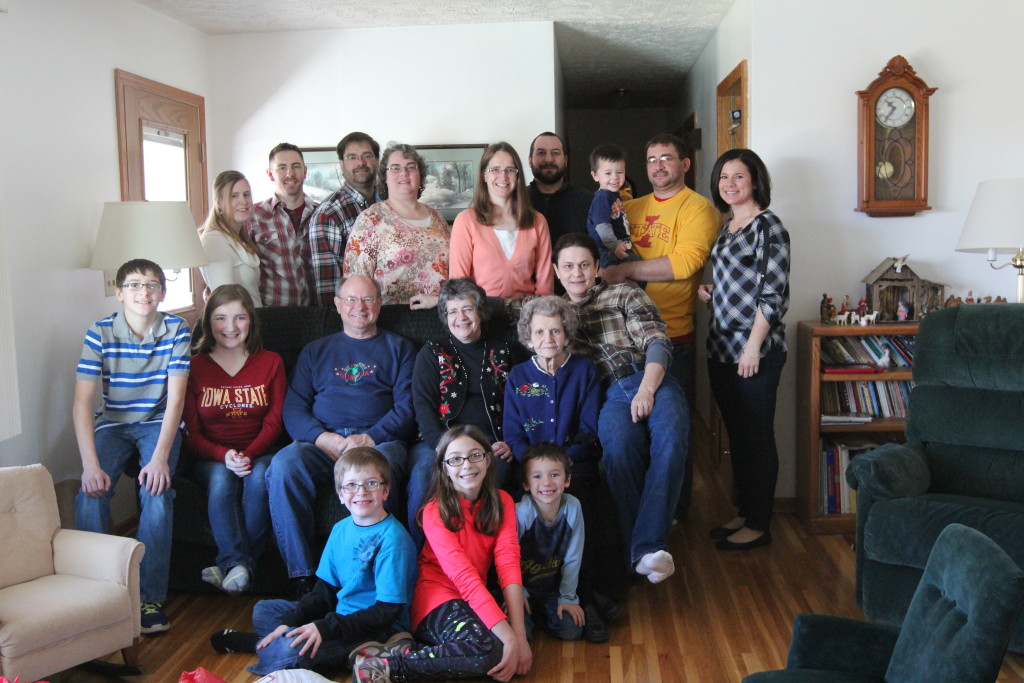 Later on Christmas Day morning we headed down to Kevin’s parent’s house to celebrate Christmas with his family. 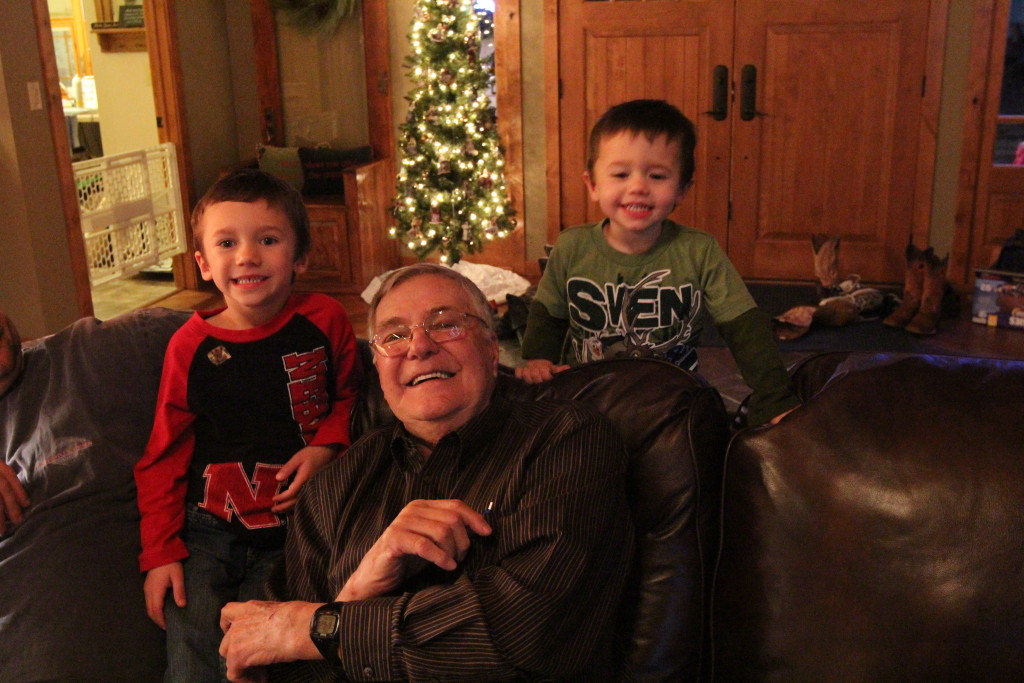 Then the day after Christmas we headed to my parent’s house and celebrated with “Grandpa” Dan the first night. 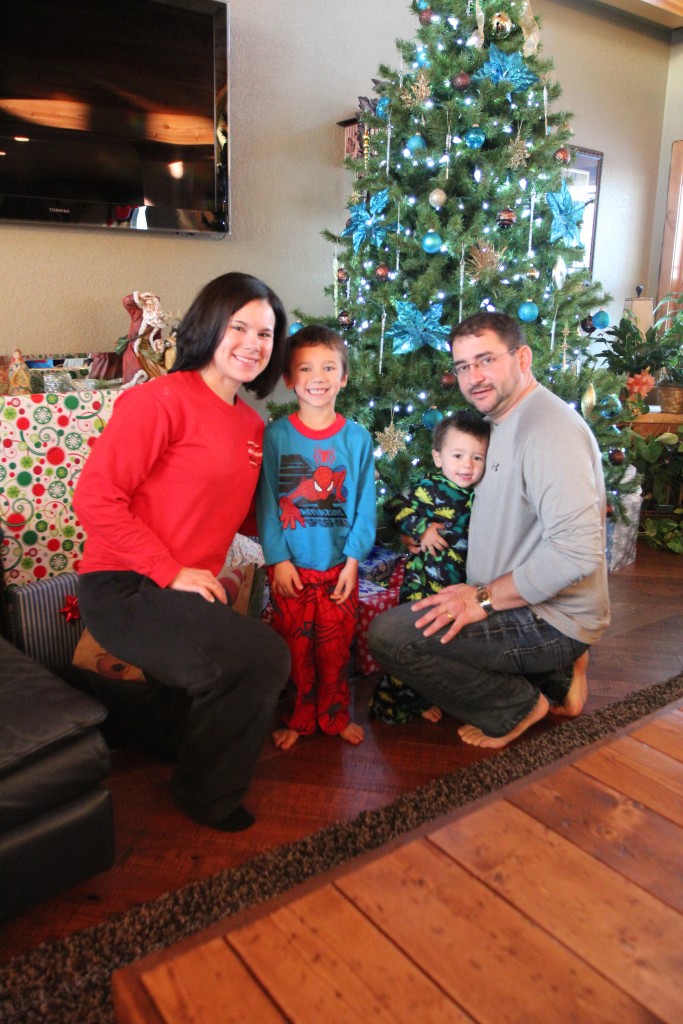 Then the next morning we celebrated Christmas with my immediate family. 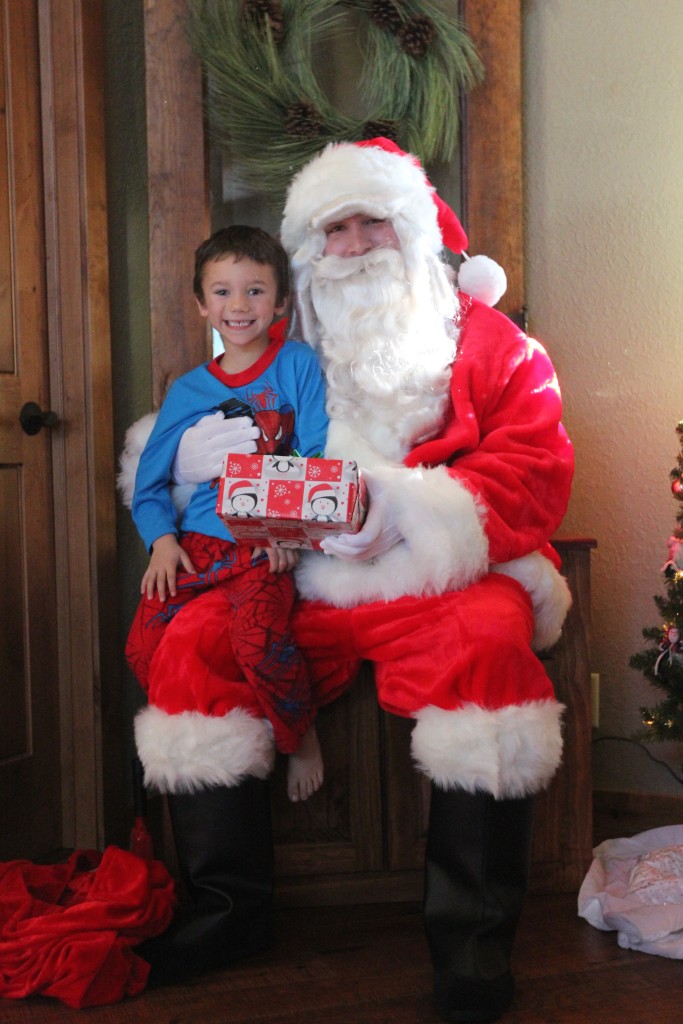 Santa made one more stop before he headed by to the North Pole! 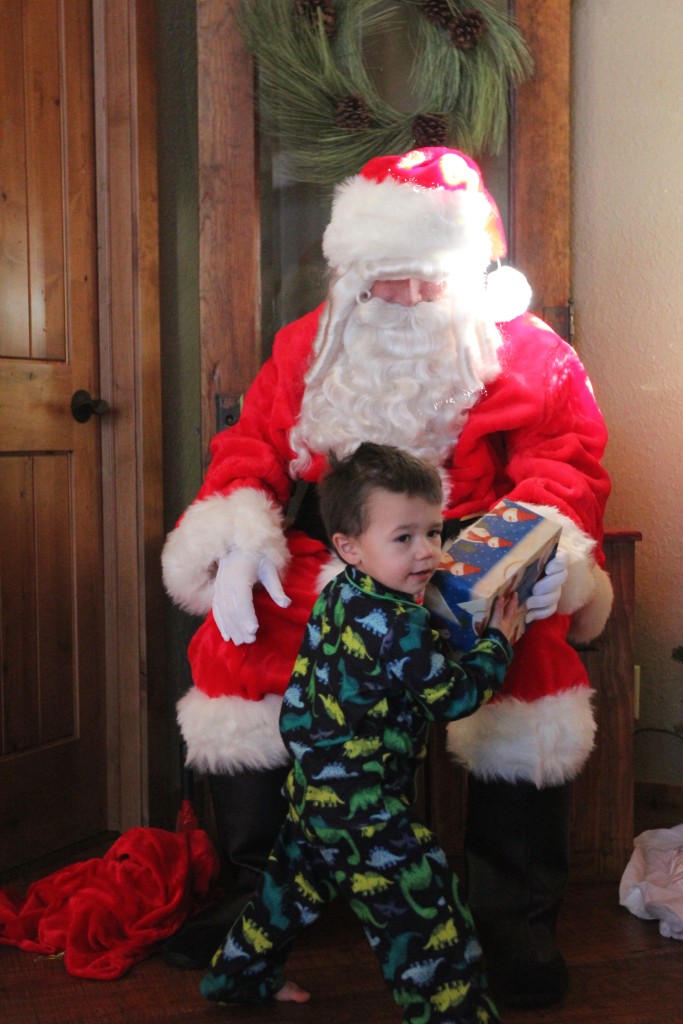 Ax had enough of Santa and just went in for his present.

How was your Christmas?  Did you travel anywhere fun or stay home and celebrate there?  We were able to do a little of both!  Hope your 2015 is off to a great start!