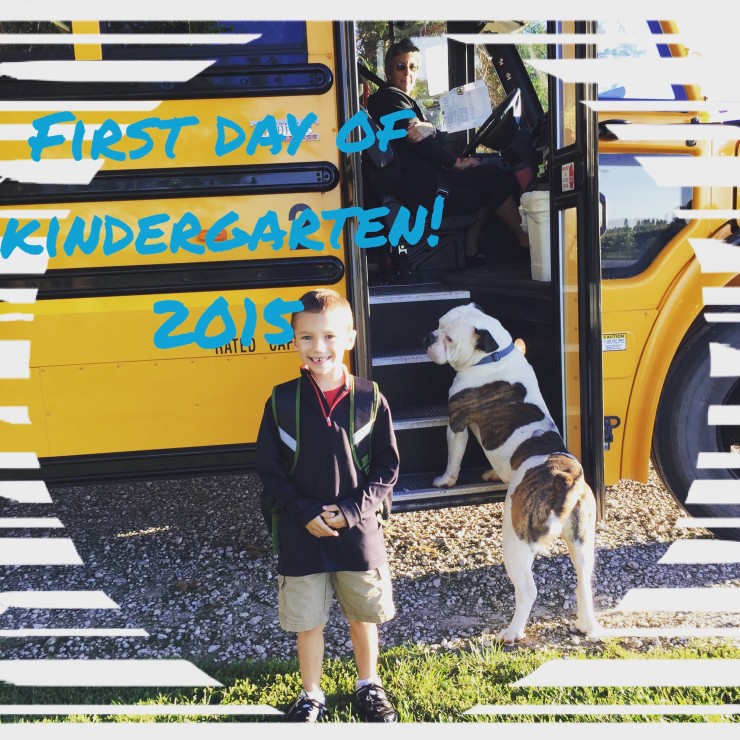 It’s the beginning of the school year today and Hudson is off to Kindergarten! We decided that he was going to ride the bus this year, mainly because after I have the twins I don’t think it will be very easy to get four kids out the door twice a day to drop him off and pick him up, so we figured we’d start the year off riding the bus.

We had to take a quick picture by the same tree as we did last year.  I believe they have both grown!  As you can see Hudson is minus a few front teeth!  I couldn’t believe when he told me about a month ago that he had a loose tooth!  It didn’t seem possible that he could be loosing teeth already!  The first one came out at the demolition derby at Westfair (with the help of his dad) and the second one came out the day before his Aunt Megan’s wedding (also with the help of his dad). 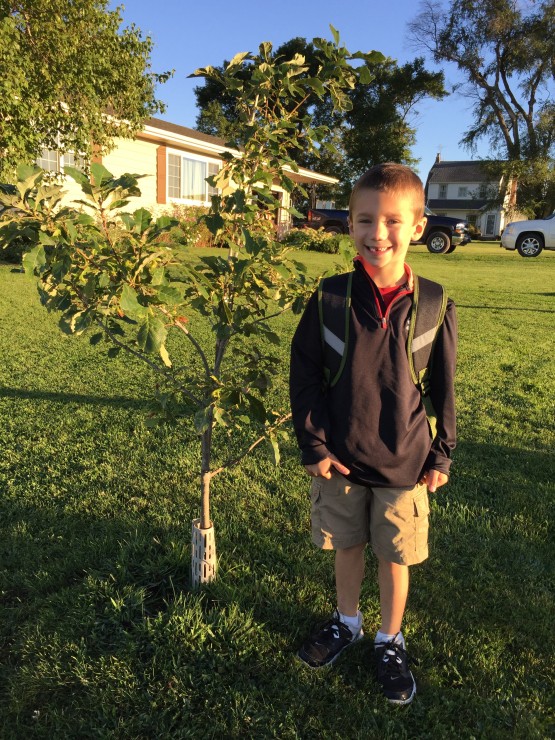 As excited as Hudson was for the bus to come and take him to his first day of kindergarten, Axten was feeling the exact opposite!  I made their favorite breakfast this morning (Micky Mouse shaped pancakes like Grandma Sharri makes) and got them both dressed.  We had a little time before the bus came so I snapped a few pictures of them.  Ax would not smile.  You could tell he was sad.  They are pretty attached to each other.  (Side note: I only had a slight say in Axten’s outfit today, the rest was all him!) 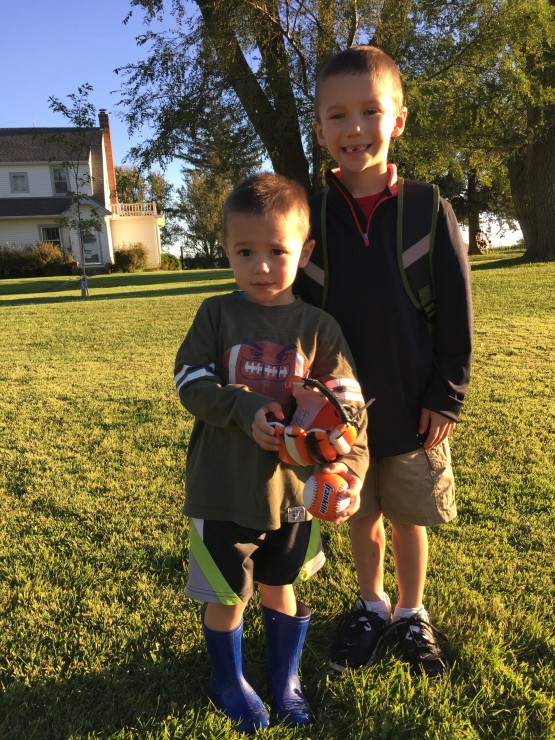 As we sat on the front step I tried to get one more picture of them together, but the sun was too bright!

I wasn’t sure how it was going to go this morning.  I was hoping that I wasn’t going to have to push a crying kid on to the bus, but he did great! He has the same bus driver that his cousin did 20+ years ago and she even drove Kevin a year or two!  Hudson thought that was pretty cool!  As you can see he was all smiles and hopped right on the bus! 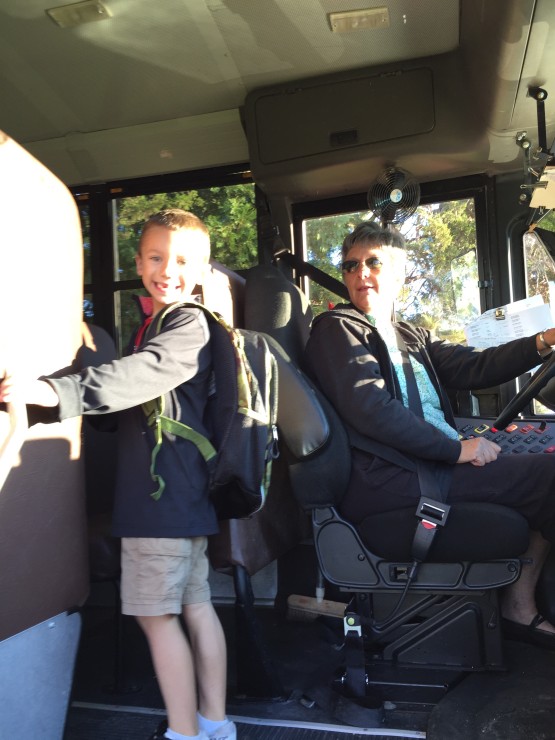 I was fine because he was so happy and excited.  Then I saw Axten and he was almost crying!  I almost teared up at that point! 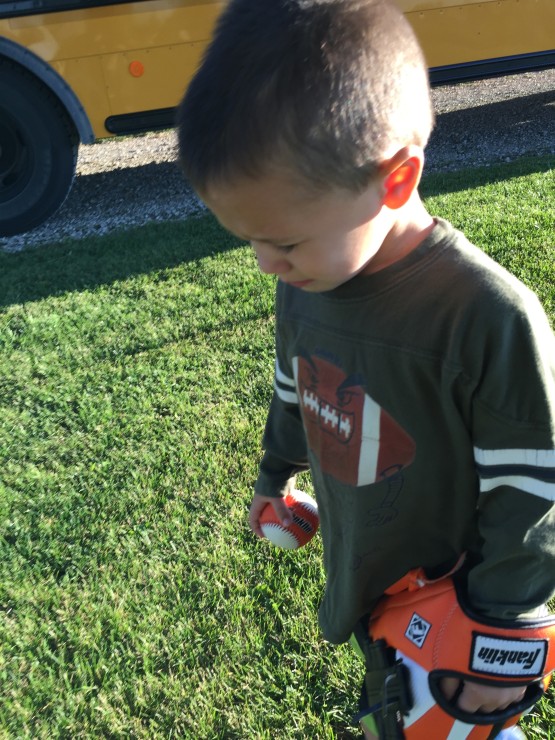 We watched the bus drive away and headed on to the rest of our day! It’s nice to be back to a set schedule, although it will be short-lived for me!  Hudson has always asked when the twins will arrive and I’ve always said sometime after school starts.  Well, that’s here already!  I’m hoping for about six more weeks before they make their appearance.  We’ll see how that goes! 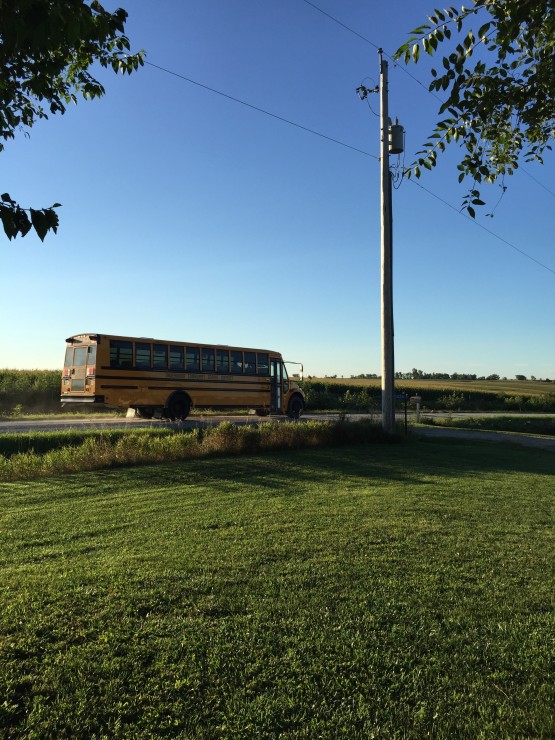 Here’s to a great year at school!

UPDATE:  I thought these photos were too cute not to share!  Before the bus brought Hudson back home on that first day of school I went and picked Axten up from daycare.  I wanted to see what he did when he saw the bus coming up the road to drop off his big brother.  He was so cute! 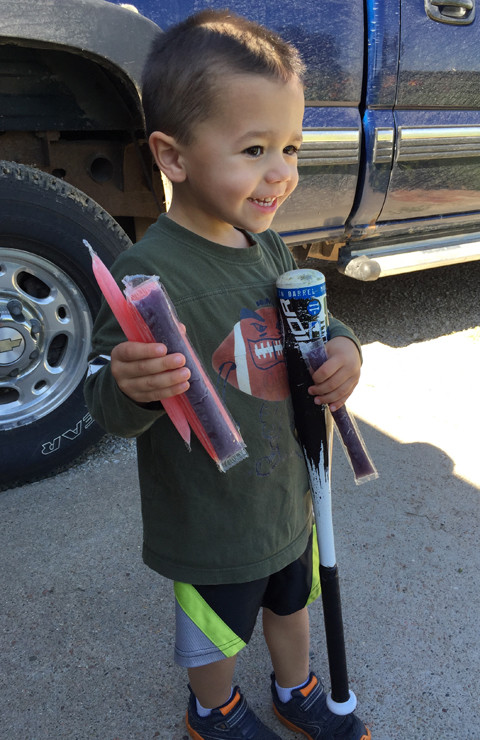 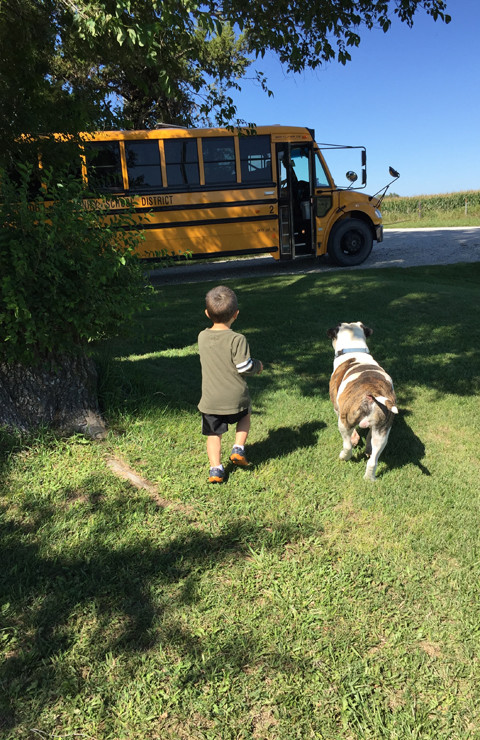 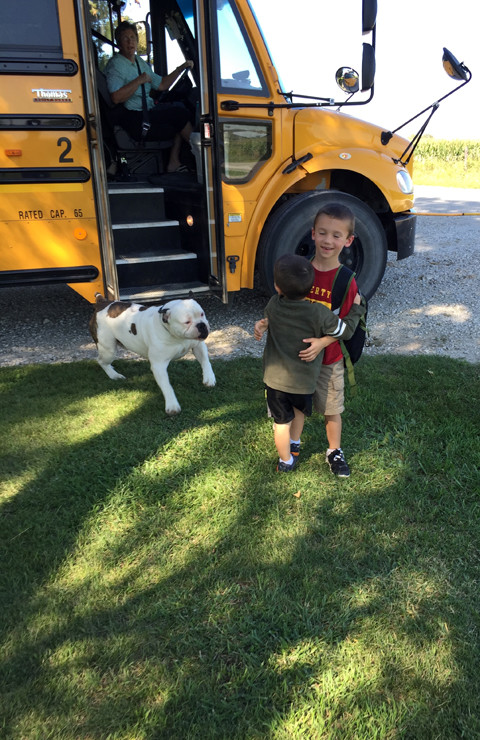